Originally mentioned in passing in a number of underworld handbooks, there have been rumours and unconfirmed sightings among delvers and cavern raiders of a creature that dwelt in these depths beneath The Sea of Mists. Large primordial beasts that appear to wade through water like the moving tides. While the ramblings of explorers such as Respiren and Grakkus are normally taken with a pinch of salt, recent successful expeditions into the uncharted tideless expanse have encountered many bizarre forms of life. In particular the Lihlapioquis, a large aquatic quadrupedal creature that moves through the great tidal pools as if it was a part of them. Although the Lihlapioquis appearance may be unsettling to behold, they are said to be gentle and peaceful creatures. 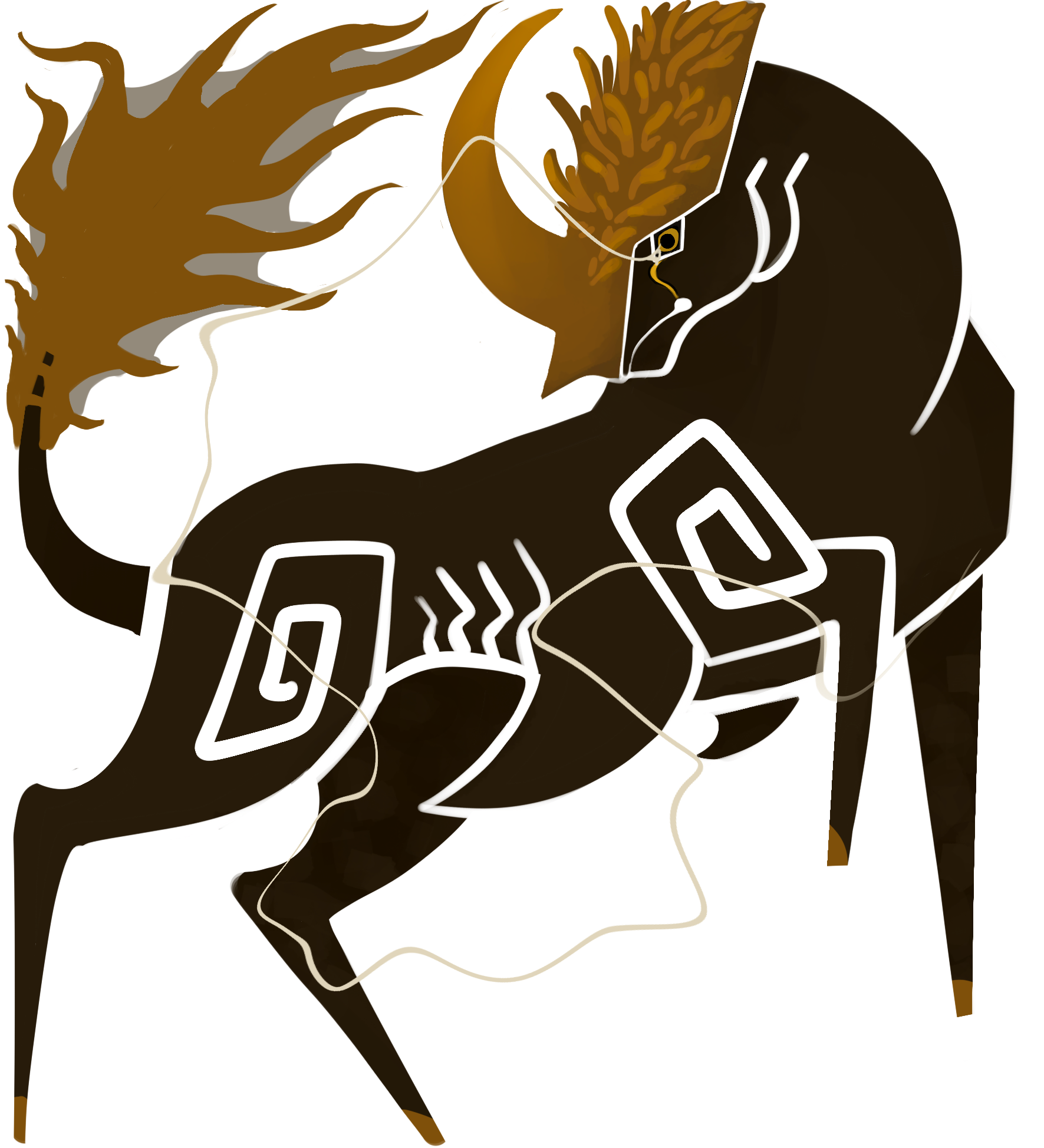 It has been noted that Lihlapioqi are piscivore from the observation notes of Wayward Druid Respiren and It is often seen motionless by the side of pool or on the shores of the expanse, whiskers submerged beneath the surface and eyes unblinkingly focused for any sign of movement, ready to strike. 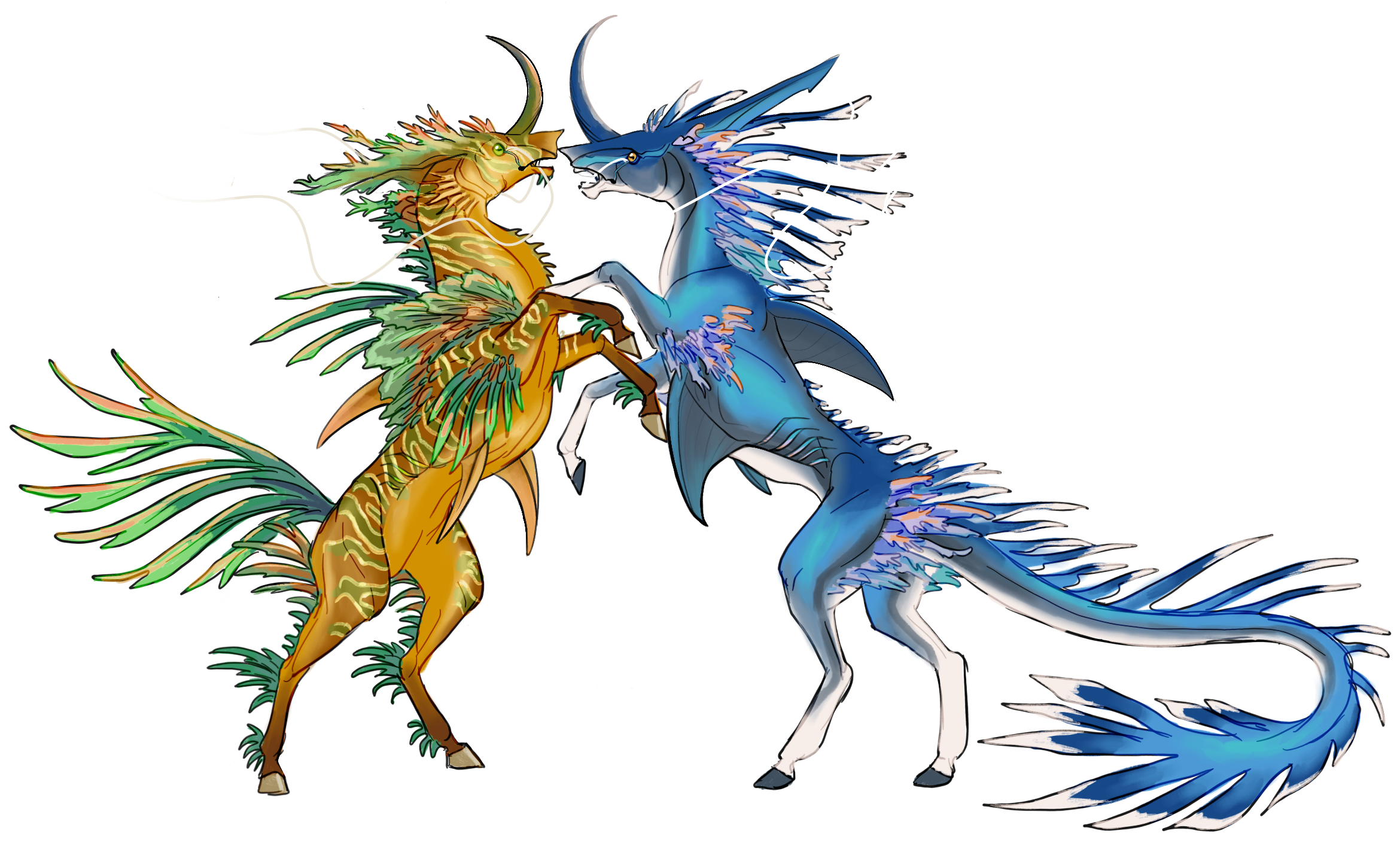 by Jananjuda
Adolescent males are highly boisterous, often fight each other over territory. Recognisable from their bright colouration they will use their horns as gouging weapons during these violent clashes. 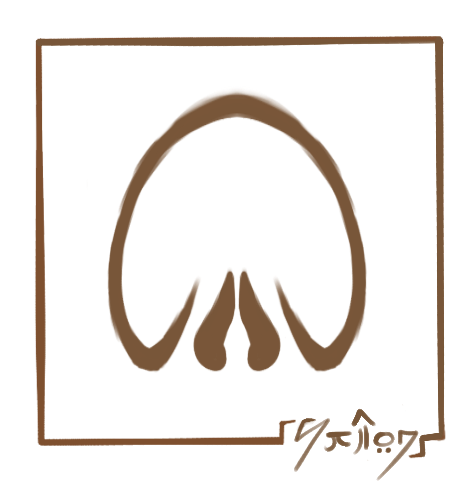 There has been some speculation among underworld zoologists that the Lihlapioquis is from the same phylogenetic tree as the Tarishalyu, due to the simulates in the appearance and biology of both species.
Conservation Status
newly discovered species
Geographic Distribution
Discovered by
Wayward Druid Respiren

Lihlapioqi have ovoid eyes visibly lacking traditional mammalian eyelids; instead it appears these creatures possess a thin transparent membrane cover which acts as a sort shell over the exposed eye, called brilles and although they lack the ability to blink or close their eyes, they can narrow their irises to a mere slit when they are sleeping.

They appear to discriminate colours with magnificent distinction in dim cavernlight where even native underworld dwellers are left mostly colour blind. The sensitivity of their eye has been estimated to be a hundred times higher than that of Dral'azie and it has been documented that they are especially sensitive and agitated by the colour spectrum produced by magic users - though it is still unclear as to why or what specifically causes this.   One of the most prominent features are it's distinctively long whiskers flowing behind the beast. Fully prehensile, they can grow to an excess of four meters in length, a specifically tuned sensory equipment that guide the creature through daily activities. Capable of detecting very faint vibrations caused by changes in air currents, aiding to navigate their environment by providing additional sensory input, much like the antennae of an insect. 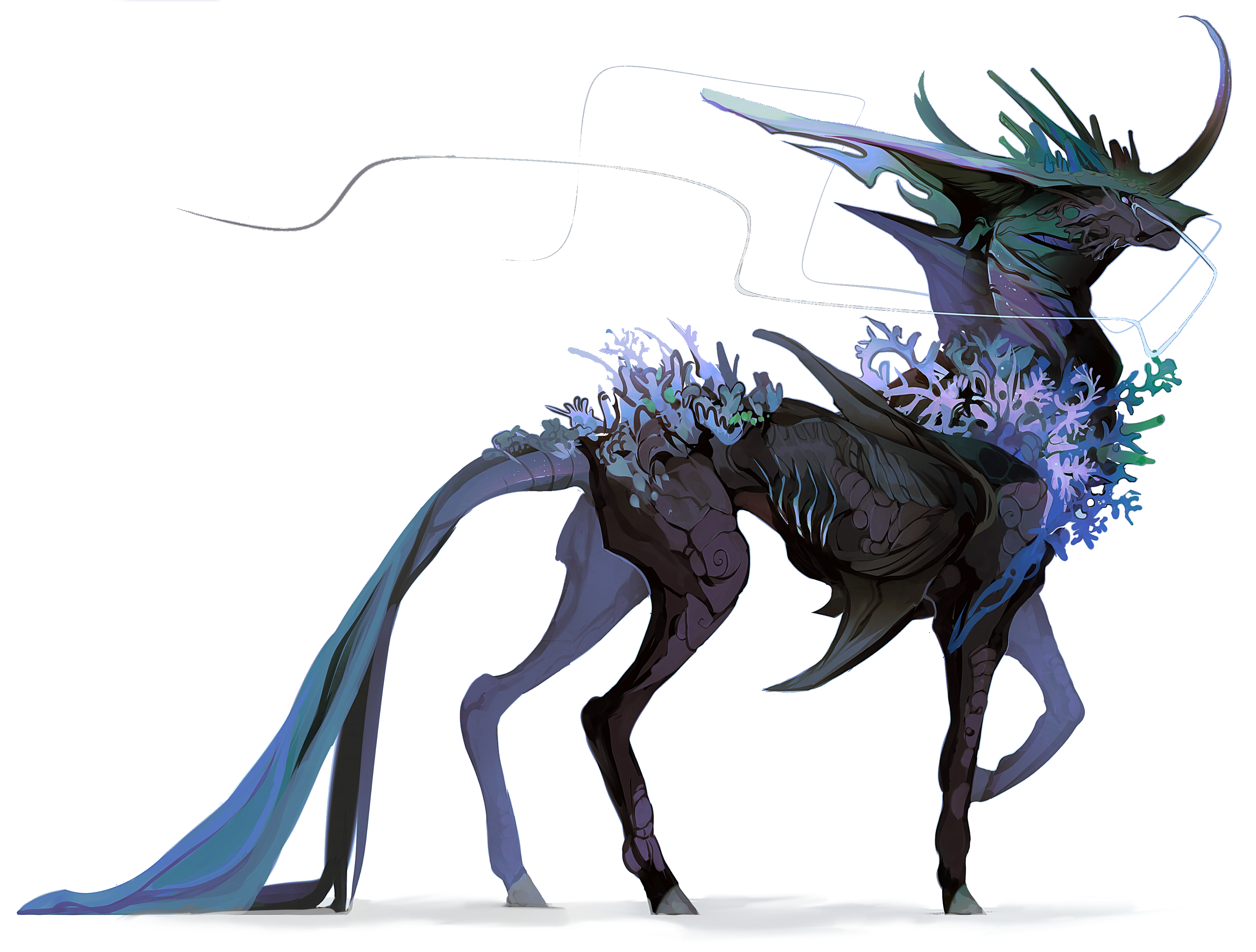 TT the untrained eye Lihlapioqi can easily be mistaken for horses from a distance due to their equine like silhouette. Enveloped by impressive coral plumage, believed to be used as a lure for fish and crustations or during courtship rituals. The plumage of the males being far more elaborate and colourful amongst the male Lihlapioqi. Their skin, while appearing soft is built up of a matrix of tiny, tooth-like structures similar to that of a shark. Proving to not only offer them protection from most predators in the expanse from being incredibly hard and durable, but also decreasing drag. Allowing the Lihlapioquis to move effortlessly through water. As the Lihlapioqi enters adulthood this scale like hide begins to slowly harden. Becoming hard garnet like plates that covers their backs, become far more pronounced among elder Lihlapioqi.

Answering: "A recently discovered, or rediscovered, species."
Visit ChroniclesofEvalaw's Competition Page Check all other answers to this prompt Competition Homepage