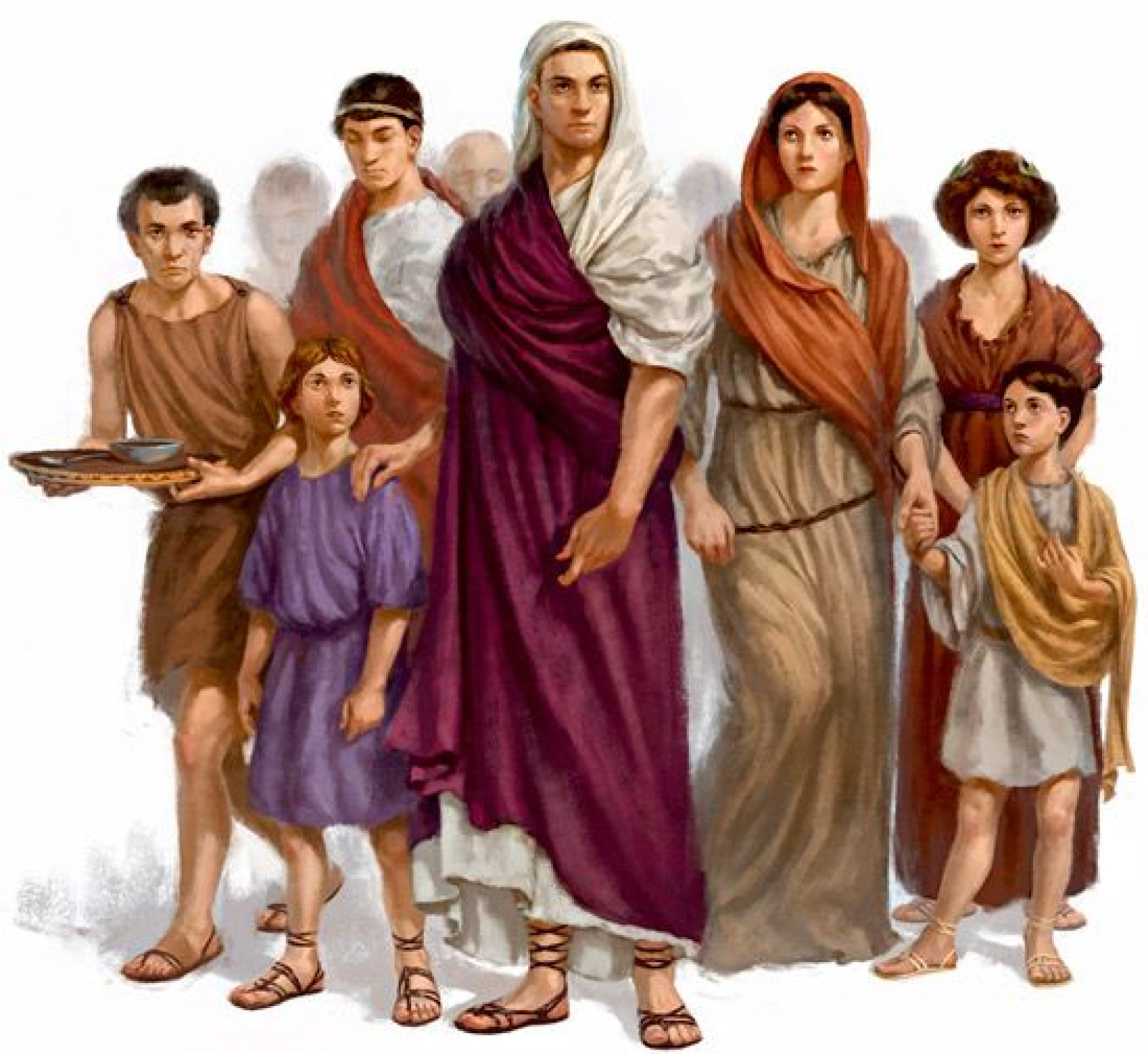 The most powerful of the Lakic peoples and founders of the Rasennan Republic, Principate and Dominate.

The Rasenna shifted greatly as their power and influence grew, if a Rasennan of the Empire could look back at their distant forefathers they would be disgusted with their perceived barbarity as the Rasennans were a cultural backwater compared to their southern Lakic neighbors. Rasennans were mainly herders, they were musicians, athletes, and notorious partiers not politicians, philosophers, or soldiers like they would be stereotyped as in later years. Early Rasenna was a rustic land filled sporadically by polities that shared culture and values but also rivalries and pettiness. The Rasenna of the Republic and Empire was a near-mythic trendsetter of the land they ruled as their culture brought formation and stability where it went. From the Lakic Peninsula to the entirety of the Carran Sea, the Rasennans became known as people of adaptability, resolve, and duty.

As they grew, the Rasennans put further belief in the idea of the Mos Maiorum, the "way of the ancestors" was always flexible but the idea of an unwritten code of life, honor, family and the state grew to reflect how the Rasennans saw themselves and their countrymen. The Rasennan idea evolved from wild, unbending and an almost reckless abandon to one of discipline, piety and respect at least in how they saw themselves.

The Rasennan idea of etiquette was that publicly one was to be respectable and honorable at all times. Privately it was thought one could be more themselves among friends. For example, in the name, one was publically called either by their cognomen, a term given publicly in the manner of a nickname, or less often by their praenomen, the name given to them by their parents which was exclusively used by family and friends as it was a term of one's closeness to refer to one another by the chosen name.

Wearing colorful togas and dresses of fine wool and cotton, the Rasenna held great imortance on outwardly appearing put together and elegant. Women wore elaborate and decorated hairstyles and men decorated their wrists with bronze bracelets and often their bicep with a silver band. Lower classes wore their own colorful tunics which were much shorter than their southern Lakic neighbors who mocked it as "uncivilized". Not caring for their complaints, Rasennan tunics were worn by both sexes as it provided great mobility and freedom and became the clothing of choice for farm work and lounging.

The Rasenna adapted the native Lakic styles with influence from the external appearance of Mykran architecture to the southeast. The people of Lakia often looked to the east for inspiration as they saw the power and prestige of the Mykrans as the idea to strive for. Over time Rasennan architecture began to compete with Mykran styles, with the conquest of Mykra beginning the fusion of the two civilizations. Rasennan temples show many of the same differences in form to Mykran ones that Lakic temples do, but like the Mykrans, they used marble and concrete which they pioneered. Using their advanced construction methods, Rasennan cities became more organized, grandiose and populated due to their plumbing, grid systems and defenses. This advancement was mainly felt by the rich however, as the houses of the wealthy were often large, spacious and comfortable with poorer homes being built in mind of quantity over quality often being primarily wooden.

Rasennans were notoriously frenzied partiers, their wine was much stronger than those of their neighbors because they refused to dilute it with water. As such, festivals and sporting events were the go to events of Rasennan life as men and women could relax, watch dancing or whatever sporting event was being ran and drink themselves to the end of the day.

Festivals like the Oparioa was dedicated to the herders, farmers and craftsmen of the city and would be a day where they were effectively the kings of the city and could do as they wished. The Semelea was celebrated on the first day of the Rasennan year and was considered a day of joyous celebration with elaborate parades and military marches.

The Rasennans held a fascination with cats and dogs, dogs were loyal and loving companions who accompanied hunting trips and cats were just as loved but also held back rats and other vermin that plagued cities.

Fasus and Cassus- twin brothers of myth who supposedly led their people from the far eastern lands to settle in upper Lakia where they founded the city of Fasunium.

Kaisas- son of the god Manus and subject of the Kaisaia" a collection of stories regarding Kasias' encounters and adventures on his quest to find the Forlorne Eagle which when captured will grant the capturer a wish.

Rascus- founder of the city Deumeum which would be renamed Rasca in his honor, Rasca would go on to be the most powerful of the Rasnennan city states and go on to conquer much of the Cassenan Sea forming a Republic and an Empire.
Lars Horatius Sacreus- Early hero, defended the bridge into the city from the army of King Lars of the Commestanii. Lars was given the cognomen Sacreus, after the river Sacris that ran through the city which he stood atop in single combat against wave after wave of Commestanii warriors for hours as his men rallied the citizens and drove King Lars and his men from the city. In some tellings, Horatius is said to have slain King Lars in single combat before the whole city.
Atius Vosorianus Mus Fidelis- Twice appointed dictator during times of crisis, Fidelis saved the city twice over and renounced power both times to ensure no one man retained power for too long. His example would be used to showcase undying fidelity which earned him his fourth name after his death.
Marcus Ferras Furius- heroic politician and general who spent twenty years conquering much of the Lakic peninsula for the republic in the Iron Wars, named for Ferras' family name. Ferras for a time was the only general of the Republic to be awarded more than one triumph, one for his victory against the Aemlii and their allies and another for his masterpiece against the invading army of King Diciderus of the Brennii who were invading Areul brought in by northern tribes to stop the rampaging Rasennans.

Rasennans in their early years were famous for their flamboyant elegance. They famously wore bright, colorful garments with elaborate decorations like jewelry with gold, silver and ivory decoration. Women wore elaborate makeup and often dyed their hair multiple colors. As Rasennan culture molded and morphed to better examplify that of the Mykrans they adored, Rasennan flamboyancy became reduced, as women became more modest, virtuous and silenced and men more focused on the state, their career and the mind than vain concepts that conquered their ancestors.

Again, in the early days of Rasennan society, women enjoyed a very free way of life, they could own their own land and inherit their father's and more often their mother's wealth. Due to the often bloody wars fought by the Rasenna to gain their territory, wives and daughters began accumulating extraordinary wealth and land which won them small victories in policy making but terrified the male aristocrats so much that they fought a minor civil war over the rights of their women. Ending in agreement, called the Popanic Compromise, the side fighting for the right of women to hold office agreed to forgo their promise in exchange for peace. The Popanic Compromise effectively ended the inheritance system of the past and now only males could inherit their fathers wealth and women lost their land and their riches.

Displaying a very relaxed and transparent view on marriage and relationships, the Rasennan belief in the virtue of truth meant that a relationship between two people was an internal affair and not one that should be subjected to gossip. Given this idea that love between two people was something to be proud of, same-sex relations were tolerated but marriage between two same-sex individuals, while not illegal, was quite frowned upon as marriage was thought of as a consolidation of the family and a means for children to be born. Over time, same-sex relations became more and more taboo as Rasennan culture conformed to more orthodox views of courtship.

Rasennan relationships were noted for its unorthodox perspective on gender and marital relationships. Rasennan beliefs concerning women and marriage conflicted with those more traditional ideals of their Lakic neighbors and the Mykrans who many of the Lakic peoples modeled their societies after. The Rasennans believed that love, affection, and adoration were instrumental to happy, long lasting marriages, where both husbands and wives were considered equally important members of the union. 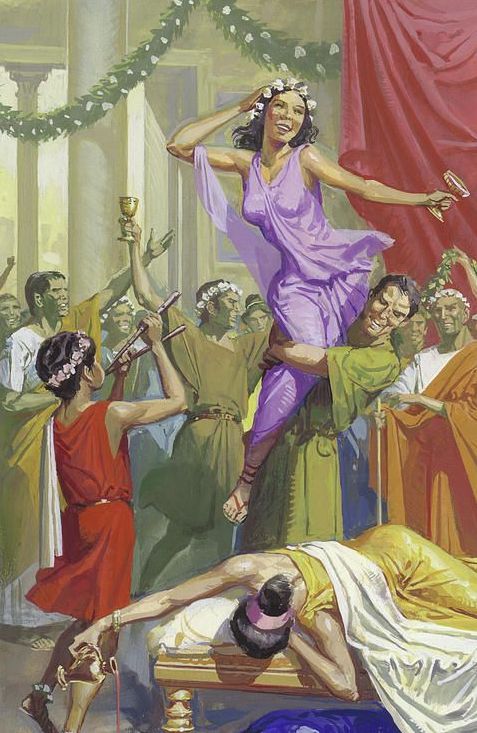