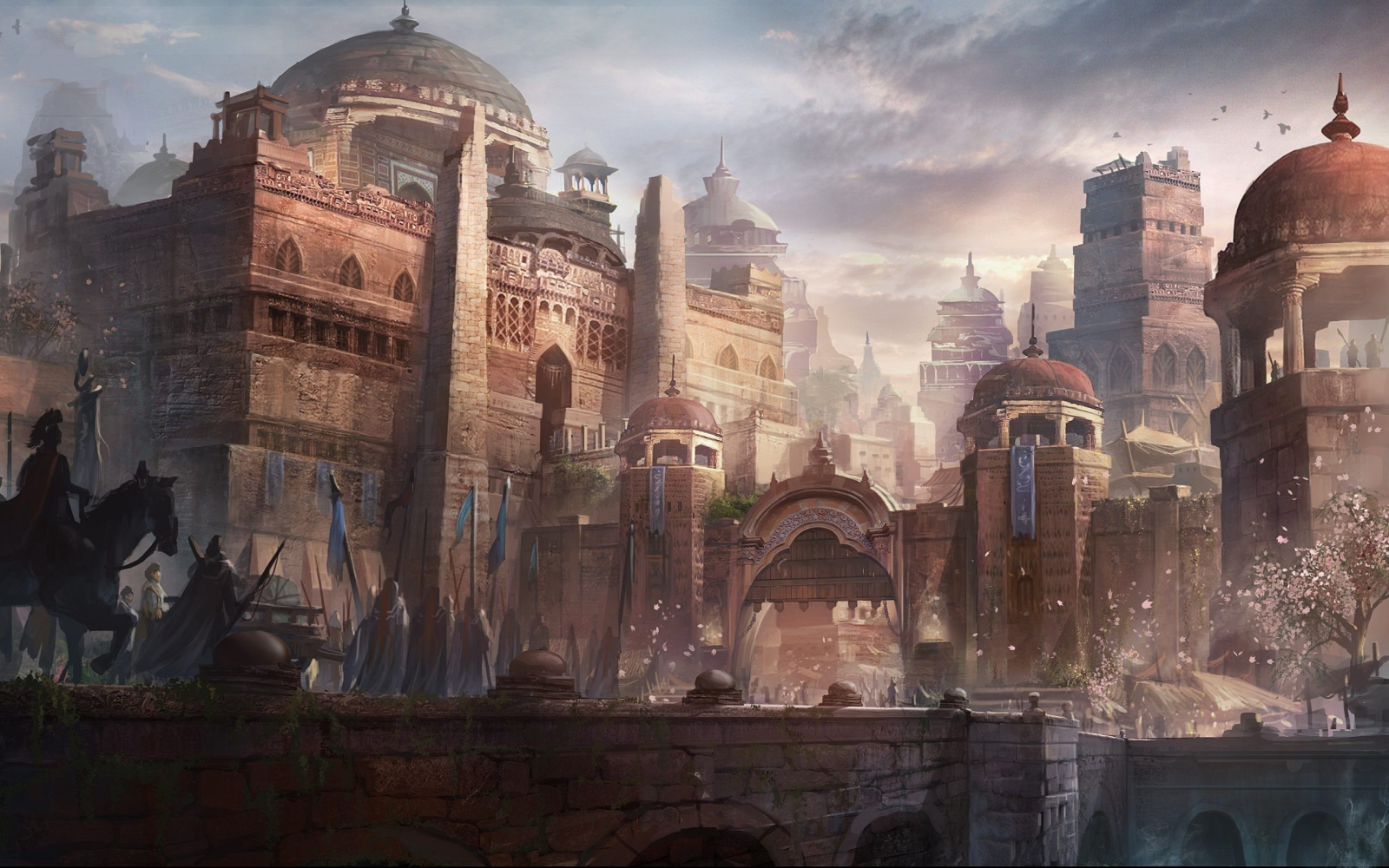 The younger brother of Emperor Crispus Doukain and his successor to the imperial throne. Makerios' rule would see shocking victories in the east and west against the Zhors and the Kraulings but would be marred by an overextension of the empire and a draining of the treasury brought on by his many projects and undertakings.

Noted as being smaller and more spindly than his athletic and handsome older brother. Makerios is acclaimed for his shrewd mind and bravery in the field as he was inspired by western Hasdinian notions of bravery and martial conduct.

Makerios Doukain was the 2nd of the Doukain family to rise to the imperial throne. Makerios was a trusted subordinate and loyal follower of his older brother Crispus and often acted as regent when he was away on campaigns. Makerios' own reign was during a crucial turning point in the history of the Rasenna and much of the wider world. His reign saw the fullest extent of the Doukain Revival, during which the Rasenna saw a resurgence of its military, culture, and economic power.

For much of his reign, Makerios pursued an energetic and ambitious foreign policy. In the process, he played the various Krauling successor kingdoms off one another in the advancement of his dream of uniting the former west with the empire. He shocked many in his court and in the wider political landscape with his victory against the Hedbards as he retook the passes of the Avpines and reextended Rasennan control to all of Lakia. He launched an expedition into Hasdulia, although successful, it did not bring lasting benefits as the territories were lost after the emperor's death. Makerios would be the only Rasennan emperor to successfully lead a naval invasion of Hasdulia. Makerios reestablished Rasennan hold on the western Natreshan coast and avoided war with the Rasanids, even allying with them to defeat the marauding Zhors at the Battle of Mykinna. Makerios remains one of very few Rasennan military leaders to defeat the Zhors in open battle.

Makerios reshaped the cultural view of the Rasenna, to their neighbors they were a dying fragment of their former strength but under Makerios they emulated much of their former superpower status and seemed to be resurgent. However, towards the end of his reign, Manuel's achievements were compromised by a serious defeat at Kephalon, which in large part resulted from his overconfidence in attacking a Zhor position across a river and falling into an ambush among the high ground of the ridges where the Rasennan soldiery was picked off by arrow fire, forcing a frantic withdrawal. Defeat at Kephalon shattered hopes of the eventually recapturing of Durris and of the wider Natreshan coast. Although the Rasenna recovered and Makerios concluded the war with the Zhors on beneficial terms, the defeat would have ramifications that outlived him as the war drained the treasury and sapped the eastern themes of valuable veteran soldiers.

During the Emperor's final years, he rushed to secure his legacy and vigorously began preparing his nephews Basilides and Manuel for rulership. As Makerios physically worsened, he left the education of his nephews to his younger brother Antarikos who acted as regent in his final years. According to the historical account by Theodores Anemas, personal secretary to the emperor, Makerios died of an infected cut on his hand, brought on by his picking up of a knife dropped by a servant of his.

Posthumously called ho Megas or "The Great" in Mykran circles, Makerios was known to have inspired intense loyalty in those who served him. He also is given a heroic portrayal in accounts by Anemas, in which every virtue is attributed to him. Makerios, who was influenced by his repeated contact with Hasdinians and other Herodi descendant peoples, enjoyed a reputation as "the most blessed emperor of the Rasenna" in Hasdinian histories of this time period.

Shocking victories in the Avepine Passes against the Hedbards and at Mykinna against the Zhors
Revived Rasennan prestige and relevance
Successfully solidified his gains in Lakia, Natresh and Mykra diplomatically via dividing and conquering his enemies
Oversaw a cultural revival of Rasennan religious, historical and poetic writing
Stabilized the Rasennan economic system, prevented a economic collapse

A loyal friend fights for all the right reasons

If his extensive building programs and generous benefits given to the poor and needy are any good in summing up Makerios' religious beliefs then it can be concluded the Emperor was a pious and diligent man. It seems that the Doukain upbringing had a focus on charity and do-gooding as these same traits also apply to Makerios' older brother Crispus who was also noted as having acted in a similar way. Makerios restored public buildings in the capital but focused east towards the growing prominent city of Komneia which had slowly come to be the center of the Pankomisa doctrinal faith.

Thoroughly optimistic and energetic, Makerios proved an able leader during a time when such traits were needed in reestablishing Rasennan supremacy in the wider geopolitical landscape following the Hasdinian conquests. Described as a man befitting all the virtues of an emperor, Makerios' greatest strength was his ability to unite people with differing agendas and get them to work toward a common goal. He was generous, compassionate and a man of many talents and so inspired a tremendous degree of loyalty from men under him. 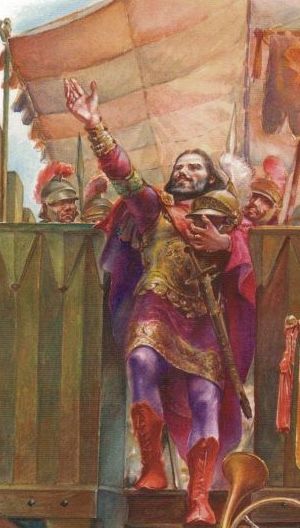 "With wet wood and a single ember, the Emperor forged for us a brilliant fire to warm our cold selves and heat up out frigid game." -Excerpt from Theodores Anemas on Makerios 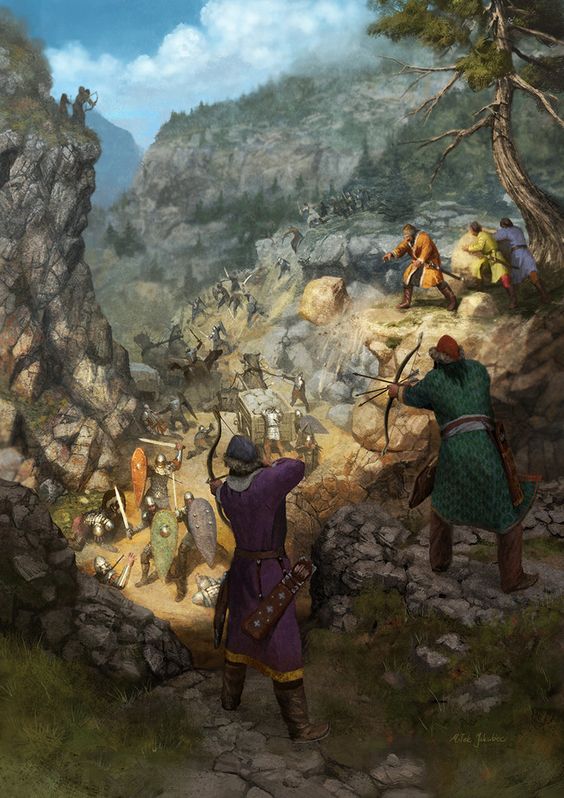