The dwellers and caretakers of the fens, bogs, and deep forests of the world. A people with a long, complicated and difficult relationship with mankind.

Largely taller, more slender, and less physically muscular than common humans, fae can differ greatly in appearance and vary highly depending on origin and environment such as forest fae adopting more green skin in blending into their chosen environment and swamp-dwelling fae adopting a more aquatic lifestyle.

Fae largely reproduce in a similar biological manner to humans, however, the conception of a greater fae is a rarer event and can be the product of magical tampering.

Reaching maturity faster than an average human, both lesser and greater fae spend a majority of their lifespan in their physical prime. While lesser fae age and die at a normal rate, greater fae rapidly reach the end of their long lifespans for an unknown reason.

The fae are hunters, trackers, and trappers and are adept at pursuing game through the dense overgrowth of their forest dwellings. Fae are also known to share their food communally.

Biology of fae largely depends on their origin, lesser fae age, and behave similarly to that of common humans while higher fae possess a magical intuition and a much longer lifespan compared to their lesser kin.

Fae tend to either live in singular isolation or conglomerate into small communities with little variation between these two extremes.

One place one won't find fae is out in lush, rolling plains as this is largely known to them as the abode of humans. Fae prefer the secluded forests, swamps, creeks, and other isolated areas as their residences. Cold weather is also something not suited to their biology and they largely remain in areas of hotter climates.

All fae possess higher perception and sensory capabilities that allow them to process their environment and surroundings at a seemingly superhuman level. Greater fae take this further and are biologically more intune with residual magics and a sort of environmental feeling.

Fae naming conventions are thought to be fairly similar to those of neighboring communities they border. For example, the Bhradain Fae are similar in culture and naming conventions to the old Areuls. Where this differs is in the use of epithets in place of common surnames, for example, the Queen of the Bhradain fae is Crerva af Venrel Fenrir or Crerva "Of the Venrel Fens".

Tafod y Fae or "Tongue of the Fae" is the Arish word for the language largely spoken by the fae. The language has striking similarities to the Areul Arish tongue and even uses many of the same words verbatim which suggests Arish is derived from the older Fae folk tongue.

Fae can be hostile, not by nature but by necessity as they remain a distrustful and paranoid people largely weary of outsiders.

Clothing varies wildly among fae communities as sometimes communities will forgo clothing altogether, dress in pelts, hard grasses, and moss, and sometimes both as communities differ in approaches to modesty and norms. Greater fae are more acclimated to forgoing clothing due to a complicated mixture of perceived superiority and cultural norms.

Fae are thought to share a close cultural heritage with the Areul people. In the wide lands of Areul, fae are found in the highest numbers and they share cultural similarities to the natives of the land. Their language is similar to old Arish, their naming conventions are close and they share a common attitude of respecting and almost revering the natural world.

The Fae folk are a people very poorly understood throughout the world. Largely considered an imagined figment of myths and quite literally fairy tales, the fae have endured the ebbs and flows of the ever-changing world. Thought to have been a product of magically imbued individuals making their homes in deep, enchanted forests, these humans slowly became more adapted to their environment. Once thought to have been more commonplace in the world, the fae we know of quickly retreated to the safety of their bogs, fens, creeks, and forests as they were targeted and persecuted by humans and expelled from public life in violent purges and pogroms. This created the simmering distrust and anger directed towards humans that fae folk now have towards encroaching humans and why they resist these encroachments so fiercely.

Currently, the fae folk have seen their woes ease as magic has violently returned to the world and the overbearing reach of mankind has severely dwindled in comparison to the all-encompassing fist of the old Rasennan empire. Reproduction is nearing all-time highs, food is becoming more easily come by, and fae have little worry of major threats to their way of life as humans seem intent on killing each other more than them. This does not mean that the folk knows no hardship, internally there is a growing divide between the mortal fae, those without special magical qualities, and those magic fae who have elongated lifespans and a general ambivalence towards their lesser kin.

Sylren of the Cresent Moon
Nivalis

Relations between the fae and humans have always been very rocky to say the least, in times when they weren't being actively persecuted, the folk and humans lived in a contemptive tolerance of one another. In times when the folk were being violently expelled from their homes, beaten in the streets, and outright killed, tolerance was thrown out the window and reprisal killings were very common. The fae have a much better relationship with species native to their forests, these include Metsavas another social outcast of a species, and Synir who often flee into forests when they've grown too large to hide. 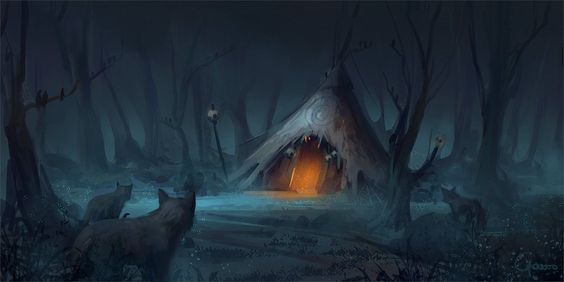 (An example of a fae hut, deep in a secluded forest) 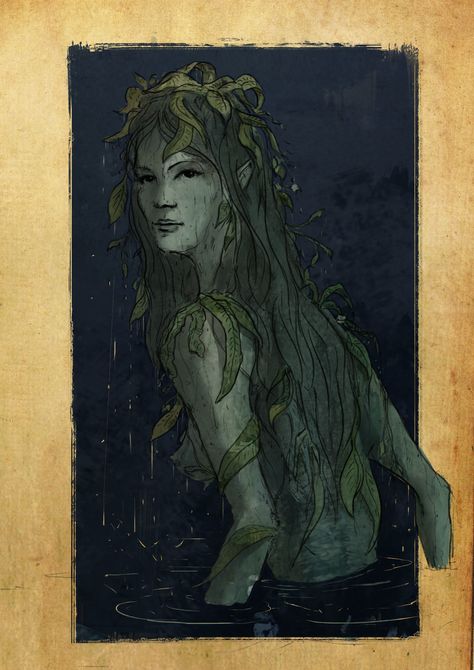