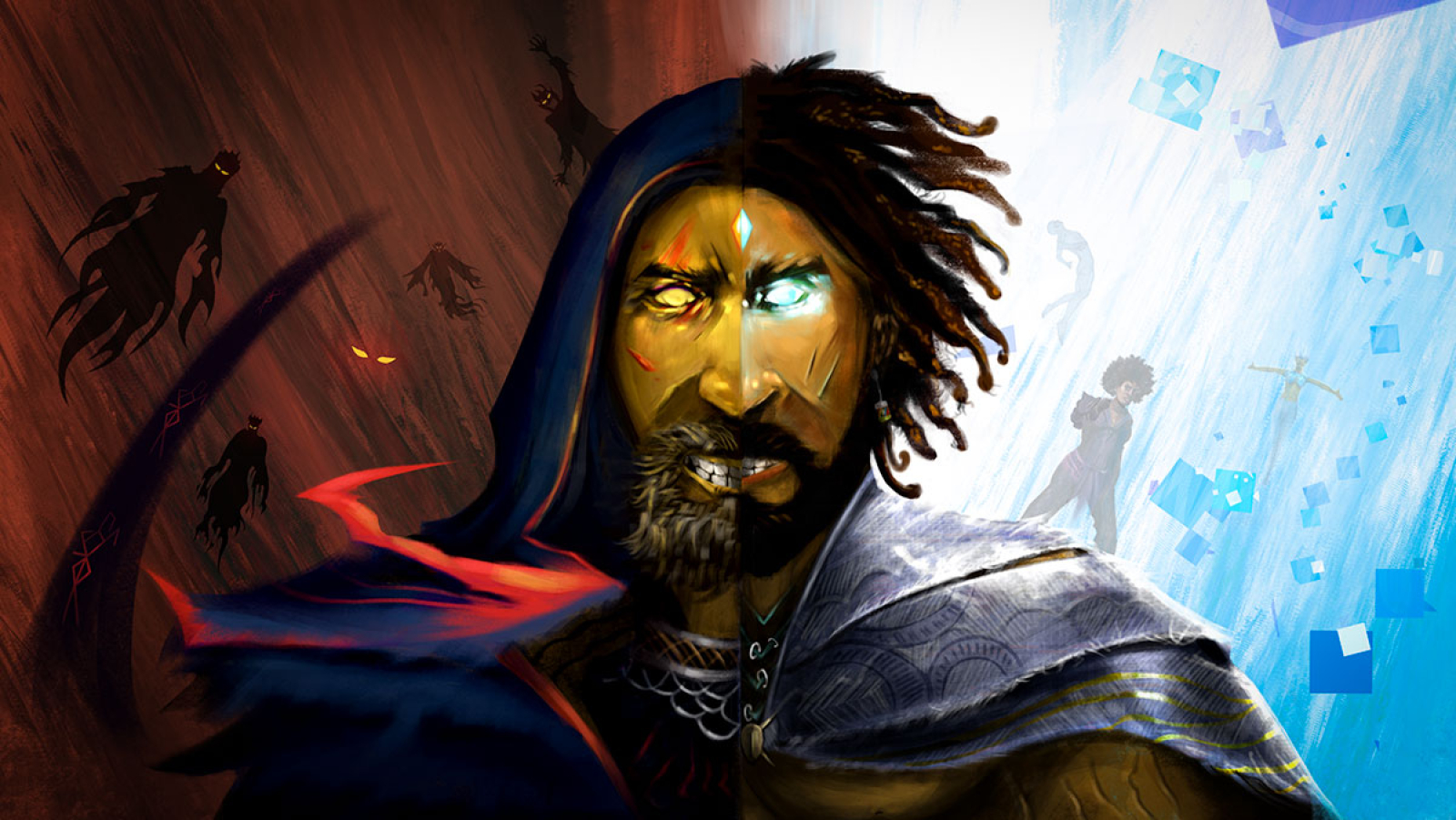 The most important question of your life


A type of wish/curse cast by a Jinn where the affected only has 30 seconds to decide their fate. After that, the effects last for 30 years.

Like most things with Jinn, how a person ends up in their crosshairs is known only to them. For humans or animals, the reasoning is often painfully vague. Jinn have always had a dualistic nature that can make them friend or foe, sometimes both. The peculiar nature of the 30/30 curse is perhaps the most perfect example of this. For some its a random chance meeting that brought them untold fortunes. For others, it's a curse that stumbled across their way one day and has plagued there life every since. The true summary of a Jinn.

Some people spend their whole life looking for a Jinn. Either for their knowledge, companionship or their ability to grant your deepest desire. However, even though they're spirits, they can't be summoned or tracked. They live amongst us as people, animals or nustled inside of their favorite items. When a human comes across one of the Jinn, the mischievous spirit can't help but play. To the human mind, a wish is cut and dry. A positive outcome to your spoken desires. For Jinn though, it's a fun moment to see what makes a human.


Beware the Jinn as you beware the Flame. You ache for it on your coldest night, fear it during your most brittle of times. Yet it never cares for your desire. They are both forces of Nature, and they bend to no will but their own.
— Dracon Idiom

Most humans assume it is they who ask the Jinn for a wish. But in reality its the opposite. The powers of Jinn are there's to command alone. But if a human wants a taste, they are more than willing to. Yet only for 30 seconds. No one knows where this seemingly arbitrary time limit came from. Scholars have long talked about the highly social nature of Jinn culture, and many suspect that it was simply introduced one day and spread. The duality of offering a wish and instantly starting a timer is too delicious not to. The stakes of this game are as high as the bounty itself.

The timer starts as soon as the Jinn asks the often bewildered human what their deepest desire is. If the subject isn't able to answer in time then the wish is forfeit. And given...to the Jinn. One of the most renowned powers of Jinn is the almost telepathic ability to read the heart and soul of any living creature. So, if the human can't pick or rather speak their desire, the Jinn will do it for them. Reading their most intimate desire and making it true. Regardless of if they wanted to our not. The price of crossing paths with the Jinn and nothing having a desire in mind.

Mystery in the Cascade by Kevin Hou

Jinn can come in all sorts of shapes and sizes.

A wish, however, is not forever, as nothing is truly forever. 30 seconds of time equates 30 years of the deal. And just like the timer was punctual, so too is the deal. Starting the second after the timer and running 30 years from that time exactly. It doesn't matter what was given in the wish, it stays for 30 years and then disappears forever. There is no extending the deal, once it's over that's it. And the odds of encountering another Jinn are next to none. Did you make the most of your wish? Did you survive the curse of your darkest desire? The Jinn will know. The only thing they love more than a good wish is watching how it all plays out.

For those that are unlucky enough to have their wish turn sour, there's little that can be done. While there's no real power scale in terms of spirits, whatever Hekan the Jinn use is above anything mortals can make or break. Every culture has a hand full of stories of foolish people afflicted by curses such as the 30/30 on a quest for a cure. All end with the same failure. Humans, nor even deities can break the forces of a Jinn. As far as the positives, well most humans are loathed to admit their good fortunes came from the Jinn. And the embarrassment of vanishing riches, looks, or property is often a curse in itself.


The 30/30? More like the "Oh hey Jinni, finally! Been looking for you FOR-EVER. So, I have this list of stuff. You need a pen? A Digipad? Write this down? Is there a word limit?" Tikor, I tell ya, how hard is that?

There is no treatment for the 30/30 curse. Not of any kind or any way. No matter what the affected does, the curse will remain no matter how extreme. One famous tale speaks of a person who was given an extra arm after failing to respond in time. Sunu surgically removed the awkwardly working arm from there midsection, only for it to regrow overnight.

How people react to someone clearly cursed with the 30/30 varies from region to region. The Dracon are the harshest in terms of treatment. Their guiding doctrine The Way of Masangi specifically references entities such as the Jinn and specifically warns them. Someone who is cursed by it is generally seen as being ill-prepared or wishy-washy. Conversely, The Karu are the opposite and have an almost love affair with the spirits. A few famous poets have given credit to the 30/30 for their newfound success.

While being cursed is no laughing matter, the curse has found its way into pop culture. The phrase "Caught in a 30/30" is a popular phrase for being stuck between in a situation that could go good or bad. The phrase itself is far more common than the actual curse.

Infection caused by Xavian that leads to Raksha possession

Check out Swordsfall.com for more information!
Conditions and Curses