The Garudian Divinity of Wisdom


The divine embodiment of Wisdom in the lands of Garuda, Mime. Over the millennia, she has become known for instilling intelligence and thought to the people of Garuda.

The origins of the goddess of Mime starts like so many others deities of Garuda, born from a feather of the Great Phoenix, Garuyda. While Mime wasn’t the first deity born, that would be the god of battle, Cadmus, the depths of her knowledge and wisdom quickly exceeded the eldest child. The legends say a phoenix feather floated the highest set of peaks in what would later be known as the Adras Mountains. The tales call these peaks, the Cloudtops, named after the way the clouds cut off the top of the mountain summit when viewed from the ground. It’s in these vast and remote mountains that Mime learned about the world and its hidden secrets, only coming to the central lands hundreds of years after her birth.

There’s no way of knowing how much time passed between when Tikor was created and its impending invasion by the corrupt divine entity, Xavian. However, the few times that Mime has ever talked about the early days of Tikor with her followers, it became clear that what must have felt like an eon had passed before a dark shadow was cast on the world. When The Withering King, Xavian. arrived, all of Ishvana’s children and their children, came to the world’s defense. This even included more intellectual gods such as the Divinity of Wisdom, Mime. Although, while powerful in their own way, Garuyda’s children could do little during the cosmic battle between their celestial grandmother, Ishvana, and the cruel stranger, Xavian.


In many ways we are the same, you and I. We both have the same mother and love her dearly. While you may human and I may be divine, the people that tie us together is what makes us the same. Tikor is a beautiful and unforgiving world, much like the people that inhabit it. But it's when we lock hands as Humans and Divine that we transcend that and become something more.

We become children of Garuyda and caretakers of Ishvana’s creation.
— Divinity of Wisdom, Mime

While the cosmic gods fought a battle outside of their children's abilities, deities like Mime focused on what they could do on Tikor. It's through this uncertain time that the concept of Wisdom began to truly take hold. Wisdom was more than just gently comforting words during a chaotic time, it was about being a part of the solution. It was Mime's words, kindness and sometimes anger, that held the gods together as they could only watch the cosmic war. She was a guiding light to the Elementals who, born of pure instinct and etherforce, had a hard time understanding the battle between sentient beings. Mime was also the steady hand that kept the faith when the Creation of All and her grandmother, Ishvana, sacrificed herself to seal away Xavian.

The battle for Tikor wasn't over with Xavian's binding and Ishvana's death. Before the end, The Withering King, Xavian, kidnapped the Elementals from the plane of Tikor, using a sun he created to twist them into horrific dragons known as The Wretched Ones. These living prime elements had been twisted into Xavian's doing and unleashed upon the world. It's unknown how many of the deities like Mime died during the hellish fight against the dragons around the world. The goddess of wisdom was one of many to survive, having fought with her mother Garuyda against three terrible dragons. While Garuyda is often credited with the turning of the former earth elemental turned dragon, Ryuujin, back to the side of Tikor, some records and tales suggest that the goddess of wisdom played a hand as well.

In the way of her own mother, Garuyda sacrificed herself to save her nation and children, retreating deep into Mount Olenga after the defeat of The Wretched Ones. Mime and what would become The Divinity were largely responsible for sealing the two Wretched Ones that had been subdued in their lands. Once these nightmares were sealed in unknown places, Mime set out to heal the land of its spiritual wounds. She would travel the land, meeting and interacting directly with humans. She felt drawn to them because they were siblings of a sort, both created from the Great Phoenix, Garuyda. While the goddess of Wisdom isn't directly linked with Divination, she is one of the earliest recorded deities to speak prophecies, a trait that often afflicts Diviners, sometimes against their will. It's not uncommon for Diviner of the current age to also invoke the Wisdom Goddess when diving into the future.

The God of Battle and Eldest son of Garuyda, Cadmus, often credits Mime with the formation of The Divinity as well as The Divine Order of the Phoenix. While neither was initially her idea, it's her thoughtful input that helped them navigate the tricky work of building a society. When tempers flared, and egos collided, the goddess was adept at either resolving the situation with kindness or stifling it with snark. Both attributes have become synonymous with the goddess and even invoked before important business meetings, a modern acknowledgment that good business comes from wisdom rather than greed. When The Divinity started their Grand Tour of Garuda to hand pick humans to lead what would become The Divine Order of the Phoenix, Mime was the face that inspired confidence in the movement, a sign that a calm, intelligent and wise voice would always be there to get the nation on the straight and narrow.

Once they had formed the Divine Order of the Phoenix, the Wisdom Deity was invited and declined to be a part of it’s governing body. Though instead of shirking off her title of Divinity, as their rogue brother Hawken had, Mime retreated to where the people of Garuda lived. She would spend the next 2,000 years traveling its lands while Garuda and the Divine Order began to establish themselves throughout the land. Speaking with as many of Garuda’s humans, spirits, and animals as possible, her face became one known by so many and loved by even more. Almost any long-established town has several fond stories of the goddess strolling into their lands and touching the hearts and minds of the people while she was there. She would spend countless hours speaking to the people and encourage high spirits and laughter. Eventually, her followers would build her a grand Temple, the first one ever in Garuda, to show their appreciation for the Divinity of Wisdom.

Garuda and the world would take a sharp turn when the kind and beloved goddess was assassinated one fateful morning. The unknown assassin murdered the deity in her own temple, in front of hundreds of innocent witnesses. The brazen murder would set off a catastrophic chain of events that would culminate in the Era's ending. The final date of the golden Divine Era being the day Wisdom died. While many rumors abound about who or what could kill a God, in recent years the chatter has become silent. Conspiracy theorists claim that the shadowy individuals involved, as well as what happened to them, was covered up by the various world governments.

For Mime and any of her followers, the key tenets all relate to thought. The goddess of Wisdom stood behind the concept of eternal learning. By always understanding that there is more to Tikor than what you currently know, you are truly practicing Wisdom.

Mime is another one of Garuyda's children and the Divinity of Wisdom. Mime rarely ever talked about her mother. 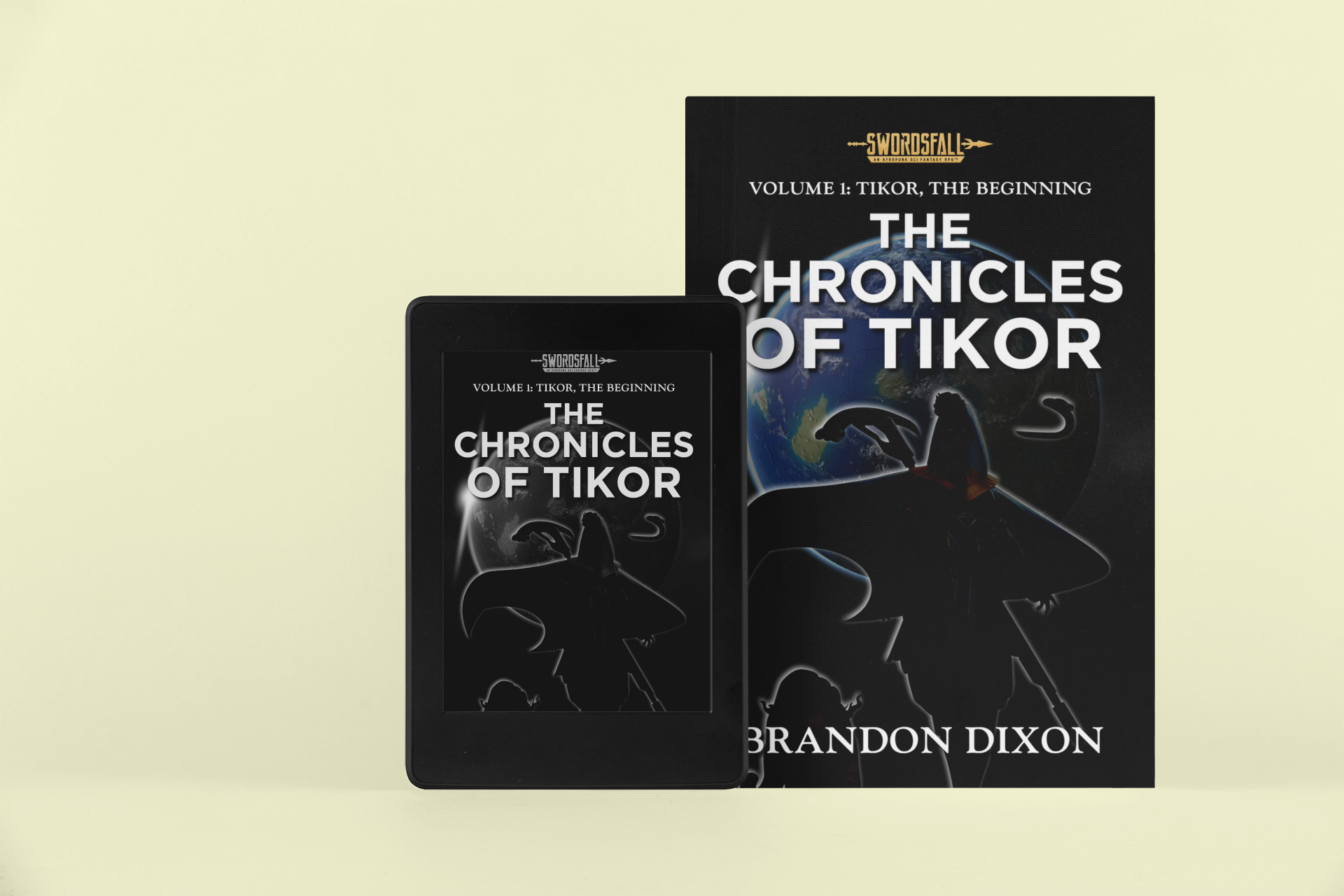 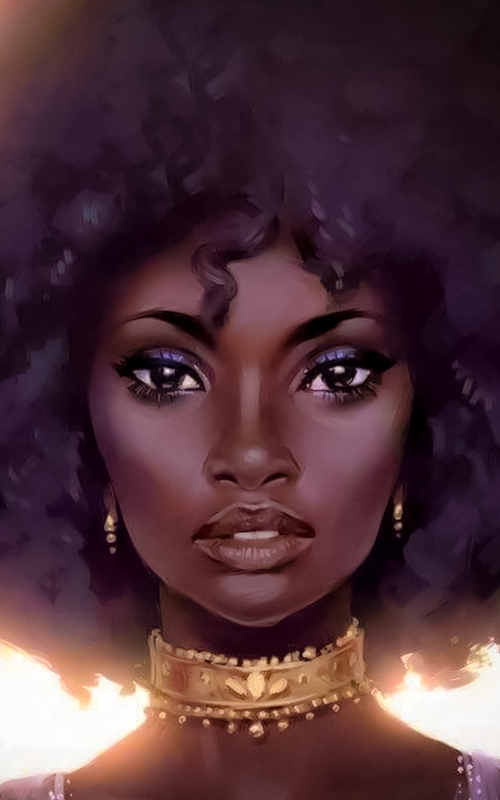 The Divinity of Wisdom, Mime 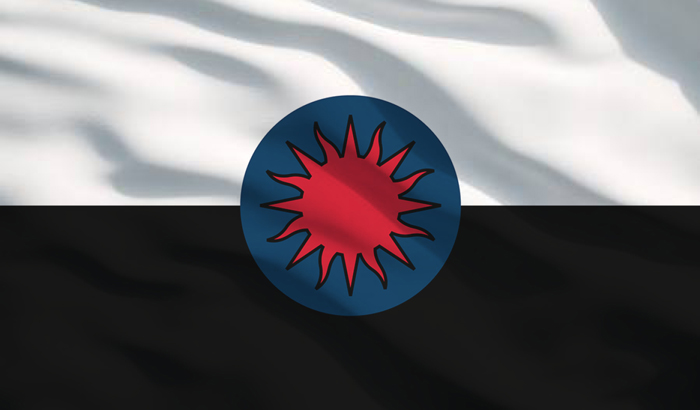 The full story of the Assassination of Mime will be covered in the first book from the Swordsfall universe, End of Era.

I would advise a nice read over of the Assassination section. Golden spelt as golding, theorist should be theorists if they claim rather than claims.   The formatting is nice, as always. I wish I could make the comment seem more useful but I think you got everything fairly perfect except for that one section. Great work!

I made some edits if you want a do a re-read.

"(...)umans to lead what would become The Divine Order of the Phoenix, Mime was faced that inspired confidence in the movement (...)"   Most of this article looks and reads really well. The character is interesting. I would also advice a bit of a revision. Look at the sentence above for example :)   Are you going to describe what happened to the followers after the goddess was apparently murdered?

Revised.   And the death of Mime is actually what the first Swordsfall book is about.

Guess I should read that then.

You know what, gosh darn man. That is a very good deity article my man. I love the different stages of lore, culminating into the end of an era ended by one person. The lore is a solid track, each section is a good clip to keep me invested and reading. I also really like how you established her as a god amongst the people. That sort of 'Jesus' like approach to actually being part of society really strikes me.   Keep up the fantastic work. One thing I was wondering if you'd add is like... an example of one of her temples, how people worship her and the like? Do they still worship her past her Era?

I would like to know more about the gods themselves. How can you kill a goddess as a mortal? Fascinating that the gods are so present that they can be interacted with. I love the art and the formatting of the article is great. Easy to read, even if the justification sometimes makes text have ridiculous spacing. But I can see why you do it.