The Ultimate Treasure, or Curse


The ultimate rumor preserved heads of fallen deities with some juice still in it. The ultimate treasure and possibly the ultimate weapon.


It Can't Be True

The hardest part of the rumored Godheads according to most is simple, it simply can't be true. Godheads, as they're referred to, are perhaps one of the most controversial legends on Tikor . The premise is simple, there's an unknown number of disembodied heads of fallen deities scattered around Tikor. However, even though the host is dead, the rumors suggest that there is still power left in the head of deities. This sounds intriguing except for one problem, humans recorded history doesn't have one instance of a deity perishing. The counter-argument from many scholars has been that the period of the Divine Wars is still vastly unknown. The time during which Ishvana's children vied for control over Tikor remains a mystery. The deities themselves refuse to talk about this distant period in time despite being there. This neither diminishes nor increases the strength of the rumors. But it does leave open a lot of a room for conspiracies.

Rumors of these fabled Godheads have been floating around for hundreds of years. The earliest tales seem to revolve around a story of an old man in Garuda or Vinyata (depending on who you talk to) who stumbled across an odd object while digging into his field. The object was actually a head, perfectly preserved as if the person had died that very day. However, before the old man could take the head to the proper authorities, the disembodied cranium spoke to him. It told him it was a deity and that if the geriatric man helped the fallen god, then he would be rewarded. This is where the story diverges based on who you hear it from. Some version of the tale has the old man being possessed by the head, allowing the deity to inhabit his body like a vessel. More grim accounts say the old man was killed instantly, a lesson about meddling in godly affairs. Others say the man was blessed with fortune and riches beyond imagination, a lesson in the benefits of helping a diety. Either way, despite the variations of the story, they all suggest that Godheads predate the Divine Age. More importantly, they all suggest that Godheads do have some sort of power, though its end goal is unknown.

No, I don't own a damned head in my collection. Would you all please for the love of blue, stop FUCKING ASKING ME.
— Quote from Kent Musa on his supposed Godhead collection

While its mysterious origins and simple legends would suggest this to be an amusing item, the reality is that the power of gods is well sought after and dangerous. More than a few people have lost there lives over the mythical Godheads. There are those actively looking for the treasured item with the belief that it can change lives and will do anything to find one. Anyone solidly rumored to be in possession of one, or know of someone who does, will find themselves under immediate and intense scrutiny. The CEO of Omicron Technologies has been one of the few who has become a constant target for godhead fans accusations. Some say that the severed head is the reason why he was about to create such an empire in the first place. Kent Musa himself has denied having the fabled item, but his known collection of eclectic items makes its hard for some seekers to believe that. While no one has ever admitted to owning a Godhead, this hasn't stopped many of intrepid adventurer for seeking them out. With more often than not, dire results.

The part that makes the urban legend so persistent is that a few odd things have happened in the past. For one, strange things and accidents have befallen some of the more hardcore godhead searchers. Like most mythical items, Godheads have attracted treasure hunters from shore to shore. All hoping to be the first one to prove their existence, or collect it for themselves. One of the first and most famous of the headhunters was Kuloi Asami, an amateur treasure hunter hailing from Vinyata. Asami had amassed a bit of a fan following over a number of years for his exploits in the field. His last visual message had him following up a clue in High Perch . In this video, he was unusually excited, as he said he had solid proof on a Godhead in the Hawklore city. He was never heard from after that. Many conspiracies abound, but his disappearance is not the only one in connection to the mythical heads. While there are no official numbers, over 300 headhunters have gone missing over the last ten cycles. 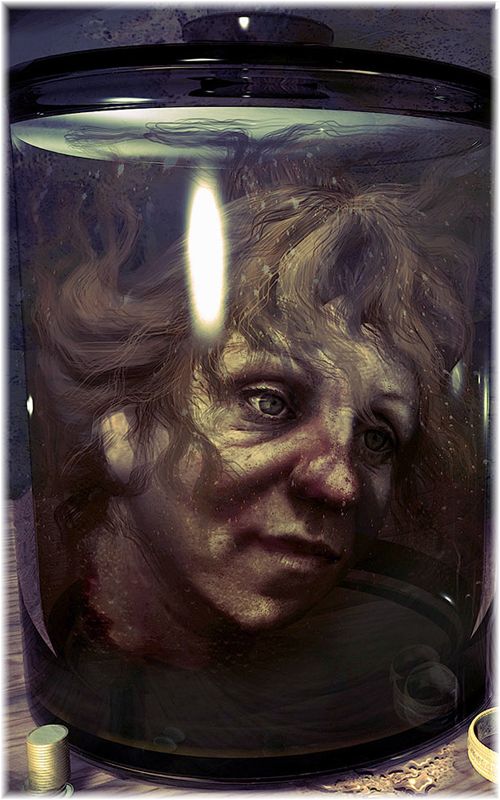 Your article is terrible, I hate it! Kidding :P I love your article as always. I would like a bit more detail about Kent Musa though. Why is his success so unbelievable? Did it happen in a short period of time? Is there something in his background that would prevent him from succeeding?

Your hate makes me stronger than ever! Lol. Thanks for the kind words as always.   I forgot to make tags, but check out the Kent Musa stub for more info on him, its a length read https://www.worldanvil.com/w/swordsfall-solkyoshiro/a/kent-musa-article   He has an unexplained period of time that people love to bring up. ;)

"This sounds intriguing except for one problem, humans recorded history doesn't have one instance of a deity perishing. "   Bwhahah. Obviously, I'm a big fan! :D The concept is one I'm a big fan of, and the above quote lends it a lovely air of mystery. <3

Glad you like it! I'll have to check out your version now :D

Ooooh. I always love relics of old gods. They make for fantastic adventures and absolutely devilish pitfalls for the aspiring adventurer. This is a fantastic article. When someone rises to power and influence over a short period of time, is it common for them to be accused of having a godhead?

Old god relics are so fun! Adventure, history, mystery and maybe some horror all in one!   And yes, when someone has a flash success there are definitely some that joke "He must have a godhead." Usually as jest, but there are a number of people who secretly not secretly believe it.

Fantastic work! I'm interested in the general technological level of this world. You mention a CEO and video, so I'm assuming modern day? Or is something else the case?

Thanks!   It's neither modern nor medieval. I tried to build a world as a whole, one which isn't united around commerce like our world is.   Think of it like this, remove the instances in history where religion was the factor (because the actual gods will not let you use their name or agenda in vain), or colonialism (because the people were created where they were by their deities and then maybe migrated around), or space race (if you know the gods are real, do you have to explore the universe for "answers"?".   So my tech is born out of either A.) scorn for the deities or B.) To fill gaps in society where gods can't/aren't able to close. When it comes to tech the main hub is Omicron Technologies and Prime City. That's because Grimnest has no deities, and the head of Omicron doesn't like gods. He doesn't like how humans give up their station to a higher power. So the tech they have is for helping people, travel and such. Video exists because the world isn't easy to traverse from toe to toe, so a means of communication was born.   There are magic equivalents as well. But in my mind, fringe seek truthers would prefer the cold detachment of tech to the god powered magic.