To Bring Balance to Dreams, They Never Sleep


The dreams of those on Tikor are more than just random mental projections. An order of Diviners protects the connected landscape of slumber for a greater purpose.

The See'er of old tell a bedtime story to their children to help them sleep soundly at night. In the story, there is a kindly old man who can save them from their bad dreams. He comes to the children in the night and whisks away their nightmares, turning their night terrors into pleasant dreams. He became known as The Old Whisper, a reference to the way the gentle old man would appear accompanied by a soft whispering sound. His words were always indecipherable in these dreams, but his intent and feelings were clear. He was there to help. The grandfather-like figure served to guide young ones through their turbulent slumber. The story of The Old Whisper is one of the few common tales that can be found all across the world, in every culture and nation.

As the practice of Hekan began to spread, the human imagination began to expand alongside it. The golden tales of The Old Whisper caught the attention of one early diviner, Andromeda. They believed the tales of an old man that could tend to the dreams of the troubled, and over several years they worked on using divination to peek into the essence of dreams. Up until Andromeda's research began, dreams were largely thought of as simple figments of the imagination with no greater significance than being a needed release from the thoughts racing through the human mind. However, Andromeda was convinced that there was more to the nature of these imaginings, and spent years divining into their own dreams. After endlessly searching for meaning in the signs they found and looking for ways to unlock the mysteries of the mind, Andromeda found far more than they expected.


To walk through The Tapestry means to never sleep again. Remember that, Weaver...
— Andromeda's Final Warning

When Andromeda was finally prepared to attune fully to the dreamworld rather than merely observe it with minor divination, they learned it wasn't at all what they had originally expected. They had thought to simply be able to enter their own dreams with the goal of finding out more about themselves in a metaphysical way. Instead, it seemed things ran deeper. The dreams of one person weren't isolated in their own heads. Humanity as a whole was connected to another plane through slumber. All dreams are interconnected in a tight pattern. Andromeda called this The Tapestry. Sometimes, when you encounter a person in your dreams it is more than just a mental manifestation of that person. Sometimes The Tapestry will connect people to one another for reasons unknown.

Andromeda was also the first one to discover the deadly downside to weaving between the dreams of others. The ability to be awake and active in The Tapestry is not natural. While doing so doesn't seem to harm The Tapestry, there are consequences to to those who utilize its power in the waking world. Even as the pioneering Diviner coined the name Dreamweavers for the new profession, an incident happened that demonstrated the problems associated with interacting with The Tapestry in this way. Andromeda went to sleep one day, and was unable to be awakened. Their body was alive, but their mind was gone. At first, many thought they had slipped into a coma brought on by disease or foul play from their enemies. This was only disproven when a fellow fledgling Dreamweaver was visited in their own dreams with a warning from Andromeda. Dreamweavers must never sleep again, lest they suffer the same fate.

The Tapestry is a huge web of interconnected realms

While the message was carried to the Dreamweavers, it was not immediately heeded. A few greedy Weavers, eager for glory in the absence of Andromeda, pushed themselves further in exploring The Tapestry. They likewise entered into a permanent coma, frozen in slumber. This drove home the message that exploration into The Tapestry came with a price: you lose your own dreams. The exact reasons behind this are still unclear, though several assumptions have been made. The most accepted theory is that the connection to The Tapestry doesn't end when you wake, and that repeated entry into the dream world makes it harder to return to a normal waking state. Those who frequently enter dreams may one day find that their mind is trapped within the woven fabric of dreams, forever keeping them there.

Determined not to give up Weaving, many began seeking a solution to this problem. If dreaming was deadly to a Dreamweaver, then the most obvious answer would simply be to never sleep. In the end, it seemed fitting that the price to pay for waking dreams was to be forever awake. Through the help of the growing order of Crystal Priests, a means to attain a perpetual waking state was found. A special seal was crafted for Dreamweavers, one which prevents the wearer from ever sleeping. Most weavers have the seal etched into their very flesh to ensure it never fails. However, the human body still needs rest to function, so meditation has become a key component of Weaver life. A tradition of setting aside days entirely for meditation is a very common practice among practitioners of the Weaver's ways.


There are many frontiers into which humans delve. But dreams… that’s maybe the grandest of them all. Our dreams contain everything. From hopes and fears, to the hidden and the unknown...
— Dreamweaver Silan Faarsky

There is more in The Tapestry than just dreamers and Weavers. Some of these other occupants are silent observers, the spirits of those who died in their slumber. A few of these even claim to have seen the visage of Andromeda or other fabled Dreamweavers of the past. But there are things of a stranger nature here too. If you've ever had the feeling of being chased by something unknown but terrible, you may have come across one of the more sinister dwellers in the realms of dreams. Weavers call them Nightgeists, but no matter what you call them, they're the embodiment of nightmares. They are remorseless beings of horror and death that feed on the terror of dreamers, even if the afflicted dies in the process.

As Weavers began to master their powers and exploration through The Tapestry continued, a need for unity was apparent. The dreamworld wasn't just a concept, it was something tangible that needed to be maintained. Eventually, a group of elder Dreamweavers gathered together to establish a formal organization to maintain the balance of the dreamworld. The Kelim was born from these efforts. While the organization doesn't have any formal authority over other Weavers, their guidance or condemnation carries much influence in most circles.

Tools of the Weaver

One of the first abilities Dreamweavers learn and perfect is the art of invading dreams. Most start with their own, testing the walls of their dreams for the last time before they have to leave them behind. From there, entering the dreams of others is as simple as opening a door. No contact or line of sight is needed, just proximity to the person while they sleep. A Dreamweaver can spy on a subject at will and their target will rarely be aware of their presence while the Weaver watches their dream and decodes its secrets.

Once you've traversed The Tapestry, you realize that its connections are ever-present. Even when you're awake, the world of dreams is never far away. Experienced Dreamweavers are never fully out of The Tapestry, and even the average person is just a nudge away from it at any moment. With a push of their mind, some Weavers can force others into the dreamworld, sending them instantly to sleep. Depending on the state of the person when this happens, they may not even know they are asleep, and instead act as they normally would despite now being present in the world of dreams.

Every once in a while, someone thinks we're nothing but sleepy Diviners. They don't laugh so hard when they see a 3-meter spider leap onto them. When your worst fear is in front of you, the whole world changes.
— Dreamweaver Lisano

One of the most immediate benefits of the connection between sleeping minds is the ability to leap from the dreams of one person and into another's. It all starts with the dreams of one person, and then the Dreamweaver can travel from there. The weaver simply latches onto the host and transfers to who they are immediately connected to. From one mind to their best friend's, to that person's mother, and so on. A skilled Dreamweaver can make dozens of leaps away from the dreamers they began with.

There is one ability that stands above the rest in the eyes of the Dreamweavers. For the most skilled Weavers, nightmares can be brought into reality. The twisted creature from your nightmares can be made real in the waking world. Or for some, it's a haunting image that can be interacted with in real time, sometimes to deadly effect. By making a connection to the victim’s mind, the Dreamweaver can draw from The Tapestry and bring it forth into reality. However, this fearsome ability comes with risk. Once something has been made real, it is real in all ways. This creation is beyond the Dreamweaver's control, and the effects cannot be reversed.

Dreamweavers sit at a strange crossroads on Tikor. Many members of the profession have little interest in being a formal part of society, let alone holding status. The Tapestry is not a physical construct, and that is where most Weavers feel they truly belong. So why then should they care about what happens in the mortal world?

Despite their reluctance to participate in society at large, they are still widely respected for their talents. When nightmares grip people with terror or plague the young, everyone knows that only a Dreamweaver can help. 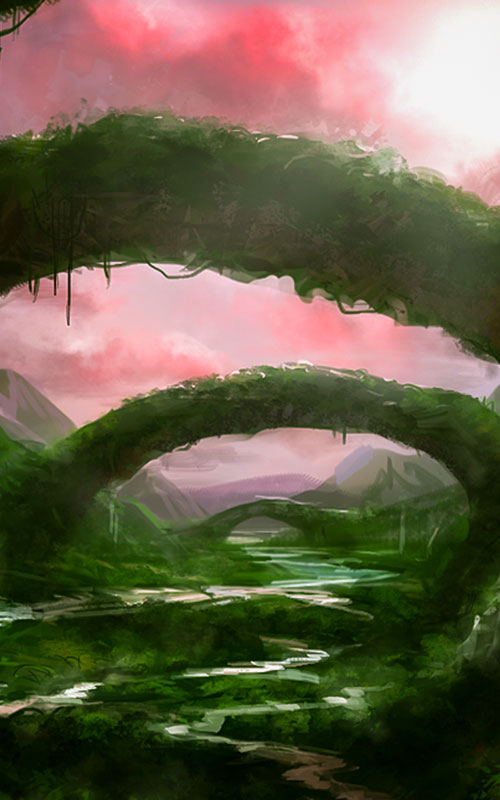 The Dreams of Mortals are Often Strange

Are animals in The Tapestry?

It's hard to say with certainty given the inability of Dreamweaver to communicate with animals found in dreams, but many weavers have mentioned curious interactions with creatures. This has caused widespread speculation as to the presence or absence of their connection to The Tapestry.

The interconnected dreamworld of human consciousness

Qualifications: Diving into The Tapestry requires a level of focus only seen in high-level Diviners. Soundness of the mind is key as well, as mental wavering can hamper the focus needed to reach it.


Legality : While Dreamweaving isn't illegal, it's not exactly encouraged either. Some people don't agree with the thought of someone invading their dreams. Diving into the dreams of a high-ranking official without permission is often considered illegal by association with its potential to harass or manipulate them.


Payment: Payment to a Dreamweaver comes in many forms. Some Weavers choose monetary payment, some choose status. Some don't charge at all. The wants of a Dreamweaver can vary.