Welcome to the Megaverse! Be sure to keep track of where you're heading. If you go lost, be sure to go back to Start Here. If you're looking for a specific planet, check the Planets in Detail section, or use the search bar!

What are Shroomies used for?

Shroomies are a drug. Each shroomie will provide a different effect, and most are used to enhance strength or mental willpower. Some will use shroomies to ease their pain, and others to trip.

Some of the effects of shroomies:

Strength: Some believe shroomies will make them strong enough to smash boulders and move houses: This is partially true; shroomies are used by adventures to enhance strength. Your base strength determines your strength increase.   Mental willpower: Metal willpower is something all people seek, and shroomies help most achieve it. Wizards most use Shroomies to allow them to use higher-leveled majick.   Getting high: Shroomies are commonly used to get stoned; they allow the user to relax completely. People often use shroomies after a long day at work or after a stressful event. This sensation is also known to calm the nerves and allow for pain to process.   Destiny Ascension: some believe that shroomies will cause them to ascend and see something greater, something others have never seen: This is rare and has not been studied thoroughly.

Many tribes of Beast Born humans worship the shroomie, and although they eat it, they pay it the most respect the creature. The drug sack is seen as a “holy” object, so they often separate it from the shroomie.   The most “basic” species is housed for its ability to cause ascension. The Beast Walkers hold ascension on a pedestal. If a member of the tribe goes through one, they're spoiled, protected, and above all else, cherished.   Shroomies are not worshiped above other creatures, but they're seen as important and useful.

Basic shroomies are white with red spots. The red spots will turn "dirty" over time.

Shroomies reproduce by losing a chunk of their cap. Since shroomies do not have a gender, another shroomie will eat the cap and throw up little caps out of its mouth.

Shroomies grow around the bases of oak trees across the Megaverse. When they sprout, they're just a cap. It takes about a week for a cap to grow into a small shroomie. It only takes two weeks for a shroomie to be fully developed.   They grow better in complete darkness, and often the sun will slow them down. You will find a cluster of growing shroomies on the inside of a tree, where it is most dark. Caps can only be found in shaded areas.

Shroomies can be found in only warm climates, they love oak and will deal with a little cold to get close to it. Shroomies come in a variety of species, but these shroomies can not be in a climate that is too hot, or too cold.   They can negatively impact an environment if force inside an ecosystem. Animals will try and eat them, get sick from the drug sack, and die.   Shroomies live in colonies of 13-32 and can often be seen marching around the forests they inhabit. Predators that can eat them use this as a chance to snag a group. The Bullette is a good example of such a beast.

Shroomies eat nuts, berries, and other older shroomies that will die anyway. The elder shroomie is eaten by members of the shroomcycle. Shroomies despise the sun, so they stay far away from it.   All their nutrients come from the various plants and insects they eat. Some shroomies have been caught eating meat but this is a rare case.

Shroomies hibernate in the winter, for the most part. When the sun is out they will hide in holes, or under leaves. Shroomies do not like the sun.   The cap of a shroomie will change with the seasons, often taking on a different appearance based on what the weather is like. Their red dots will turn white in the winter, yellow in the fall, green in the spring, and the color will vary in the summer.

Shroomies do not have a social structure.

Most do not keep them as pets, but shroomies are extremely friendly.

Shroomies do not have a face, they have a mouth though! It can only be seen when they're about to eat.

Shroomies can be found anywhere where oak exists. Shroomies will stay away from water; they cant swim, so they would float away.

Shroomies have basic functions, but they're not very smart. Shroomies do not recoginzie danger! They love humans and will often approch them, only to be eaten.

Shroomies do not have crazy abilities. However, they're very quick.

Shroomies can often be found helping feline species. Felines cannot eat shroomies but do keep them around to ward off insects. Most insects cant eat shroomies, they're drug sack would poison them. The insects kept away are especially bothersome to these feline species.
Welcome to the Megaverse! Please feel free to comment, and don't forget to follow! The Megaverse needs heroes! 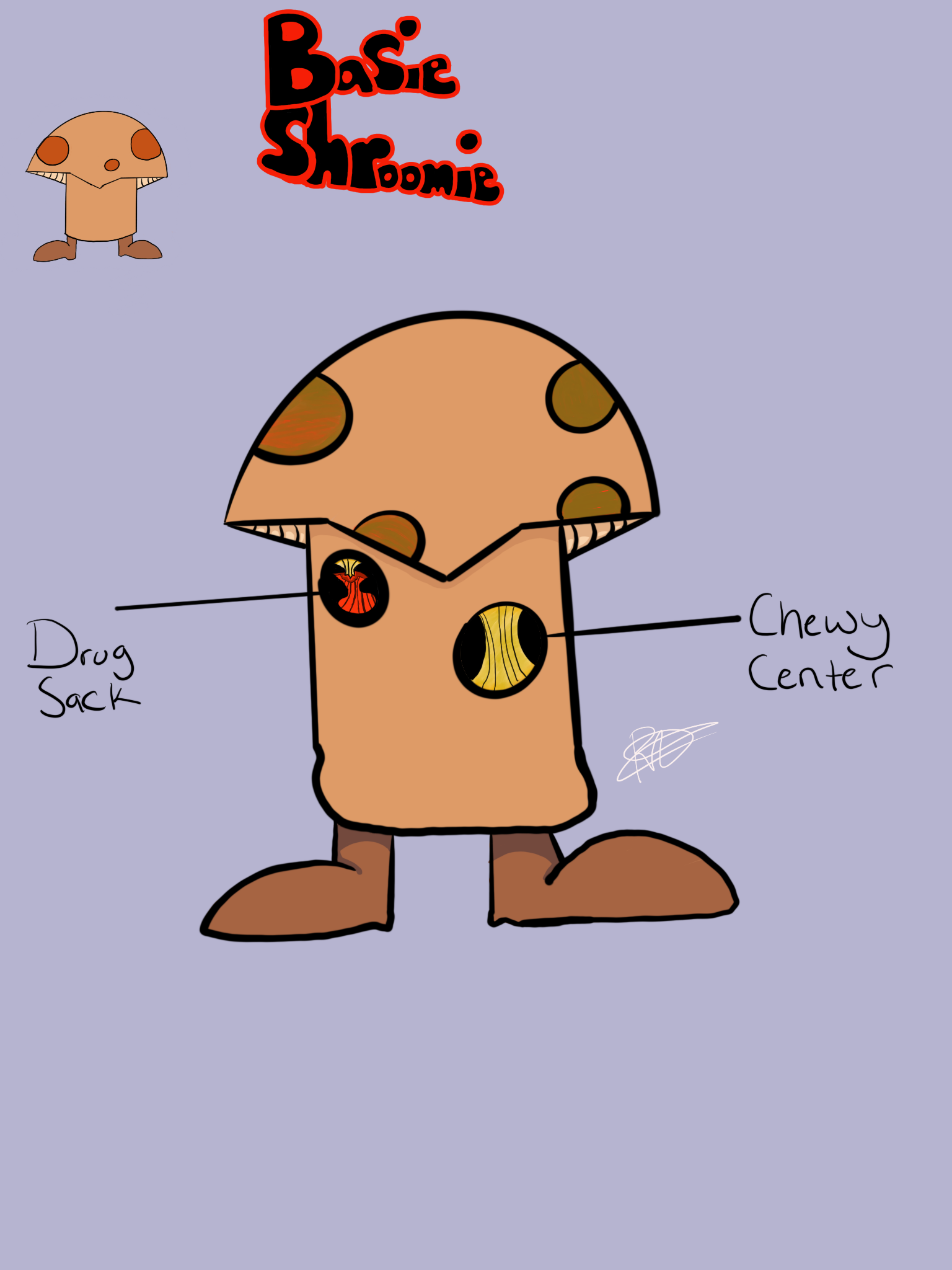 Art by: Me   Shroomies have a large-cap on their head, this is used to reproduce and fight off the sun. Their bodies can be skinny or chunky depending on how many elder shroomies they eat. Shroomies have “shoes” these just look like shoes. They weight the shroomie down, and keep it from floating away. These “shoes” are very crunchy, and should be cooked before eating. 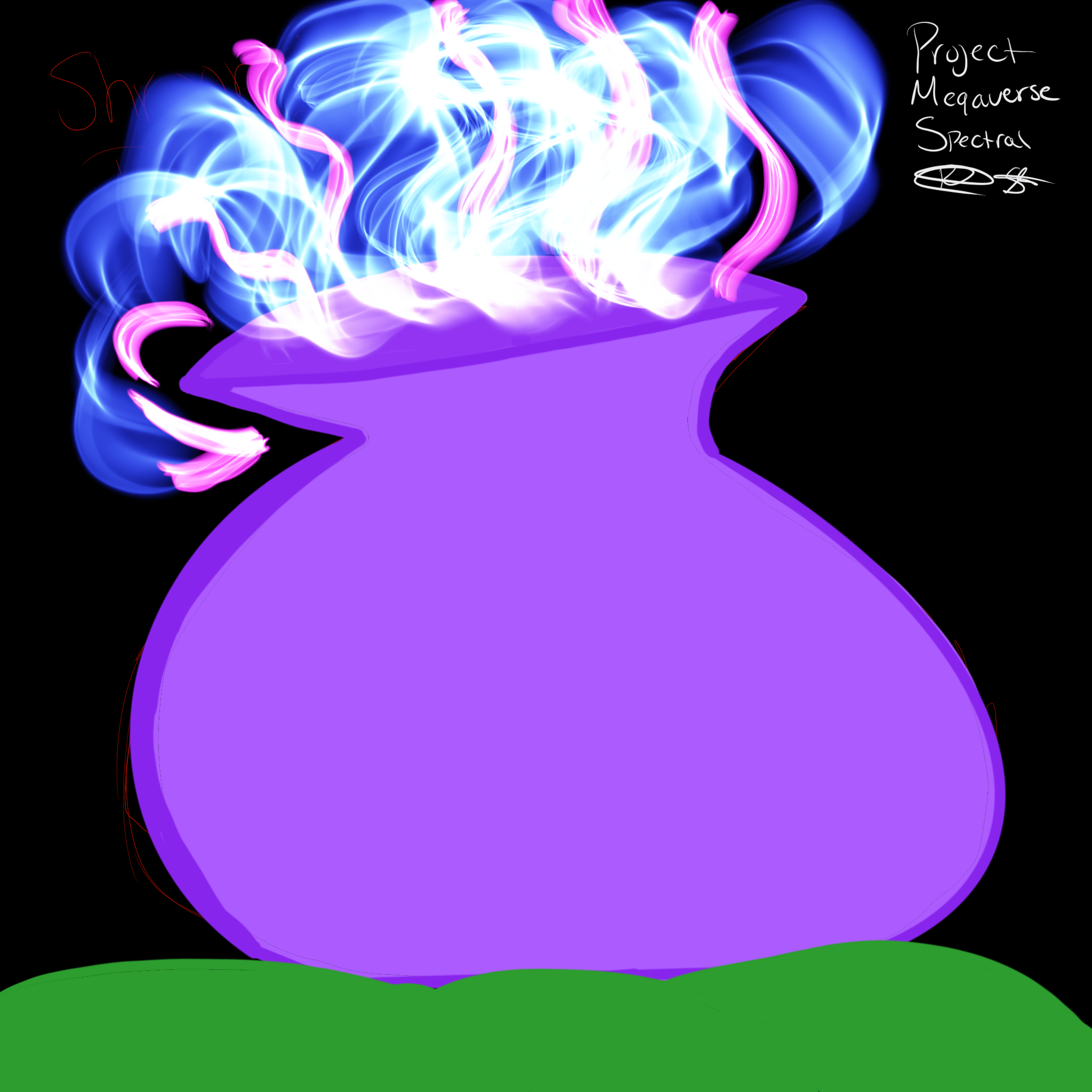 Art by: Me   Drug sacks come in a variety of colors but always take the same shape. They have a gas that comes out of the top, this is what gives shroomies their scent. The drug sack is tough to chew on, most people will cook it to enhance the effects. Each drug sack has a different taste, and they're not very tasty.   Weight: 1 pound   This is where the majority of the shroomies weight comes from.
Scientific Name
Sapien Aqaricus Bisporus
Lifespan
3 Months
Conservation Status
This species is thriving on the Prime Planets. However, this species is struggling to stay alive in space.
Average Height
1’4-2’4 inches
Average Weight
1 pound
Average Length
1 inch
Average Physique
Shroomies can be skinny or chunky. Shroomies get fatter as they eat other shroomies.
Discovered by
Azrath

Join The Megaverse: The Originals Discord!
Please do not use any of my content for any reason. Spectrals Megaverse all rights reserved 2020-2021.   This is a work of fiction.

Hi!   You mentioned on discord this was an entry for the challenge. Did you mean the Peculiar Plant challenge? Because these shroomies seem way more active than your average plant/plant-like being! In fact, they would seem much closer to animals, or animal-like creatures, than actual plants.   That being said, this was an interesting species. I liked the method of reproduction of those creatures, and I can easily imagine small shroomies running around in the wild, looking for oak and berries.   Regarding their effect, do people consume those without knowing what will happen to them? Or do they first separate shroomies between "strength shroom", "mind shroom", "getting high shroom", etc?   Thanks for the read! 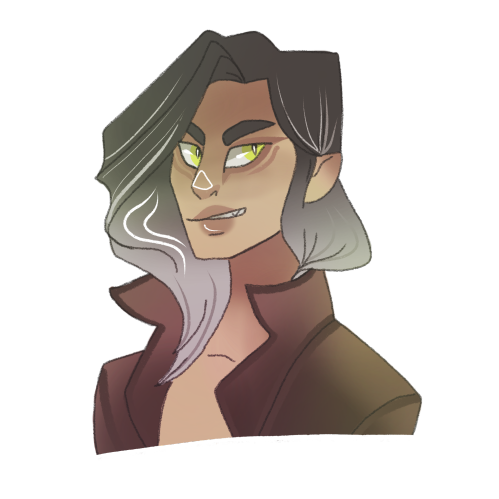 Yes! The shroomie is a planet, mostly a fungus. They date bate to the start of the first universe, but there is little record of them. What separates them from an animal?: It comes down to where they're found and what Druids classify them as.   In the Megaverse, planet and animal classification is done by Druids and another class I have yet to release. Despite them not really being animals, they're quite friendly. It is rare for people to let them grow or keep them; shroomies mostly get eaten. But they are not born, they grow, and I think that is what really sets them apart.   Part of the thrill is what effect you will get, so yes! People pluck them from the ground and eat them. If a Witch is involved, she would tell the difference in each drug sack because it comes down to the magic channel the shroomies draw from.

Thank you for these answers. I'm imagining these friendly shroomies as constantly babbling incoherently, then screaming a bit when taken to be eaten by a predator or a human. Do they actually produce any sound?

Yes! They even speak gibberish to humans, and when the wind hits them, they let out a whistle-like sound: These are the only species to be affected in this way by the wind.

Interesting concept! I like the different uses they have and how they are actually able to move. I wonder though you mention that they are friendly but do they not run away from any people who want to eat them then? Also can people tell the effect they are going to get by seeing what the sac looks like?   I noticed a few spelling mistakes: 'Metal' instead of 'mental' and 'majick' instead of 'magic'.

Majick was spelled that way on purpose, but good catch on the other one! I will go ahead and fix that in a moment! Shroomies are stupid. They tend to lack a flight or fight mentality altogether, at least his species does. Once the Shroomie comes close to the mouth of a person, they will panic.   Shroomies have a different drug sack each time they grow, so it is impossible to tell what you're getting unless you're a witch. On this species, the sack hardly changes based on the effect. Down the evolution like the sacks get more complex.

Awww those are cute little cannibalistic mushrooms XD I love the look of your shroomies with their little shoes XD (and great illustration!) And the idea of them marching in bands XD Great article!   That reproduction method is very strange! XD   What is the Bullette? You could add a tooltip to briefly explain.   " Shroomies have basic functions, but they're not very smart. Shroomies do not recoginzie danger! They love humans and will often approch them, only to be eaten." Awww the poor little ones… I like the idea that people worship them and decided to show that by eating them XD   Hod do the shroomies die? Can people kill them before eating or cooking them? Do they even want to kill them first or do they eat them raw and still alive and shouting?   " Most insects cant eat shroomies, they're drug sack would poison them." But that doesn't prevent the insects from getting close to the feline, right? Or is it the vapour emitted by the poison sacks that keep them away?

So Shroomies can die of natural causes! People can cook them before they kill them, and that will change the properties of the shroomie. Some recipes even involve cooked shroomie. Most, if not all, people will eat them alive, though. There is a kind of vapor that comes from the shroomie cap that keeps the insects away. Only on this species, though.

... Walking mushrooms? Where did I leave my sniper-rifle... o_O There are things that should not be. Anyway, neat fun article!