"It is etched in this holy walls, the history of our ancestors, of times of wonder and glory"

Religious leaders such as priest and clerics are the ones who hold power in the nation of Aeurun, governing provinces through faith and unity, the highest above them all is the high ministers, a collective counsel of its most renowned and wise bishops who act as the head of the religion in the Theocracy and it's rulers, it is said that only they can commune with the spirit of their goddess Aeurinia who guides them through her wisdom

The culture of the Aeurunites are deeply entrenched in religious ancestral beliefs, both strict and conservative which more often than not has allowed them to persist in their dry and dangerous lands, they both Revere and fear ancient technology and ruins which according to their beliefs and traditions are rooted in ancestral spirits and gods   It is noted that they are somewhat xenophobic, untrusting of other cultures and outsiders that they considered as lesser and it's people asl unenlightened heretics

The Theocracy has an army of zealous warriors trained with duty in mind, they guard the walls that surround the nation from the barbaric savages and monsterous hordes   Additionally it has an advance fleet of warships and aeronautical vessels that they use to protect its borders from aggressor

The Theocracy is the very first nation to arose, its exact origins are shrouded in mystery with the vague belief that they had emerged from ancient underground structure and are the survivors of a great calamity, nevertheless they have proven to be a hardy people being able to live in the land they call home where the great waste borders their land,   The young Theocracy had to deal with outlander barbarians during it's expansion, until it reached the fringes of the great waste which had permanently halted the countries expansion, and in the third era where political instability threaten the exsistence of the nation, a bloody revolt occured resulting in the disposal of the sole minister of the Theocracy and the installment of a counsel,   In the current fourth era, the Theocracy waged a holy eat against the cieldrosians after the latter encroach upon what the theocracy considered to be sacred grounds, the war is relatively limited to naval warfare as the great waste prevented effective travel by land

A great majority of the populace of living in the theocracy controlled territory are auerenite purebloods with some small number of outlander barbarians who have converted to the faith and now reside in it's central or outer territories   Most of the auerenite live either as sailors, traders and merchants with only a selected individuals who show great devotion to their faith are chosen to be priest or amongst it's soldiers

Due to their close proximity to the great waste they have not been able to expand south due to the difficult of settling the inhospitable land, Opting instead to settle in the slightly more hospitable but colder east they where somewhat successful in colonization but only a few settlements are able to permanently cement themselves with the territory   Previous attempts have been made to settle the western lands with all resulting in failure with the settlers usually ending up dead or missing and further incursion where halted by more pressing matters

Defending the theocracy is the elite zealous soldiers that guard the walls of the nation, altho fewer in numbers compared to the other nations they make up for their excellent skill, and hardiness, often times it is said that these elite soldiers can even hold their own against a low level amalgari,   Protecting their waterways and aeorospace, the high fleet patrols the open seas in search for threats against the nation, their ships,. primarily their battleships are known to be  significantly of higher quality and design, their battleships are noted for having far stronger armour and cannons compared to their neighbors, the downside to this however is that the battleships are very hard to maintain and even harder to replace so their often reserve only for the hardest of battles and a destruction of even a single battle ship is a significant loss

The Theocracy possessed a large amount of preserved ancient technology, while most they have forgotten to operate most of it, those that they can offer a great technological boon to the nation allowing them to wield tools of creation or destruction significant advance than their neighbors

The official religion of Aeurun is the Aeurunite Faith, a religion based around ancestor worship and their goddess aeurinia whose essence lingers in the ancient relics of the past, according to their faith, before the theocracy, the old world was consumed by a dark beast and the ancestors called out to the skies and where answered by a goddess of silver skin and flashing eyes, she implored the ancestors to construct ancient temples for her where her spirit may reside and that they may put their people within, and with her powers she protected those who hid in her temple until the world was renewed, and so it was the religion of the Aeurunite Faith was born, the original temple that housed her spirit and protected them is now the most important location of the country   Because of this, every ancient work and object  that they encounter is deemed sacred, venerated as harboring the ancient souls of their ancestors and essence of their deity Aeurinia

Altho the theocracy is hostile to most outsiders of their faith in recent years they have formed a mutually non agression pact with the tribes living near it's borders,where  limited trading with resource and sharing knowledge can take place, it is not unheard of for a outlander, usually one rejected by his own tribe to find new life in Aeurun when they are indoctrinated in their faith,   In recent years the theocracy had allied themselves with a large outlander nation known as the khaganate to fight against the heretical cieldiric federation for their trespass on holy land,  the open seas have become a battleground for the two waring factions with neither side relenting easily

The sub tropical climates of norther Aeurun is settled by predominantly farmers where patches of fertile land can be found, it's coast are populated with a vast fishing industry which is the primary producer of food for most of the nation due to its high abundance,    auerenite metal is considered to be the highest quality metal one can find in cieldros, it's widely theorize that Aeurunite metal is an attempt of forging the ancient alloys of of the past

The Theocracy engages in limited trade with outsiders, mainly the non hostile tribes of outlanders that live near their borders, priest are known to seek out ancient relics from these outsiders and offer them valuable resource in exchange for a venerated artifact

Professional education are reserved to those of high status or deemed worthy by the priest, the commoners usually learned passed down knowledge like how to operate a boat as a family trade

Giving praise to the spirit of aeuniria and the ancestors is noted to be preformed multiple times a day on all days of the month, they would ask for guidance from their ancestors and preform small offerings to their godess on a small altar that can be seen on every household, on a certain occasion, large religious festivals are held where more extravagant ways of worship can be seen

The priest are revered In the nation, their faith and devotion sets them apart, from the common people, for a person to join the ranks of the priesthood, they must be of high status and posses the necessary traits to be one, mainly devotion, and intellect, those who show great promise can even rise up to become one of the high ministers, the greatest role a priest could have

Due to how interwoven politics and religion are, both their religious laws are essentially a part of their judicial laws as well, and usually priest would vie for political support using their holy status 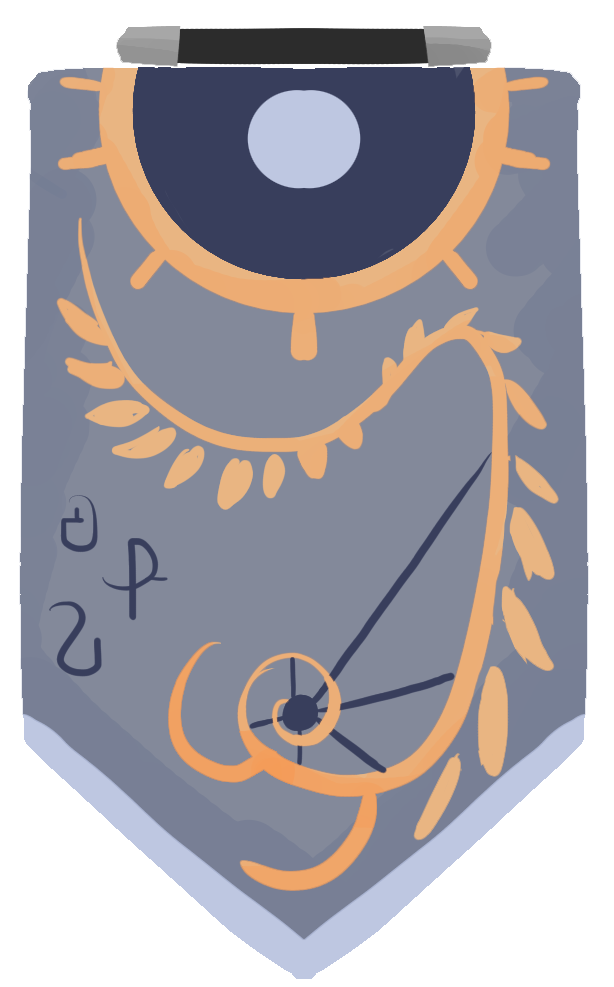 "Spirit and Ancestors be with you"

Type
Geopolitical, Theocracy
Alternative Names
The Theocracy,
Demonym
Aeurunite
Government System
Theocracy
Power Structure
Feudal state
Economic System
Market economy
Currency
Auerenium is their primary currency
Major Exports
Marine resources are the most exported resource they have, their access to the coast means that the outlanders need to trade with them to acquire it
Major Imports
Aside from tools and other mundane resources that the theocracy imports, they are known to import ancient relics which they consider sacred and store them in their reliquaries and temples
Legislative Body
The high ministers are not only the spiritual leaders of their state religion but also the supreme leader of the theocracy possesing both absolute legislative, judicial and executive authority and jurisdiction over their nation along with the help of lesser clerics and priest who preside on lesser matters of governance
Neighboring Nations