The high ones who bled for us are now gone, so now we must give back that which they granted us.
— A Tuepluezet priest

Tuepluezet, loosely translating to "Blood faith," is the primary religion of the Kouxat?, and the official faith of Chlotoun?. Blood lies at the core of the faith, as it is believed to be the very essence of life.

Most of the gods are dead. The Kouxat had endured years of subjugation, during which they were prohibited from worshipping their gods— who would starve as a result. A sole, remaining deity— Tuizotetikli?— would aid a slave in overthrowing her oppressors, this woman would become known as Tichepluezet or blood sovereign. Together, they would free the Kouxat and allow the faithful to practice Tuepluezet once again, however, the faith would evolve— the previous gods were required to maintain balance in the world. With these gods now gone, their combined duties fell solely upon Tuizotetikli— would would require constant human sacrifice to match the power of the fallen gods.

The Tnoutzet sits within the capitol of Chlotoun, guarded and protected somewhere deep in the structure.   Pilgrims may only enter the entry hall— which has, over the years, become a temple of its own to accommodate said visitors.
Thus began myriad practices and rituals involving sacrifice. After her own death, Tichepluezet would ascend to godhood as well, lightening Tuizotetikli's burden. Tichepluezet would then guide her people from beyond, through a sacred pool of blood known as the Tnoutzet, with which the nation's rulers commune to this day.   The faith's oldest practices often involve blood, as it is believed blood is the very essence of life— and the world itself. One can commune with the gods through blood, find clarity through ritual bloodletting, or gain strength by imbibing the sanguine fluid. Blood is what enables food to grow, especially within Chlotoun's borders— where crops such as the the revered red lacipex tree? are nurtured by a blood-red rain. As a result, many grow with reddish tints and vein-like protrusions along their surfaces, and have a slight taste of iron.

It is believed that ritual bloodletting grants one mental clarity, and relieves stress within the body. This must be done in a calm, quiet space— most Kouxat homes will contain a shrine for just such a purpose. Said shrines consist of a square lacipex mat, a candle lit and placed at each corner, and a ritual obsidian knife.   Mats can be no more than simple planks, or custom built with complex carvings upon their surfaces. The faithful will spend anywhere from ten minutes, to upwards of ten hours bloodletting— depending on what clouds their mind.

Yes, it is uncomfortable— painful, even, but I find my mind at ease as a result. It awakens my senses, shakes loose the stones in my mind so that my thoughts may flow freely once again.
— A believer

Human sacrifices are ceremonious events, which occur during the Niktatchao phase of the fractured moon. Sacrifices are chosen by priests from the local temple, who spend the night prior engaged in ritual bloodletting, which allows them to commune with the gods.   The sacrifice itself is preceded by a feast, during which those chosen will be announced, and given an opportunity to speak in front of the crowd and say their goodbyes. They are then bound at the wrists and ankles, and bent over a grooved altar. Their neck is sliced with a ritual obsidian blade, and allowed to spill into the altar's groove, which collects their blood in a great stone bowl set behind it. After they have bled out, their body is picked up, and laid flat on the altar— the priests will then make an incision beneath their ribcage, and cut out their heart— eating it before the crowd. After this, the collected blood will evaporate into the air, the priest will give a few final words, and the crowd will be turned home. 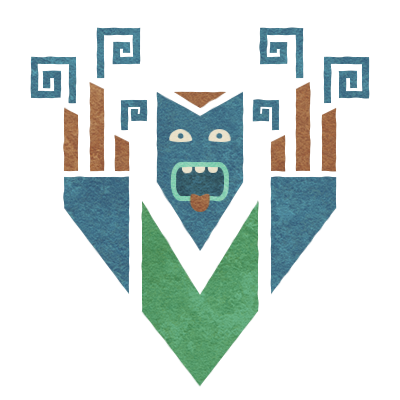 At the head of the church is none other than Chlotoun's Tichan— who is chosen directly by the gods through the Tnoutzet after the passing of the previous ruler. The Tichan acts as both head of state, and high priest. Directly below them are the speakers— the two eldest priests within the nation, who will commune directly with the Tnoutzet alongside the Tichan. Priests can be found in every temple throughout the nation, and most are raised from childhood for the role.

Due to the cannibalistic rituals involved in their sacrifices, many priests possess manipulative magics. This, they believe, is a gift from the gods— despite the fact that many priests who consume enough human hearts will be transformed into blood-hungry terrors.   As a result, priests are often trained in battle— should the day arise when they need to put down their comrades. Some instead opt for more quiet methods of dispatching these crazed figures, utilizing poison such as that found within the blood of Laktou Tzeukliyat?.

Most divergent sects of Tuepluezet involve the now dead gods, and are often frowned upon as many believe worship of those already past may anger those who are still alive. Extremists within these sects believe the gods can be brought back to life, however.

The former god of the sea. Believers in this sect often pray near the ocean, and sacrifice marine life to them. Many also bleed themselves while standing in the shallows. An unfortunate many of these fall victim to the tides.

Former god of agriculture, followers of this fallen deity continue to burn a portion of their crops as sacrifice. This often angers others, who see it as a waste of food— especially when the practice continues during periods of famine.

It is believed that Qet, and everything in it, was created by the gods to resolve an argument— who would be best suited to rule the cosmos? Through this test, the gods would discover that no single being could handle such a task— after their lack of cooperation lead to their creatures either starving, freezing, burning, or dying of thirst.   Cooperation, it seemed, was in all of their best interests. And so, they bled into a bowl— and filled wooden figures with the resulting mixture. These figures would become humanity . 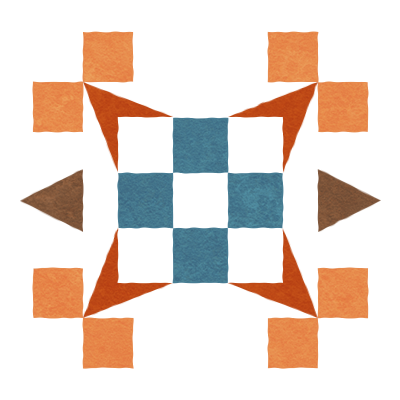 Religious structures are typically constructed with lacipex wood, as the blood-red material is believed to be a gift directly from the gods.   Temples are squat, round structures, shaped like falling drops of blood. This symbolizes the belief that they were dropped from the heavens. A square plaza typically surrounds each temple, the front of which proudly displays sacrificial altars and bowls upon a raised platform. Humble homes built behind the temple house the priests and their apprentices.

I really like this religion! I love how every part informs another, you get a really good sense of the culture and traditions they have, and who they are as a people. Its also (as everything you write) really interesting, I'll forever be amazed at how unique everything you come up with feels.   I find the tenets especially interesting within the context of their beliefs, and the details on the mythology, sects and architecture are all really cool too!

Thank you for the kind words! I hope to follow up with their culture soon as well.

This religion is so unique and interesting. I love that blood informs every part of it, from the shape of their temples to how they pray. I also love the tenets - they work really well with the theme of the religion. For some reason, I wasn't expecting human sacrifice to be part of it but I suppose I really ought to have. XD I assume it's an honour to be chosen? 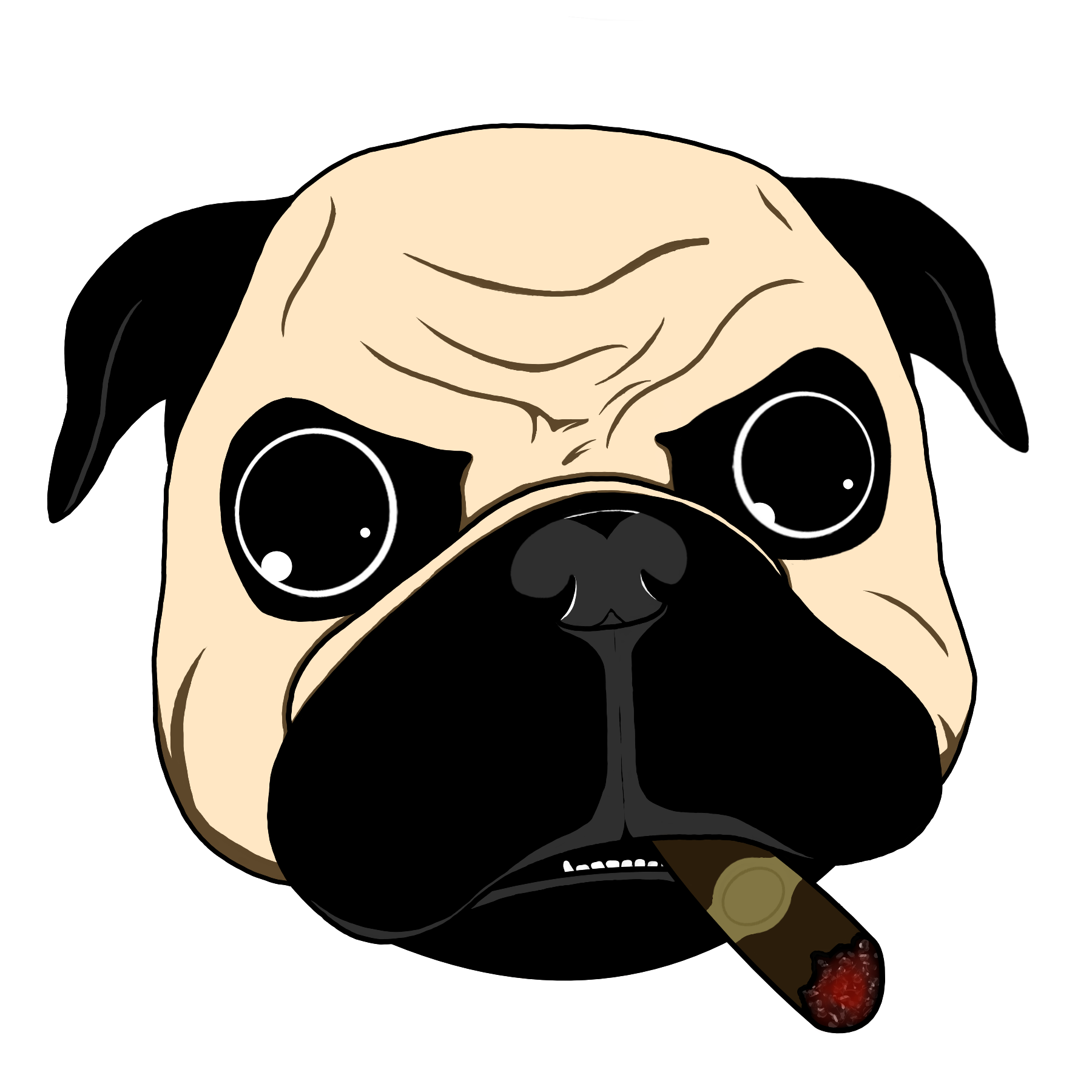 What a thorough examination into a religion. Honestly I think this is phenomenal; it covers beliefs, rituals and their purposes, and practices. The blood-letting practice is most intriguing to me since it seems to be a form of meditation.