Tribes of the Dreams

Und wieder mir träumte, ich wäre geflogen,
und diesesmal war es doch sicherlich wahr,
denn ich hatte so leicht wie die Luft ja gewogen
und hatte die Knie an den Körper gezogen,
und es ging wie im Flug, im beherztesten Bogen
hoch über der schwergewichtigen Schar,
es war keine Täuschung, ich war nicht betrogen,
es flogen die Stunden, die Tage, das Jahr. And again I dreamed that I had flown,
and this time it was certainly true
because I was as light as the air,
and had pulled my knees into my body,
and I went airborne, in the most spirited arc
High above the dense crowd,
it was not a delusion, I was not deceived,
The hours, the days, the year flew.
-Traum Vom Fliegen, Karl Kraus


Dreams are an essential piece and energy that shaped the inhabitants of the Lapse, a periodical state between reality and fiction where a person shifts from reality and everything becomes possible, their intentions are made clear and their soul condensates. The Dream tribes work with these energies, following a discipline based upon the use of oniric energies for their distillation and concoction, crafting the material of what people feel, what they see, hear, touch, taste, and smell.

Dreamites fulfill a role as the investigators of everything related to the bridge between worlds, on how the barriers between the crafted illusion of the Lapse and the unlikely reality of Earth can meet in a stable way, and both sides can profit from these interactions.

Dreamites differ from their peers in many ways, the most significant of which is their almost cosmic look. These creature's essence appears to be much less refined than other tribes that show contained, opaque bodies, while the Dreamite's skin is almost translucent, not allowing to see any internal structures, but still, with some focus, the observer is capable of seeing through. This skin is almost always of very lively color, that in some ways, seems to glisten and shine as if one was looking at the night sky.

Originally, Dreamites appeared to be less contained to their forms, but as humanity prospered and became more in touch with its inner machinations, everything became more complex, and the Dreamites eventually started to look less like shifting beings of unrecognizable, mesmerizing shapes to contained humanoids. This trait, however, has not completely faded, since some Dreamites still move in a very fluid manner, usually through their long and wild hair.

As a minor distinction, while the inhabitants of Lapse don't need to rest much to be fully functional, Dreamites always appear to be tired, no matter how many hours they sleep. Most of the beings of the Dream tribe have baggy eyes, an exhausted expression, and other characteristics that may express this behavior.

Lapse inhabitants all speak with varying successes of degree the main languages of the area of Earth they are meant to replicate. Dreamites in this case, follow an interesting tendency. As they study human nature and the nature of what composes themselves, Dreamites absorb a lot of scientific terminology and argon, which sometimes makes speaking with a Dreamite a complex and frustrating endeavor, since they won't even notice the kinds of words they're using, although they are likely to correct their speech when they perceive confusion.

Dreamites are really appreciative of knowledge and discovery in all of their facets. To them, anything that's worth understanding is worth studying. This facilitates a well-informed atmosphere, where Dreamites usually gather to discuss and experiment with new and fascinating things, while constantly trying to get closer to comprehending the essence of what constitutes reality and how that barrier can be overcome.

Dreamites have been keeping track of human knowledge for far longer than we have. Even though some of these records have unfortunately been lost to time, their hunger for knowledge and willingness to be the cornerstone to teach and connect all around them has led to the construction of volumes of knowledge. With the ages, the format of these has shifted, reaching a pseudo-digital state in actuality. Each of these volumes contains a generalization of all knowledge in one matter, meaning it creates an exact image of the rules and how to handle them.
Most Dreamites that dedicate themselves to the fabrication of dreams use these codexes as sources of inspiration, learning from their pages and breaking the rules, in an astounding effort to create new and enticing experiences and worlds.

As they are very much in touch with humanity, Dreamites give value to the idea that they themselves, as inhabitants of the Lapse, have something to hold on to in their times of doubt. While they do not necessarily all praise the Moon as a godly being, their good relationship with the Growic priests and their willingness to tolerate everything with a worthwhile point of view has opened their minds to some parts of the cult, including the suspension of disbelief and the adoption of a less rigorous and more carefree attitude, that's quickly become accepted by the younger members of the tribe and those with an adventurous spirit, accustomed to walking between both worlds.

In being some of the sages and scholars of the Lapse, many Dreamites take great pride in replicating the style of those on Earth who possessed great knowledge, wearing anything from a lab coat to a toga. Since they're the ones with more propensity to interact with material as unstable as raw concepts and emotions, this is mixed with many security implements, such as gloves, aprons, and goggles, which draws some common lines to the Trinket tribes.
In a broader sense, Dreamites also take notes from the Heraldryse's fashion habits in making their clothes as actual and comfortable as possible. In their case, Sparks are usually outfitted with one singular purpose in mind: being fast. Where the Mischief Tribes and Murmureans end up dressing quite extravagantly, Dreamites' clothes are functional and ready to get dirty.

As elected messengers of all beings in the Lapse, the Dreamites have very deep and solid relationships with both of the principal structures of power, as well as being constantly in touch with some of the more open Cycleans that help the Lapsefolk in their tasks. This relation, however, goes far beyond what they can achieve through postal work and setting up pathways since Dreamites are rumored to be the original Lapse tribe, from which the other ones emerged. This theory, unfortunately, can't be proven, since laws of genetics and evolution do not apply the same way to the people of the Lapse. 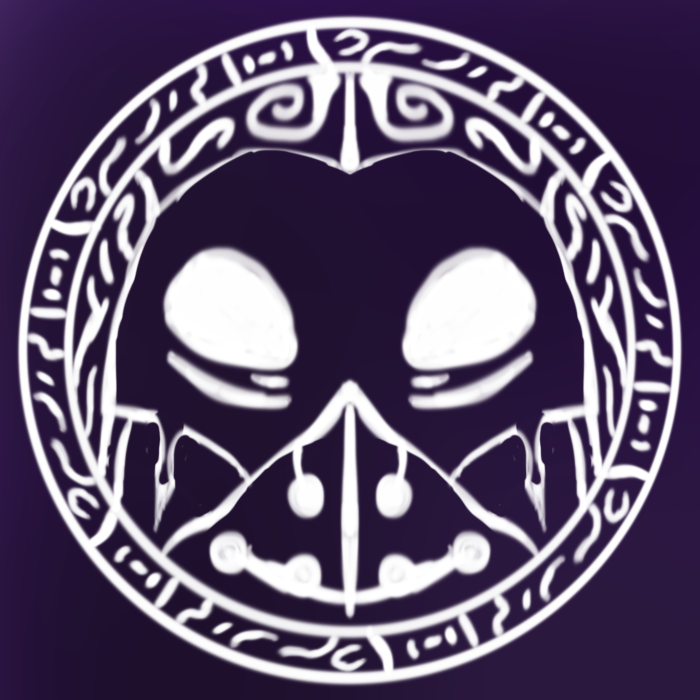 
Dreamite names are typically made out of physical elements and things that cause a strong emotional reaction in a person, usually fear, but it can also be joy, pleasure or anger. This is somewhat linked to the fact that they're the ones that have a deeper connection with the subconscious and concepts within the human mind.
While this may come across as impractical and weird to some, most Dreamites end up changing their name to whatever they feel represents them best, as they see it as an easily fluctuant nickname.

The following occupations are some of the most common amongst the broader spectrum of the Dream Tribes:
|Hoarder: Hoarders are the ones that capture and bend the essence of things that comes into the Lapse. This essence is normally canalized through a more concrete object, such as a liquid or a mineral, which Hoarders are fast to take care of and redistribute, contrary to what their name would suggest. This essence has many uses, but its main one is to help consolidate new beings and things into the Lapse, which the Growth tribe takes care of.
If it's not vital though, a hoarder can keep some of the energy for themselves, with the intent of studying or reshaping it into something new and beautiful. Most of the ones who would be considered the greatest artists of the overall Lapse are Hoarders.
|Alchemist: Alchemists are the ones who take the essence of thought and emotion and play with it, destroying and renewing it through its many shapes to consolidate the most complex of things it can aspire to be: a dream. Alchemists understand each and every emotion to the brim and use that knowledge to create truly amazing experiences for the senses and the imagination, to be enjoyed by the unsuspecting human in their sleep.
While they understand the nature of the beings of the Lapse deeply, Alchemists are not as adept healers as the Growth Tribes' specialists, instead redirecting their knowledge towards the interaction between both worlds, that's why they're also responsible for setting up pathways and new doors between both worlds.
|Spark: For a tribe that works under the REM, the Sparks are one of the most emblematic charges under the wing of the Heraldryse. Sparks are committed, fast, messengers of dreams. They go through the world gifting the restful with dreams and collecting raw energy before it's dilluted by shifting dimensions. They also act as links between the other tribes, often carrying important messages and orders to officials all around the globe.
Sparks work really closely with Alchemists, from transmitting their creations to the Outer World to looking for any potential, concealed, and respectful void where a Lapse citizen could phase through to Earth and carry out their work easier. 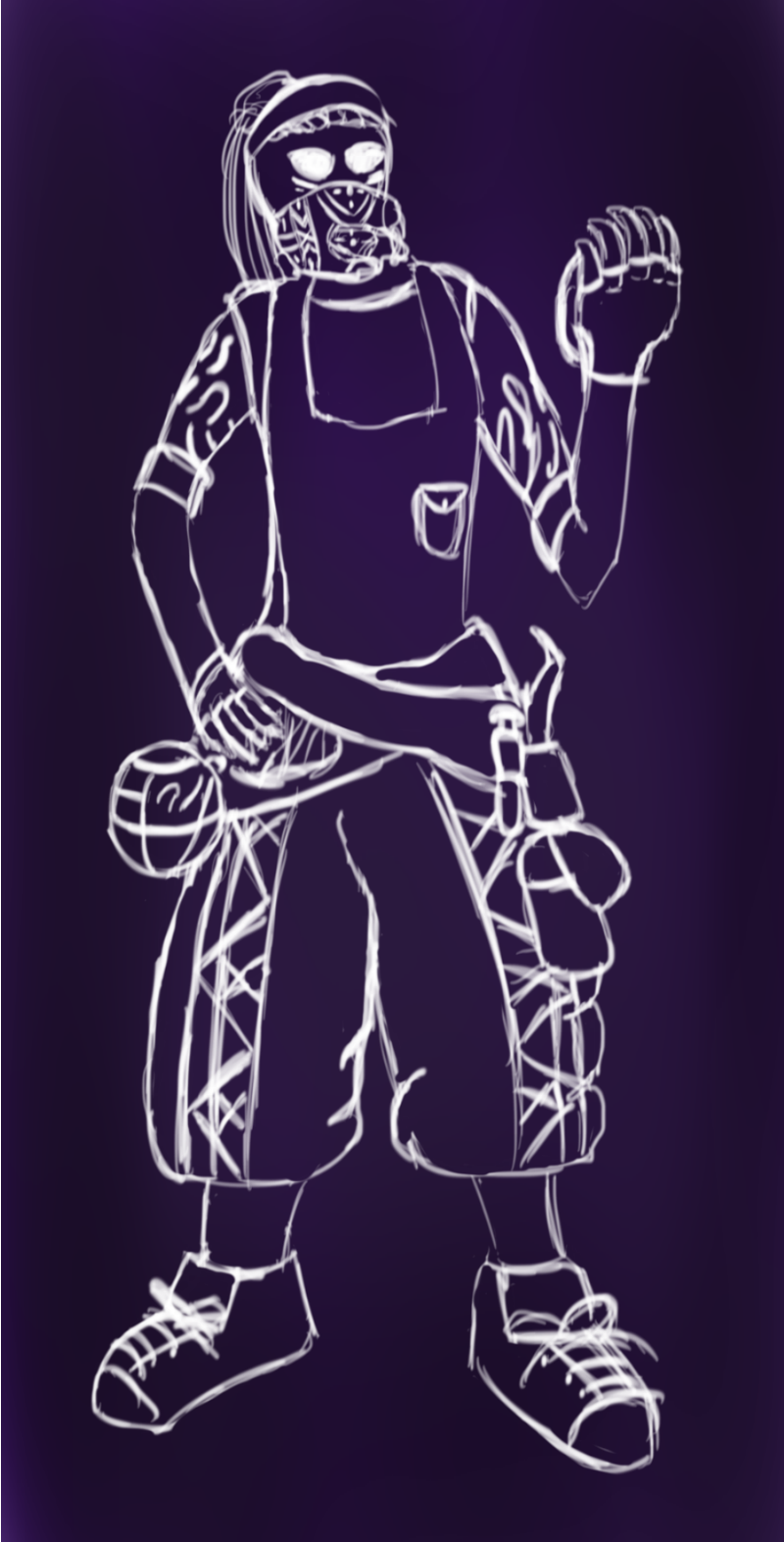 Always look exhausted and ready to get dirty: I feel y'all.

Sleeping is tough when you're always near dream juice ingredients

"Dreamites always appear to be tired, no matter how many hours they sleep. Most of the beings of the Dream tribe have baggy eyes, an exhausted expression, and other characteristics that may express this behavior." Esto me describe perfectamente. Todas las tribus de las que escribiste hasta ahora me llaman la atención pero esta creo que es mi favorita.