What's the matter - afraid of temptation?

Article Contributors: Kal Lucas, Frankie V, Erick V
Born an incubus, Pandemonius was elevated to god status. Taking over the role that Velevana once filled after her defeat, he is the god of Underdark drow. He is also considered a god of pleasure, lust, dreams, greed, chaos, destruction, and rebirth. While he is not yet considered part of any particular pantheon, he has been acknowledged by the Caelsimillian Pantheon.

Like most other demons, little is known about who Pandemonius was before his rebirth as an incubus. Even so, he was unusual among his brethren. Common to even the most ambitious of fiendish entities was an acceptance of the inevitable paths and the roles they were pretedermined to follow. The black-and-white laws of the universe allowed no opportunity for fiends to ever evolve past their wicked ways, nor any knowledge of what led them to their eternal punishment in the first place. Unique among his kind, the incubus quietly found their existence absurd and infuriating. As a result, his ambition far exceeded that of his peers, as the soon-to-be god craved the kind of knowledge and power that would seperate him from the demon lords and gods of his own kind.   He was summoned by Zakina Kociak-Falenmir to help the party in their battle against Velevana. Pandemonius, however, kept his distance from the group, too stunned and with enough sense of self-preservation to attack a literal goddess. After the battle, Zakina and her friends forgot about him entirely, leaving him in solitude on the defeated goddess's former plane. During this time, he spent many months harnessing the lingering chaotic magic, ultimately claiming the plane as his own before it could fade into obscurity.     Due to Zakina's actions, Pandemonius had the chance to break free from the shackles of his fate. He ascended to godhood, becoming a minor deity and a big deal to the drow who had lost their goddess. Pandemonium is quite active, with a hellish prison where he delights in torturing the souls that find themselves trapped there. Frequently, the god is torn between the pleasure he takes in his wicked deeds and the power he craves and his desire to change the very laws of the universe for the betterment of every soul within it.

Among other denizens native to the Abyss, he has a somewhat more stable sense of gender identity. 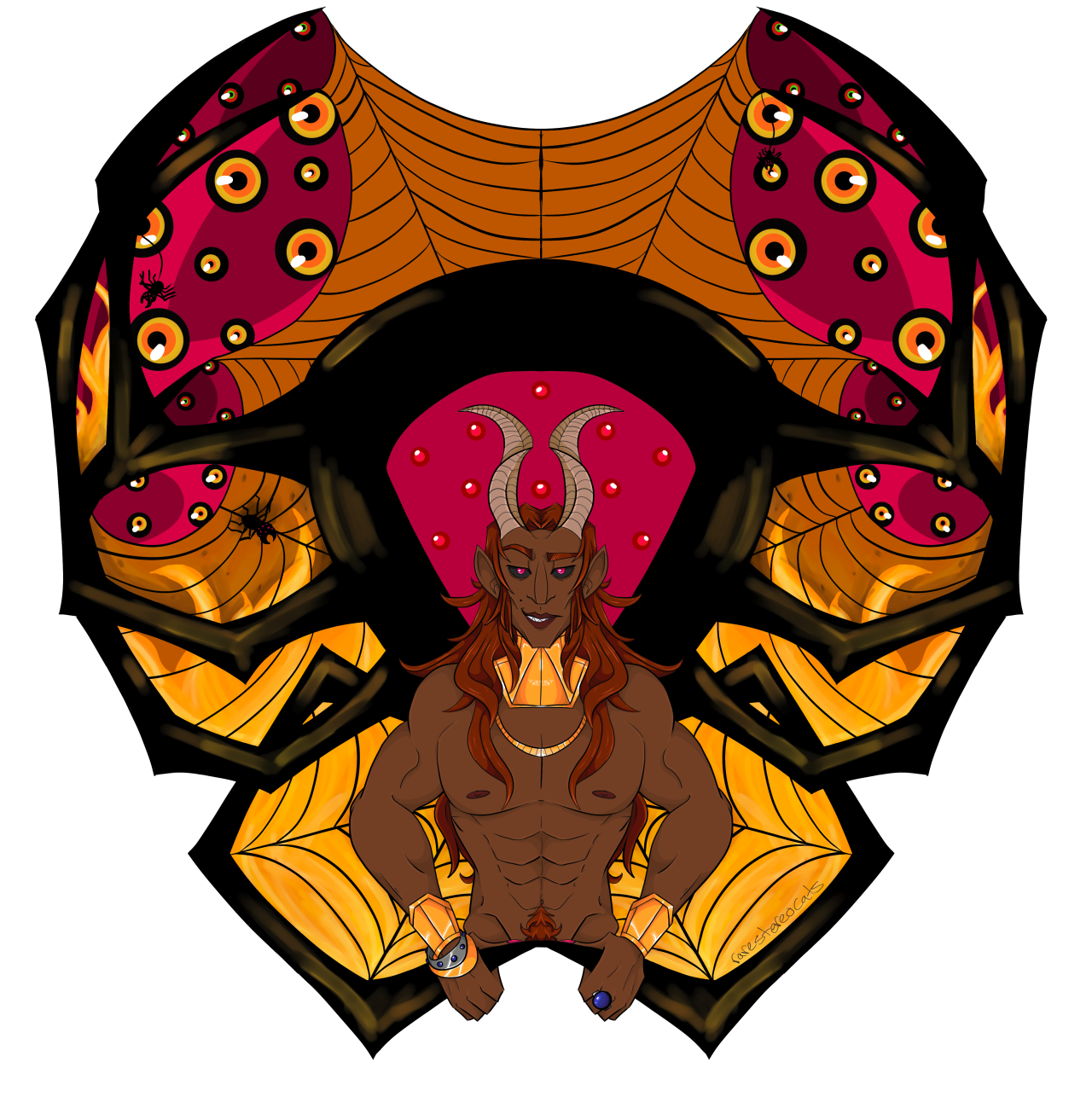 Divine Classification
Minor God, Demon, Incubus
Religions
Alignment
Chaotic Evil
Current Location
Pandemonium
Realm
Pandemonium
Church/Cult
Cult of Ascension
Birthplace
Abyss
Children
Gender
Incubus
Eyes
Generally bright red, pink, lilac, or gold
Hair
Usually black, red, or steel grey; it's generally worn long and loose
Quotes & Catchphrases
"Worship me."
"I love being evil. I want to hurt people - but I don't want to want it. I want a choice."
"Why should we be be punished for crimes we can't even remember committing?"
"Justice is arbitrary."
"I'm a demon- I can't help it."
"I'm going to reset the universe whether you agree to help me or try to stop me."
"Tell me how much you like it."
"If you like it, what's the big deal?"

This website uses trademarks and/or copyrights owned by Paizo Inc., used under Paizo's Community Use Policy. We are expressly prohibited from charging you to use or access this content. This website is not published, endorsed, or specifically approved by Paizo. For more information about Paizo Inc. and Paizo products, visit Paizo.   All images attributed with links to Unsplash or the personal websites of any of its employees are licensed under the Unsplash License.
Cover image: by Kal V, derivative work created with the Canva Content License
Character Portrait image: Pandy for Kal by Frankie Valentine
Article template
Character
World
Pathfinder: Crusades
Category
Deities and Archbeings in Species
Author
kalvorp
Publication Date
10 Aug, 2021
Creation Date
15 Feb, 2021
Last Update Date
18 May, 2022
Visibility
Public
Views
133
Favorites
1
Comments
0
Tags
deity chaotic evil chaotic evil demon incubus ascended pandemoneum