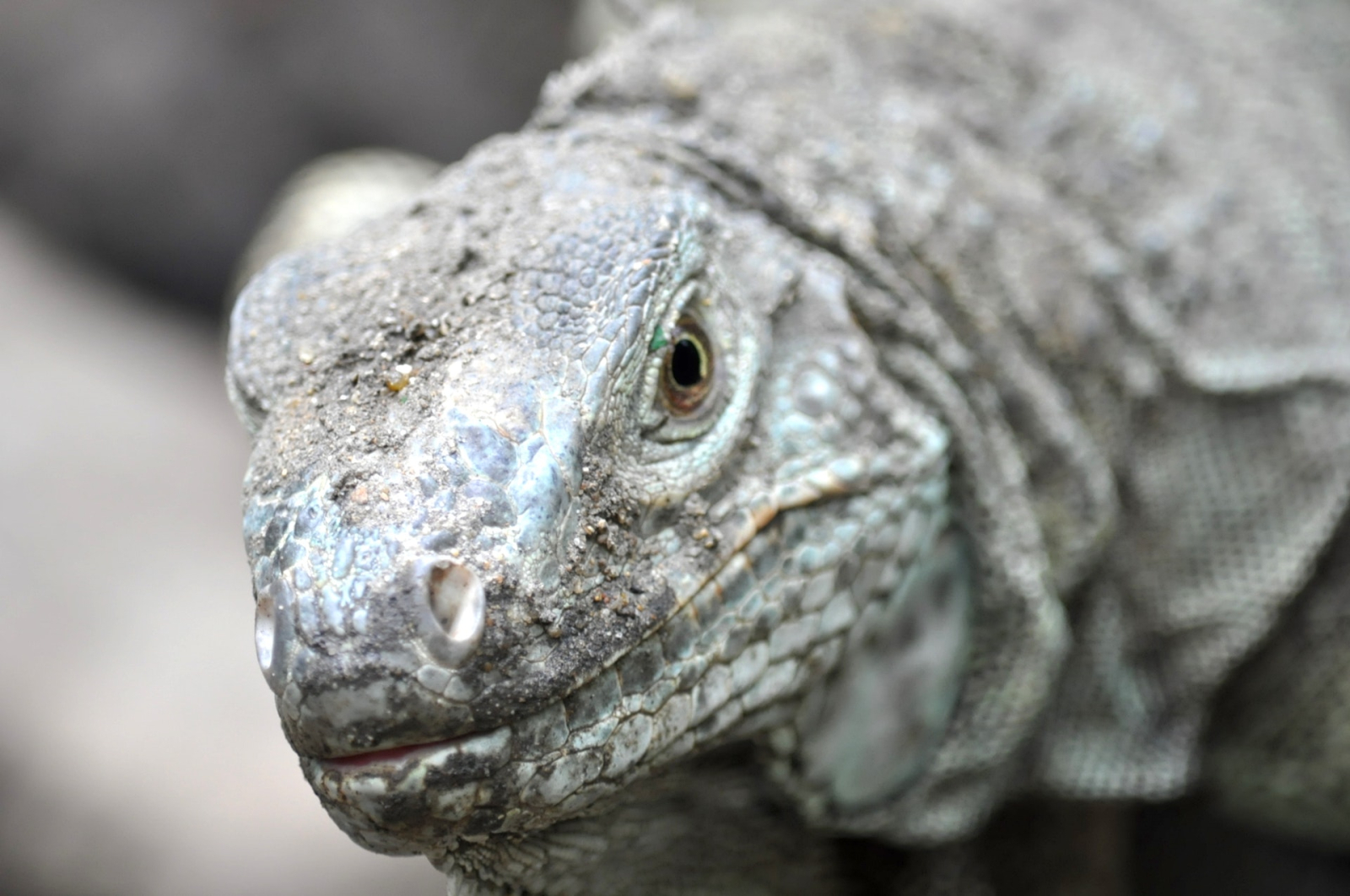 Oubri-Douji riders (sometimes just Oubri) are a division unique to Doujatar armies. They use flying Douji, usually isquidouji to fly high over enemy soldiers and bombarding them with heavy weapons, called flechettes.   They are considered the second most dangerous division in Doujatar army, just after the irkys stenun. Since tamed wyverns are way more docile than stenun, and do not usually eat their owners, they are much more common and are deployed on almost every single battle.

Flechettes are heavy metallic ammunitions forged in several forms and shapes. They must be light so that doujin can lift more, but heavy enough to have effect when impacting. To maximise effectiveness, they are long and have a pointy, heavier end so that they always fall with the point down. The tip focuses the energy on a smaller surface, thus making them more destructive.   Larger wyvern can load more ammunition with them but are more expensive to maintain, especially in terms of food. For general uses, smaller specimens are more common, but for specific tasks, for example, to break through more resistant defensive structures, being able to rely upon more ammunition can be critical.   Even without purposedly made ammunitions, stones and other heavy objects are just as fine. However, flechettes are cheap to produce and many can be recollected at the end of the fight, often intact, so that it is rare to run out of pieces before the battle is over.   Recently, the kingdom has began importing explosives from Cajena. Impact grenades, toxic and smoke bombs make for great weapons to use in this context. Unfortunately, they are expensive and handling them is tricky, each one requires a padded container for being transported without exploding, and as a consequence, only a few can be carried on a Douji. They work wonderfully to generate panic and to blast specific large targets.   Riders themselves are essentially unarmed and unarmored. Any additional weight they carry on the douji means they will have fewer flechettes. Since raining ammunition on enemies is their task, they strive to be as light as possible. To be able to defend themself in case of a rough landing too close to enemies, riders carry a sword and a shield, more rarely a crossbow, if they think they will land in a safe position within shot range when running low on flechettes.   Apart from ranged combat, isquidouji are still doujin. They are reptiles at least as big as horses, with hard stone-like skin and powerful muscles. They can engage soldiers in close combat and trample them to death.

The tactic is simple: at the start of the battle, riders fly over enemy lines or defensive structures and let ammunitions rain, literally dropping them without even aiming, which would be difficult and ineffective from that height. The only way to defend oneself from the deadly rain is to be under cover of buildings or shields, though the latter can quickly become useless.   When they run low they go back behind their lines, land to load new ammunitions and repeat the process. They only stop when they would risk hitting their own soldiers or the doujin are tired.   The important manoeuvre is flying high enough to be out of range for enemy archers. The weakest parts of a douji are the wings since the membrane is not stone-hard as their skin. When wounded, the animal cannot fly with the additional weight, and sometimes it cannot even sustain its own.   In the case the enemy deploys artillery like ballistas, which can easily perforate wing membrane, riders must change tactics and fly higher, further from them and faster. In this way, they try to be as hard to aim at as possible, at least until grounded troops disable artillery.

Doujin always require grounded logistical support.   Ammunitions must remain in a safe position, far from enemy ranged weapons, where landing is easy and there is plenty of space for several wyverns at once so that reloading is faster. Horses or other animals are used to move wheeled crates full of flechettes quickly enough to follow the dynamics of the battlefield.   Luckily, Oubri-doujin are usually docile, or at least properly tamed, so that handling them is much easier than other animals, like irkys stenun, when out of combat. They still require a fairly large amount of meat, but at least do not eat their riders.

Each rider owns its mount, which means they are responsible for providing food, healing wounds and in general taking care of it. Since it costs money, riders are almost invariantly rich nobles who decided to buy a douji and train to become riders.   Once the training is complete, the couple douji-rider must register as a licensed oubri-douji, which of course means paying an annual tax for the license. Settled bureaucracy, the rider becomes part of the division and generals can call upon him to recruit him into their army.   Given how the feudal Doujatar Kingdom works, riders are often deployed into their fathers' army. If their mount is strong and their show wit on the battlefield, they could get a chance of making it into the king's army. Luck and rumours play an important role too in determining who makes carrier and who stays behind.
Type
Airborne
Overall training Level
Professional
Assumed Veterancy
Veteran
Used by 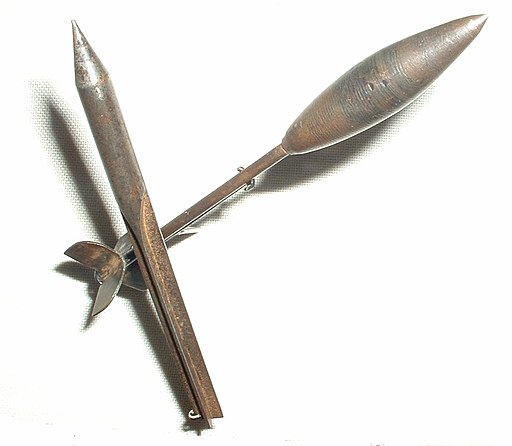 Flechettes by Public Domain
Two types of flechettes ammunitions.
Doujate
In response to the prompt Describe a military unit in your world that is famous for its unique ranged weapon.

This is a really interesting military unit! Douji sound like awesome animals, do the riders have their own Douji or does everyone kinda swap around? Either ways, I don't think I'd like to be on the receiving end of these flechettes. 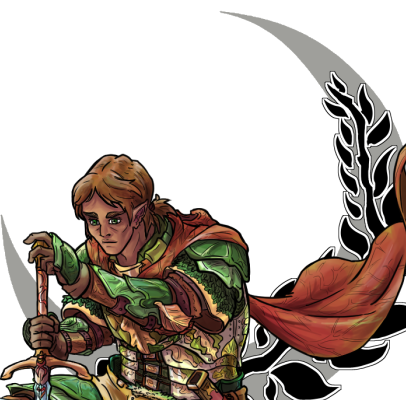 Hi! Riders have their own douji and do not swap it with others. I would not like it either, though driving them off during an assault could be something to brag about for roleplaying characters!

Ooooo well done. I love the depth you go into here, even detailing how they have to take care of their mounts and are responsible for them. I always love how fictional elements change the game when it comes to warfare and this is an excellent example. You even explain how their enemies react to their presence and how the riders adapt to that reaction. It's well thought out. Excellent work! Thanks for sharing!

Thanks for the nice comment! It took some time to write, but I'm very happy with the result!

As you should be! Good luck and keep up the excellent work.

That was a good read. Do you think it's a problem for the unit to feed all the douji when a battle lasts longer? Or are they generally a one-time weapon and return to a base after they finished a couple of rounds of attacks?

Thanks! They stick to the battleground as long as they can be used effectively without risks, reloading ammunitions when necessary. Battles do not usually last long enough to make feeding them a bigger problem than feeding their riders. I think they run off of ammunitions way before Doujin get hungry when battles last longer.

This is a wonderful read. Very interesting military unit and ranged weapon. I also like how you go into detail about tactics and logistics. It must be frightening to be attacked by them.

Thanks! I love writing additional details to think about possible realistic issues.