Our boat rolled over the sandbar and through the blackened vines that arched over our way. We expected little resistance when we explored this seemingly untouched lagoon 'fore, quite wrongly, settling in a small, clear cut clearing deep within the bog. When our boats mysteriously disappeared, we turned on one another for blame.
It was all too late when we realized we were surrounded by the loud, unending sound of frogs...
— Anonymous

TheLosgannamír, colloquially called "The Poisoned Maw" is a large, shallow lagoon located on the north shore of Tír Ruadhán

"What tasty morsels dare enter the domain of the Grung?"
— Annog the Fat, Fifteenth King of Yrevslagg

Losgannamír is a low lying lagoon that is settled on the north shore of Tír Ruadhán. The surrounding area is thick with dark, blackened trees with long hanging vines that rest on outlying short and grow on small parcels of low-lying, flooded wetlands in the middle of the lagoon. While it is mainly salt water, fresh water flows from the high, volcanic mountains to the south. Volcanic ash has greatly fertilized the land, giving what normally would be a barren lagoon into a strangely fertile swampy forest full of strange animals and overly-abundant insects.

Losgannamír is famed for its large and dangerous insects. The most notable examples are the large, hand-sized mosquito-like insects that drink and store blood and make nest where corpses and dead trees are. Other examples include the Empress Broodmother, a seemingly carnivorous example of the common butterfly which eats dead flesh, trees and flowers.   More to be added.

There is no known natural resources near or around Losgannamír, other than the rumors of gold and silver that may lie within the territory of the Grungs. While there is no proof, the rumor has been more than enough to spark exploration in the area, which has doomed many settlers.

For many centuries, the Raithur which inhabit the islands on the Sea of Oberon often ignored Losgannamír and the northern shore due to the Grung's hostile, slaving nature. The land remained almost untouched, as the Grungs rarely farmed or worked, operating on a hunter-gatherer mentality and utilizing slaves for entertainment.   It wasn't until the 3E 945 when Alcides of Calemago, an Old World Explorer, first discovered the sea and attempted to establish maps for future colonization. He was captured, along with some of his crew and remained a slave to the Grungs for three months before he was rescued by his former crew. Since then, Losgannamír has been placed on maps with a danger symbol, though brave adventurers and explorers still do not take heed of the warnings.   Military campaigns refuse to touch the swampland due to its insect infestation such as the bloodfly (large mosquito like insects) and other murderous insects, as well as the dangerous terrain which makes taking heavy equipment impossible. 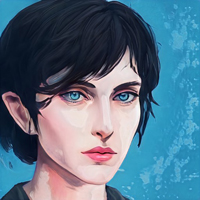 I love this article! Though one thing: I would not want to be there. Mosquitos love me. XP