Due to the fact that Minae do not have antennae, are blind, and are quite excitable, they are quite clumsy creatures. They will often trip and tumble, only to scramble back up and continue running toward whatever light, scent or warmth has caught their attention. Luckily, their fur and wings are bulletproof allowing them to tumble and fall without damage.

Minae are attracted to light, often seeking out its warmth. They will go after it without thought of their own safety, tumbling over roots, possibly even going after glowing predators. Minae left in complete darkness will panic and let out loud chirps in the hope that someone will find them. Minae left in darkness for too long may start to tire and weaken due to lack of warmth.

Minae love to sleep in close proximity to one another, forming small clusters around sources of light. They do not sleep on top of each other, however, they will sleep on top of those they have familial soul bonds with.

Despite the fact that Minae can fly, they tend not to for fear of getting lost in the skies or slamming into things with much more force than they would have if they were to walk or run.

Every minae has two moth wings, a lower abdomen, two legs, four arms each with three fingers, and two antennae atop their heads.

Minae reproduce asexually through the scales of their wings. Each minae has nine to eleven specific scales, of different coloring than most scales of their wings, that when dropped will pop into another smaller minae, known as a mini. The last scale dropped by a minae will often grow into a mini much like it in appearance, personality, and energy.

Minis will grow to be about a foot tall within 5AY, in which they will leave their mother. Growth to average height varies from minae to minae.

It is best for minae to live in warm climates with plenty of light, whether sun, energy, or bioluminescence. They can often be found clustered at the foot of streetlamps in nixan cities or following around the glowing eyes of lunar humans.

Minae feed off of light, energy, fire, fruit, sugar, and nectar. If given enough, they will fall into food comas in which their wings will vibrate softly out of contentment. Their love of nectar and fruit means they are pollinators. They can often be pound with patches of pollen stuck to their fur, or with their faces buried deep withing large flowers. Fruiting flowers are often eaten before they can grow out of their petals as minae can get overexcited and eat them before they are ready. This helps to cut down on invasive species.

Just like their creator, Malefis, minae are blind. They are only able to see changes in movement and light. Unlike Malefis, they do not have antennae all over their bodies to allow them to sense their environments.

Names are often given to minae by those that they bond with, rather than each other.

All minae are strictly female in both sex and gender.

Minae that live with another mortalis or fauna will often act as a type of guardian angel; the more they feed, the stronger they become. They will protect their family with their lives by using their energy to create a protective shield. This shield varies in size and power depending on the strength of the minae. Once bonded, they will instinctively protect the soul of those they have bonded with. This is known as a familial soul bond. Multiple minae can create these bonds with the same mortalis or fauna resulting in strengthened protection over that creature. Minae with these bonds can fly farther than those without. This also depends on how well they are fed and how strong their bond is.

Minae communicate through cricket-like chirps, lower in pitch. They can understand other languages and will often gesture or flutter their wings to convey emotion to other creatures. 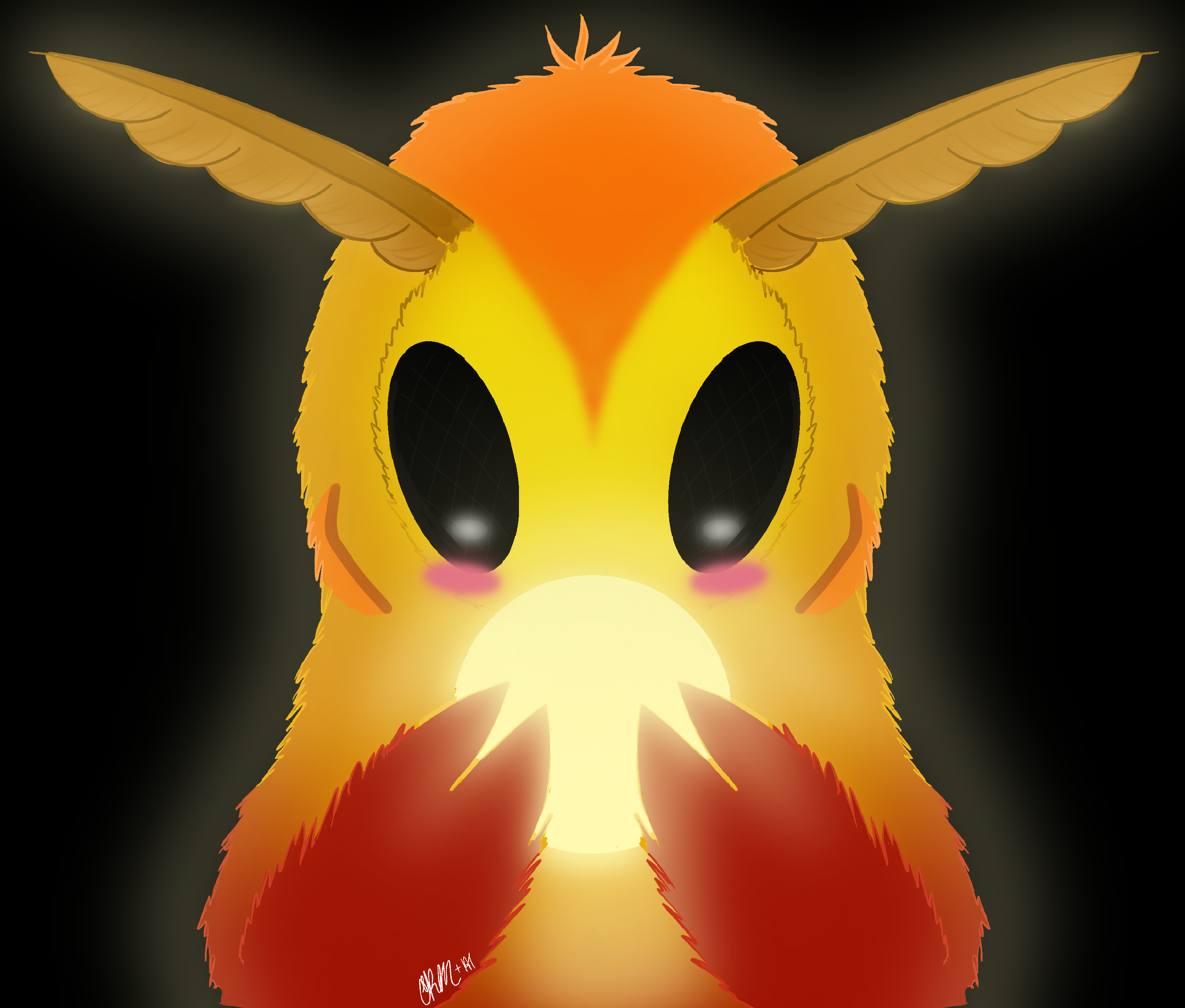 Minae have markings and coloring similar to that of the more colorful terran moths. Each is unique, however.

Even with bulletproof fur and wings, minae can be quite vulnerable when alone. Due to their small size, they can easily be swallowed in one bite by larger predators.

When minae become cold and weaken too much, they will cease to move and go into a coma-like state. They will only die if left like this for more than 10AY.

Due to their wings and fur, minae are unable to swim. They can withstand small amounts of water, such as light rain.

Certain flowers may be poisonous to them.

Minae are extremely susceptible to venom, however, it is highly unlikely that any natural fangs could penetrate their fur.