"Be grateful that we accept you into our ranks, Sable. I'd toss you into the seas or to the mounts of Daruta for the Nameas to devour you into ashes."
- Empress Kaela Ryzu, to King Damien Sable

There wasn't any intention in establishing an alliance with other kingdoms, especially after the scourge of the Strigea Monarchs towards the Council of Guardians. The Council became wary of their presence, despite their attempts to ask for forgiveness. The guardians cut ties with the Monarchs and focused on restoring their council to its former glories.   It was only when the Delegation of Qadena, followed by the Tribal Lyasakku, and Council of Floreale approached them in forming an alliance. This sudden interest is after the Monarchs being kicked out by the guardians, and they openly expressed their disdain towards them.   Initially, the alliance was named Four Corners as there were only four including the guardians. Soon, the Monarchs returned with a proposal of acquiring aid from the Andilon Family and the Board of Bloodfangs. The guardians were hesitant but accepted it nonetheless with the condition of life termination if there is foul play.

When the Strigean Monarchs first allied with the guardians, it was out of having a powerful ally among their ranks. Since the guardians are able to connect with nature and Yggdrassil, the Monarchs aimed to exploit their magic and become the ruler of Memoria. They failed this, and bide their time to forge alliance once more.   When Aegis was formed, the Alliance was meant to keep each kingdom safe from the threats of the Ashseeker ever since its first emergence right after the Five Decade Darkness Calamity. The guardians were more than capable to stop them, and knows a method to defeat them. Only the Monarch was the one that still insist on reaching the power of Yggdrassil within the Guardians' council.

The Monarchs was the main financial support for the guardians, and in return, they were given insights on how to govern their kingdom and enemy strategies. After their assault, the guardians relied on their savings entirely. When Lyasakku, Floreale and Qadena joined, they managed to secure a trading route for raw materials and medicine.   In Era 3, the Monarchs rejoined along with two of their allies. Despite their hostility with one another and guardians' disdain towards Strigea, King Damien the Fifth provided armies and continuous financial support for the guardians as well as other members of the alliance. The Andilon and Qadani teaches martial arts and Guerrilla Tactics to the troops.   Meanwhile, the guardians provide insights to the members, be it for future consequences or possible methods on doing something. They also become advisors for their members, although the Andilon Family does not favor this.

Before Aegis, there was only the Council of Guardians and the Strigea Monarchs. Both parties forged a strong alliance, with the former promised protection and financial support in any way possible while the latter assists them in finding stray guardians. This was back in Era 1, where other kingdoms and civilizations have yet risen to power.   However, in Era 2 Year 53, after the Five Decade Darkness calamity, the Strigea Monarchs blamed the guardians for their incompetency and for initiating the calamity. The monarchs sent their elite soldiers to eliminate them, but when the Empress of the time; Kaela Ryzu, not only dispatched them but also shown the truth, the Monarchs begged for forgiveness. The damage had been done and the guardians cut any ties to the monarchs. Their alliance officially ended on Bludwick of Galantor Year 63 Era 2 (1.10.63 ANC).   In Year 75 of the same Era, the Delegations of Qadena approached the guardians and proposed an alliance with them. The Council was extremely wary after the backstabbing of the monarchs, declined at first, but the Delegations insisted, though they were careful with their request. As both parties conducted meetings with one another, they found a shared interest in religion and their alliance began on 25th of Niv'e, Year 78 Era 2 (25.3.78 ANC).   In the coming years, the Tribal Lyasakku and the Council of Floreale approached the Council with the same intention but this time, they were welcomed with open arms. The alliance was known as the Four Corners, and after several meetings, the guardians realized these organizations have strong disdain towards the Monarchs as each of them was constantly scrutinized by them. They lack faith (Qadena), extremely racist towards orcs (Lyasakku), and destructive towards nature (Floreale).   Beginning of Era 3 in Year 12, Strigea Monarchs returned with the same request but offered to acquire help from the Board of Bloodfangs and the Andilon Family. This is due to the guardians' find the Bloodfang's method in organizing distasteful and avoids them while the Andilons were frank with their hatred towards the guardians and refused to help no matter what.   This was brought up in the next meeting among the Four Corners, while each of them expressed their hatred towards the Monarchs, they are unable to refuse the extra help since they don't have any problems with the Bloodfangs. The Monarchs were pardoned and they, along with their allies, joined the alliance. Four Corners were then changed to Aegis, and the organizations had a stable relationship with each other.   ...or so they thought.   You see, the Andilons are not fond of the guardians, regardless of what reasons or help they give to please the Skurja. Neither the Florelan nor the Qadani are equally pleased towards the family as they are destructive and worships the God of Death. The Lyasakku only knows about the Andilon when they first joined their meetings so they could not provide any opinion for each other. But that wasn't the worse one.   The three organizations; Floreale, Lyasakku, and Qadena, began to openly express their hatred towards the Monarchs especially on how suspicious they have become after they joined the Alliance. This matter went out of control when the Tribe Leader assaulted the Monarchs after a racist comment was made towards the Orcs, and the Andilon almost killed the Council Leader of Floreale due to the carelessness of their stinger. This also caused a rift between the Andilons and the Bloodfangs since the latter has a good relationship with the Florelans.

Tensions were high in the council. The Monarchs were assaulted, the Wilderking was injured and the Guardians soon found out Damien, and Andera Andilon has been stealing sacred texts from the archives to be used to raise an army of magic users. They faced trials; Damien and Andera were erased from existence and any Sable or Andilon are no longer accepted into the alliance.   It would've been fine if the punishment wasn't so harsh. They were only stealing, they didn't do harm, but this only incite fear in other members. When the news got out, Strigea and the Andilon went to assault the guardians. The army that was provided by the king, betrayed them and the Skurjas poisoned every guardian they could get their stinger on, torturing them with their poison until death.   The Queen of Qadena and Wilderking retreated, but the Chieftain stayed until his last breath to protect his allies. Only a small number of guardians escaped, and the council falls on 13th of Treded, Year 130 Era 5 (13.5.130 TDM). The guardians, though scattered, could not be found. 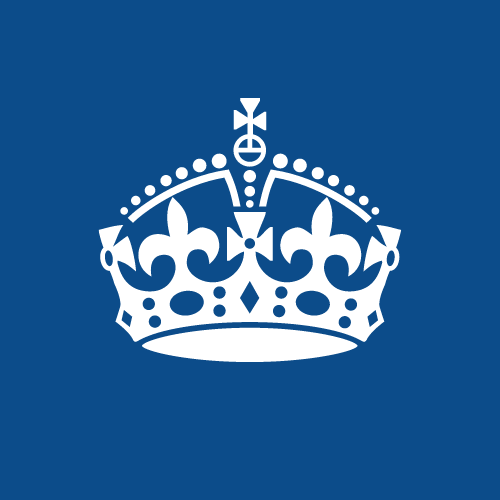 The progenitor of the alliance 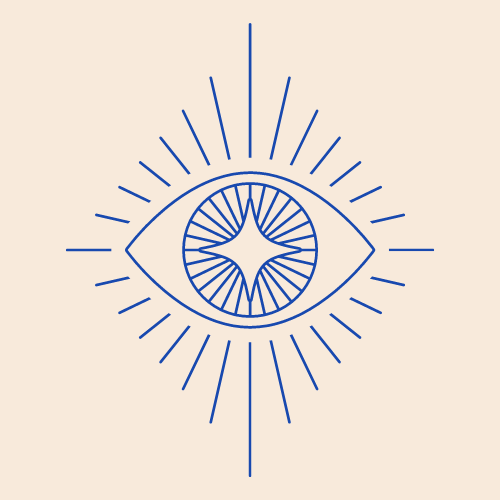 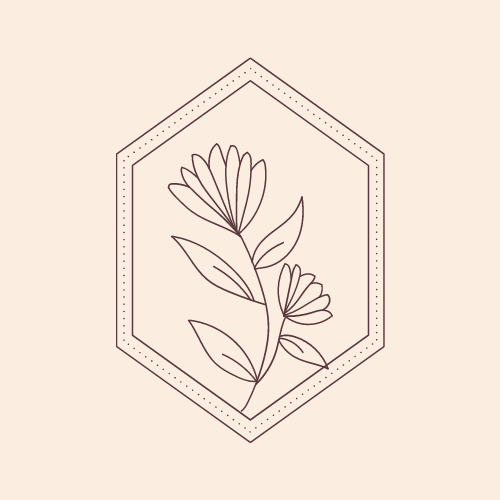 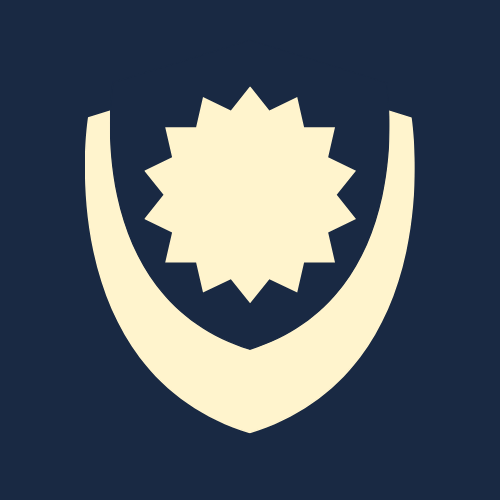 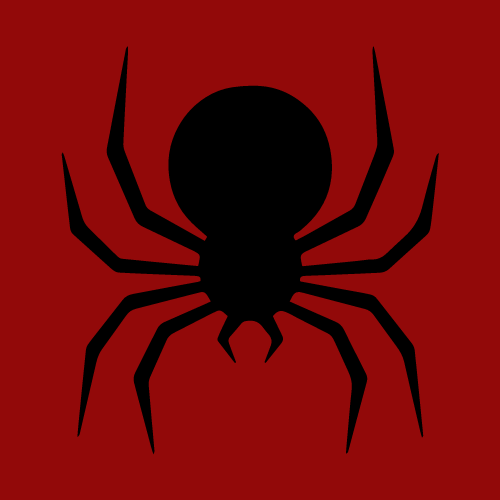 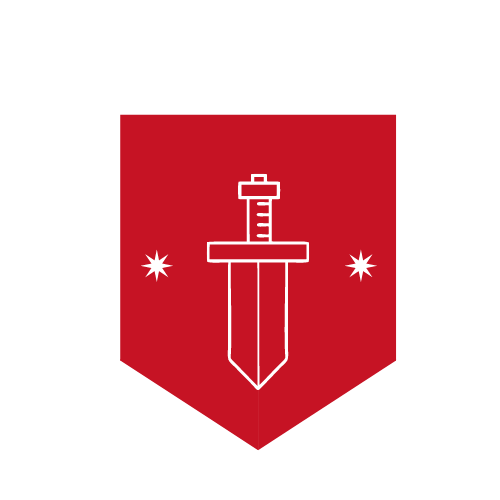 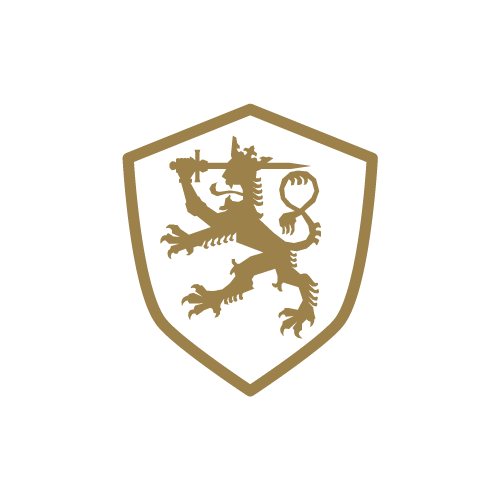 100
Council of Guardians were the ones that establish this alliance after garnering interests from other kingdoms and leaders.

100
They share the same beliefs in religious aspect as the Guardians believed in Yggdrassil and Lunaya's existence while the Qadani worships the goddess.

30
The Guardians tries their best to preserve the life on Floreale after the calamity however, Florelans are extremely wary of outsiders but welcomes anyone that is willing to help.

54
While Lyasakku is an established civilization with rather advanced technology, they still embrace the primitive life of their ancestors. However, the Guardians are fascinated by their devotion to the God of Sun; Suria and welcomed them with open arms. The Tribe Chief, though wary, appreciates their respect to their religion.

20
The alliance has nothing against the Bloodfangs but finds their treatment towards their people rather distasteful. Meanwhile, the Board is desperate to garner attention from the Council.

64
The Monarchs once attacked the Council after the Five Decade Darkness Calamity ended, causing a rift between the two organizations.

-100
Andilon Family are against magic and thus, against the Guardians. They claimed the guardians are false prophet and lives to steal the essence of the Nameas and threaten the ancient creature, Sakaratul, at Mount Daruta. The Guardians view the Andilons as barbaric and racist.

Join Memoria Discord!
This article has no secrets.

Overall, I like the story that you're telling here: alliance, betrayal, getting over it, more betrayal. I'm here for all of that. Right now, there are a lot of moving pieces, but not a lot of explanation. You could maybe offload some of your exposition to the sidebar: who are the members, where are the places, what were the events.   Right now, that's all in the text and feels confusing and is difficult to get through. Also, you may want to run it through grammarly.com or have someone proofread the grammar.   This is a good beginning and I look forward to seeing where you wind up.

Well I have to say, this article is clocking in with political and general intrigue and I love it so much! I’ve always been a fan of political intrigue and in fantasy, it just makes it so much better!   I really enjoyed the numerous twists and turns you took with the story. Even without knowing much about the various organisations involved, I did feel the impact of the alliances actions. I mean I already hate the Strigean monarchs since they sound snooty so there’s that. I have a lot of sympathy for the guardians, since it seems that they are getting the blame wrongly ( you can ignore this since it’s just the ramblings inside my head lol)   In terms of feedback, I think you can begin by explaining some of the terms here. The tooltips feature is a great way to do that, and adding short descriptions of the geopolitical players involved in this alliance would clear a lot of things up   My main question in this article other than that is, why was the alliance formed? Was it formed to combat a greater threat or for something else?   I have to say, I’m really really invested in this world. I really look forward to what you create!

Overall seems interesting ,I'd love to see where it all goes.