Let's get spooky... and creative!

Over the past year or so, I've gotten into the art of making emotes. I mean, really into making emotes. They're my favorite thing lately! Thus I decided that this October challenge, in which we have been set free to do as we please... I'm choosing to make it into a daily emote drawing challenge.
I stuck to completing 13 prompts since October was a super busy month, and I ended up with very little time for drawing. Nevertheless, I hope you enjoy the emotes, and the little blurbs I wrote for each prompt!
Curate your experience! 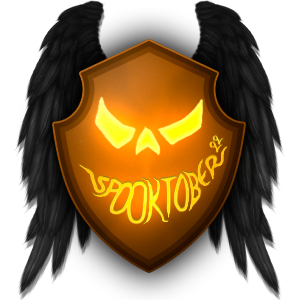 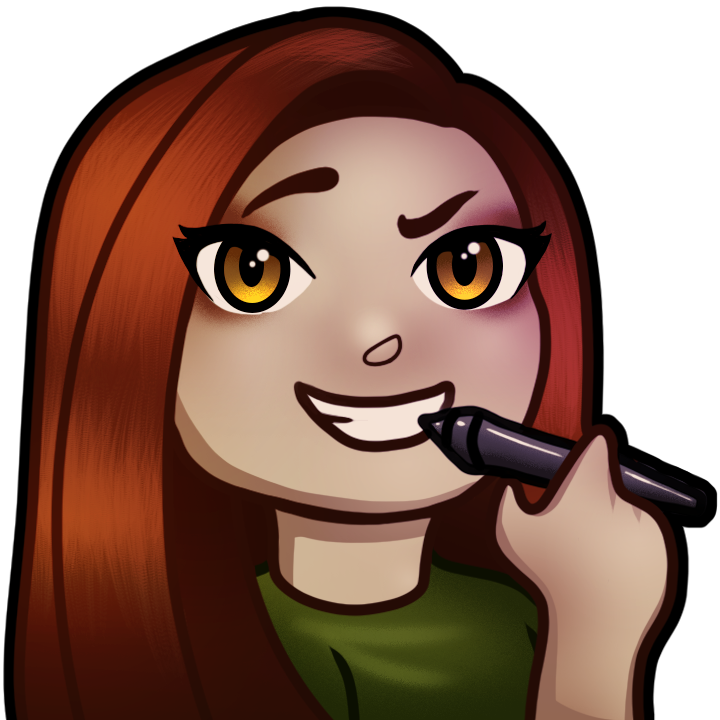 When I saw this prompt at the top of the list, I thought, "what better way to kick off the challenge than by introducing myself with a little self-portrait emote?" I have been thinking I ought to make a set of/for myself to use in my Discord server. Who knows, maybe over the course of the month, I'll end up with even more of these! My little artist heart is singing. 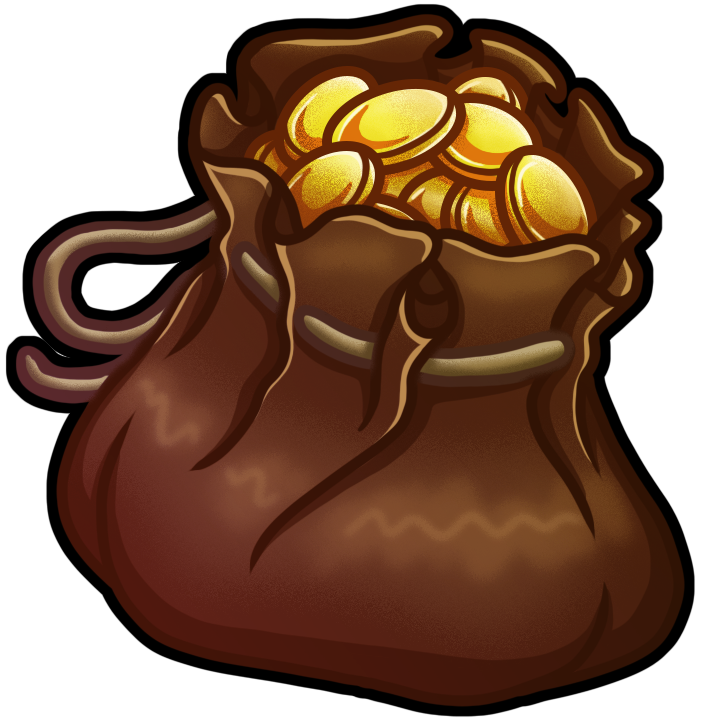 It's hard to think of something more prone to vanishing than an unwary adventurer's coinpurse, and so that is exactly what I chose to draw today! Always keep an eye on your coin, but don't make it obvious — it'll be a dead giveaway to all the thieves as to where you're keeping it all. Next thing you know, your hard-earned gold has been snatched away, right out from under your nose. 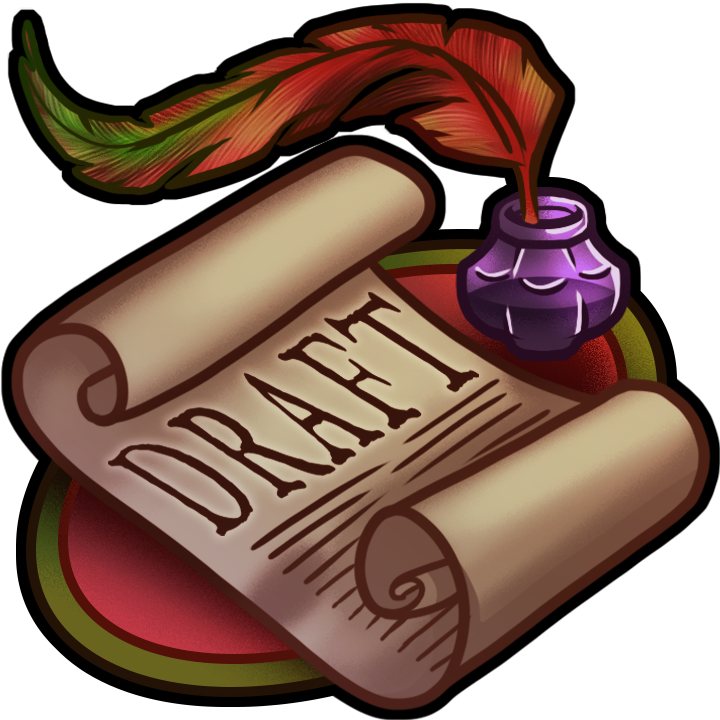 Long do we toil over our parchment and quills, our pens and paper... our keyboards... to create our perfect drafts — only for them to simply never see the light of day. It's a shame, really. I bet some absolute wonders are hiding out there in those endless draft folders. I imagine they feel quite abandoned, but we'll come back for them one day, when the time is right. 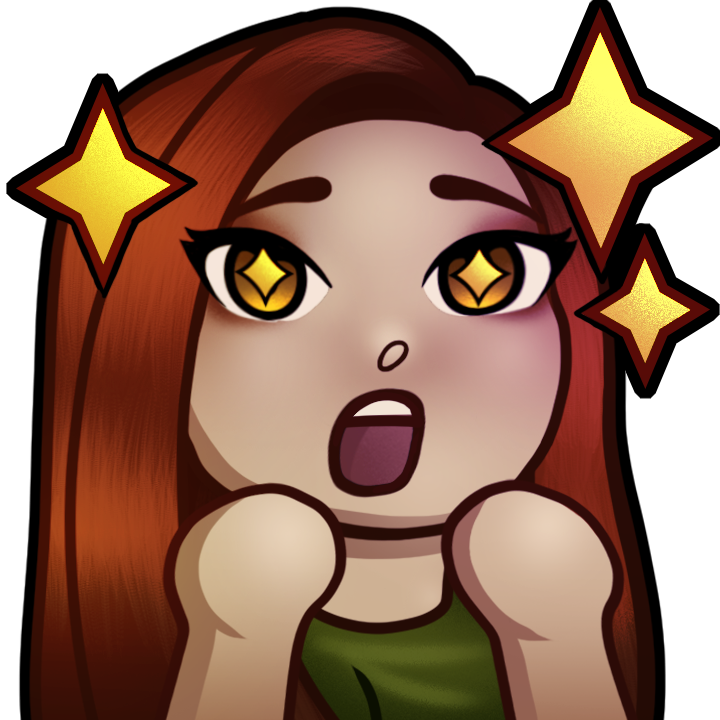 It is not simply through magic and hexes that one can be enchanted, though these are the more common ways one might think of. I've spent many an evening enchanted by the wonders of the night, of the beauty and horror alike to be found within. Feral, cryptic forms gleaming in the moonlight — they put a sparkle in my eye unlike any other, and I pray they continue to enchant me in the nights to come. 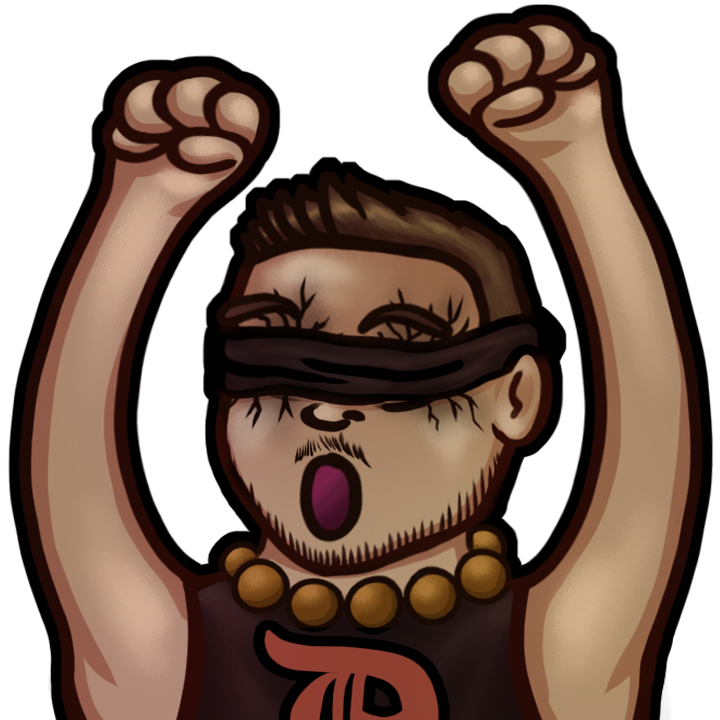 When traveling through lands crawling with threats from zombies to raiders, to any number of horrific monsters or mutated beasts, most would choose to draw as little attention to themselves as possible. Stealth and strategic movement, any tactic to prevent catching the interest of the creatures which seek to slay or consume you. There are also those who pay little mind to the dangers of the world and make all the noise they see fit. 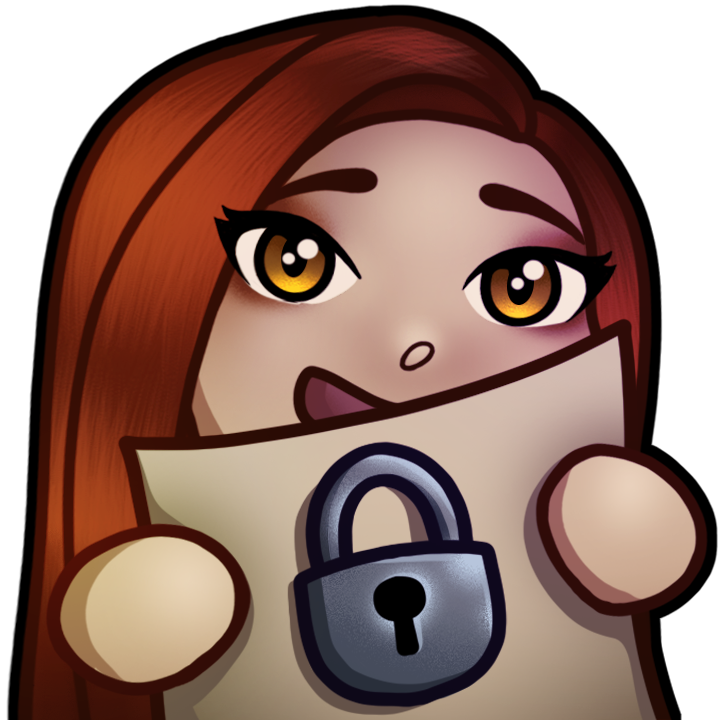 The world is brimming with secrets, some held tight behind lock and key. The greatest quests have come from secrets such as these, and the greatest of treasures found stowed away behind such safeguards. Many an adventurer has suffered great losses in search of mythical keys and legendary treasures, fallen victim to the empty promises of gold and riches, and endless glory. What fate will you find in my pile of secrets? 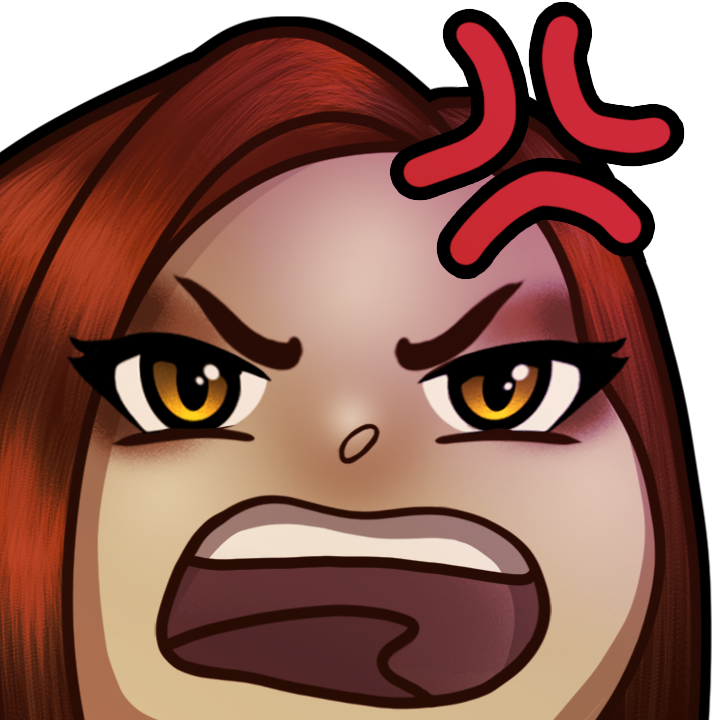 You've felt it too, haven't you? That fire inside of you, threatening to overtake everything as your sight runs red and you hear only the blood pumping in your ears. What you feel in such a moment transcends anger; even rage feels too delicate when describing the destruction you are but a thread from unleashing on the world. What they did was unforgivable, and you are sure to make it known when you finally utter... "heck?" 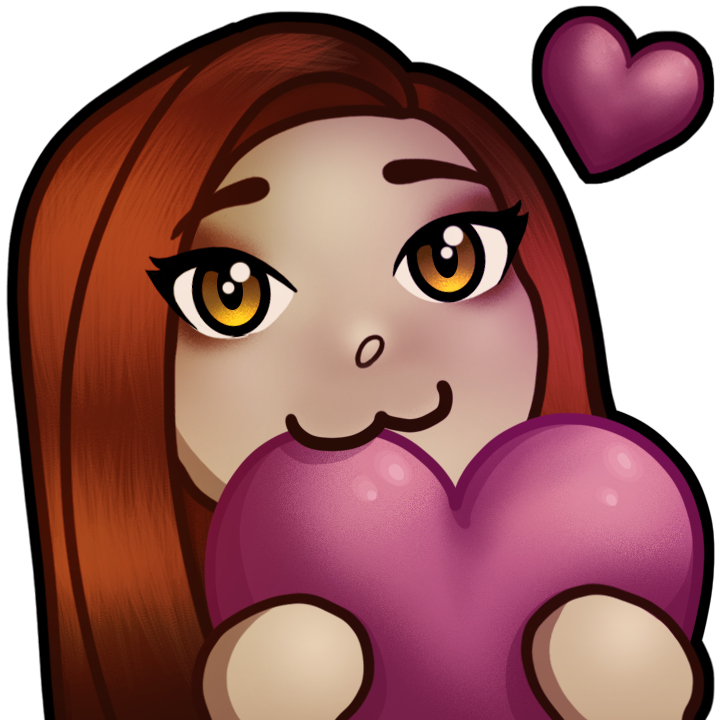 In that moment, your heart suddenly is no longer your own, your spirit soaring to the melody of someone else's song. All this time, you thought yourself above such trifling feelings, above such distractions and frivolities. Now your tune has changed; you are as one bewitched while even your waking dreams take the shape of your beloved. You are utterly lost to it, for what can possess your being more tenaciously than true love? 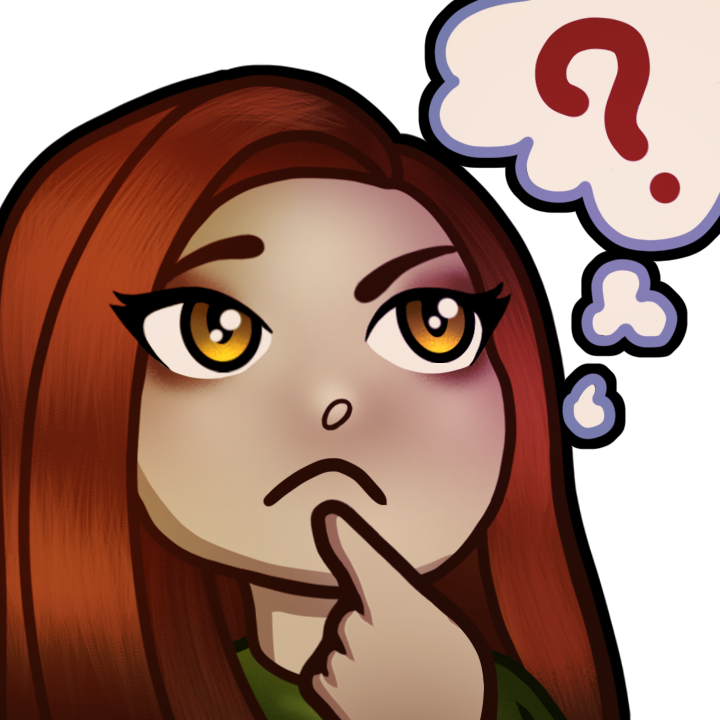 They continued to ask questions to the face staring blankly back at them, slow blinks betraying an utter lack of understanding. The creature was bewildered; they knew it to be fiercely intelligent, but what sat before them in that moment was little more than a lost child of the woods. With each new question posed to the creature with glazed-over eyes, it became ever clearer that the words fell unheard to a deep abyss within its mind. 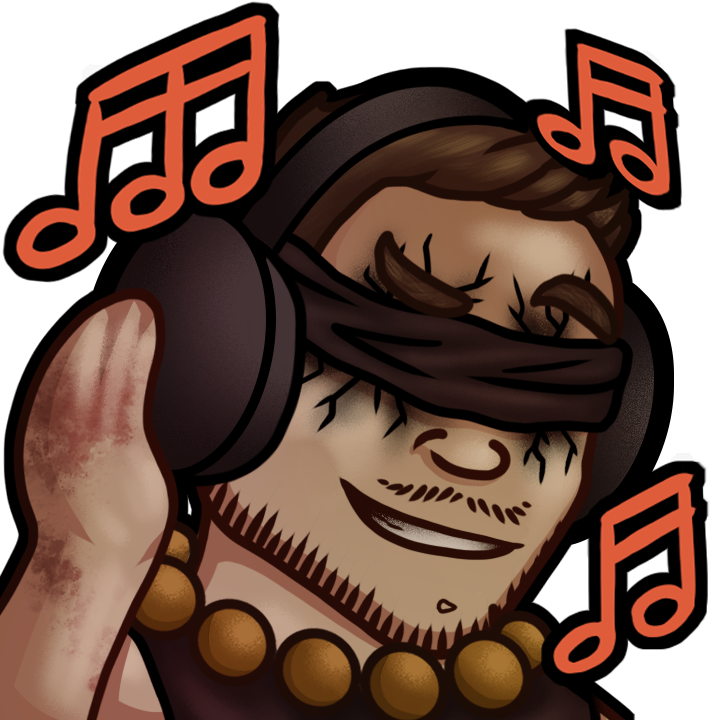 There’s something about the way that a good song can echo inside your head, sweeping you away upon its rhythm effortlessly, unto what feels like a whole new world. Lyrics can reach you like prophecies and revelations, and the beat can crash against you like a divine force. Even in a post-apocalyptic world brimming with chaos and danger, you should never underestimate the power of the beat. 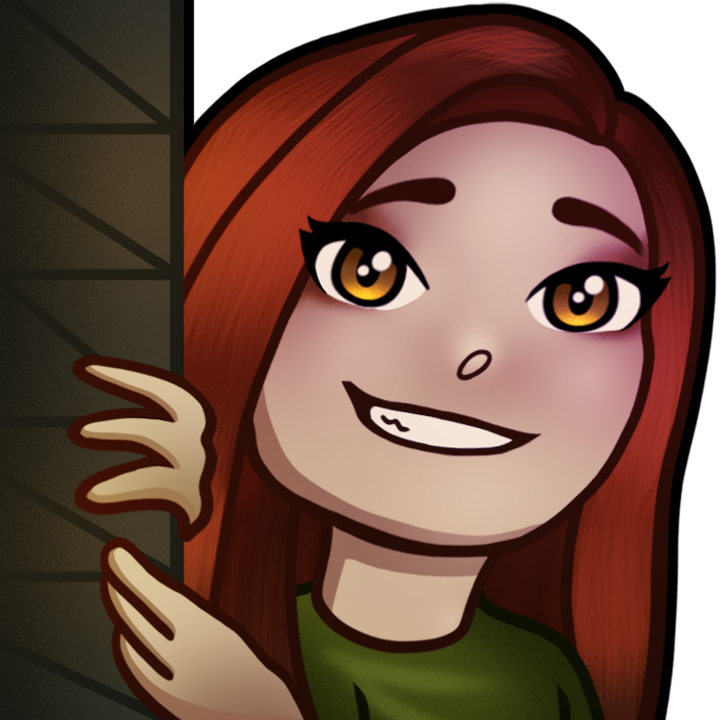 Blessed am I with eyes that see and ears that hear, that I may find and stalk my prey within the wilds. The wilderness of steel and glass, of pavement and lights, the city streets I walk with my target in sight. I have been on the hunt for many a moon, though never have I felt the triumph of prey within my clutches. No, I truly do think that all of the thrill is in the pursuit — and I would hate to dull the thrill. 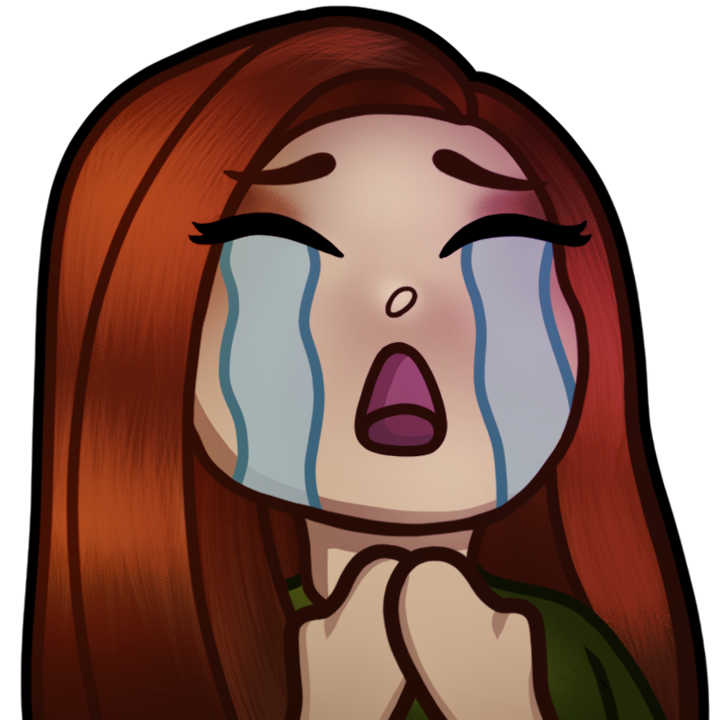 Grief and loss tear at my heart in many forms, from many sources. With each beat, I hear the slowly creeping cracks grow larger, broken glass shattering further with each additional impact. I ought to liberate it from its cage while I have the strength to do so; this ever-breaking heart keeps staring me down from its prison across the study and even the heart beating within my own chest has begun to feel sympathy for it. 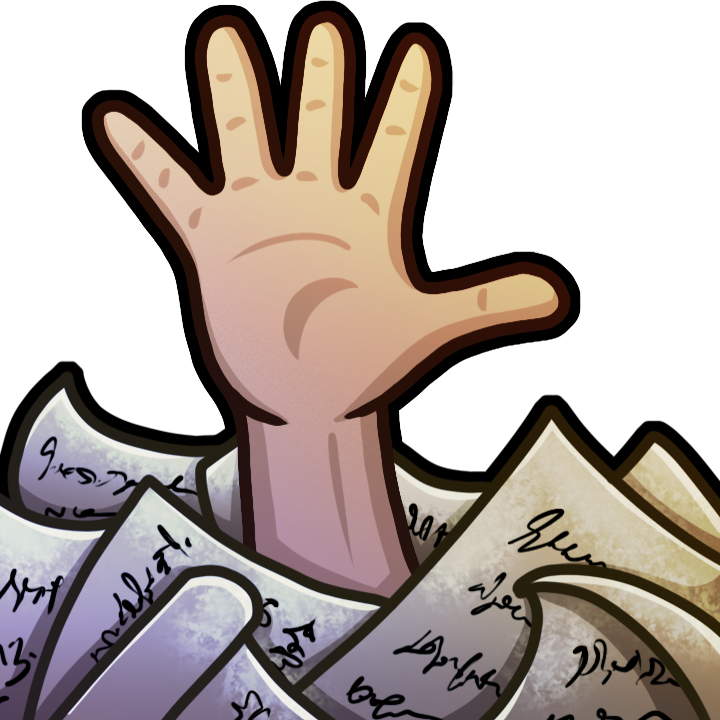 Stormy seas and choppy waters, on creaking ships and slippery stones, there are many ways to find oneself drowned. A cruel fate it is, to feel yourself pulled under, no hope for escape, only a single hand reaching upward in search of salvation. It seems this Verti had to go as a victim not only to a drink of water gone wrong, but to a tumble into an ocean of unfinished articles. Who knew staying hydrated while writing could be so dangerous?
These two final emotes are inspired by a screenshot I took from the birthday stream during the PUNGEON in which Janet and Dimi wore these exact expressions.
I found them so delightful, that I thought it would be a shame to not include them in my Spooktober emote adventure! 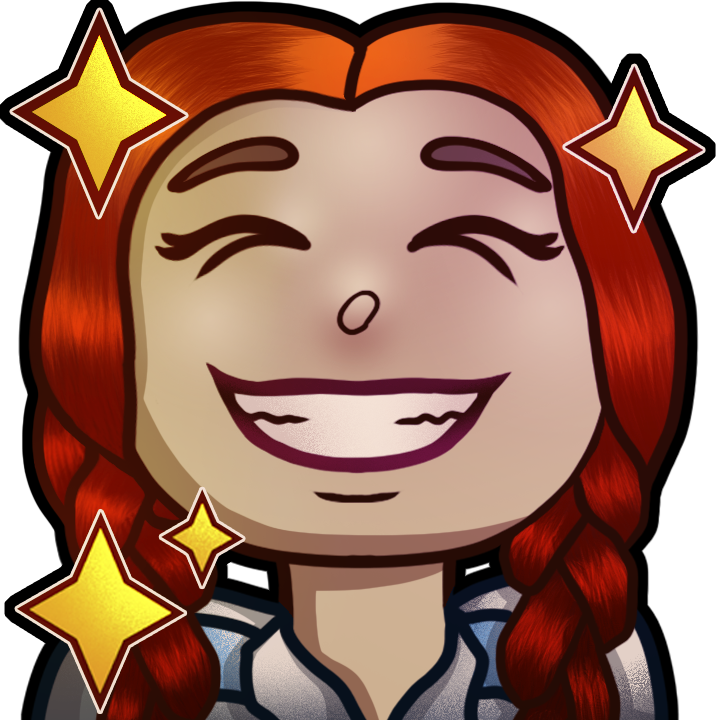 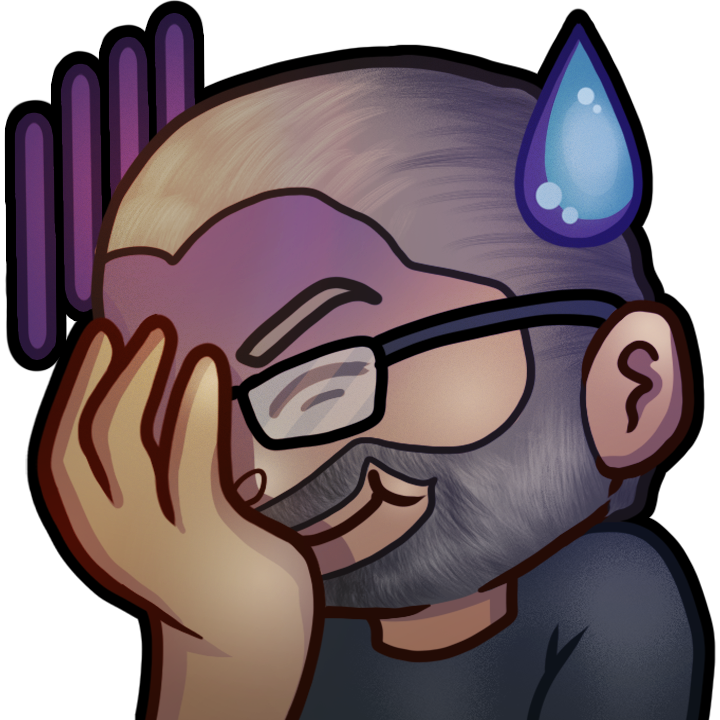 At the end of every stream, there is always a small chance that one may find themselves in a cruel, unforgiving place, where words have power to both delight and shatter the soul — the PUNGEON! This dreaded place, filled with the sounds of groans and palms hitting foreheads is a playground for some and a trial for others.
As Janet beams with delight at the havoc her readings have wrought, Dimi prays only for escape...   But we know there is no escaping the pungeon.

Thank you! I'm excited for this one :)

These are gonna be fun to watch for in the Discord!

cute! is the unquiet 20 zombie emoji wearing an old English D on the sleeveless tee? XD

these are super cute! I loved them and enjoyed each blurb. I hadn't time to read the other blurbs... I think you may have deleted them :( but still thanks for sharing and I'm glad you were able to snag the badge! I don't know if I will be able to do so myself. XD

The unquiet boy does have a D on his shirt! It's Tenacious D band shirt, part of the LARP costume of the character it's based on :) But thank you for popping by and having a read! I might add more blurbs today, but I did only complete the number needed for the badge.

oh okay cool. I was thinking it was a D for Detroit, where I'm from lol XD

AWWWWWWWWWWWW! Dimi and Janet! *cuteness overload* what a loving and comical tribute!

I have loved watching you do these over the past month, and I'm so excited to see those bonus two you did on the last day. Excellent work!

Thank you so much! I was hoping to get more done over the month, but I'm certainly not unhappy with the work I ended up with :) Now it's time to see what I can come up with for Mapvember!

They are all beautiful emotes! So expresive... and yet, my favorite is the third one.... Okay, maybe I had more fun reading the text for the bonus prompts, but still.

I had lots of fun with doing both! :) I'm glad you enjoyed my emotes!