To describe it by appearance alone would scarcely do my city justice. What outsider would hear of a black-stone fortress, surrounded by lava and flame, and not think it evil? No, allow me to describe it by its presence.   Ours is a city of the arts, of harmony with the primals of fire. It is solace amid the fires of this land, yet stokes the flame within the hearts of its people.
— Passionate Bolkhyn Traveler

Kamigon is the capital city of Bolkan, housing the majority of the Bolkhyn people. Known by some as "The City of Black Glass," Kamigon dominates the southern skyline of the region.

A veritable fortress of dark stone and volcanic glass, Kamigon stands as a testament to the very finest in architectural craftsmanship Bolkan and its surrounding lands have to offer. Structures constructed of stone fused with glass fill the skyline of Kamigon; clean geometric shapes form the bases of its buildings and residences, with ornamental and decorative structures often taking on more fluid, organic forms.   The Bolkhyn are known to be devotees of tradecraft and the arts and, with a population brimming with a wide breadth of artisans, this passion shows itself readily in the architecture and design of the city.

In the city of Kamigon, crafters are king, with the most skilled and renowned among them achieving status akin to nobility. Governing the city is a responsibility shared by the Speakers' Council and the Blackglass Consortium, two organizations which play very different roles, within the city and beyond.

Bolkhyn who reside within Kamigon's residential districts, adopting the demonym Kamini, are a people who see few outsiders, a trait shared with the rest of their kin. Regardless, Kamini are ever happy to take in those who find themselves adventuring in Bolkan, rare though that may be. Ever enticed by the opportunity to engage with those who bring with them new perspectives, many will go out of their way to quiz outsiders about their places of origin.   Despite the long and perilous routes one must travel in order to reach the city, nestled in Bolkan's southwest, Kamigon offers sanctuary from the dangers beyond its walls. The city itself has been elevated over time, being built, buried, and built again numerous times before finally finding its footing. Despite its appearance, noted by many outsiders as dark and foreboding, Kamigon is the safest place in all of Bolkan, and one may take solace in knowing none of the common settlement-wiping forces in Bolkan will claim the city while one sleeps within.
Curate your experience!

In the city of black glass, it is the artisans who rule. 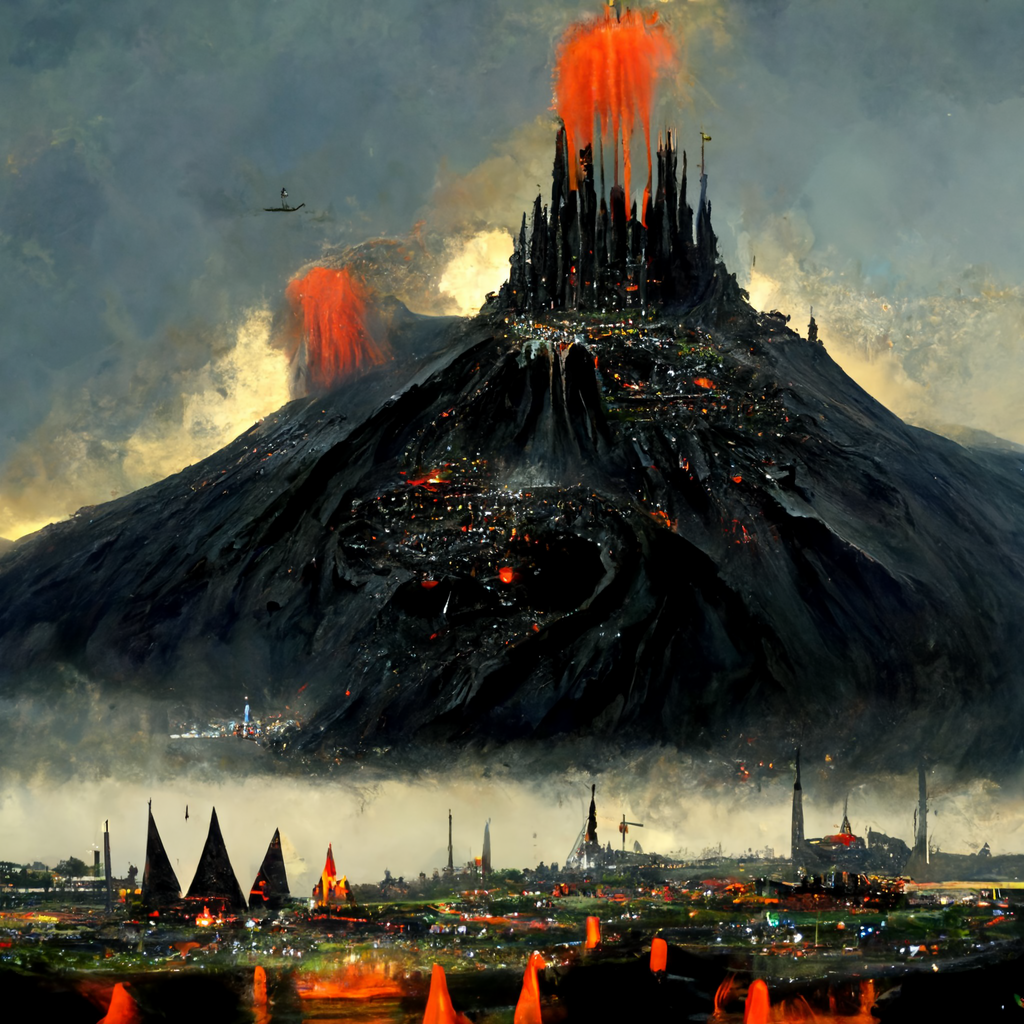 Most settlements in Bolkan do not survive long staying in one place, quick to get smothered and buried by eruptions, but the people have found determination in keeping Kamigon alive and well in its place as the region's capital. The magically-inclined are employed to stave off active lava floes which threaten the city's infrastructure, and quarrymen are employed to chip away at the cooled lava outside of the city walls, preventing the levels from rising too high over time.

Answering: "A settlement that leads the known world in something"
Visit strixxline's Competition Page Check all other answers to this prompt Competition Homepage

What a beautifully designed city with a determined people. Great work!