Delighted, I am, to see that the earthenwards yet stand in such fair condition. With how ancient these structures are, it truly speaks to the craftsmanship of our forebears, and perhaps to the resilience offered by the leyline of abeyance.   I hope to study them further, that we might learn to make more. In the event of... misfortune.
— Lithica Scholar

Earthenwards are large structures created by the progenitors of the Earthen Kingdoms which ward against powerful magic-draining effects.

The Elemental and the Ley

The earthenwards are fueled by crystalline prisms of primal earth, imbued with magic harnessed from the Leyline of Abeyance. These prisms are embedded within the wards, which protect against magic-draining or dispelling effects.

Magical wards of this nature date back to the dawn of the Earthen Kingdoms, when leyline magic became prevalent in the region. In experimenting with the usage of magic and its compatability with primal energies, as well as further experiments into the ability to dispel magic in various ways, the earliest prototypes of the earthenwards were created. In the presence of an earthenward, certain magics could not be dispelled, no matter their source.

To Stave Off Oblivion

Earthenwards are known to have defended the Earthen Kingdoms centuries prior, when the Leyline of Oblivion emerged on the southern tip of Nefyran. As this emergence grew in size and strength, it sucked all other forms of magic from the surrounding lands. Threatening to consume the magic in their region, the earthwardens and terramancers of the Earthen Kingdoms ventured to the edges of oblivion to install and activate earthenwards which would halt the creeping advance of the leyline's negative energy.

All known instances of earthenwards are found in the Earthen Kingdoms in southern Nefyran, where the Leyline of Abeyance had a major emergence. Similar relics have been found or created using similar means, though the Earthen Kingdoms' wards are markedly stronger, created with greater precision and expertise. Efforts to reproduce these relics have failed to yield results of comparable strength, posing questions of whether stronger magic is required or if a more suitable base crystal need be sourced for a vessel.
Curate your experience!

The last stand between the Earthen Kingdoms and the darkness beyond their borders. 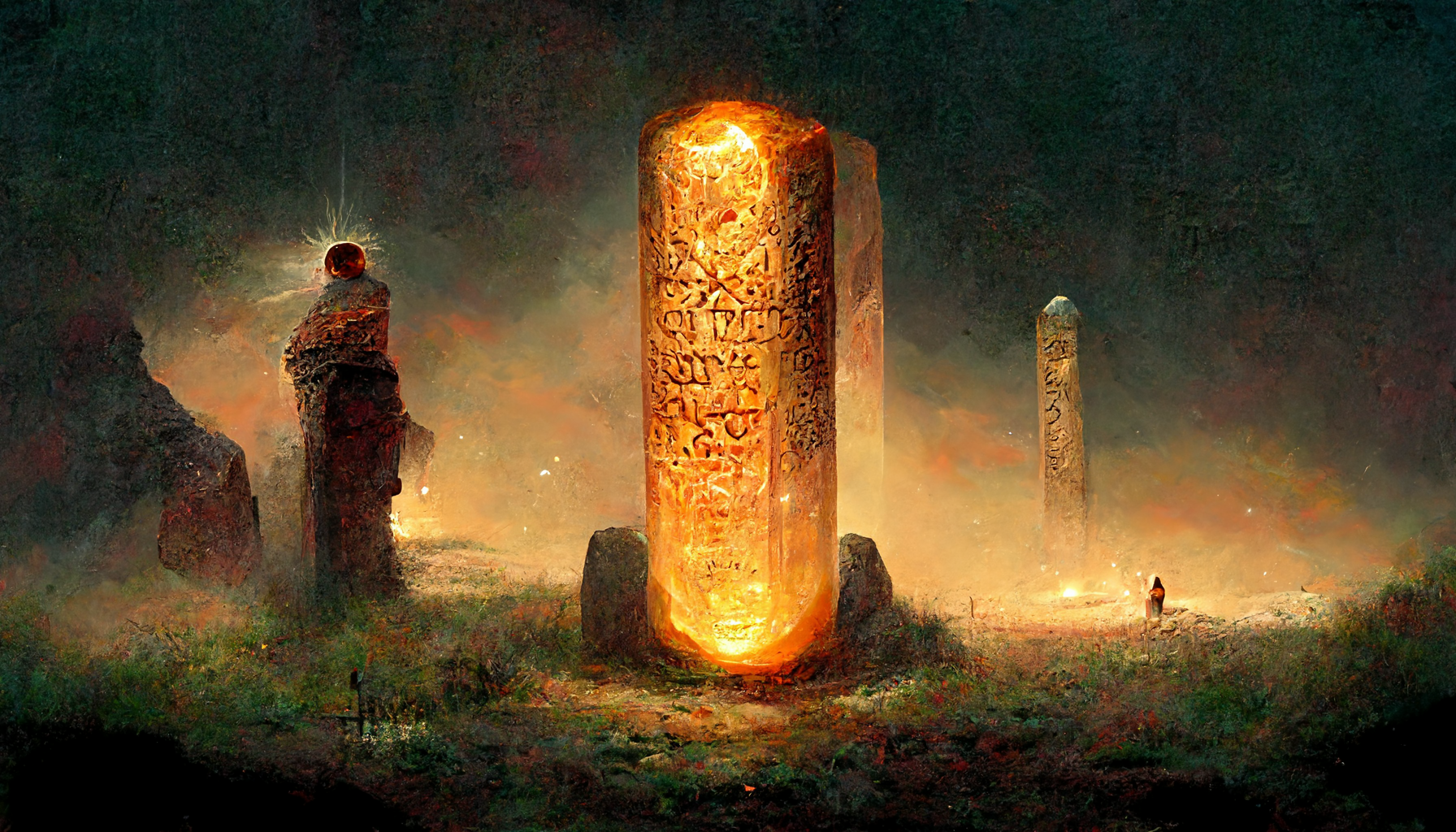 Magical technicians from the kingdoms are regularly sent to check on the integrity of the structures, though admittedly few would have answers if a ward were to deteriorate beyond physical repair.

As the centuries came and went since the wards' placement, many laypeople beyond the kingdoms' walls began to forget the purpose of these structures jutting from the earth. The people know that they are powerful, and that they serve an important purpose, and thus they are respected and left alone, some with settlements built around them.

Answering: "A technology lost, forgotten or shrouded in mystery."
Visit strixxline's Competition Page Check all other answers to this prompt Competition Homepage