She traveled the world, to every corner,
'Twas dangerous, we'd always warn 'er,
Never did listen, was never her style,
Ignore us she did, with her dangerous smile.

I'd follow her anywhere, that's just how it goes,
She'd follow the wind, wherever it blows.
Never did listen, was never her style,
'Tis just why I took her, right down the aisle.
— Boharin Seafarer's Wedding Poem

The Boharin, singular Bohar, are one of the races most commonly found in Malkora. Where a Bohar walks, it is known that gods follow, even if from a distance.   These faithful peoples make up a "new" race of Malkora, having spontaneously evolved from the return of the gods in the transition between the end of the Dark Age and the beginning of the Age of the Seeker.

People of the Divine

Similar to the Nimata's tie to the magical leylines which flow through the plane, the Boharin have an innate connection to the divine. This manifests itself in a wide variety of ways; it is most common for Boharin to feel the presence of their god(s) in their daily lives and to be able to open channels by which to speak with their god(s) more easily than other non-Boharin faithful.   Though the Boharin vary wildly in their individual values, they are often incredibly devoted to the god(s) they are connected to. Some may worship gods other than their own, but this is a common practice seen in all races in Malkora.   Many cultures of Boharin have formed through connections to different gods, with their divine word guiding the populations through their tenets.

Wanderlust on a Leash

Boharin are well-traveled, never satisfied to stay in one place for too long. They are not, however, nomads in the traditional sense; most Boharin have a home to which they faithfully return, after their wanderlust has been sated. Shorter-lived than many of the other races of Malkora, the Boharin are known for their thirst for adventure. Others, such as the Nimata, have centuries to explore the world at their leisure; the Boharin do not have this luxury, and take advantage of every moment they have.   The shorter lifespans of the Boharin, as well as their tendency to travel, has allowed the Boharin to boast a diverse range of physical features, builds, and heights. Boharin may stand between 4 1/2 to 6 feet tall, depending on where they hail from, and their physical features are diverse in the same way. Boharin skin ranges from nearly black to very pale, in tones of brown, olive, beige, and even ruddy colors in some regions, and Boharin hair sees a similar range in values and colors, from black to reds and blondes, to even silver at its lightest.   Boharin mature quickly, reaching maturity at 14 and being considered proper adults closer to the age of 16. Very rarely do Boharin live for longer than, or even up to, a century, though some have survived well beyond.

Throughout their history Boharin have been a largely diplomatic people. Endlessly social creatures, they take their natural wanderlust and seek relations with neighboring nations, much to the dismay of some more reclusive races of the world. The Terran and Urisian Boharin, who live in Terramarre and Uris Braena are among the most prominent, having immense cities and territories under their control. The latter occupies the Rhonsoril Mountain Range, a territory shared with the mountain clans who live underground, while the former settled the lowlands to the east, with port access through a wide bay known simply as Silverbay.   Boharin often take up lifestyles as traders and travelers, but many Boharin cultures have placed much interest in matters regarding money and politics; with these interests in mind, many Boharin are extremely defensive over their homes and territories. Sometimes falling to imperialistic tendencies, the most cunning of the Boharin race will cite law and scripture as justification for claiming another's land for themselves.   Often rash and bold, Boharin society and the turning over of land and empires can seem chaotic to other longer-lived or more composed races, but Boharin charm and passion has made them great allies and has earned them great achievements throughout history.

Word of the Divine: Ethnicities of the Boharin

Boharin populations are plentiful and are quite diverse, even within themselves. Settlements and even nations are founded with the divine in mind, and often pride themselves on their faith.

The Terran Boharin hail from Terramarre and are chiefly known for their connection to the god Aasimus, the Purifier, due to the rise in power of The Alabaster Hand. Terramarre is where the very first of the Boharin arose, and the region remains as one of the most prominent, concentrated holds of Boharin in all of Malkora. Though Aasimus is known to have the greatest presence in this region, three gods are prevalent in Terramarre, the other two being the god of harvest, especially among those living in The Harvest Belt, and god of seafarers, in those who populate the coastline and Silverbay.

The Urisian Boharin hail from Uris Braena and are known to many as children of the mountain god. Living atop the snowy peaks of the Rhonsoril Mountain Range, many have found a connection to the god of the frozen earth, who granted the Boharin the knowledge and understanding to grow crops native to the mountains which grow only in the snow and ice.
Curate your experience! 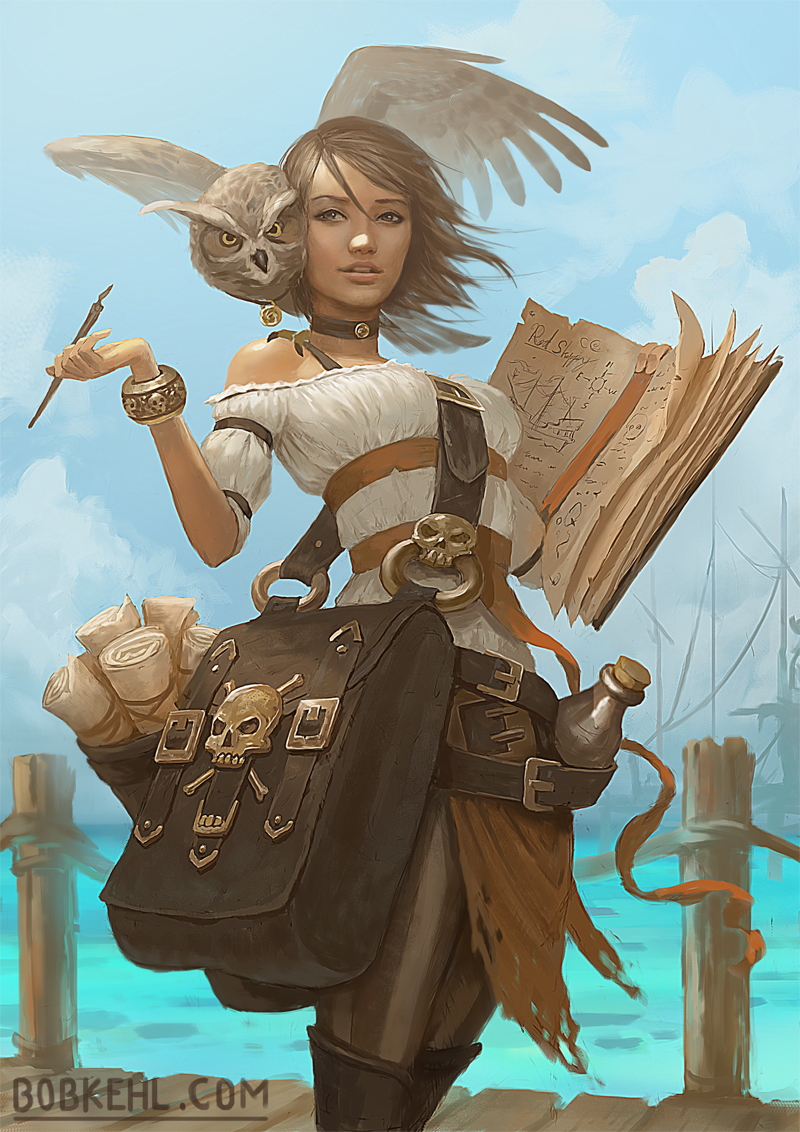 The Exalted, those born with celestial or divine blood, are more common among Boharin than other races (but are not exclusive to them). Exalted make up some of the Boharin's greatest religious leaders, prophets, and visionaries, and are held in high regard by the people. Many common folk see Exalted as demi-gods themselves, but Exalted are not nearly as powerful as true demi-gods.   Despite general public opinion of Exalted being positive, it is dangerous to carry divine blood, as there are just as many who would like to spill it as there are those who would worship it.

Boharin eyes will glaze over with a rather subtle, silver-like sheen when actively hearing or feeling the presence of their gods. This effect is purely aesthetic and does not affect them in any way, and often goes unnoticed by other Boharin, who are well used to this phenomenon.

Boharin empires and the politics found within them are often complicated and inconsistent, compared to those of longer-lived races, due to regular turnover of leadership, lawmakers, and other high-ranking officials. The Arsaces Monarchy was the longest-ruling power in all of Boharin history, lording over the land of Terramarre and influencing the surrounding nations since the beginning of recorded history. The monarchy has since been deposed by The Alabaster Hand.