Magical fox. Many in this species enjoy taking human form. Always curious. Legends list them as trickers and manipulators.   Loyal to their mates.   Ways to tell if someone you meet is a kitsune: ask them to say 'moshi, moshi' -- foxes can't say 'shi', sometimes their tails peek out from under their clothes if they're not adept at shifting to the human form, and their shadow and reflections often show as a fox instead of the human form.

Can have 1-9 tails. (The number increases with it's experience/age. Though tails can be removed as a form of punishment from the gods.)

Only two kitsune can give birth to another of their kind. Human/kitsune hybrids have more magical abilities but don't have the kitsune ki well to be as powerful.   We usually only hear of the females in the myths. This points to the fact that males are quite rare, and males almost never seek romantic companionship outside of thier race.

Gestation ~90 days
Time to Maturity ~5 years
Age Allowed to Take a Mate 20 years, though older is common (one is expected to get the years of play out of their system and learn the ways of the world before taking on the responsibilities of a family)

Magical beings capable of shapeshifting.   Like any naturally magic creature, they can sense magic.

Traditionally, names were given denoting things in nature (燕 Tsubame - swallow) , wishes for the child (大輔 Daisuke - great help), or significant births (久子 Hisako - first in a long time). But in modern times as kitsune blend in among humans, they tend to take on human names.


Will you join:
Team Umejior Team Nakamura or both? 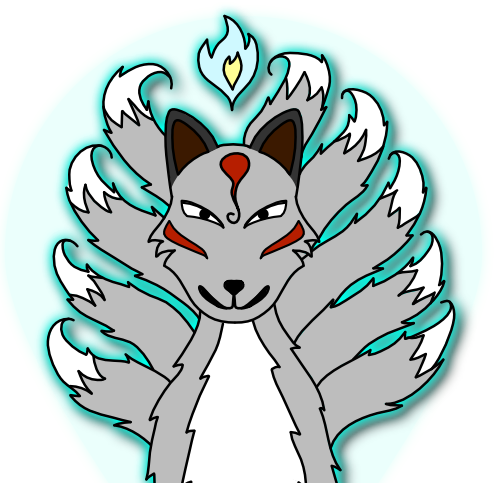