The avatar is one of the bases of Altrea and thus a lot of time was spent (and is still being spent) to adapt it to the user's necessities and to make it highly customizable. It is seen by everyone and can be edited by going to the avatar screen of the P.A.M. and its dividied in two tabs:

The character editor tab can only be accessed while being on the hall or on the hallways. It allows to change the body of the character (it must have a humanoid form).

It is a special tab that only appears when users are in rooms that give the avatar extra gear or clothes (like in videogames) and thus it is considered a speciality of rooms rather than a tab for the P.A.M.

New features are still being tested to improve the avatar. The later main beta feature that has been announced is the "Draw it yourself", allowing people to draw their own stuff and use it in their avatars.
The avatar is free to look however they want (with the only rule that must be humanoid) while in the hall and the hallways. The main restrictions about the avatar (and thus the ghost as well) is when joining a room. Many rooms have not rules on avatar's appariences and thus they are free to join however they want to look like, but some rooms (mainly videogame rooms) the avatar must follow an "etiquette" as it is commonly refered to the room's avatar's rules. These rooms with "etiquette" are marked with an human figure surrounded by an aura and they show the "etiquette" they follow when a user joins the room (this can be hidden after the first time in the room's settings).

The hair section is one of the section with more variety. The hair style variety is huge, with over a thousand different styles and many different colours for each of them (streak and highlighs can be added and give them different colouts). The colour selected here will not affect all hair in the body (it has an option so it effect all hair that can be activated).

Eyes have a great variety of forms, colours and pupil forms. They can be heterochromatic and the scars selected in the skin section can effect the eye (if the user decides).

Ears have many differents forms and the lenght of them can be customized. Both ears must be the same kind but an ear (or both) can be missing and have notches.

Noses, like ears, can also be of many different forms and styles. from the length of the bridge to the width of the nostrils, almost every part of a nose is customisable.

In teeth you can choose from a variety of set of teeth (canine-like, shark-like, teethless, etc), can also choose to be missing as many teeth as wanted and to colour them.

The back is subdivided into three sections: wings, tail and shells. All of them are optionals and are probably useless outside the halls. Wings and shells are incompatible and the user has to choose one of them or none, tails are compatible with both.

In the chest section, there are two features to be changed: breasts and gills. First option of the breasts is to "activate them" as the character creator starts with a non-binary humanoid figure. The gills are optional and can be choosen to be on neck or lower torso.

The upper limbs are limitated to a maximum of 8 pairs of arms. They can be edited individually and can be choosen to be amputated and have (or not) a prosthesis. It is fully customized where the arm is choosen to be amputated. The arms can be humanoid or can be insect-like. It is possible to add fins to the arms.

In hands, fingers are limitated to a maximum of 6 (the most common fingers per hand is 5, shortly followed by 4) per hand but can have less fingers (be it because they are amputed or they simply do not have 6 fingers per hands) and the nails form and size is fully customizable. Fingers can have prosthesis as well. Insectoides hands are a possibility.

Like with the upper limbs, there is a maximum of 8 pairs of legs, humanoid or insectoid and with possibility to have fins. Amputed and prosthesis options also exist. Lower limbs, unlike arms, can be a fish or snake tail rather than legs and can only be one tail. Fins can be added.

Feet, like hands, have a maximum of 6 fingers (which can be amputed) and nails are again fully customizable. Prosthesis, on the other hand, are not an option for now, they are in beta and expected to be an option in the following 5 to 6 months. Insectoide feet are a possibility. 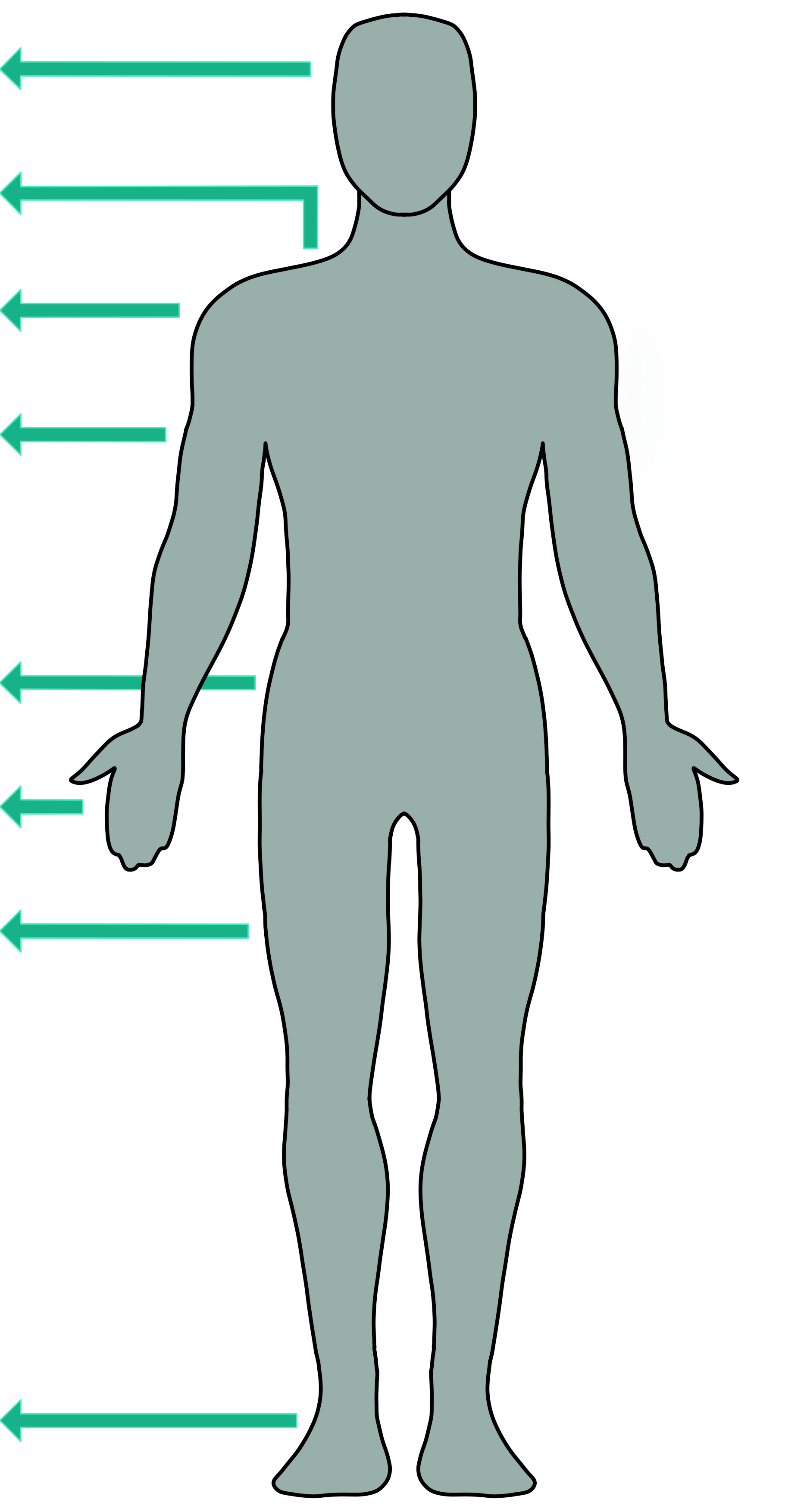 Divided in two sections: the head and the face. The head one has the hoddies, crowns, bandanas, and such, while the face one has masks and glasses.

While it has a great variety of forms and colours, the main feature of the capes is the ability to add images to the capes rather than them being a single colour or with pattern.

In shirts, the great variety does not limitate to clothes, it is also possible to choose chestplates for armours (rooms might ask to remove armour).

The variety of jackets can be wear (closed or open) or be tied to the avatar waistline or neck.

To the belts, pouches can be add (though it does not affect the avatar's storage).

From gloves to armbands (if the armband is armour, rooms might ask to remove them).

While its called the trousers section, it also has skirts and an option to combine the shirt previously selected with the skirt to make dresses. It also has armour (rooms might ask to remove it).

This section has the shoes and the sockets as well. It has armoured shoes/boots (rooms might ask to remove them). Shoes with heels, while they effect the avatar's height, it does not limitate movement.

For people without time, there are various outfits that are combinations of shirts, sometimes jackets, trousers and shoes, so they do not have to spent too much time playing with it.

Bandolier have left the beta fase recently and while the variety is not as big as with other clothes, there are a lot of details that can be added to them (rooms might ask to remove it).

It has the smallest variety of all clothes and only has shoulder pads and epaulets for now, it can be armour as well though (rooms might ask to remove it).

With metallic colours and lots of body places to put them, it has a great variety. This section should be in the jewelery but for commodity (rooms do not care if avatar have them), they have their own section.

Jewelery is one big category, with lots of subsections, and probably the second biggest variety (only surpassed by gear): Some rooms might ask jewelery to be removed before entering.

Great article! the description is very complete and made me want to create an avatar there!

Thanks! And I also want to create an avatar there, why must it not exist? :(( 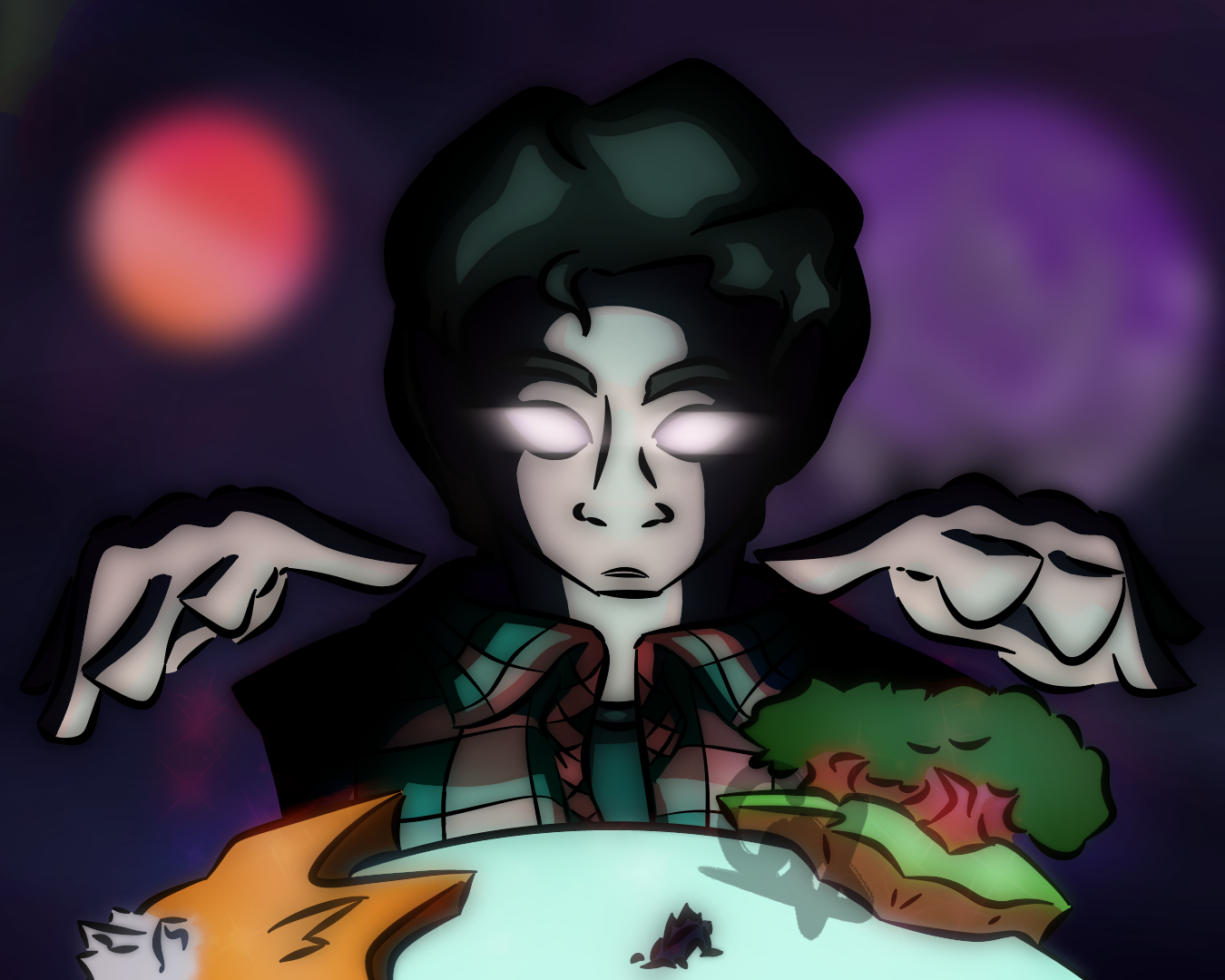 Awesome article! I love the concept and the detail you put into writing it; it's a clear depiction of how it works and I can easily visualize it (:

Visit my fantasy worldbuilding project, Project:Amanic, or take a look at my Summercamp Pledge!

Thanks! Glad you liked it :D

I like the article but I have noticed that you mention insectoid arms and legs, but you do not mention extremities that are compatible with those appendices. As well, fins are mentioned in the hands' section but not in the feet one for completion I would add it there too. I spotted two typos 1)freackles=freckles, 2)For peopel without time, in the outfit's section. Well done.

Thanks for your comment and feedback! Fixing that! :D

I love how intricate and detailed the avatar creation is. I wish I could make one for real! :D Great job explaining the difference between avatars and ghosts too. :)

Thanks! Glad you liked it! I also want an avatar for real D:

This idea is awesome. The article is great and makes you want to create an avatar right away.

Thanks! Glad you liked it! We are on the same boat, I also want an avatar >.<

Aaah so this was the article! Awesome work, incredibly detailed character creator you have here ^^ its really neat, awesome work!

Thank youuu! Im happy how it end up and im so glad people like it :d

You did a great amount of research into this and it shows! I love how complete everything looks. I'd definitely be excited to do a character by using this. Moreover, you took into account many things that some character creators would not have and made an effort for a lot of people to feel included. It's quite nice ^^

Thanks! I tried my best to include as many variety of people as possible :D