Food on a Clam Shell

Slipping and sliding gracefully through the crystalline waters of Lake Idryl, a fish is grasped in small paws, ready to be the night's dinner. Other Otterfolk swim nearby, catching other fish, digging for clams, and racing after the quick frogs of the lake. That night, there would be a feast, and the otterfolk were preparing their greatest creations.   Cooking is an interesting affair in the world of Otterfolk. While other cultures may spend hours slaving to cook a meal to perfection, otterfolk often do not cook their food, but spend their time creating elegant dishes of fish, frog, clams, crabs, and other small creatures plated on shells and served with a variety of spices and sometimes sauces. Their creations come from nature and what the otterfolk can easily gather in their home along the shores of Lake Idryl. They choose to stay away from the use of fire, tending to create small, individual pieces of their meals wrapped in water grasses or seasoned with a variety of flavors.   Clams and crabs are a necessity of feasts as the otterfolk use the shells of these creations to serve their delicate culinary creations. Fish and other small creatures consumed by the otterfolk are often cut into small pieces and paired together with a set of spices or even a sauce if the otterfolk are feeling adventurous. These creatures choose to eat with their paws, munching away while outsiders are given small sticks with which to pick up the small bits of food.

As long as otterfolk have been around, the tradition of making raw culinary creations that are served in small portions on a shell of some kind. As time as passed and the otterfolk have met other groups, they have started using seasonings and sauces, but only use items found in nature.

Some otterfolk dedicate their lives to the creation and execution of the culinary arts. Their days are spent preparing food for the village or searching for new flavors around Lake Idryl.

Much of what the otterfolk prepare comes from Lake Idryl. They tend to use small aquatic creatures as their main source of food but also use water grasses, as well as herbs and spices found around the lake.

While daily meals are prepared by a select few otterfolk, large celebrations and feasts are an entire village affair. The cooks work on preparing the meals but all otterfolk work to catch creatures and find other ingredients for the meals.

Cooking is a large part of the otterfolk culture, and they often have feasts and celebrations. Something as simple as a good fish harvest can spur a village to have a feast. 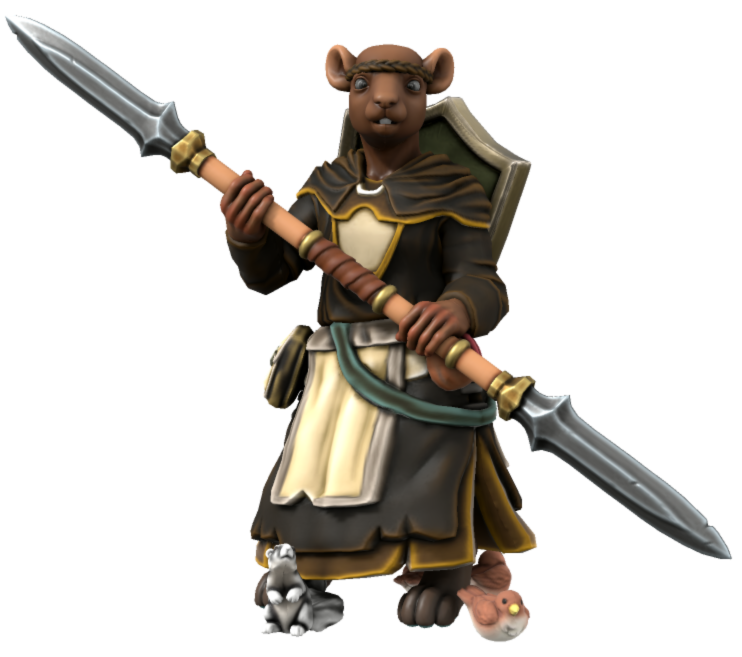 Lutrine by Model via Heroforge, created by RiverFang

Answering: "Describe the culinary traditions that are unique to an ethnicity in your world."
Visit RiverFang's Competition Page Check all other answers to this prompt Competition Homepage