Where once ornate coffins lay as tributes to the dead, one now finds hospital beds, a place for patients as they enter the haven of the necromancer and doctor. Here in a place so touched by death, someone may find new life, but they may just as easily enter the realm of the undead. When entering the doors of Death's Landing, the only constant companion one has is the cold chill of death that permeates everything here.   The Clerics of the Order of the Ashen Tree may have been condemned for desecration when they chose to make their homes in the abandoned catacombs beneath Stronghold that had once served as a final resting place for the elite of the city, but in their beliefs, there was no better place to practice the ways of necromancy than in a place so touched by what they considered "good and fair" death. They paid their respects and homage to those who lay here, taking up the care of the long-forgotten tombs. Even so, it was not uncommon for their hospital beds to rest side by side the coffins of the long dead.   The twisted paths and large antechambers of the catacombs served as homes and a temple, a place of worship for those that followed the ways of the god Drasil. Their leader, Liliana Marduke, had taken it upon herself to restore the tombs to their former glory, yet to use them as a channel or a way to heighten the somewhat dark magic that her order used.

Originally serving as a labyrinth of crypts for the elite residents of Stronghold, the area now known as Death's Landing has been abandoned since long before the Eldritch War, leaving the crypts and shrines decrepit. Cleric Liliana Marduke originally came to the catacombs to restore the crypts to their former glory but received very little support from the citizens of the city. As the families that had owned these tombs had long since disappeared from Stronghold and the Human Empire, a small fee was paid to the caretakers of the area to become the new owners of the ancient crypts.   The Order of the Ashen Tree established this area as their home, setting up a temple to Drasil and a small hospital within the dusty catacombs. In the early days, patients were treated on the coffins themselves, as the Clerics believed there was a power in being close to the dead. As their operation grew, beds were placed by the coffins instead.

Liliana Marduke refused to make any alterations to the stone structure of the catacombs. Rooms were created with tapestries or a variety of magic. Beds were placed within the crypts themselves and the various members of the order were assigned a coffin or crypt to care for, restoring the ancient catacombs to some of their former glory. 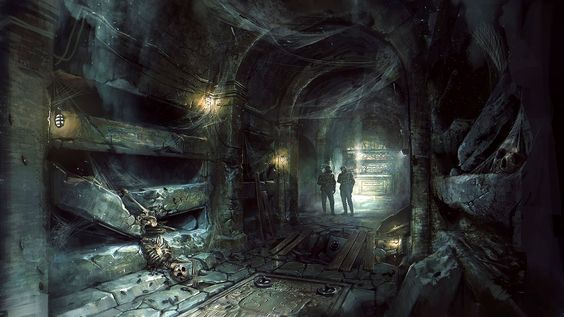 Answering: "Write about a building that has been reused and repurposed from its original design."
Visit RiverFang's Competition Page Check all other answers to this prompt Competition Homepage

I love the idea of ancient crypts becoming a hospital (of a sort), and the imagery in the first paragraph is amazing. Also - the name Death's Landing is perfect.