Igburn was a town located next to the Axysk lake. It raised and fell for and because of lava, centuries ago. With both the raise and the fall of this town, various myths born.

Most inhabitants of Igburn were humans with some Kreanes and some Esheks as slaves or underpaid workers.
What is left of Igburn's records tell of trained Shoogan, used as workers, moving lava around, as well of Icno used to cross the Axysk lake to go to Ixy. There are also records of Fazots used as dog guards in the most important places and buildings of Igburn.
Nowadays, the only people found in Igburn are explorers, bodyguards and investigators. Most of them are there temporally but some of them stay there always, such as Humdeg Larston, Jacnos Umeris, Nial Khask, and Vrex Bonegrog, a bodyguard, an investigator and two explorers, respectively.

The core of the town

The core of this town is considerated everything outside the industrial district and the campsite.
Here is were the houses and other important buildings that were not related to investigation are found. It is in ruined state except three buildings that are located in the town square: the golden joker, what used to be a shop; the tasty coin, what used to be an inn; and the stables.

Used to be a general store, the main store of the town. Somehow, this building is not in ruins as most of the town and its structure is reinforced from the inside. This old shop seems to be now used as a warehouse by someone that the investigators have yet to discover.

The old inn of the town. It seemed a busy inn, has there is a lot of rooms and tables. This building is not in ruins, but unlike the shop, it is nor reinforced. It seems that someone was using the inn when the first investigators came, but no one saw anything since they came.

This big well that rests in the middle of the town square obtains the water from an underground lake located just under the well. In the top of the well, there is a rusty metalic structure that used to hold The goddess crystal. Strangely, the part with the bucket has signs to be used recently and it in almost perfect state.

This ruined house is a bit more hidden than the others importants buildings. What makes this house special is that it has its inside walls painted with several scenes depicting a happy couple with a daughter. The paintings have differents ages with the most recent being done roughly last year and the oldest date a couple of decades after Igburn's fall.

Here is were all the Axeks were constructed and used. Here is also were the fall of Igburn started, where all conducts and machines start getting destroyed. This is the main investigation location of Igburn, the most concurred.

Where all investigators, bodyguards and explorers are settled. It is found between the town and the industrial city, a bit off so its in the main road to Ixy.
The campsite has tents for up to 20 persones (4 tents are always occupied), and has five other tents for investigation and experimentation. These tents are in a circular form around the campfire. 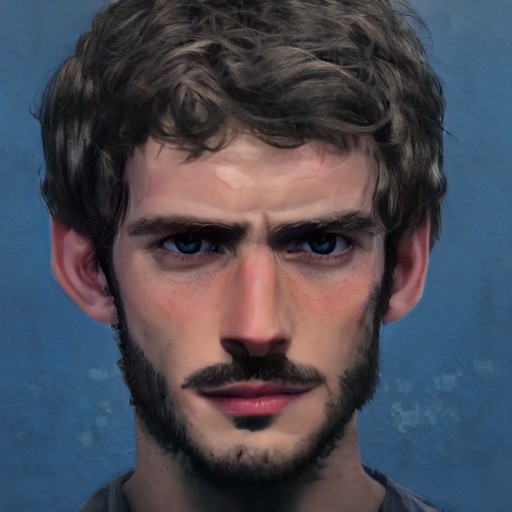 Humdeg is a middle age human male investigator from Dhalgron that is working with the old Axeks found in the industrial district and in Ixy. He is obsessed
with this machines because Dhalgron has several times forbidden him to investigate their Axeks, as he seems to be clumsy and breaks them. He grow in a scholar family, and got the love for investigation from them, but he left as soon as possible, after meeting Jacnos in a tavern of Dhalgron, after Jacnos told him about the world outside Dhalgron's walls. 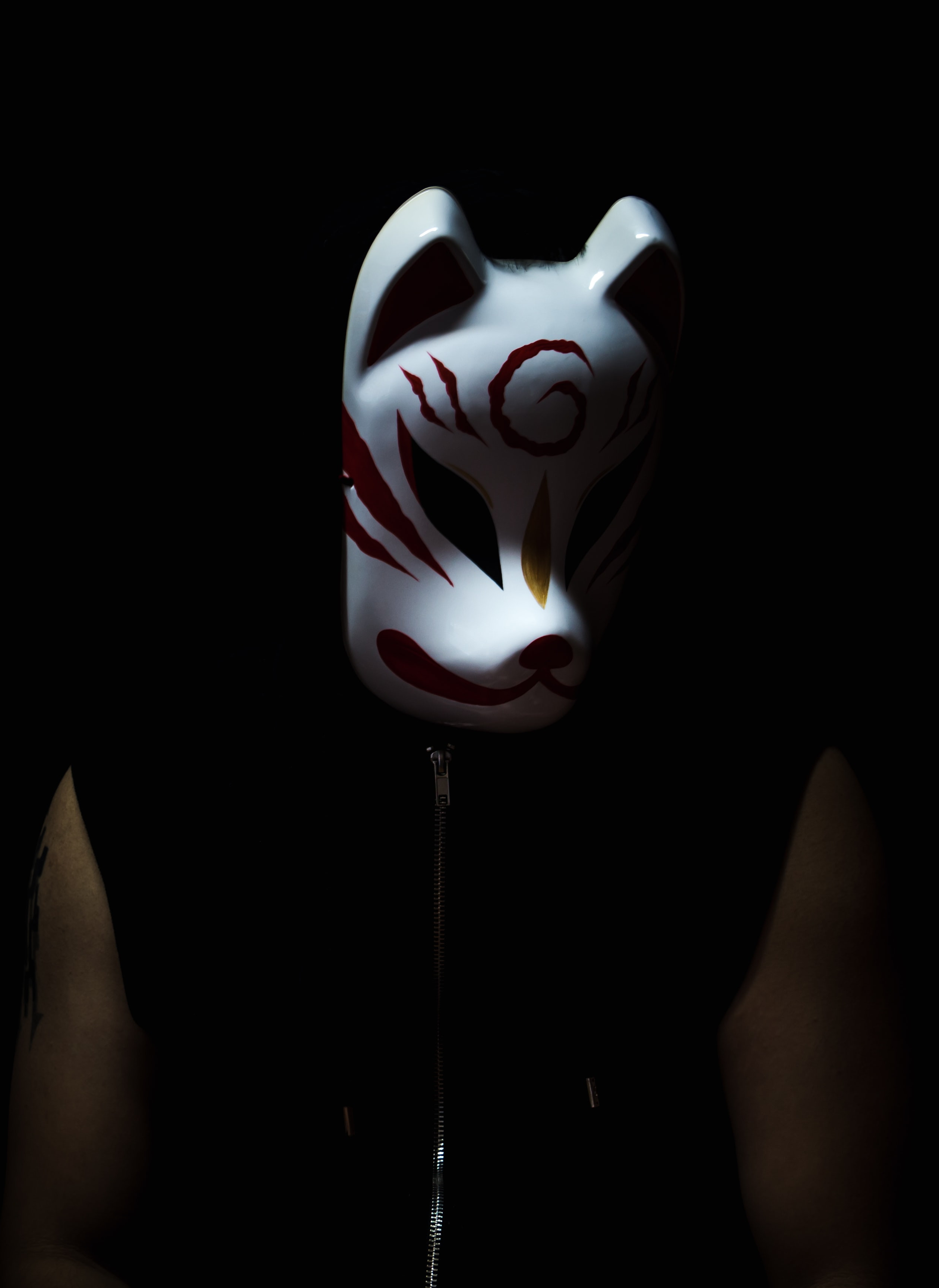 Jacnos is a young human male from the Larvaes culture. He works as the bodyguard of Humdeg and is a man of few words. He always wears a tipical mask
of the Larvaes. Unless he is watching over Humdeg, he can be found hunting food or cooking it, he does not like to intervene the investigations. He grow in a Larvaes town, but his parents were foreigners and left as soon as their son was born. He was grown with kindness but he hated the place and left when he turned adult. 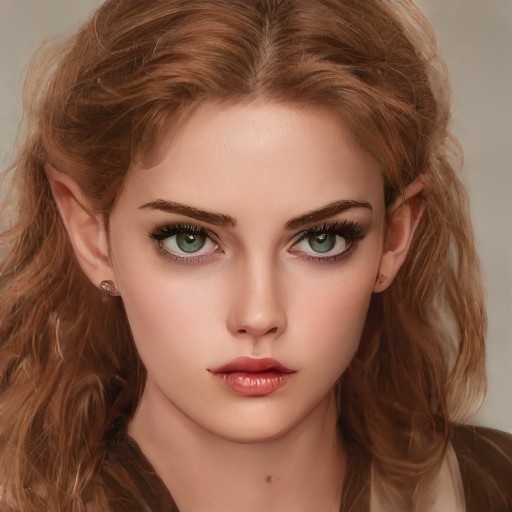 Nial is a young Esheks female that helps around by exploring the town and the surroundings. She helps Jacnos with the cooking and helps
Humdeg with his investigations whenever she can with easy stuff. She mostly stays within the town border, and does not go too far away. She likes to tell stories to her friends while they eat, mostly to Vrex and about what she learned when she lived in Emea, where she and her nomad family used to live. She meet the group when she traveled alone to Branul. She and Vrex created a sign language so Vrex could comunicate with them. 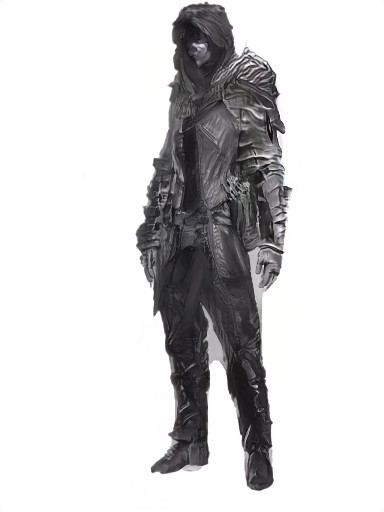 Vrex is a mute Kreanes. They help with exploration, moslty the rute to go to Ixy and the borders of the lake. They hide their horns with a hood and only takes the hood away when they feel they are in
good company. Their family and they used to live in a forest near the Axysk lake, in the town of Lagai. They used to be able to talk, but an hunt accident hurt them in their throat. As they grow, their desire to explore the world grow and one day left. After a couple of weeks, they meet this group, with who they stayed with.

Years after Dhalgron was build, a group of people wanted to try imitate Dhalgron way of living. These people build a town next to Axysk lake, with a special sector for Axeks, and then they started researching how to make Axeks and build them in Ixy, a cave located in the other side of the Axysk lake, where the prototypes could not destroy the city if something went wrong. After lots of prototypes, they found one that seemed to work, and after some security experiments, they started building them inside the town.
People lived well for some years before the conducts transporting lava started decaying and thus, lava started falling from them and destroyed most of the machines. Desesperated and tired from experimenting, people left the town, and it slowly turned into ruins.
After being abandoned for centuries, it is now a research place. Lots of diferent investigations happen in this old town. It is been almost a century since the first investigation started, and it slowly become an important place to run lava related investigations because if there is a problem, the lava would not ruin anything important as the town is already abandoned. But there are other investigations other than lava related, investigations related to this old town myths, such has the myth of The founder or The crystal.
Type
Town
Location under
Branul
Owner/Ruler
Halvor Lade

Myth, or not? The founder

It is said that the founder of Igburn still roams around as a ghost, fixing conducts and experimenting with lava so the town can be lived again.

Myth, or not? The sabotage

Some believe that the technology did not fail in Igburn, but that some Dhalgron's spies came and sabotaged the lava conducts.
For more information, head to The sabotage from Dhalgron.

Myth, or not? The crystal

They talk of a crystal, located in the town place, lava coloured. Thought to be the heart of the Axysk lake and the heart of a goddess. They said that the lava would dissappear if the crystal went too far away or if it broke.
For more information, head to The goddess crystal.

Igburn has lately been researched for various researchers. The reason? Each researcher has one different or even two, but most seem to be there for the myths and the Industrial district.

When Dhalgron heard about this town, they immediatly asked them to stop all experimentation, and even told the citizens that they could live in Dhalgron. It is no secret that Dhalgron is very secretive with their knowledge and that the creation of this town bothered them.
It is also know that they tried several times to buy this town, the goal? No one is sure, but people have two teories:

Really interesting article - I like the different layers of mysteries here, like the ghost of the founder and the reason Dhalgron is interested in the town. I also enjoyed learning a little bit about the inhabitants of the research camp. :)