Love at its purest form.

You are my moon, my stars, the very air that fills my lung. I have loved you since I first saw you, and I shall love you even in death. I did not know how beautiful the world was until I first saw it with you. My soul, my heart, will you marry me?
— A Lady to her Habayan.


Love, some philosophers will claim, is what all strive to live for. The greatest acts of bravery are done in its name, history is driven by the love one feels for another. And of all types of love one might find in life, Habayan is said to be the purest.

Common legend has it, Habayan was a gift of the goddess Samara to the Danatelians. Longing for some love of her own, she gave to mortals what she could not have herself, a chance of finding a love so pure and true nothing could ever blemish it.

It is said on a particularly lonely night, she wandered down to the realm of mortals. She slipped into a city, walking among the streets under the cover of the night, the white moon watching over her. Pass a crossroads, she made her way to an open garden, where she found two lovers sat on a bench, gazing up at the stars.

She stayed hidden, watching from the shadows- she had no heart to intrude on their moment. A girl was twirling a strand of the other's hair, her head rested on her shoulder. She whispered honeyed words into her sweetheart's ear, and her blushing giggle was all the answer she needed. Samara's heart filled with tenderness watching the two love-birds sit quietly together.

Their love was so true, so innocent, and oh, how the goddess wished the could capture it for herself. But eternal romantic that she was, she knew there was no hope in stealing their love, as her own heart was doomed to eternal solitude. So instead she blessed the lovers, gave them what she could only ever dream of: they were the first Habibi blessed by her gift.
— Storyteller of Danatelian Tales 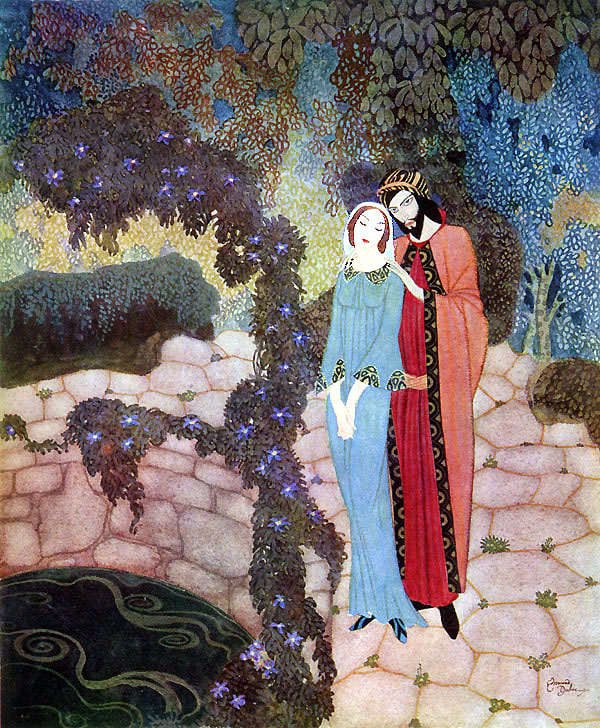 by Edmund Dulac
As they are considered a blessing of Samara herself, there are a few religious rites surrounding Habayan and Habibi's, many of them local traditions initiated by temples of the goddess. Habibi are also considered essential parts of certain rites to the goddess, and a priest with Habayan is often held in high regard.

One of the most important of all the celebrations, the Binding celebrates the religious union between Habibi in a festival of 9 days, dedicated to both the lovers and the gods. The Binding is a main spiritual celebration in the Temple of Samara, and to be able to officiate one is considered a high honour for a priest.

Celebration of the First Meeting

This smaller, more intimate ceremony takes place when the habibi first realise they carry the Lover's Marks. It is a feast held between the two's families, in celebration of the first time they met. Stories and anecdotes about the habibi and other family members are exchanged around the dinner table, a joyous and celebratory spirit floating in the air.

In more religious families, a priest might be invited to bless the lovers, and perform a series of small rituals to thank the goddess for her blessings. Friends and neighbours might also stop by to congratulate the habibi and offer them a small gift, a way of honouring Samara herself. 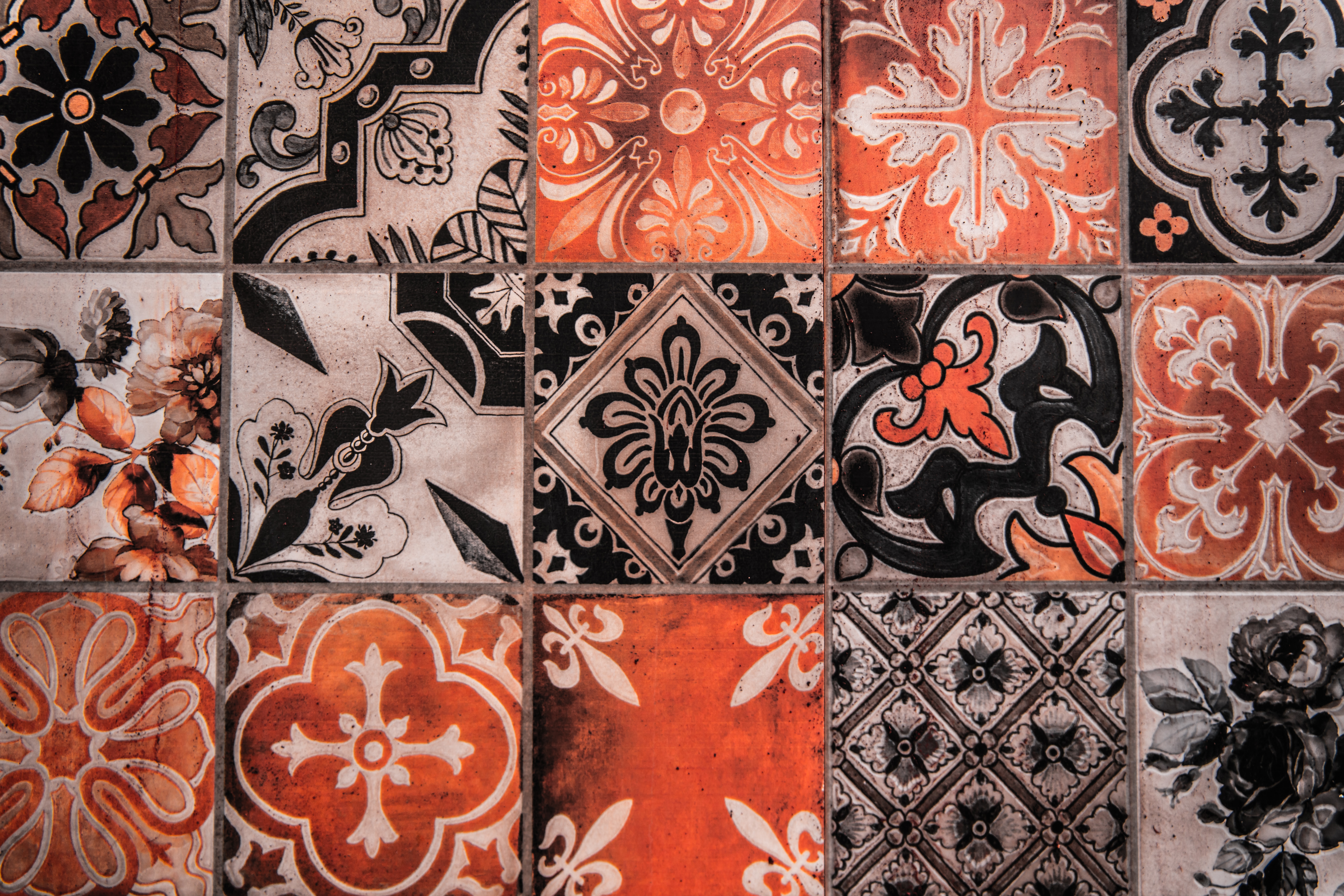 Filler Image by Patrick Hendry
Habayan: A sacred and divine concept of love found in the Saohri religion.

Habibi: The name given to the people united by the powers of Habayan. "A habibi" always refers to a pair of two.

Samara's gift manifests on the skin of the habibi as matching patterns and patches of pigment loss. These usually centre around the face and hands, though can be of any size and at any place.

Habibi are not born with these marks: they first appear when two first share a moment of love, and as they grow closer the markings become more apparent. The appearance of the lovers marks is a joyous occasion, and is greatly celebrated by the families of the Habibi. 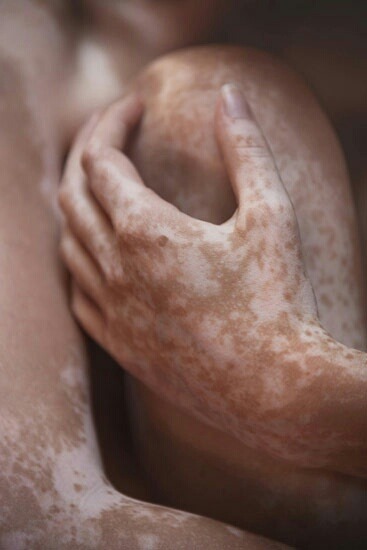 A few debate exists surrounding Habayan, especially within the more philosophically inclined circles of the Saohri Temple. The main issue scholars have noted is that Habayan, in some way, deprives the habibi of freewill. They are not the ones who choose who they get to spend their lives with, rather a goddess chooses for them.

A few cases of unsatisfied habibi exist to support this theory: lovers who grew distant, or fell in love with others. However these are few in occurrence, and for opponents to this theory there are other explanations for these happenstances.

To them, Habayan is simply the mark of kindred souls. No where is it said the connection has to be romantic: after all, Habyan is its own kind of love, different from the others that exist. It is not incompatible with them too: habibi can be best friends, lovers, sometimes even family. It just so happens most habibi enter romantic relationships, but that does not imply all must follow that path.

A notable play by Shillem Wakespear tells the story of star-crossed habibi, whose relationship was forbidden by their families. They were not aware of being one another's habibi, their marks hidden on their stomachs. In a final misunderstanding, both of them died, and only then did their families realised their connection and mourned their loss together.

Remove these ads. Join the Worldbuilders Guild
Theology of the Saohri

Hope you enjoyed this article! Special shoutout to Dylon for giving me a hand with this, I appreciate the help :)

I'm hoping to find some extra stuff to say to replace the filler pic, or at the very least a more thematically appropriate pic. If anyone is curious about anything, let me know! It might just be what's missing.

Awww that is adowwable :D   Starting the campaign now to get a Habayan for the magic goddess here!

Thank you! Haha, hopefully one day she will find a Habayan of her own, although she hasn't been very lucky so far ^^

Redemption story for her and her human gf confirmed

Part of me wants to write it out, but the potential of her being broken hearted is just so big... to be honest I could make a whole campaign out of this, I am increasingly toying with this idea. idk why this is in a spoiler tag
Author of Interarcanum.

I'd encourage it. I think modern media is conditioning to only accept unhappy endings :P

Shillem Wakespeare XD XD XD   I love the concept of Habayan - it's so nice. I also like that there are some controversies around whether or not they have to be lovers.   I kind of like the filler pic, but maybe an example of where Habayan has not worked out might fit there? As as sort of expansion to the controversies section.

Glad someone appreciates my sense of humour :'). I'm glad to hear you like it! I felt like the controversies would add a little depth to the situation, seems to have done its job well :)   That could be a good idea! I have to say I haven't thought out of any specific situations, maybe talking about "popular" habibi could be an idea? Like local celebrities or even influencers of some sort, who knows. There is much to consider... Thank you for the idea!

Oh my gods this article is so BEAUTIFUL. I loved it, and I loved the concept of the Lover's marks. The controversy section is also excellent, and I love that the habibi don't necessarily have to be romantic lovers.   ...And then you made me chortle with Shillem Wakespear. Nicely done :p

Aaah thank you <33, I'm so glad to hear that! Very happy to hear my Shillem Wakespear is a success :)