Na'Krasha is a half-orc barbarian with emerald green skin and black hair decked out with small braids and beads. She has a long scar running across her nose and right cheek. She wears leathers and furs and carries a massive, well-worn great axe.   She speaks with a thick accent, often leaving out articles like "the" or "a." While she may come off as friendly, she is ultimately unconcerned about others beyond their ability to entertain or otherwise benefit her. She likes to chat with her prisoners to pass the time, but should one die or be otherwise removed from their cell, she is only upset by the inconvenience of having to get to know a new person, or having to deal with a body.   Na'Krasha will readily admit to her greatest fear: Ghosts and the supernatural are very upsetting to her due to their insubstantial nature. As a very physical fighter, she is troubled by anything she can't hit with her axe or her fists. She is game for nearly any fight, but if a ghost gets involved, she will flee if possible. She often worries that a prisoner who dies under her watch might return to haunt her.

Na'Krasha was born into a nomadic orc clan called the Stoneclash. They roamed the mountains, hunting, picking off bands of travelers, and occasionally raiding settlements and towns near the foothills when they needed to build up supply stores, or were feeling restless. They often warred with other clans in the area, and their internal hierarchy was based entirely on skill in combat. Na'Krasha earned respect and rank in her clan by being an able fighter, but after getting into a disagreement with a fellow clan member and losing the fight, she was disgraced and chose to leave rather than be mocked and tormented for her loss.   She traveled for a while, stealing what she needed and fighting when caught, until she managed to secure work as a prison guard. She has worked at the prison for two years now.

About a year ago, one of Na'Krasha's fellow guards caught her removing a prisoner's shackles and blackmailed her, threatening to tell the warden and get her forced out of her job unless she gave him half her pay. Instead, she killed him and framed a prisoner for his death. The prisoner was executed for his crimes, and Na'Krasha kept her job.

Want to respond?
Download the video without the background music.
You're welcome to upload your response video anywhere, but please link to the original video in the description! 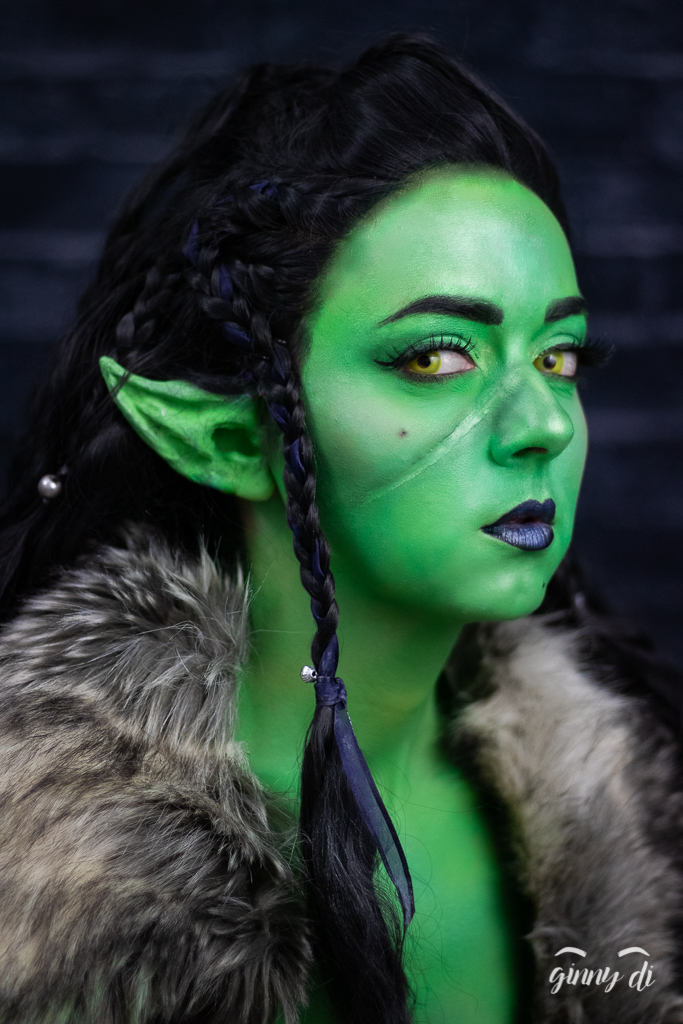 "I make crimes. I’m not ashamed to say it. I do what I must do. Even I once killed someone... but don’t worry, he deserved it."
Children

In the short term, Na'Krasha wants to be entertained during her long shifts as a prison guard. She gets bored easily and enjoys conversation, jokes, stories, and music. In the long term, she would like to get out of this line of work and do something a little more exciting, with more fighting involved.
Article template
Character
World
Ginny Di
Category
Na'Krasha
Author
Ginny Di
Publication Date
24 Feb, 2021
Creation Date
24 Feb, 2021
Last Update Date
22 Sep, 2021
Visibility
Public
Views
9338
Favorites
26
Comments
0
Tags
POV NaKrasha orc NPC
Powered by World Anvil