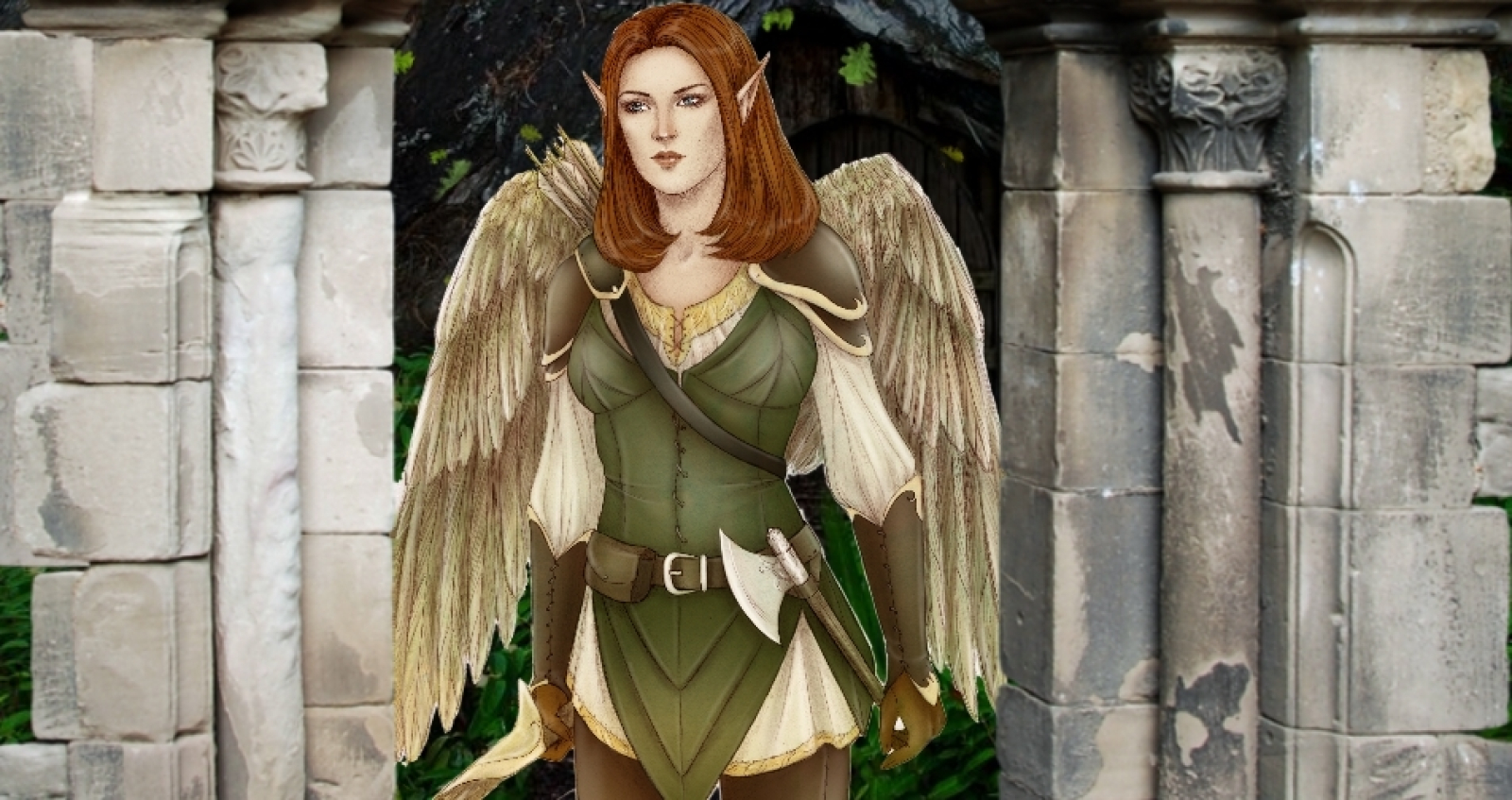 "Ranger of the Vigilate" Naiara Nesethal

Naiara gazed up at the night sky in solitude as she rests in the strong arms of an aged oaken tree, pondering what her purpose was in this life, not knowing she would forever change the fate of her family and her people.

Naiara is a winged elven ranger or Caelumani with underdeveloped wings that cannot lift her from the ground. She is an member of the Vigilate, the first line of defense from outside threats, watching the borderlands of her people.

Athletic, tall & thin, 6'1". Underdeveloped wings with a hawk like brown-grey pattern, capable of gliding but not lifting herself for flight.

Has the capability to commune with nature that she is slowly beginning to understand.

Belt with a few pouches on them holding various items such as a flask of oil. Her battle axe is also very important to her, hanging on her belt on her left hip

An axe given to her by her father, bow and arrow given for service to the Vigil that she is proficient with.

Her home town of Stelladomus in Zephyrus was razed by the giants from the northern mountains.

Trained by the Vigilate to be a Ranger

Serves her people as a Ranger of the Vigilate, in the borderlands of Zephyrus

Feels responsible for the death of her younger sister.

The Caelumani rever Asadela, Lady of Air, but Naiara is indifferent to her. Offers a silent prayer occasionally.

Conscripted ranger, Lower-class. Lives off the land and supplies provided by the Vigilate