Sandra sighed in frustration as she surveyed the line in front of her. You just had to sleep in, she chided herself. Today of all days! She took her place in line behind a nervous looking woman in a full sized travel cloak, its dull brown hood hiding the stranger's features aside from a thick black braid draped over her left shoulder. Bit warm for that today, she noted to herself. She's probably from the Valley down south. Wonder if she's going to Avorae too?   The line shuffled forward slightly, disrupting Sandra's train of thought. Craning her neck she could see a young couple walking up to the administrative desk, their faces still fresh and excited despite the wait. They began waving a parchment at the young man behind the desk, their excitement contrasting wildly with his boredom. Newlyweds, I wonder? Sandra found their enthusiasm catching... Until she surveyed the rest of the line, its formidably long form snaking lazily around the waiting area. Her face fell. This was going to take longer than she thought.   Sandra felt herself pitch forward without warning. Instinctively she grabbed the cloak of the stranger in front of her to keep her balance, almost tipping them both onto the floor. The startled woman turned back in alarm, reflexively pulling the cloak tighter around her. She watched Sandra warily.   "Watch where yar going!" The burly man behind them growled into Sandra's face, glaring at her as if she had pushed him instead of the other way around, the stench of alcohol filling the air between them. Sandra decided not to push the issue, apologizing before turning to the woman in front of her.   "I'm so sorry! This brute doesn't know how to stand in a straight line." She jerked her fingers at the angry man behind them, now swaying to a song only he could hear.   The woman calmed at Sandra's words, relaxing her grip on the cloak. "I'm fine, thanks." Sandra had to strain to hear her over the background murmur in the waiting area.   "I'm Sandra." She held out her hand in greeting.   The woman paused briefly, conflicted, before bowing politely. "Lyrianne." The name had a foreign, musical lilt to it. 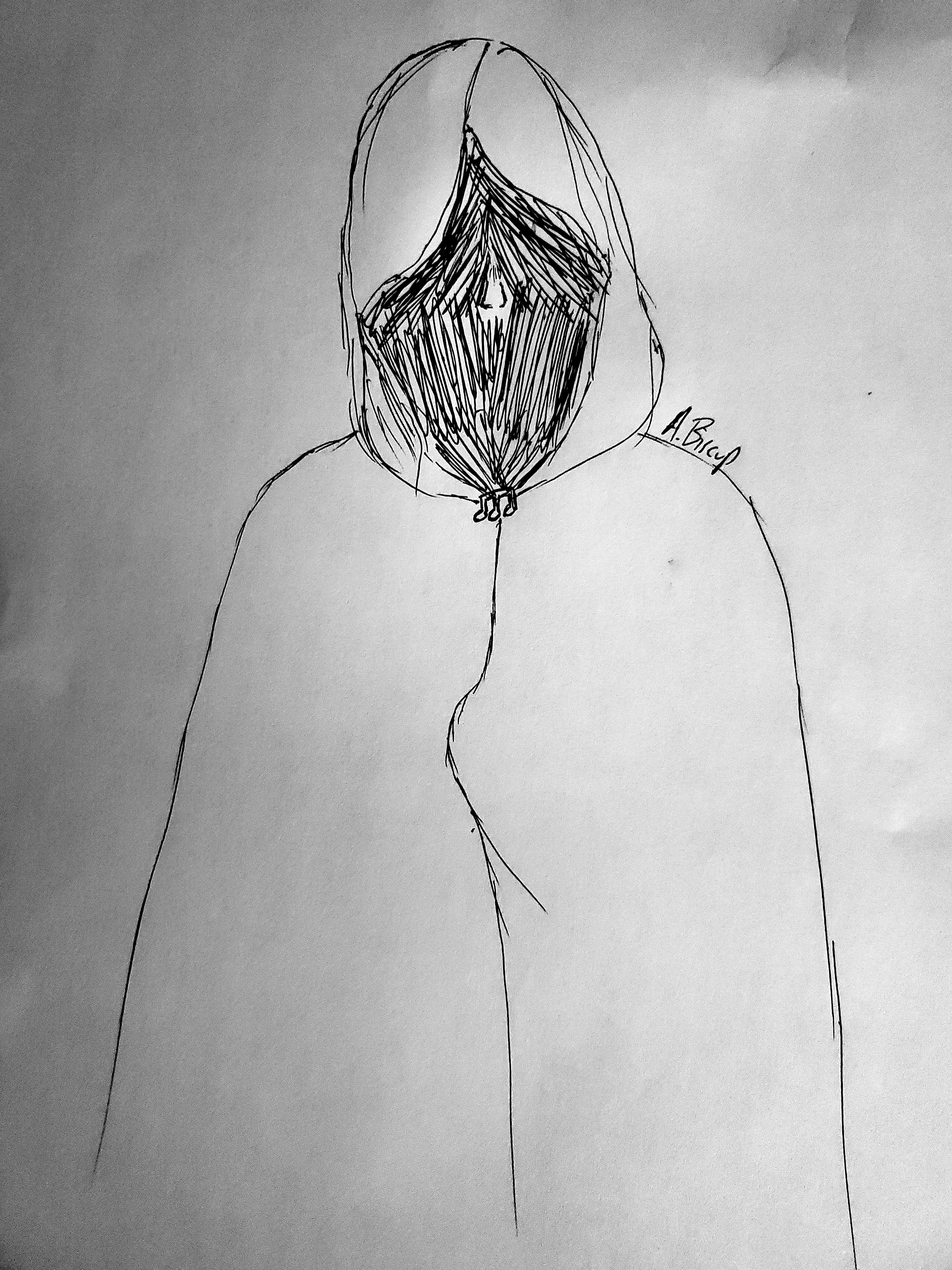 All Content, including Artwork and Music, © ℗ 2019-2021 Copyright Angela Biscup (SolarCat02), unless otherwise stated. All Rights Reserved.
Fillimet Logo created by the talented Garrett Lewis, Commercial Commission.
Instrumental Themes by Elias Alija under Commercial Commission, © ℗ 2020-2021.
E.Lite RPG © 2019-2021 Ademal Enterprises and developed by Ademal Jacklyn and Barron.
Thank You to those who encourage my writing.
Please don't send me submissions of any kind.
Cover image: Nature Forest Trees by jplenio

The burly man behind them growled into Sandra's face, glaring at Sandra as if she had pushed him instead of the other way around

I don't think you need the second Sandra in there. Just "growled into Sandra's face, glaring as she had pushed him..." gets the message across perfectly well.

She watched as a piece of plaster broke free

It should be "a piece of break free" in the context of the sentence.

She had packed it in her travel bag. The travel bag she had sent ahead when she had realized she was running late.

This flows a little funny, I'd perhaps it into one long sentence? Like... "She had packed it in her travel bag, which she sent ahead after realising she was running late."

She closed her eyes and sighed...... ...Her eyes were drawn to the pile of posters.

A small contradiction here.   Overall this is an interesting piece. It puts across the prejudice present within the society (TM) effectively, but the protagonist of this piece, Sandra, comes off as very aloof and almost obnoxious in her stance and probing of a stranger. If it was intentional, then well done! It came across very well.   One thing I would suggest is to try and veil your exposition a little. Instead of having Sandra think of things that tell us about the world, weave them into the piece itself. For example, Sandra making note of the things she needs to travel and the family ahead not having filled out paperwork ahead is a good way of doing that, it comes across very well and natural.   It would have been cool to see something similar for the bit of history on the capital and the church, maybe from someone behind her discussing the place as they wait to return home from a holiday? Or somebody breaking conduct and being lectured by the inquisitors?   Overall, a very interesting read, enjoyable as always!

Thank you for your detailed critique and your thoughts. I made some updates per your suggestions and moved around a few things to better emphasize bits that seemed confusing.   Yes, Sandra is rather oblivious. I modeled her off of a narcissistic sociopath I know. I am glad that came through well! I was worried she would sound stupid rather than self-absorbed.   And yay! You want to know more about Red Chapel and the Heathen Church. I wanted this story to be more of a teaser of the area, to leave people wanting more while still providing just enough to understand the story. I am thinking I will write Lyrianne's story as one of my NaNoWriMo short story collection this year.   Thank you so much for your thoughtful suggestions! <3