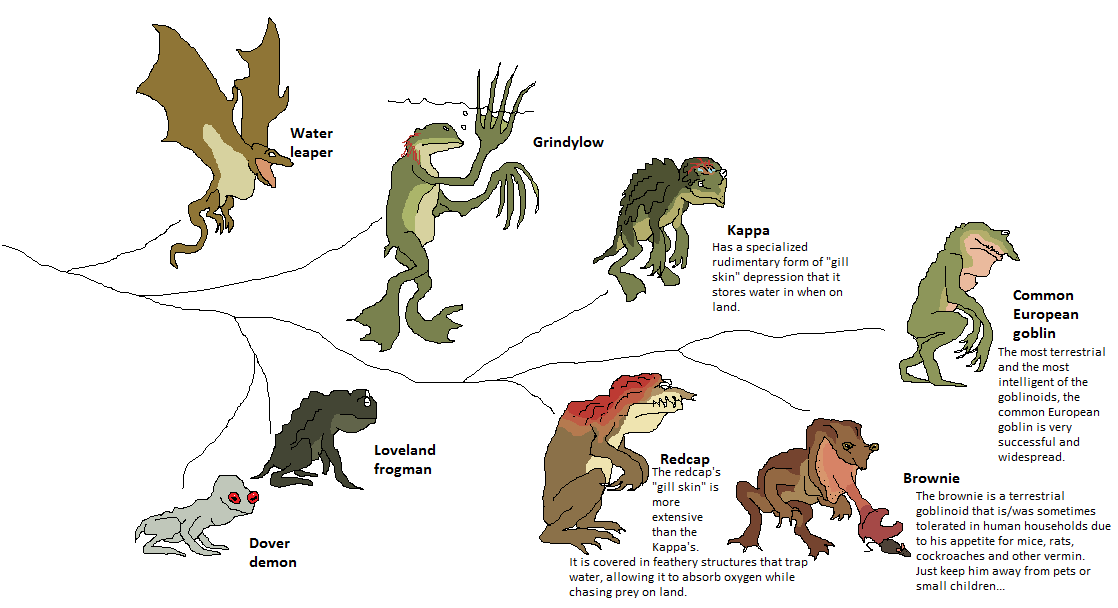 by totemaster
In Addition to the Mighty Mocking Frog, many other amphibious mutants were thrust into existence sometime after the bombs dropped. These amphibious creatures, often nicknamed “Goblinoids” due to their stout appearance and often first glance human like postures, often prefer damp, dark conditions, and dislike bright light.   Salt is another major weakness due to their sensitive skin, though this is less pronounced in the more terrestrial forms like the Brownie and Common Goblin. Common Goblins can even tolerate beachcombing, provided it’s either raining, or if there is a nearby source of freshwater.   Goblinoids or at least ones that follow the same mutational path of the Kappa have the most advanced sense of smell of any amphibian. Their noses are long twin tubes lined with smell receptors, that detect even the tiniest scent particles. They also hunt by sight, and are nocturnal. Though this does not stop people from hunting them, as their hunted to make shoes or coats like snakes, only their skin is more waterproof. 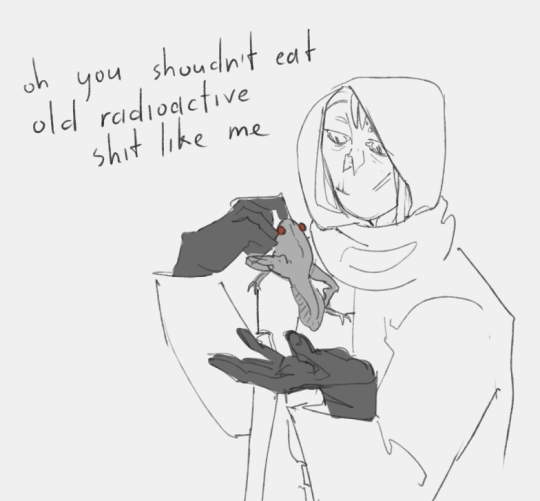 Remove these ads. Join the Worldbuilders Guild
The Mocking Frog

Yo, rad Gobbos Snuffy; I find the approach of them being amphibians particularly interesting and clever how you were able to meld things like kappas and redcaps in this creature category. 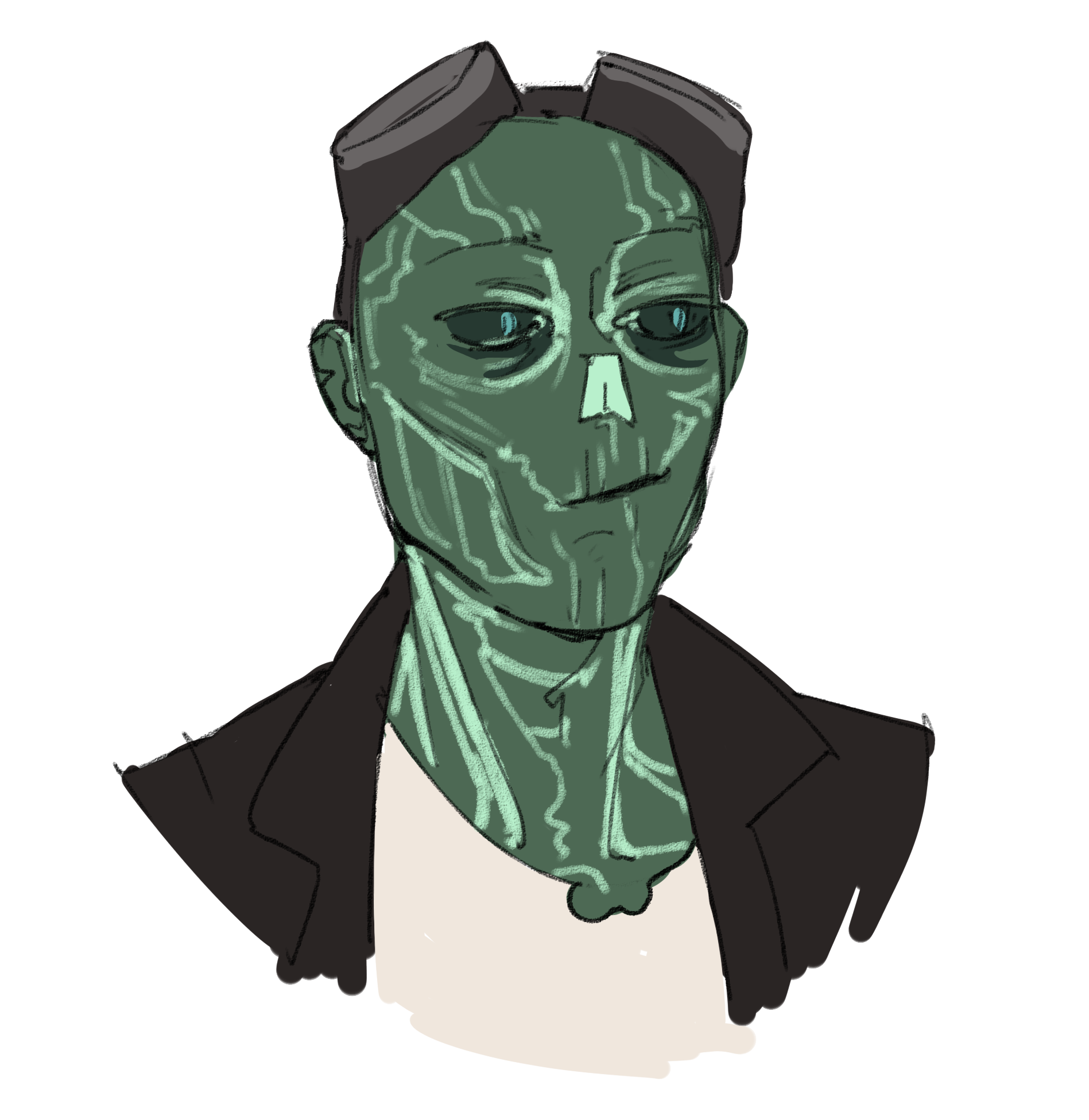 Much Appreciation my friend :D thank you