You need to leave this forest, my love, before your form withers and all the stars die out.
— Isor to Seiran

The Spider Queen is a Koushan Mai myth that tells the story of Seiran, the goddess of secrets and stars, and her lover, the monstrous Isor, Lord of Spiders.

Seiran was a young goddess, a curious goddess. She spent much of her time wandering the wild lands of Vasethal, from the icy mountains to the fertile plains. Her mother, Kore, however, warned her never to set foot in some of the dark ancient forests of the land, as these forests were home to monstrous beings, many immortal and equal in power to the gods themselves.
This only made Seiran more curious and, one day, she could not contain her curiosity any longer. She entered one of the ancient forests, where the twisted trees grew so tall and so thick that they blocked out all traces of the sky.   After walking for about an hour, Seiran found herself lost and realised she had been walking in circles, unable to tell where she had come from. She chose a direction and began to walk in what she hoped was a straight line, reasoning that the forest must come to an end eventually.   However, the forest only grew denser. Darker. She began to notice that the branches of the trees were coated in glistening spider webs. Undeterred, the young goddess continued walking, and the webs grew thicker and more numerous, until everything around her was white as though covered in snow.   Ever curious, Seiran reached out and touched her fingers to the web, finding it enticingly soft. When she tried to pull her hand back, however, she found that it would not come. The more she tried to extract her hand, the more she became tangled up, until eventually she found herself hopelessly trapped, the web clutching at her like a cage.   "What is this?" A dark, silky voice reached her ears from the darkness. "A goddess has come to join me for dinner."   A male figure approached from out of the shadows, his gait unnatural as he almost skittered across the forest floor. His body was that of an enormous black spider, though a human torso emerged from his abdomen and human arms were folded across his chest. He had a sharp, handsome face, and long dark hair that almost reached the ground. His black eyes glittered in the darkness.   Seiran knew him from stories, and she swallowed down her fear. 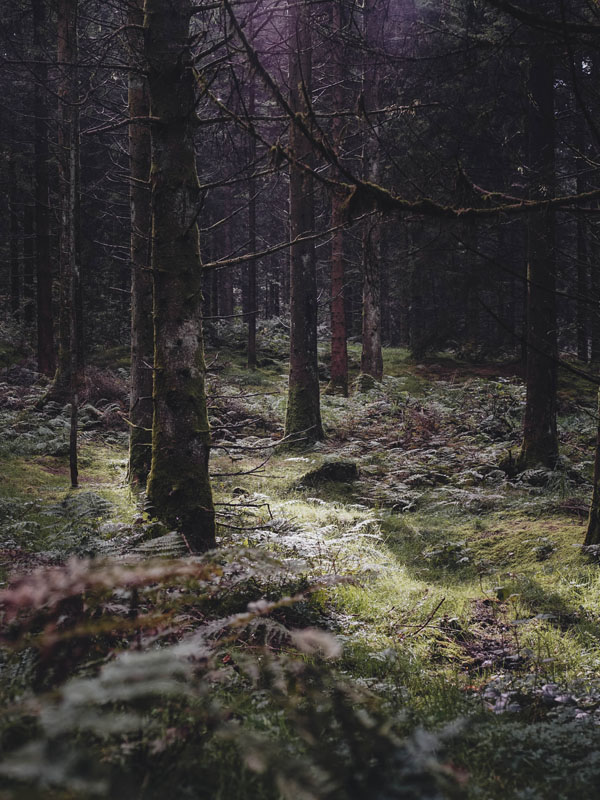 by Dave Reed
"It depends what is on offer," she replied. "Isor, Lord of Spiders."   The man grinned, showing sharp white teeth.   Now, usually, Isor and his children devoured anything unlucky enough to get caught in his web, but the young goddess was different from his usual prey. She had not screamed when he approached, but talked to him, addressed him by his name. Amused and intrigued, Isor let the young goddess live, but he did not let her leave.   Over the next few months, Seiran continued to talk, and the two grew fond of each other. Isor enjoyed the young goddess's stories of the world beyond his forest, of the mountains where snow fell and the rivers the swirled and burbled over stones. Seiran found that Isor was extremely knowledgable about the forest and all the creatures living within his domain. Seiran bore Isor two sons, Akor and Esris, though she did not know how many days or months had passed. Time was different in Isor's forest.   However, it soon became clear that she was diminishing in his starless realm. When Seiran told Isor how much she missed the stars, he created wisp spiders for her. These were pale spiders that glowed and created a false sky in the canopy. It helped for a while, and the two spent many a night together staring up at the moving 'stars'. Soon, though, that was not enough. The light that glowed within Seiran began to flicker and go out.   Isor knew that if he kept her there with him, she would fade away entirely. He loved her, so he let her leave, taking it upon himself to guide her out of the forest and to the open skies once more.   They both knew she would never return.
Koushan Mai Mythology
In response to the prompt The ultimate love story - Romeo and Juliet, Venus and Adonis, kanye and Kim....
Etrea © Emily Vair-Turnbull 2020-21
Images © Emily Vair-Turnbull unless stated otherwise
Default cover image © Pexels at Pixabay | Background © Yuri_B at Pixabay
Etrea World Theme © Elias Alija 2020
Cover image: by Peter Oslanec

I'm glad to get to learn a little more about Isor and Seiran. I know it must have been hard for them to leave each other in the end, even though it was necessary.

I really like these two and it makes me sad they couldn't stay together. :C Thank you! <3

God this is just as heartbreaking as reading the summary on the article for Seiran. It was beautifully written, and I love that we got more insight into Seiran. Isor himself sounds like a fascinating creature (man?), and I loved the way you described how he walked!   I'm curious as to how the myth came to be known by worshippers of Seiran / who invented it, that sort of stuff. It was awesome to read!

The more about Isor I write, the more I like him.   Yeah that's definitely something I need to add when I revisit the article in the new year! :) Thank you! <3

I love the twists this one took. It felt familiar and yet entirely new. So sad how it ended, but it felt inevitable once we got there.

I am so, so happy that you decided to write this story out. It's heart breaking, and beautiful, and everything I wanted it to be.

Thank you! Hopefully I can replace the photo there with a lovely illustration at some point too. <3 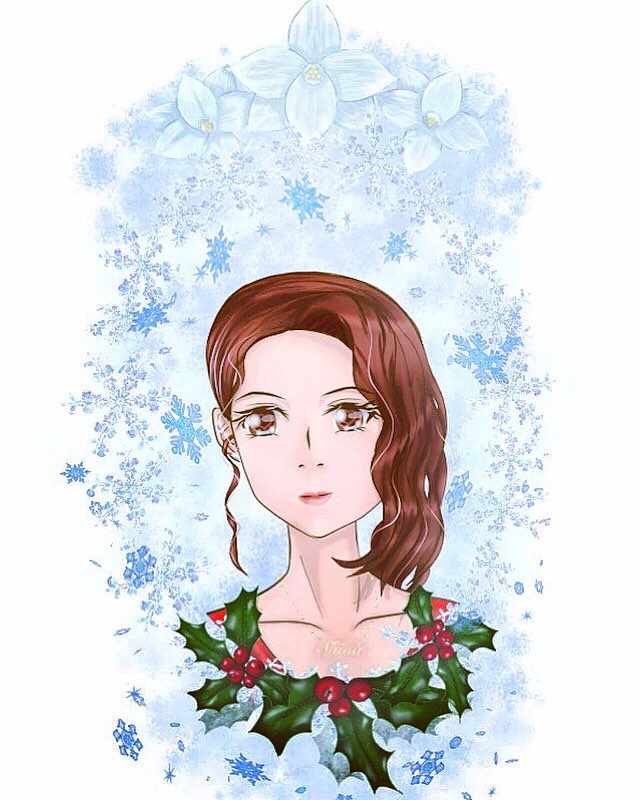 "his gait unnatural as he almost skittered across the forest floow"   I caught a letter that does not belong. *holds up the 'w' *   I really enjoyed this short story of endearment. Though it does make me wonder why she will never return to the forest as Lord Isor released her. *teary eyes*

Oh no! I shall fix it! D:   I think she doesn't return because she can't live there long term and it's too painful. Thanks so much. <3

I interpreted this as almost Stockholm Syndrome esque. Not sure if that's intended, but a lot of actual historical myths do have a lot of unfortunate implications to modern ears.

You could definitely interpret it that way, much like Beauty and the Beast/Hades and Persephone. I don't think there's one single truth behind myths and stories. :)   Thanks for the comment! <3

This is a great myth story.

WHAT! No! What do you mean she would never return! That's horrible but delectably enthralling. From the very first line I knew I would be hooked until the very end and I was. Wonderful, truly.

I think my heart just broke. This is such a beautiful love story. You can just feel how much they cared for each other.

Excuse me! That's not very nice. It was kind of sweet how much Isor cared and then you had to go and throw Seiran into the sky to never be seen again. How cruel. But, it does well to fit the prompt.   You said that this is a Koushan Mai myth, correct? I'd be interested to know what kind of importance this myth holds. How they understand it and how it shapes their understanding of the gods. Super cool!

I'm sorrryyyy!   Yeah I definitely need to add another section to this at the end, to talk about people's reactions and the importance and stuff. Thank you! <3

His voice as his webs, like silk. Their parting literally crushes my heart. Very beautiful but sad story.

Awwww. My goodness, you made me cry! This is such a heartbreaking story, and so beautifully written.