Gentle giants of the Great Plains

Standing at more than a height of an adult human, these gentle woolly giants roam the Great Plains of central Serukis. Domesticated over the last few centuries, the Great Plains cattle are farmed for their meat, wool and milk.   All known herds are currently domesticated.

Great Plains cattle are tall, solid quadrupeds with cloven hooves. Their shoulders are broad and are on the same level as their heads. Males have long, impressive horns which stick out sideways from their heads. They are covered in thick, rust-coloured wool. Females have large udders with four teats.   They have small black eyes on the sides of their head. This allows them to keep watch for predators. They also have a large velvety nose. Their ears are relatively large and on the sides of their head above their eyes. Farmers note that the position of their ears are a good indication of a cow's mood.   The stomach of the Great Plains cattle is made up of four compartments: the rumen, reticulum, omasum, and abomasum. Grass is stored in the rumen and later regurgitated when the cow has a quiet moment to properly digest its meal. The regurgitated grass is ground down properly by the molars before being re-swallowed. This is known as chewing the cud. The four chambers of the stomach allow the cow to gain as many nutrients as they can from the grass they feed on, even if the grass is not of particularly good quality for whatever reason.

Female cows are bred for their milk. Due to the fact that milk production is directly related to pregnancy and calves, there are always a couple of months a year where milk yield for a farm is low or non-existent. Compared to some other breeds of cattle, Great Plains cattle do not have a notably high milk production, so it is not worth intensive breeding or staggering breeding to ensure constant sellable milk. Farmers of Great Plains cattle, therefore, rarely focus on milk for their primary income. During months with low milk yield, farmers focus instead on other aspects of cattle farming.   Farms are also a source of butter and cheese. Often cheese is aged in such a way that it is ready to sell during months where no milk is produced.

If a bull is not considered suitable for breeding, he is often slaughtered for his meat. Meat from the Great Plains cattle is lean, as the breed's thick wool precludes the need for a lot of body fat.   A number of calves are also slaughtered for their meat each year. 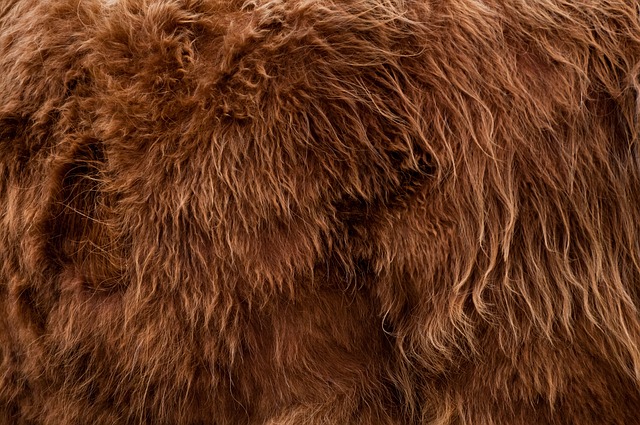 One of the unique features of Great Plains cattle is their thick, rust-coloured wool. Unlike in some breeds of sheep, shearing is unnecessary for the welfare of the cattle. However, the wool is a commodity, so farmers generally shear their herds at the end of spring in preparation for the summer months. This is a large job for most farms and takes several weeks.
The wool is then spun into yarn and used to make clothing. Unlike white sheep's wool, it cannot be dyed different colours. However, it makes warm, thick clothing that is sought after in the winter. 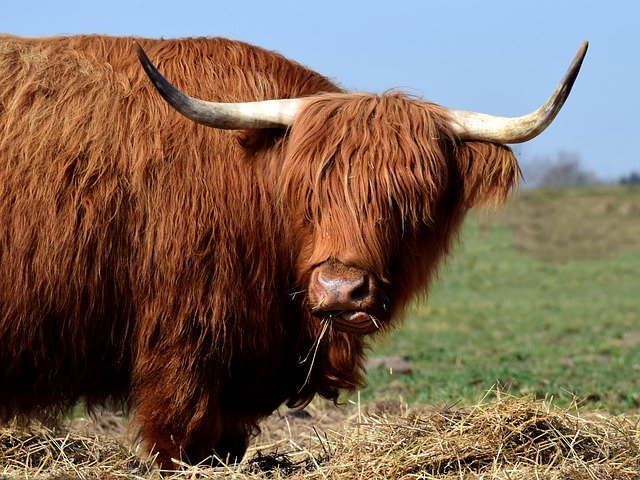 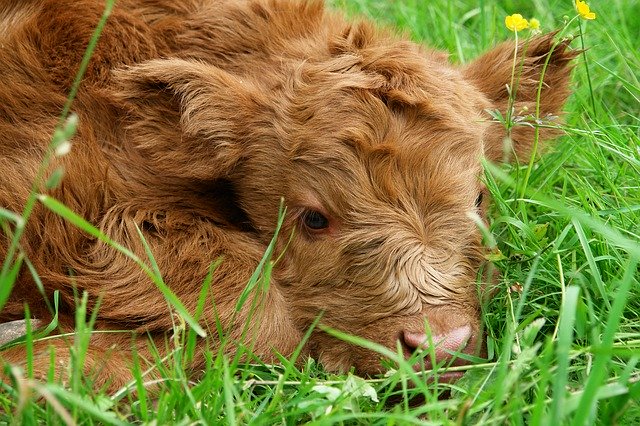 by Benkai
Farmers allow the cattle to breed every two years, during the summer months. Usually, they separate their females into two groups, so calves will be born on the farm every year. For the rest of the year, males and females are kept separate by fences. Farmers usually allow only the strongest or biggest bulls to breed.   Cows give birth after around nine months, in the spring. Each cow will give birth to a single calf, though twins have been recorded in rare cases. 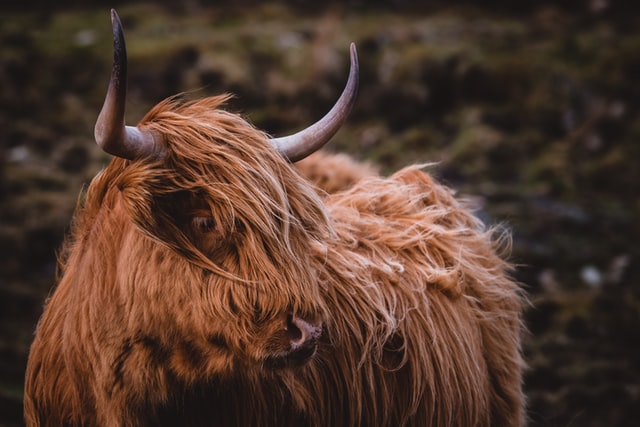 This article was written as part of Summer Camp 2020.   Prompt: Write about a species in your world that is bred or farmed for a high-value resource.

I love big furry cows, and the lil baby is soooo cute.

My favourite kind of cow, so I had to do a bit of an homage to them. <3

They’re so cute! I love how wooly they are!

I can definitely see why you like this breed of cow. They sound awesome and they look almost cuddly.

Coooooooooooooohs! :D I love these cows, they look so snuggly. The attention to detail here is excellent.