Important: Revenants are only available if you die in Living Erenel and cannot be chosen during Character Creation. Once you die, you unlock the option to become a revenant with your recently deceased character. You keep your level and equipment while losing your racial features in favor of the Revenant's racial features.

You have become a revenant, an undead husk of a previous soul that has clawed its way back from death for the sole purpose of revenge. You will kill those responsible for ending your life while feeding on the life essence of creatures slain by your hand. Once your revenge is complete, you may choose to return to the afterlife and stand before Bedoma or continue renewed vengeance, surviving off the living until the task is complete.

A revenant can withstand more punishment than most with powerful unnatural regenerative abilities. However, as an undead abomination, you are unaffected by healing magic and cannot be healed by your allies with spells. Healing and alchemical potions also have no effect on a revenant. After becoming a revenant, resurrection magic is unable to bring a character back. Only the Wish spell is strong enough to return a revenant to who they once were.

Revenants resemble the creature they were in life with a grotesque appearance similar to a zombie. Instead of lifeless eyes, the revenant's eyes burn with fury. The killing blow to cause a revenant's death never heals. This could leave the revenant with puncture holes, torn flesh, and other visible and prominent battle scars. 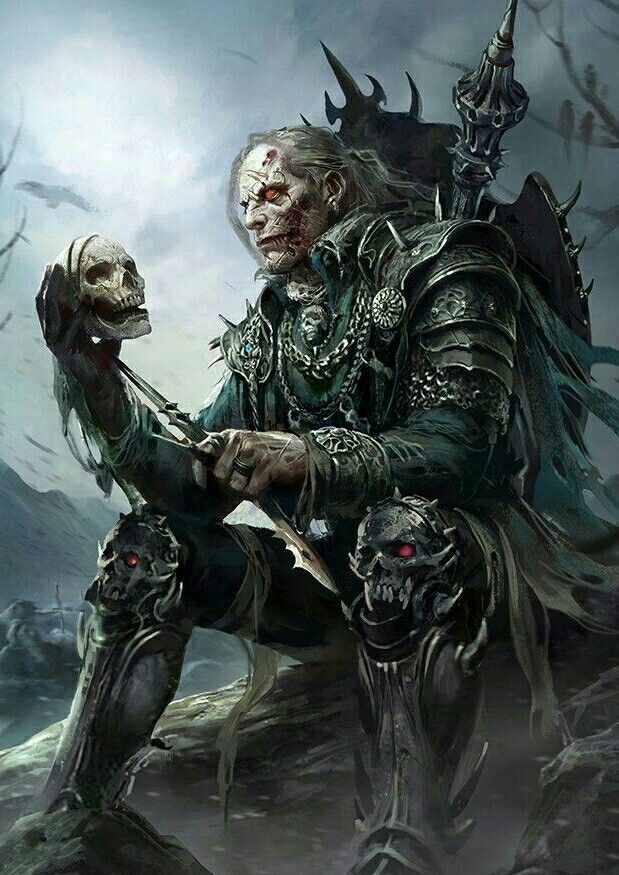 Your Revenant character has a variety of natural abilities granted upon rising.
Revenant 5E Racial Traits

You are immune to effects that turn undead and are resistance to Necrotic damage.

Your type is now Undead, though you may still be targeted by effects that target humanoids if the effect does not explicitly exclude Undead. You cannot be raised from the dead or be banished from the mortal plane. You do not eat, drink, or breathe. However, to maintain a grip on reality, you must meditate for 4 hours a day. After resting in this way, you gain the same benefit that other races do from 8 hours of sleep.

When you take damage from a creature in range of weapon you are wielding, you can choose to activate Vengeance. The next attack you make against the creature is done so at advantage. You can use Vengeance a number of times per day equal to your proficiency bonus, regaining all uses after a long rest.

Languages. The languages you knew in life.

This work is licensed under a Creative Commons Attribution-NonCommercial-NoDerivatives 4.0 International License.
The Erenel Fictional Universe is presented under the OGL rules for 5th edition. All artists have been duly credited.If you would like to have your art removed, please contact me immediately.
System Reference Document 5.1 Copyright 2016, Wizards of the Coast, Inc.; Authors Mike Mearls, Jeremy Crawford, Chris Perkins, Rodney Thompson, Peter Lee, James Wyatt, Robert J. Schwalb, Bruce R. Cordell, Chris Sims, and Steve Townshend, based on original material by E. Gary Gygax and Dave Arneson. A special thank you to the many talented people who create the world's greatest role playing game.
Cover image: by shutterstock