Halmeeri is nothing more than a story. A legend. Whatever the Vaelen might profess about what they 'remember'.... They mis-remember quite a lot, don't they? It's the fabric of folklore, not reality. Halmeeri does not exist.

It's said Emberscythe that the tides swept Halmeeri so far away from God that they had no recourse but to try and become God themselves. Failing that, the ocean swallowed them whole and they brought a curse onto them which corrupted all that was once good about the halmen-et people. Whatever was once blessed in angelic splendor, rots in the everdying and timlost depths far below modern civilization.

Most of what was once known about Halmeeri, has been relegated to the realm of myth. None of the stories of this lost ancient city are particularly flattering to what was once purportedly (according to Nōsican's Nautical Folklore) as great a civilization as Kovael and Meerai.   If what is left of these other civilizations are any indication in the modern era, Halmeeri could be expected to boast cities full of bustling trade, castles, and cathedrals with spires that reached out to the stars. By all embellished accountings of popular tales involving Halmeeri, extraplanar and terrestrial ships were more common there than even above the sea in the towers of the Kovali (who were well regarded themselves as avid spacefarers).   Beyond this nothing is known of halmen-et culture... Nothing outside of their insatiable thirst for knowledge.   Knowledge at all costs. 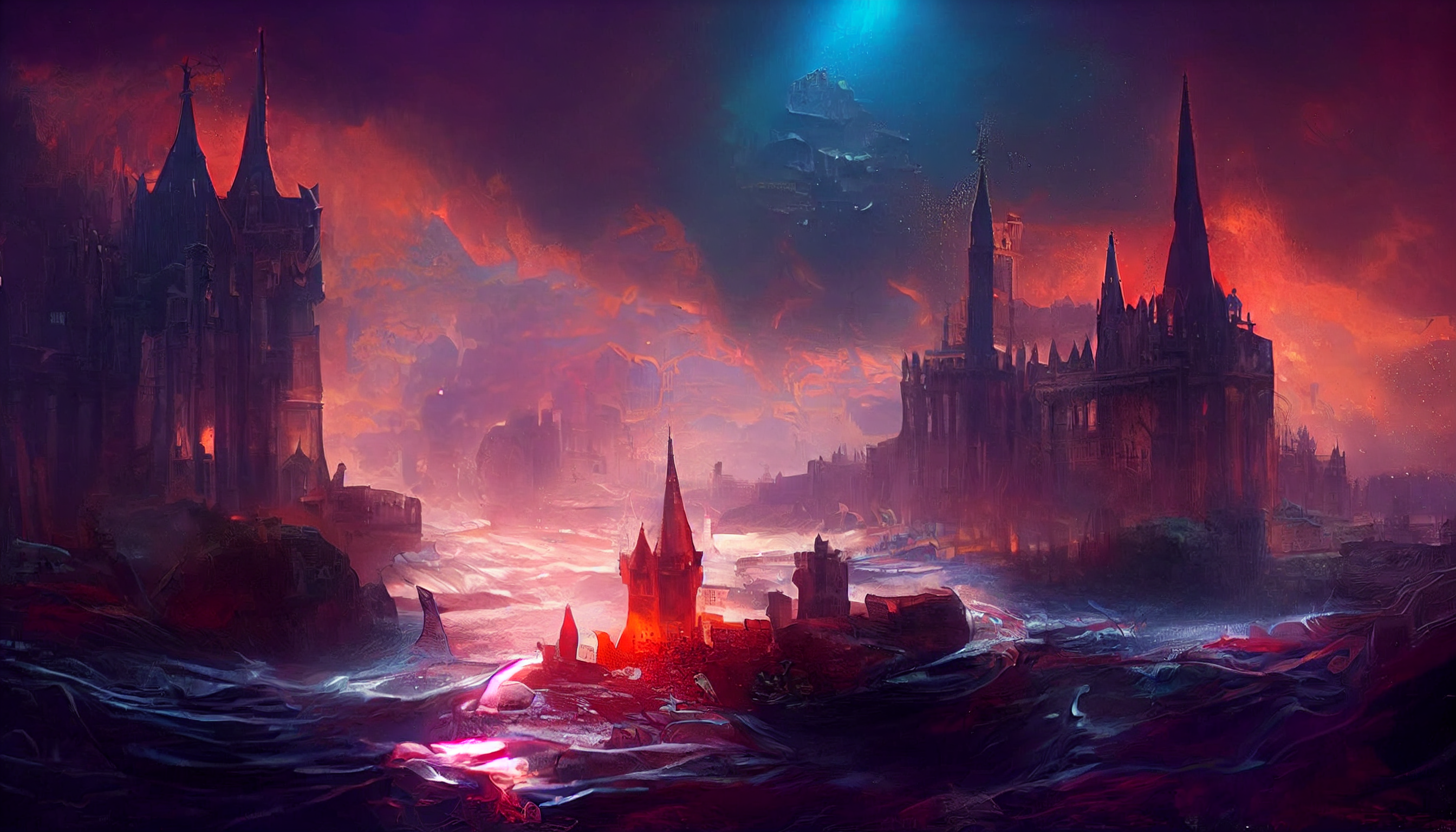 
Tis said in some circles that they built... I don't know... a contrapti-thing that reached, bold as you might, beyond the seals of Heaven and plucked a feather off a wing of an angel. Bet God was angry that day, I reckon.

No one has a clear understanding of specifically why Halmeeri fell, except that there is general consensus that they were removed from God's favor. The specific reason has evolved over the centuries and morphs with the telling and the specific audience.   The fact of Halmeeri's disappearance is generally used to frighten children into behaving or as an example of what could happen if what remains of Emberscythe should be mishandled. Being cursed, after all, is to be denyed heaven... Not that anyone can pass through the gates since the sundering.   Because the entirety of Emberscythe was sundered around the same time as Halmeeri's fall, religious scholars commonly agree that there's most likely not any creedance to the legend of Halmeeri, but rather society and the priesthood uses it as a sinsetter to remove blame from some forgotten Kovali or Meerai-i transgressor against God and place it on a fictional civilization so the descendants don't have to feel guilty for destroying the once thriving seat of the angels.

This is a part of the ocean that is rarely seen. A tidefall happening to this magnitude occurs once in a couple hundred years. The record keepers look for signs from Malagara's orbit to see when such a season is indicated, the last such time being during the Fourth Crusade (commonly referred to as the Timelost Crusade). The "floor" of the ocean is never seen except during a greater tidefall of this kind. The Timelost Depths can also be accessed via Crusher Suits and ships developed during the Fourth Crusade when there was urgency to reclaim holy relics of the old Kovali civilization. 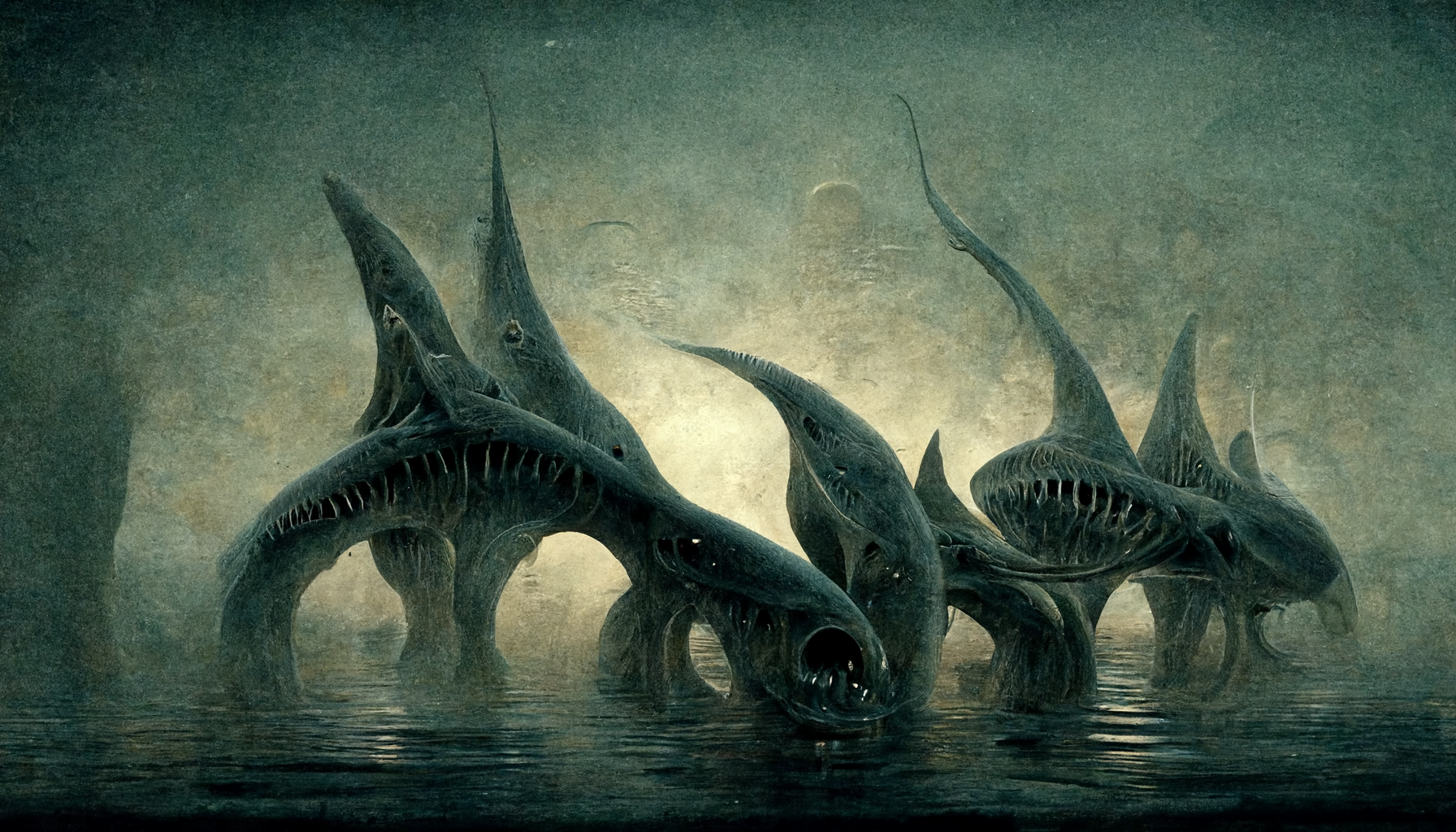 
Creatures from the Deep

When the tiderise season arrives, so comes an influx of horrors. These, in popular culture, are attributed to the Halmeeri curse since they come from "below". Grotesque, blackened, undead creatures ride the waves upward and wreak havoc wherever there are bodies of water. The descendants of the Meerai seem to suffer the most, being a seafaring culture; more than one crusader ship has also been lost as tentacled monsters drag ships below the tideline. 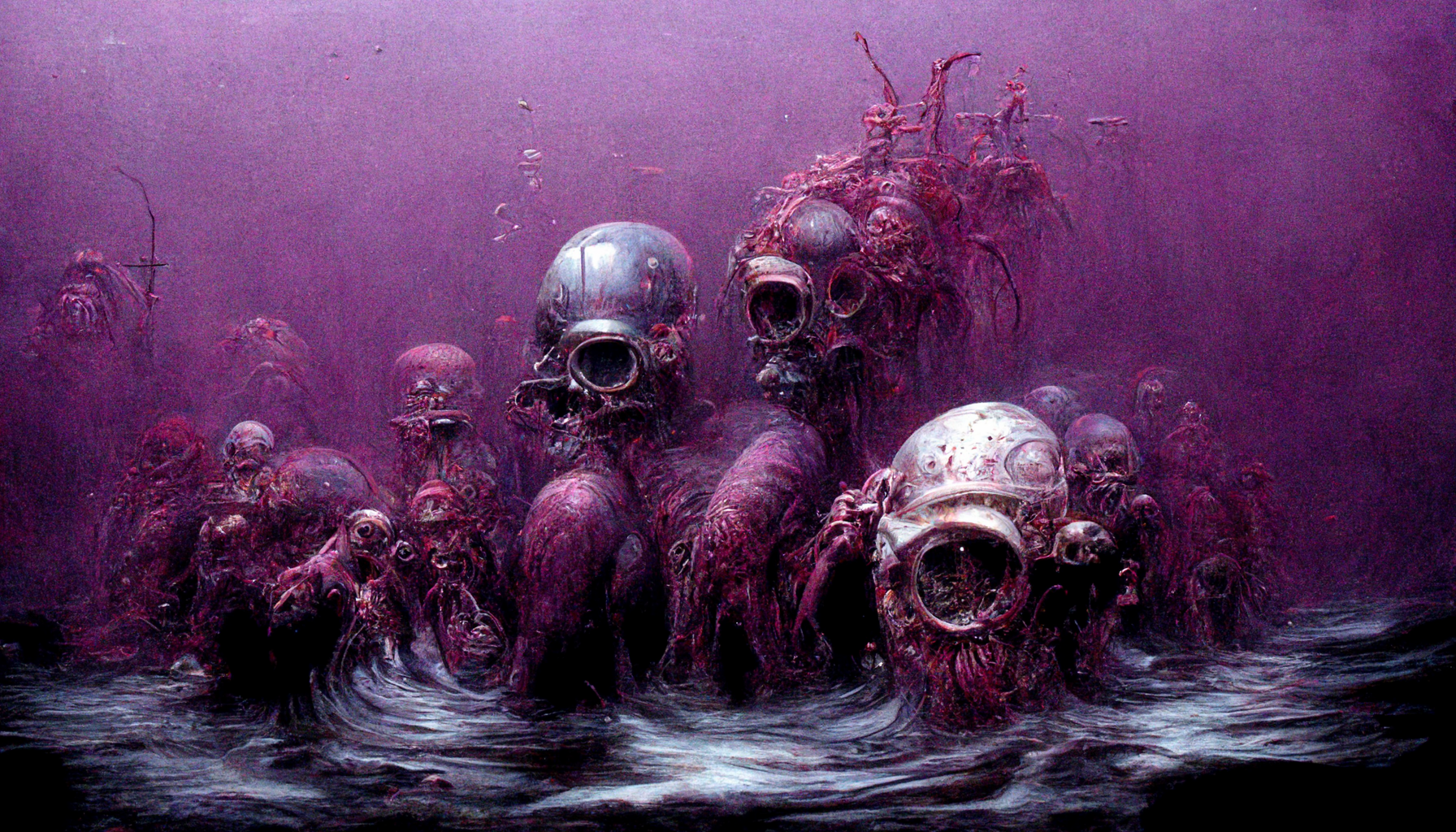 Are they still alive down there?

That's a question for the ages. Without the dragons and with the regular pressure of the ocean it's hard to know. Even crusher suits can't withstand an ordinary descent outside a time-period of greater tidefall. Most agree something still exists down there in some undead state (commonly referred to as everdying) in order to be tormented for their sins and transgressions against the Kovael and God. There have also been rumors that some sort of halmen-et envoy has been spotted recently, but there's no true evidence for this outside of Kalkurine rumors and seafarer chinwagging. 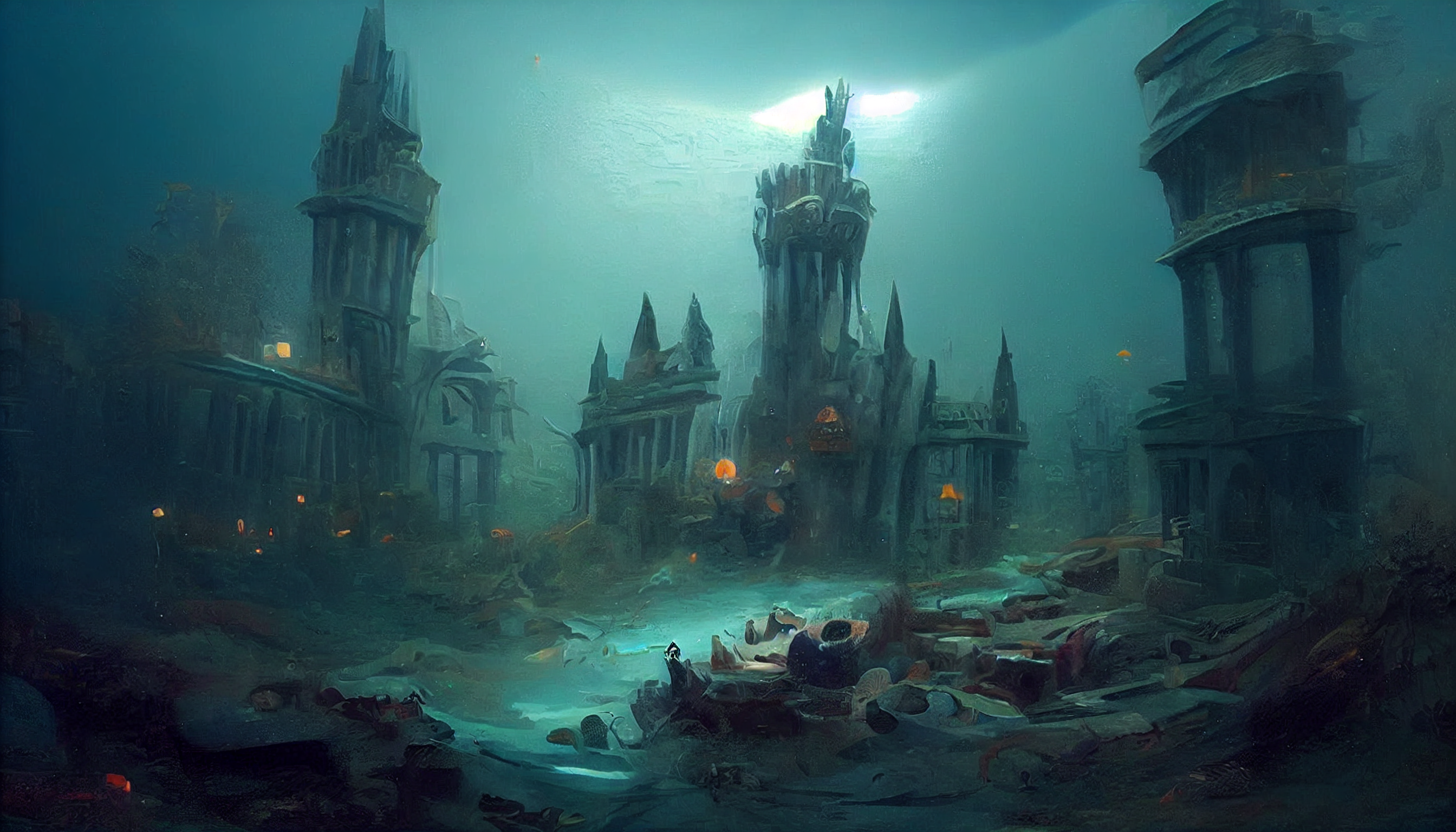