Scrublands filled with scraggly grass, thin brittle-looking trees, and an occasional cactus eventually give way to the start of rolling hills that quickly become towering mountain peaks stretching up into an almost ever-present layer of "low"-hanging clouds. The Nyugar mountain range occupies half of the region of Caliban and is, perhaps, the region's most notable feature. The shore near the Nyugar mountains is dominated by rocky cliffs that mellow into sandy, almost silver shores along the southern coast near Carmenthia. The region of Caliban is considered the seat of mysticism and relies on divination from the High Oracle. To pay homage to the god of the moon, many religious, political, and economic affairs happen at night by moonlight or lamplight.

Within the crescent-shaped mountain range, the New District has become a massive and sprawling "city", built primarily around Porcelain Avenue, the 10 Dragon Clan estates, the High Oracle's Temple, and the military complex of the Moon Guard. The streets here are often filled with merchants peddling their wares to locals and tourists alike underneath the glow of paper lanterns. Looming beyond this city of Western splendor is the opening to a dark tunnel, cutting through the largest mountain in the Nyugar range: Mt. Sors-Mászása. Embedded in the heart of the crescent-shaped mountains is the original city of Caliban, now deemed the Old District.


Before the Dread King's War, the Old District was the only city in Caliban, while the New District was composed of only the shoddy beginnings of the 10 Dragon Clan estates and their respective land. The Oracle resided in the Old, true temple of Caliban deep within the Nyugar mountains and the Moon Guard primarily operated as a naval force out of Dragontide Bay. Porcelain Avenue was but a small cluster of buildings and shops. It served, at this time, as a small outpost for merchants, travelers, and other visitors before they entered the heart of the mountains. Once within the heart of the mountains, the Old District was filled with life. Buildings were built on and within the mountains, illuminated by paper lanterns strung between Sakura blossom trees. People regularly traveled up the mountain to Caliban's Old Temple to ponder the whims of time, the tides, and the greater will of fate.

After the Dread King's War, there was a massive exodus from the Old District into the New District, corresponding to a shift in power. Caliban, god of the moon and of fate, retreated within the confines of his temple. As the fortune of the temple and surrounding monasteries diminished, the people sought the accumulating power and wealth of The Dragon Clans. Over time, the New District grew. Clusters of residences and businesses developed around each of the Dragon Clan estates and Porcelain Avenue. A new temple was constructed at the end of Porcelain Avenue to house the Oracle. The construction of the new temple was the final nail in the coffin for the Old District... what once was a thriving community of many organizations devoted to the ideas of fate, karma, and service dwindled until very few remained. One of the few persisting Old District communities is the Ladies of the Stars.


The regions first and foremost export is porcelain - bows, cups, plates, and more. Other exports include tea and coffee, silk and other fine fabrics (mostly exported to Therarask to support their fashion industry), spices, and silver and moonstone jewelry. Another prime product is Star-Root Paste. This special "paste" is smeared around the eye granting dark vision. If used consistently and for long enough duration, the effect is said to become permanent. Of course, the Dragon Clans are protective of this item and its recipe is a closely guarded secret.

The majority of the population of Caliban is - to no surprise - dragonborn and kobolds, particularly near the heart of the New District. IN the smaller towns of the region, the population shifts to a mix primarily composed of humans, half-elves, halflings, orcs and half-orcs, owlfolk, and lizardfolk. All of these minorities are represented in the actual city as well. Additionally, there is a surprisingly large minority of Kalashtar in the region.   If one can tolerate the Dragon Clans air of superiority, all races are welcome in Caliban.


For nearly a millenium, Caliban has been a reclusive and generally absent god. Despite this, people still enjoy and actively participate in the two major festivals dedicated to the god of the moon and fate: The Festival of the Moon and the Festival of Fate. Other important traditions include midnight feasts during the full moon, tarot card readings, and other fortune telling, to name a few. There are still a select few that choose to ascend the mountain to Caliban's old temple on the nights of the full moon while the majority travel to the new temple of Porcelain Avenue. There, they write down an issue or matter of concern before offering the paper to the pyre. The embers are believed to ascend skyward, where the matter lands in the hands of the god of fate and his court.

Each of the Dragon Clans often host small-scale festivals and other large parties throughout the year. These events, however, are built around important family or clan events and traditions rather than being directly related to Caliban. The Clans exhibit a relatively strong sense of ancestor and draconic worship. Whether or not these festivals are open to the public depends on the Dragon Clan and they often represent one of the few opportunities for non-draconic humanoids to enter within the clan compounds.

A large portion of the population also believes in the concept of karma, which often extends to principles of honor. The exact interpretation of this concept, however, is wrapped up in the debate over how to understand fate and destiny. Is your destiny predetermined and, thus, the karma you receive inevitable? Or, do you play a driving role in shifting the balance of your karma?

The Debate on Fate

Although Caliban is also the god of the moon and stars, the tides, and time, it is his domain of fate that often generates the most discourse. Is fate and destiny something that is written in the stars or written in the sand? Is the path every mortal walks already set in stone? Or can its course be altered and changed? Various influential figures of Caliban adopt different stances on the interpretation of fate and its associated role in the political, economical, and other affairs of the region. 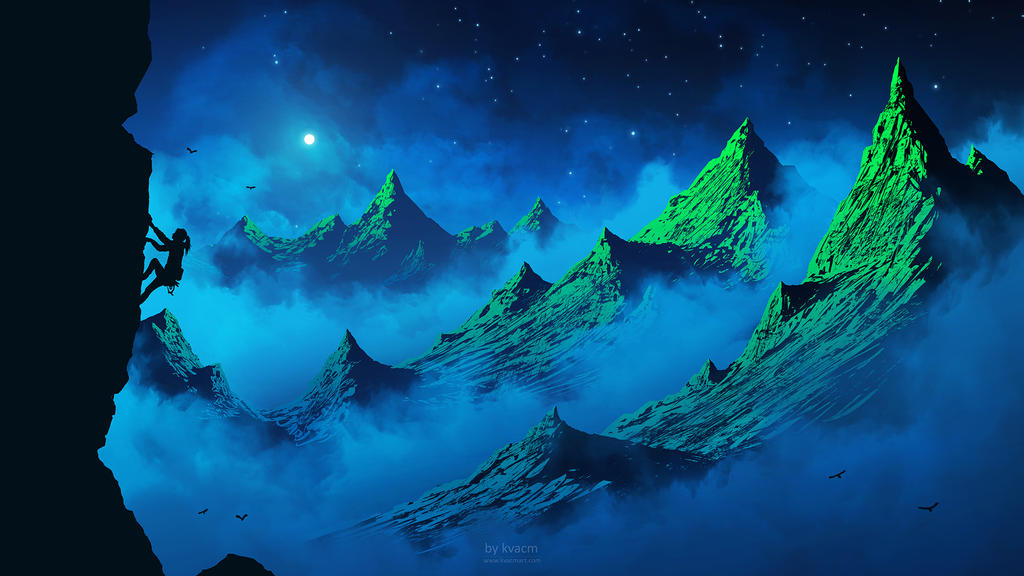