Prometheus is a titanoid-class world in the Proxima Centauri star system, and the homeworld of the Prometheans. It is a frigid world with a liquid solvent cycle of ammonia-suspended hydrocarbons, which pool in the ancient craters on the surface. Prometheus hosts a thriving biosphere of partially silicon-based organisms, among them a sophont species capable of interstellar spaceflight.

Humans' first manned surface mission to Prometheus was the Arete Mission in 12080-12086 UME, which had no direct successors.

Prometheus is ringed by a pair of low mountain ranges, originating not from tectonic activity -of which there is very little on Prometheus- but ancient impact events. Scattered across the surface are the remains of ancient impact craters, the largest and deepest of which have become the basins of ammonia-hydrocarbon seas. Apart from the unique geographic structure and geological composition of this planet, it possesses a variety of rather typical geographic and biomic features such as plains, pocket forests, tundras, and all the components of a global watershed.

Prometheus is home to the Promethigenid group of organisms, which are primarily characterized by their mixed carbon-silicon biochemical basis and heavy reliance on sound and infrared senses. These include bioluminescent autotrophs, pack-hunting aerial predators, and a single sophont species: the Prometheans. 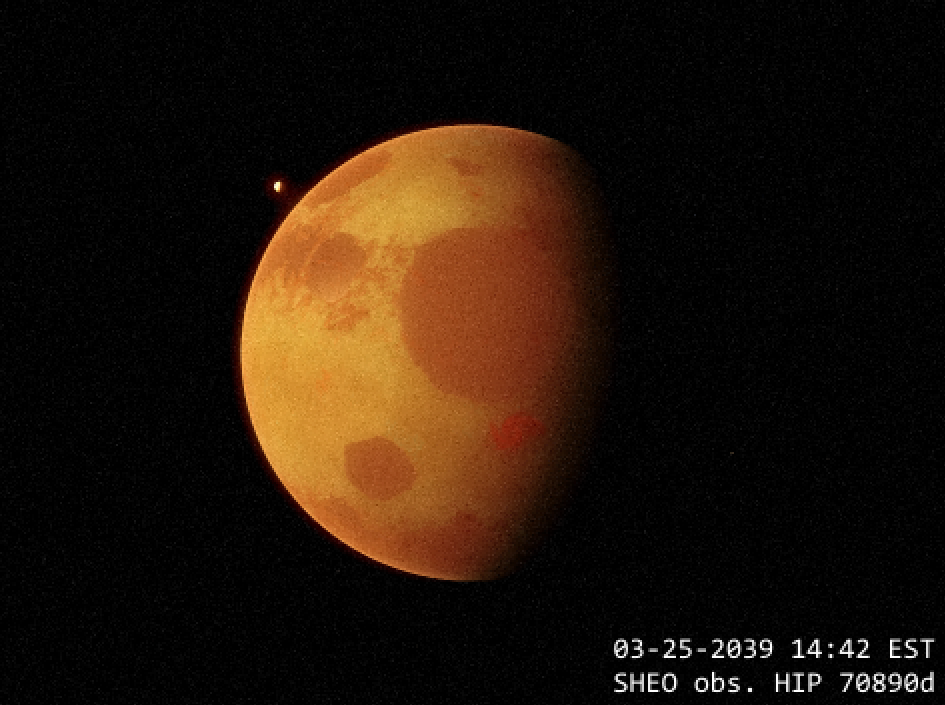 Prometheus, as seen by SHEO-I.