It was said that no woman could seduce the King. That those that tried were killed on the spot as the king took great offense on a woman who seduced others without warrant or reason.. He is called the Devout because of his dedication to the teaching of the Shadow God. Which taught it was because of a woman that a once great empire collapsed. Fear this man even in death as it is believed that he still carries out his orders.. To purify the Kingdom and prepare for the Summoning of the Shadow God. Let this man be the inspiration for future generations and be an example all should follow   In Reaveth King Viktor is considered a divine son of the shadow God, As everything he did was for the Shadow God. Every decree he wrote, Every action he took he did it for the Shadow God. It was said the Shadow God told him the Kingdom needed to be purified of those that do not follow the Shadow Gods teachings. If the Kingdom was Not purified then kingdom would be destroyed. It is believed that viktor was the one that ordered the rounding up of those that follow the Goddess of love so that could be sent to Shadow prison.   He is known to be a man who saw Marriage as not only be sacred but also unbreakable. He ordered the courts to refuse divorces and instead the couple would first try to work out there differences. If not they were sent to Shadow prison for the crime

They say that he was a strong man that was quick on his feet. He was a tall man as well and some even called him a giant.

Has a tattoo of his house Sigal on his right arm.

His dominant hand is his right one.

Completed Army training as is required by law. Completed training in leadership and theology

Took the throne of Reaveth Expanded the Kingdoms Reach

Has a Fear of failure and disappointment

Believes that everything must be done to Honor the Shadow God. that all actions taken bring the world one step closer to summoning the Shadow god to the world.

Bathes Daily as required by the Chruch

Is a Devout Follower of the Shadow God. Believes that Lust is a Disease and must be cleansed from the world.

Confidence when speaking to his council and to other nobles. Has great manners and speaks with a sense of elegance.

Vikor sat on his new throne and looked at those gathered around him. He saw his mother to his right, and his advisor to his left. Courtiers and other servants stood below at a considerable distance from the dais. All kneeled before him and proclaimed him the new King of Reaveth. 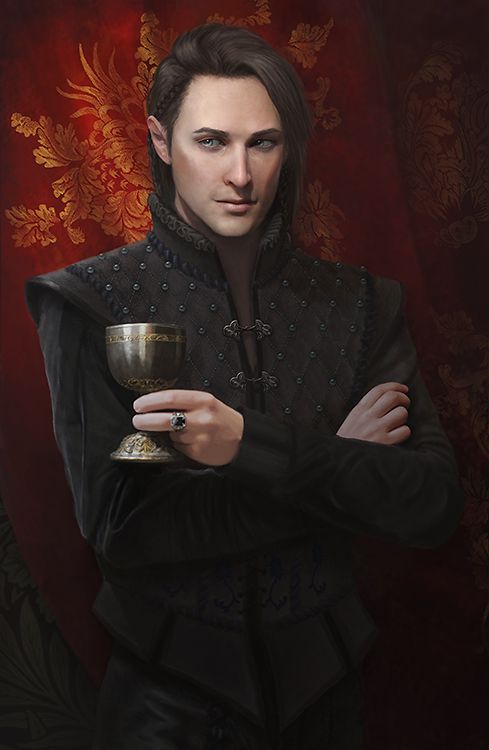 
Remove these ads. Join the Worldbuilders Guild
Age of Kingdoms