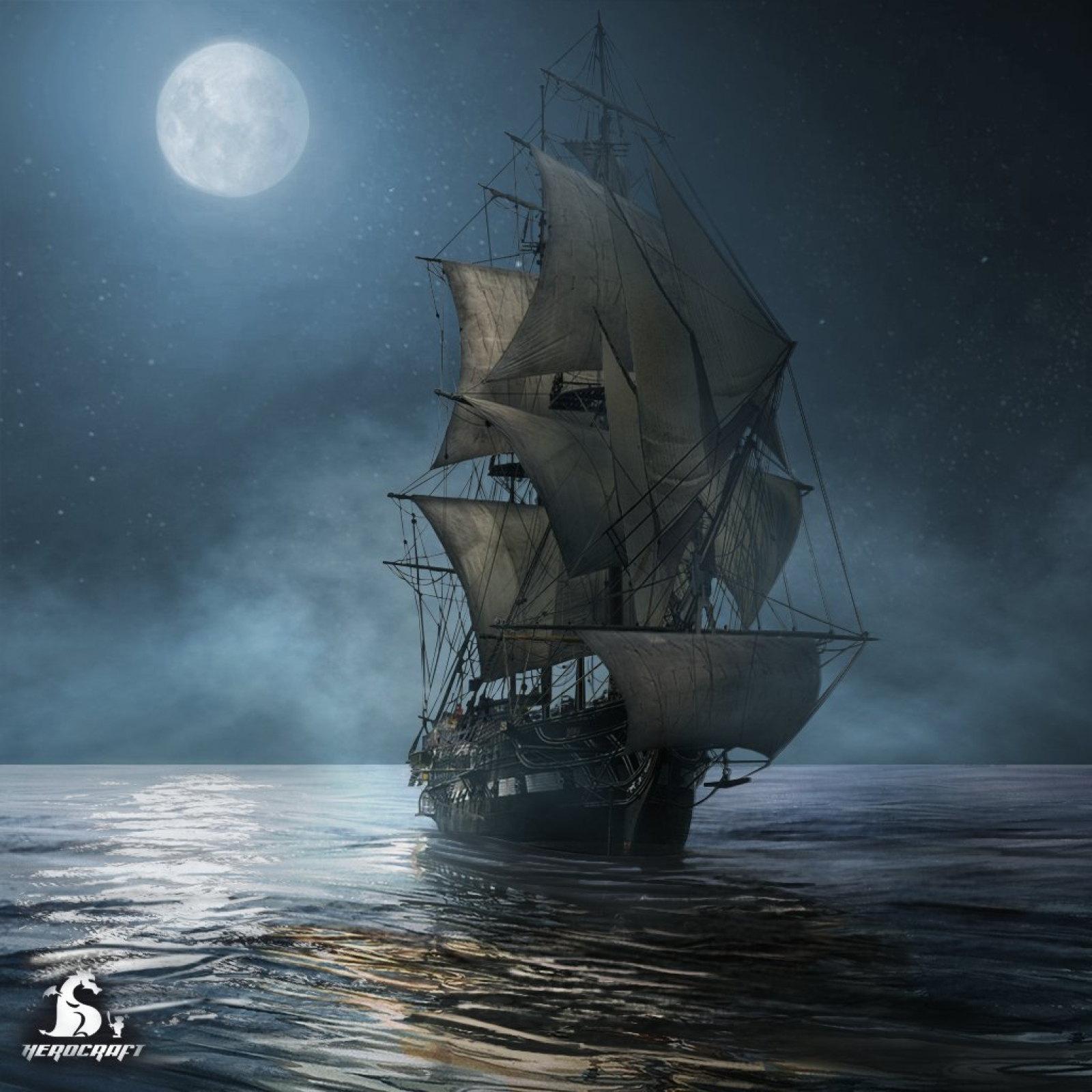 Amonar is an @Imp bonded to Seltemver Ashblade's soul. He resides on The Seahaven with the rest of the crew and although they used to fear him, they have accepted him and his fearsome powers as one of their own. He is just over two feet tall and a little over thirty pounds. His blood red skin, tail, and wings make him stand out in any crowd, as do his clawed hands and feet. He is a mischievous trickster and loves to irritate others with his sarcasm.

The wizard that had bonded him was eventually killed by Seltemver Ashblade, yet the dark wizard would have the last laugh. With his dying breath he transferred the bond on his soul to the elven pirate, so that Amonar was now bonded to Seltemver. The curse was that it was tied to the elf's soul, being permanent until one or the other died. While he was so cursed, the elf couldn't benefit from blessings, auguries, or divinations. His soul was inherently tainted and if he died, he would be lost to the deep hells as a doomed soul. Amonar as well was cursed, for if his charge died under his protection, he too would be dragged down to the hells and tortured for eternity. The only way to counter this was to dissolve the curse, and they had no idea how.

“Great, more violence. Why do I stay with you Seltemver?” Amonar said as he alighted upon his friends shoulder once more. “You stay because you are bound to my soul.”   “Ah yeah, there is that.” from Across the Wide Seas

Amonar has wings, a tail, clawed hands and feet, and small horns that protrude from his head.

Amonar can cast Infernal magic similar to the elves but with one major change. it can only be used to hurt or destroy. He an call upon the deep fires of the hells, the forgotten waters of the deep rivers, the very earth under him, the heated air of the hells, and even the ether around all of them. He hates using the power to harm others, but if Seltemver is in trouble, he has to protect him because of the curse on them.

Amonar was toiling away in the deep hells, torturing souls when the wizard Nor'Alrin called him up to the mortal realm. This wizard bonded him to his soul, making the Imp do vile things for years. The wizard often opened portals to other worlds so that Amonar could go through and drain people of their life essence. One of the portals the wizard opened was into a mining colony. Amonar started playing tricks on the colonists, making sounds that would drive them crazy as time went on. he was there for almost a year, making trouble and what not, and then he cast the life drain spell using ether. their lives slowly drained away through the portal door, even though the wizard had closed it — Amonar was the key that let it go through — and soon he would leave these humans behind...but then bodies started disappearing.   There was another being there, hiding even from him. It was a elemental creature of earth, which was disturbed by the humans digging. It was angry and wanted to punish the humans that woke it. Amonar tried to warn the people, but he couldn't help them. They thanked him as they made their last stand, even writing his name in blood on the door as a clue for anyone else that came, but he was pulled back when they were all gone.

Near the end of 581, the colony sent two messages, back to back. The first message was about hearing people inside the enclosed colony working at off hours, even when everyone was accounted for. It persisted for over a week and no one could find anyone in the mines. The last message from the colony was a simple, yet strange one. All it said was: They are here.   When no other word was heard from the colony, even on drop offs, a team was sent in to crack the doors open and see what they were doing. What the team found baffled them. Every member of the colony was gone, work stations in disarray, and meals half eaten. Every last one of the 205 men, women, and children. The only thing the team found were the replies from the Blackstone family, in a neat little pile on the Lord's desk, and the word AMONAR written on the inside of the great doors in blood. No other blood or bodies were ever found. from The Lost Colony of Llarest

Amonar hates violence. This isn't your normal aversion to hurting people, the Imp really gets physically ill when he has to hurt someone. This was caused by his decades under the wizard Nor'Alrin, and the excessive death at the Imps claws. In the hells they tortured souls, but the people were already dead. In the mortal realm, he had to hear the screams of the people as he burned, slashed, or otherwise took their very life force for the dark wizard. This broke something in the small creature so that now he really does not want to hurt anyone. 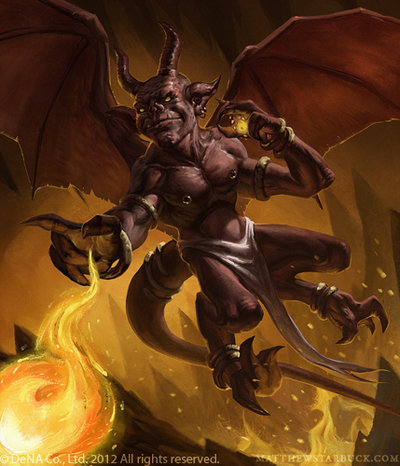 “I don’t need fire,” Amonar said, backing away from the oncoming vines. He didn’t want to fight, yet he couldn’t leave those defenseless people in there. He was torn. Seltemver usually takes care of the plotting and killing, I just hang back and hide, he said to himself. “You just have to ask me,” he finished, his eyes downcast at the prospect of handling that power again. from Journey to the Isle of Ximn.

Amonar has something now that he has never had; a family. The long months on board The Seahaven has changed him fundamentally and he has found that he is experiencing feeling he has never felt before. He has started feeling sadness and even fear for his friends, especially Grunhilde , Seltemver Ashblade , and Toth. The elf Silence is also becoming a fast friend, as she is teaching him her silent language.

“You saved Amonar first?” Seltemver said incredulously, turning towards his first mate.   “He’s my little buddy,” Toth said, not even looking sorry. “Besides, he’s the one with the power. If we needed it I wanted him free first.”     “All right, I can agree with that,” Seltemver said, pouting. from Journey to the Isle of Ximn.


Remove these ads. Join the Worldbuilders Guild
The Seahaven