The Mitra River Basin is without a doubt one of the most important regions in the Known Lands. It is very populated for the average standards, It has a lot of cities of a respectable size, its the main producer of grain and foodstuff, but also a rich history and culture. Even though most of it is quite arid and barren, and really rocky, specially on the higher areas. The lower flt lands near the delta are very fertile. The river carries lots of water during the summer months, when the snow melts in the mountains, and can get sudden increases that flood entire valleys. Sometimes this happens after heavy rains in the winter months too.   In many parts the river has carved deep gorges and canyons, and around the delta area there is lots of sandstone buttes and interesting geological formations. 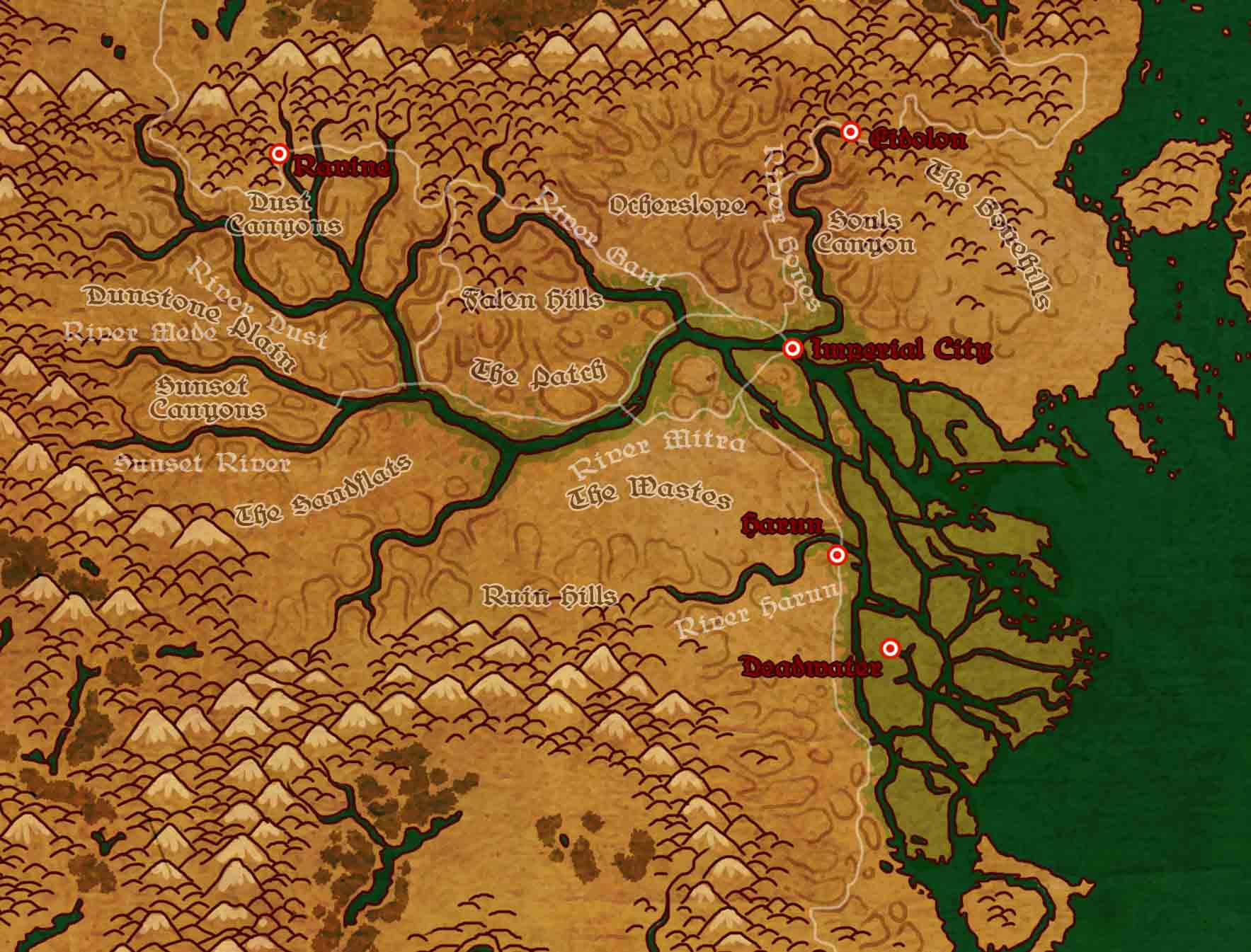 THE DELTA: Most of the population of the region (and of the whole empire) lives in the Delta of the Mitra River. It is a huge and extremely fertile area. Most of it is just sand banks covered in vegetation, high grass and wild flowers and bushes. There is not big forested areas but still palm trees grow here and there forming clusters. The river arms form islands that are well irrigated and have excellent infrastructure, mostly covered in fields and farms, sometimes a bit more wild and swampy. The area that surrounds the delta is made of reddish sandstone, its very eroded and forms canyons and gullies that create a dramatic landscape. Some of these sandstone blocks have been left isolated creating buttes like the ones in the Imperial City. Even though most of the region is prone to floods, several engineering works have been built to ensure crops and population safety and protect infrastructures. There is a reasonable number of towns and villages, most of them within a day distance (on foot or by boat) of each other. The islands are not all connected by roads and not all the river arms are deep enough to navigate, so it can be quite a labyrinthine area for a foreigner. Most of the Delta lands is part of the Imperial province of Crownmouth, and its capital is the city of Deadwater. 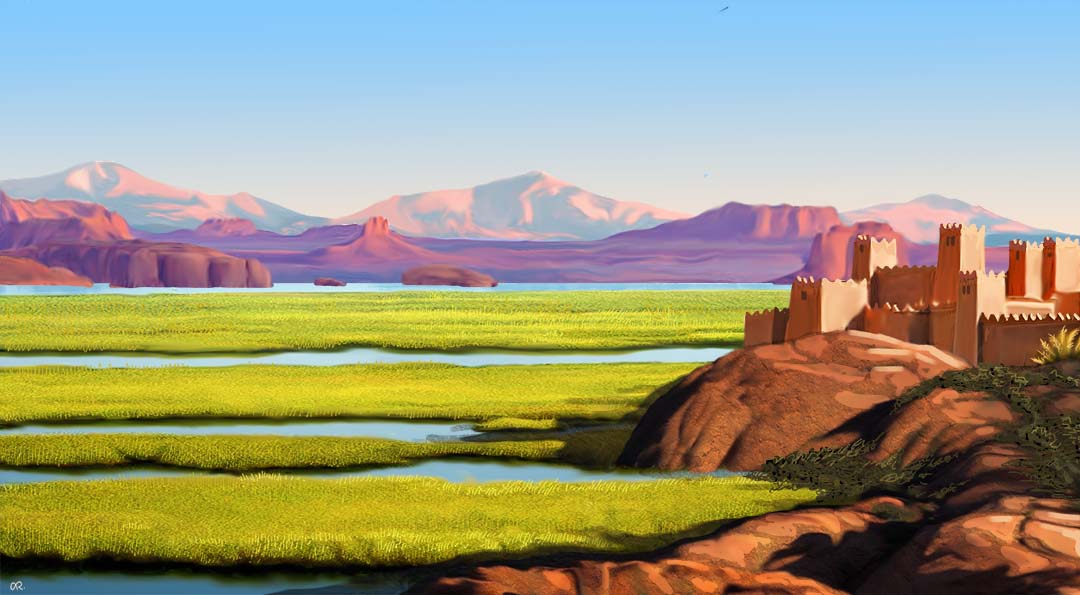