In The Godless Clan of Black Shore...

The runes are chosen in some quantity by the child to be named. This means names can be as short as one rune and as long as all eighteen. The order of the name depends on where the rune falls.

The Reading of the Runes

Runes are cast a minimum of three feet above the caster's head and allowed to fall to the ground. They are then read in circular order, starting at the top right of the scatter and working around clockwise to the middle. If a rune comes up blank side up, it is considered as a space in the name.

If all of the runes a child selects come up blank, they are referred to as a Viwswo Tash (Blank Child). They are cared for by the clan's Caretakers until the snows clear, and then brought on the spring journey to The Kylen Plains. There they are given to the The Kylen to name and live with. The child in question is then left by the clan and raised, instead, by the Kylen. In rare cases, the mother or father of the child may choose to stay. However, as a Blank Child is considered unlucky, most will not. 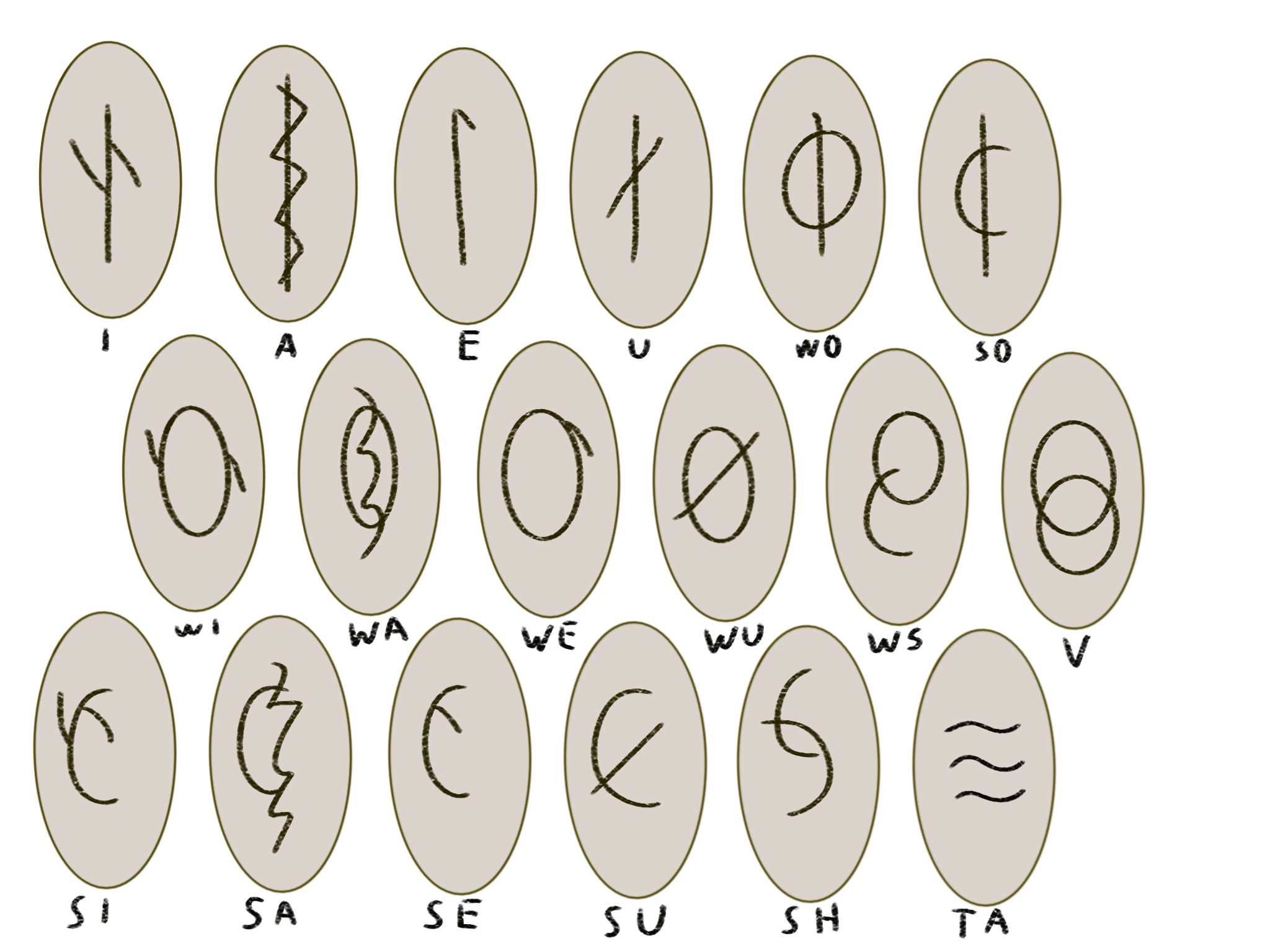 This eighteen rune set was crafted by Wosoia, reportedly the first to cross the Pass of Stone, the only way in or out of Caldera except trying to scale the steep mountains. Considered by The Godless Clan of Black Shore as a holy and reverred ancestor, these runes have been passed down from clan priest to clan priest for thousands of years, ever since the clan first scismed from the Kylen.

The keeper of the runes, this person casts the rune for each child ready to recieve their new name.

These choose their runes. Some babies only choose one or two, some choose all of the runes and wind up with improbable names like, famously to clan lore, Wo I Utaso Vesashasi Wewu, a well known example.

Name runes are cast when the child is one year old, at the event of the first snowfall. Before the rune casting, the child is referred to as (Parent or Caretaker name)'s baby.

Oooh! I really like that! That's such a cool naming tradition. The blank one is fun too!   What if the parents hate their name? Do they ever try to fudge it or bribe the rune-caster? Can you re-cast your name as an adult?   Really really fun idea!

What a unique idea, and a great explanation of it!