Located in central California, this village is divided into five main parts. 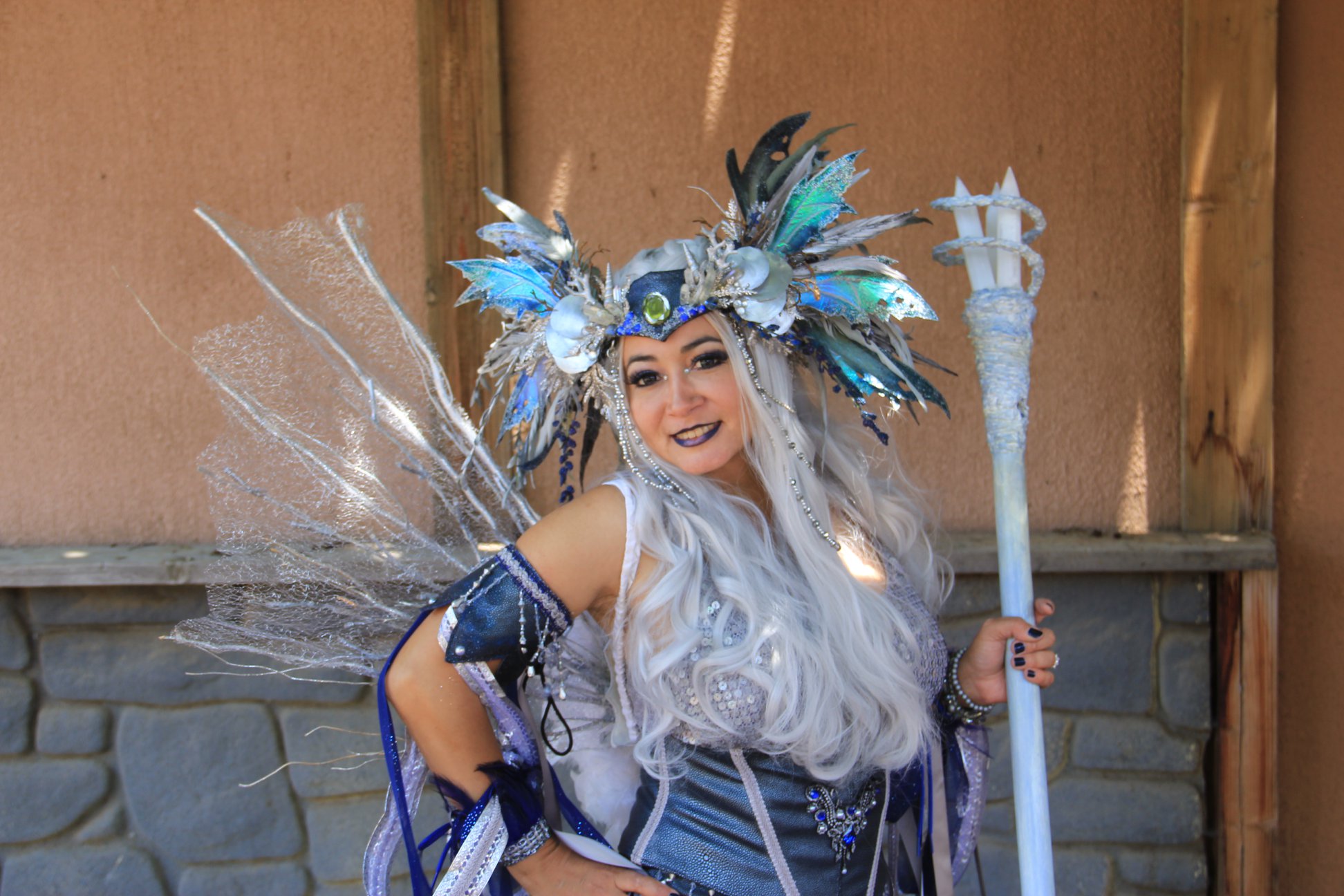 by Sydney Martin
This neighbohood of Bardford is filled with roses and briars, among many other flowers. Home to the Faerie, it is one of the more popular neighborhoods to visit. It shares a common border with Wolfswater and Crossroads.

This neighborhood of Bardford is home to the pirates. Situated as it is on the river, the pirates of Wolfswater do have a ship, which they use to conduct battles for show with their neighbors on the waterfront, Knife's Edge. They also border Briar Glenn. 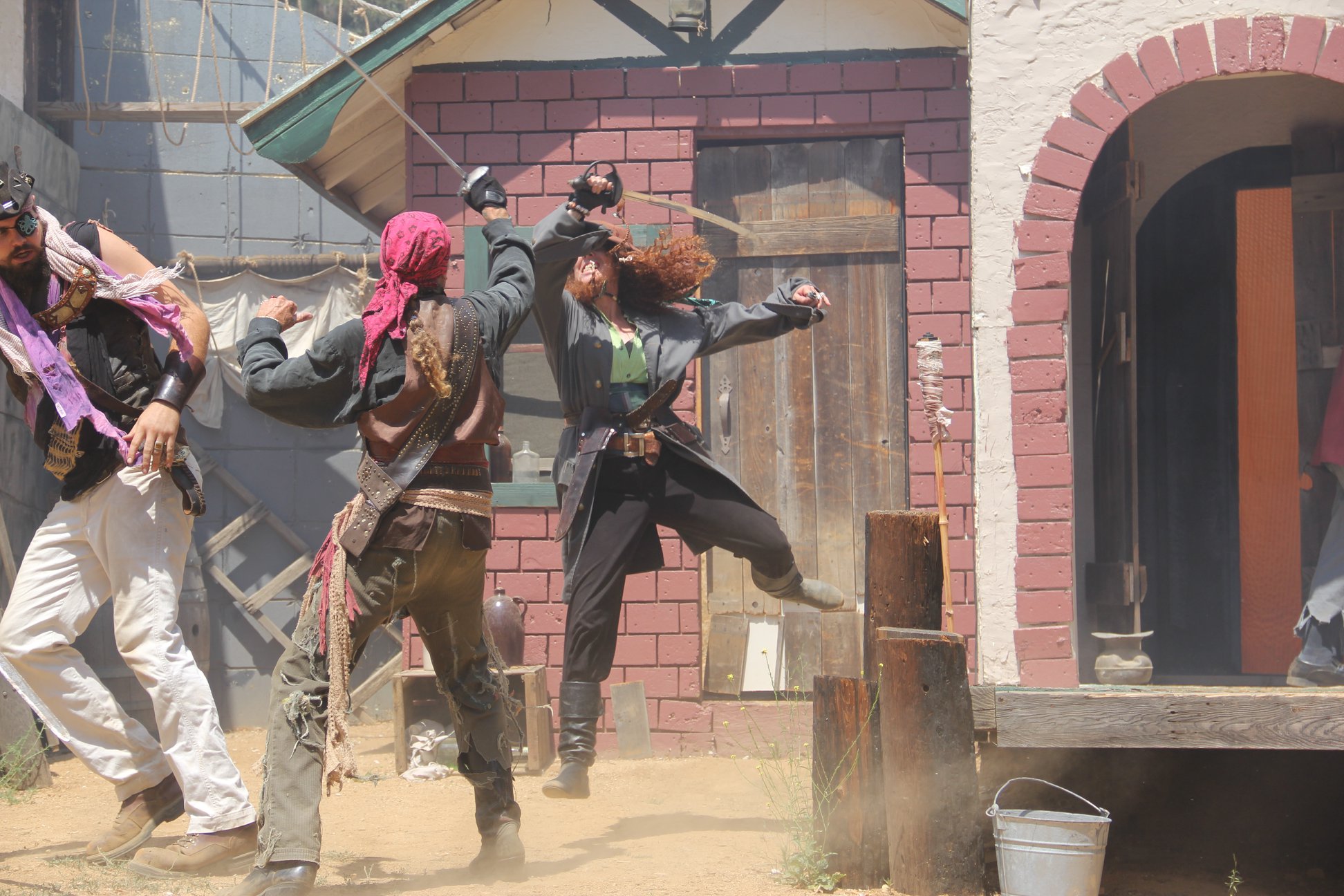 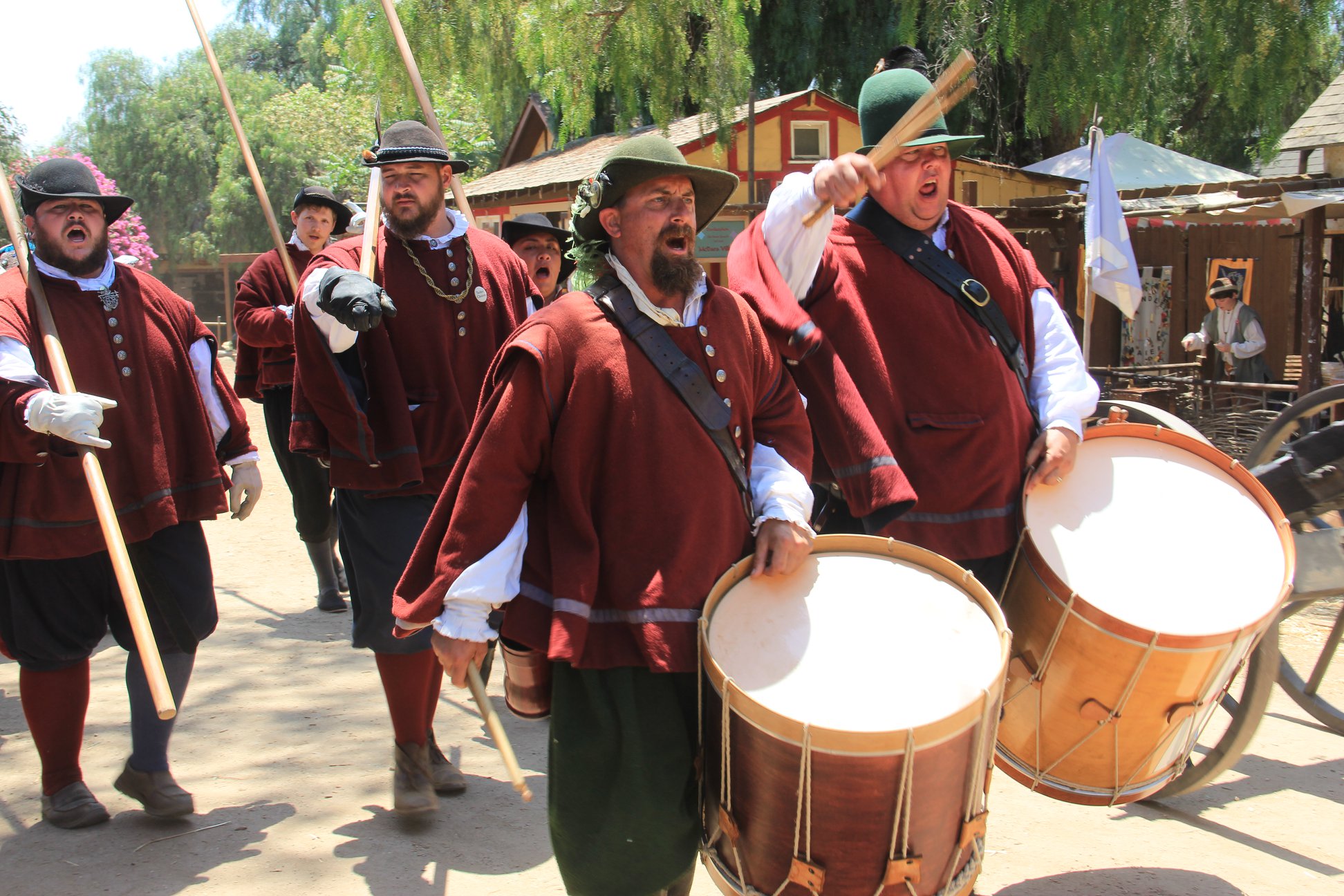 by Sydney Martin
This neighborhood of Bardford is home to the Earl of Waterford (sometimes Countess depending on who is in town and wants the role), and their court of Knights and Ladies. Situated on the river in the Fortress part of Bardford, rather than the town, it houses the jousting arena, the court, and the other half of the battle show with the pirates. They also border Crossroads.

This neighborhood of Bardford is home to the witches and wizards, the magical creatures who are not Fae, and the rare half-demons of Bardford. Be wary in your dealings here, for all is not what it seems. This neighborhood shares a common border with Knife's Edge and Briar Glenn, but none of the charms of either. 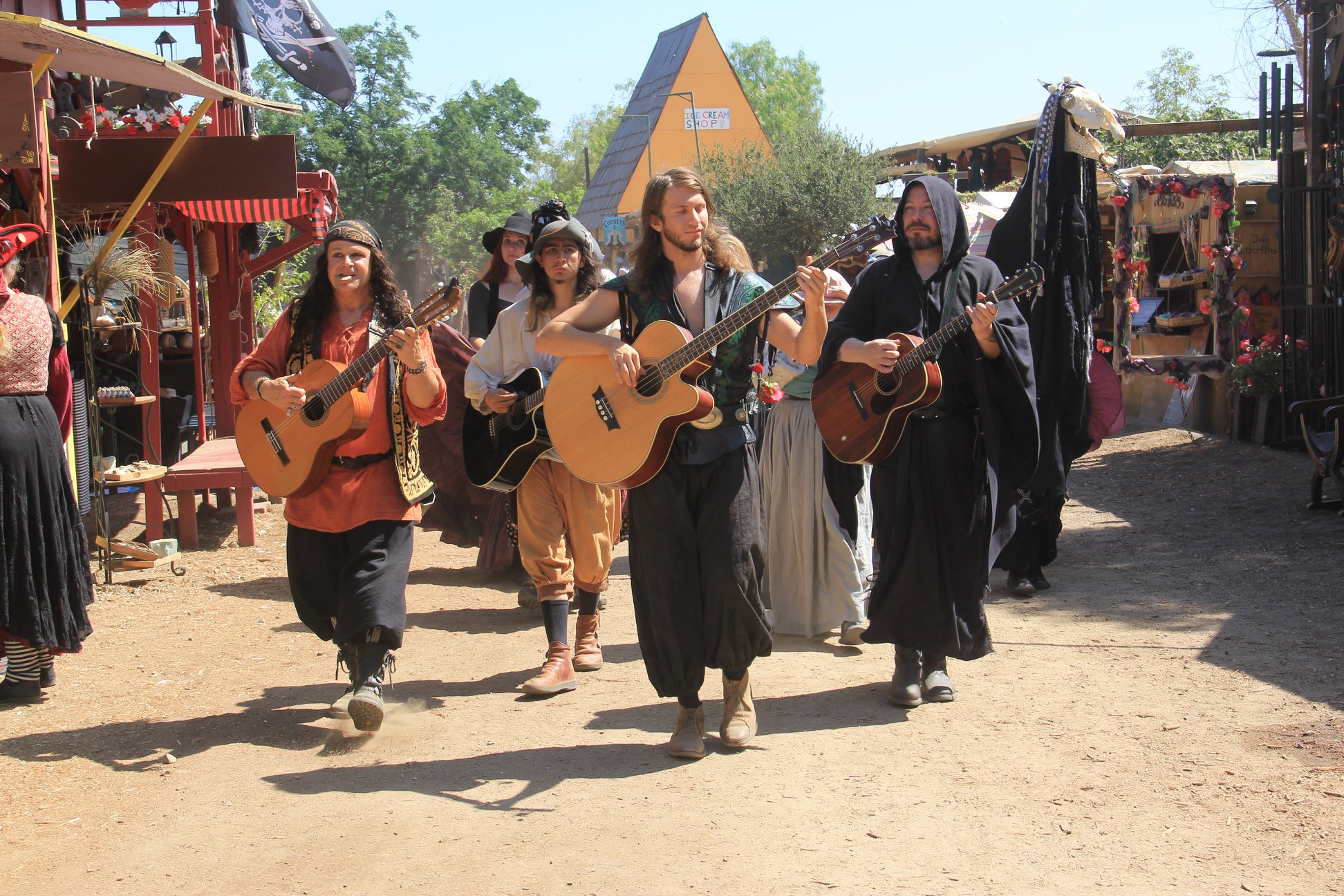 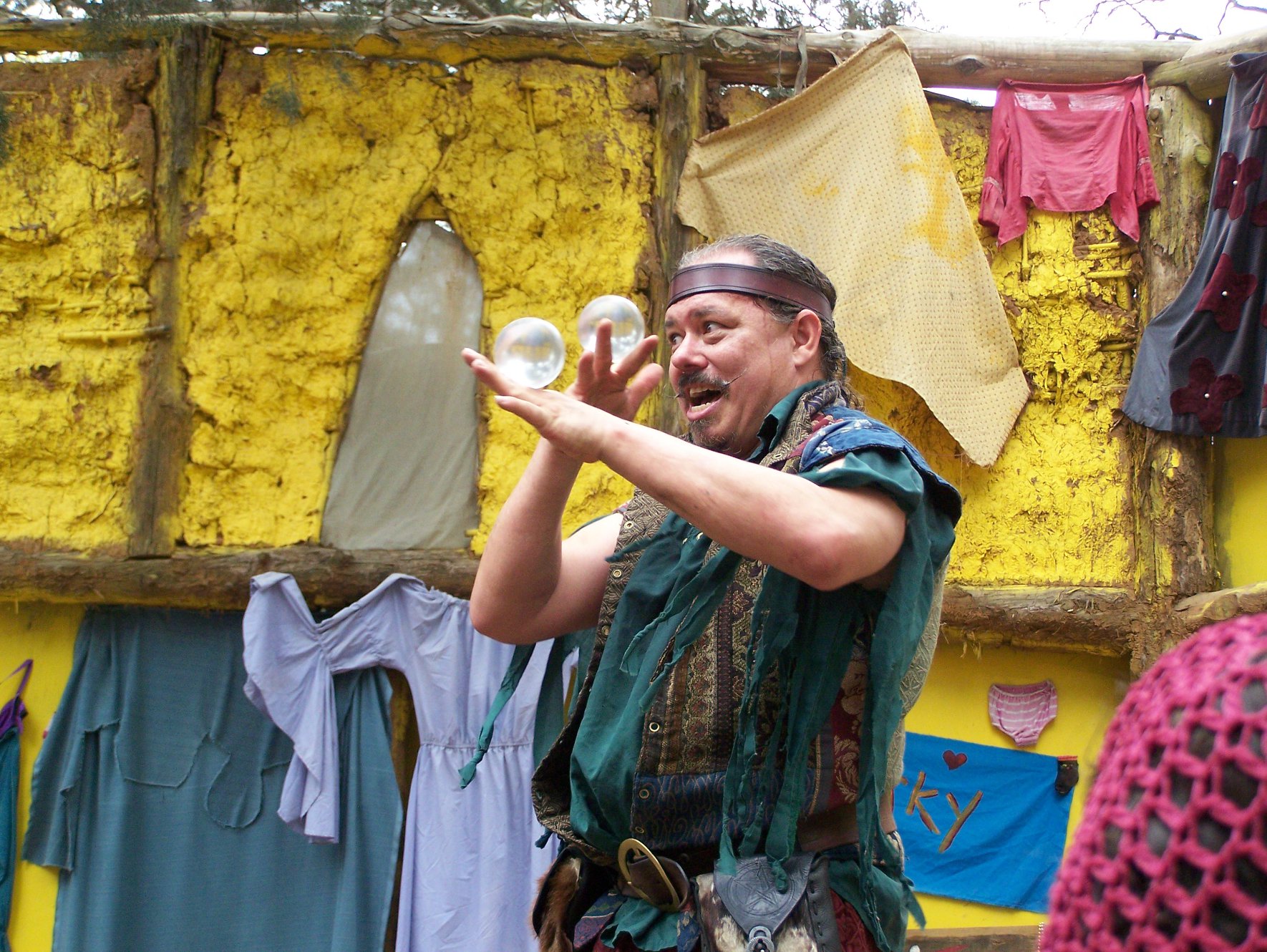 by Cassie Gonzales
The literal center of Bardford, this is the main stage for entertainment. Although each neighborhood has it's own stage, this one garners the most attention and the best tips. It sits at the crossroads of the four main thoroughfares of the town.

Welcoming to all, Fort Bardford is home to all kinds of humans and non-humans who care to live there.

The other four members of the council are chosen by the denizens of their neighborhoods on a monthly basis.

The main town is actually a fort and could, hypothetically, withstand a seige from the land side. On the waterfront they are more vulnerable.

The main trade of Ford Bardford is tourism. Each resident of Bardford is a merchant, an entertainer, or otherwise involved with the festival.

Each section of Fort Bardford is a guild in itself, denoted as such:

The concept for Fort Bardford was concieved late at night at a renaissance festival in Eastvale, California. Zachariah Glas and Grandmother Riku were having a late night drinking session with a handful of other people when someone voiced their desire to be at the festival all of the time instead of the scant six weeks the festival ran.

"It will never work, Riku."

"Nonsense! Never say never, Zee. We could build a permanent family and community!"

Although they initially argued over the logistics of starting such a festival, Grandmother Riku and Zachariah Glas had both accumulated enough wealth between them that buying a parcel of land for the festival and building the fort was feasible. Zachariah decided he could afford to take a loss, and Grandmother Riku was game no matter what. They formed the small LLC of Bardford Festival, and set about laying the groundwork.

The original site of the festival was just the fort. Merchants set up pop up tents for a few weeks, staying in RVs on the land near the fort. Most of the first performers, cast members, and merchants only stayed on a temporary basis, but a few people built small houses where their pop tents had been. These were the beginnings of Briar Glenn, Wolfswater, and Crossroads.

As the festival grew, so did the neighborhoods of the town. Eventually, Grandmother Riku saw the need to build a wall around (the quiet successful by this point) festival, rather than the fence that had been there before. She also started some small farms where crops are grown. Although the fort is not self-sustaining, they can get by for weeks sometimes after the harvest.

In recent years, larger families have moved outside the walls of Fort Bardford. They still work in the festival, but in many ways, Fort Bardford is transforming from a place where people work, perform, and live into a village in truest sense.