Today I slept in, I woke up after sunset by a loud storm and ran to the top of the lighthouse while still in pajamas. It took me many times to open the eye, I was still sleepy and the noises from outside scared me constantly. What would happen if one night I wasn't able to open the eye?

As I opened the eye, I started going down the stairs, hoping that I wouldn't hear the storm so much at the house. Half way the stairs I remembered that someone or something was in the house other than me. How could have I went to sleep so calmly last night knowing that?! I stopped going down the stairs, thinking of what should I do. Now that the night has past and I've meet them, I realize I overthought way too much.

Through one of the lighthouse's windows, I saw a body outside. Ignoring all my overthinking, I ran to them and, as I reached them, I saw their head bleeding. I brought them inside the house on a spare bedroom, afar from the tempest, and treated the head as best as I could. Don't remember much about first aid, so I hope my instinct is good enough.

As I waited them to wake up, I saw through the windows how the tempest brought many "gifts": some spacial rocks, broken weapons, devices, and messages in different recording ways. All "gifts" useless, but became even more useless once the storm also took them away. 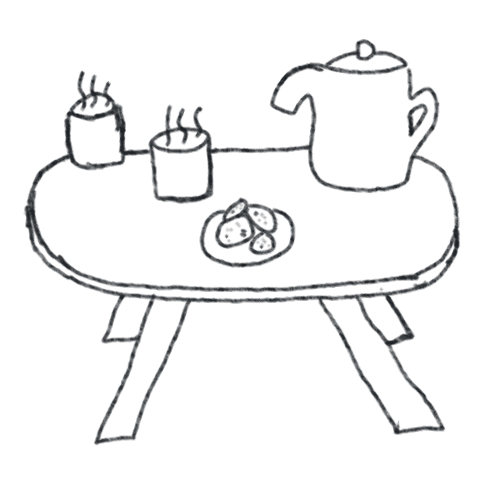 They woke up a couple of hours before sunrise, and as I offered some drinks and food (which was a great idea as they were hungry), we spoke. They are Echo and who was around since yesterday night. They apologized for not presenting themselves before, they weren't aware the the lighthouse had a new keeper. They seem to know quite a lot about this place and mentioned that they tend to stop by during their travels. They have a ship anchored on the underground harbor (which existence I was unaware of) and that they have been staying there, coming to the house for a couple of things. It seems that a rock hit them while going back to the ship.

After talking for a bit, they asked to be left alone to rest a bit, and that they would explain more things afterwards. I left the room and kept looking outside, waiting for the night to pass, and specially for the storm to go away, hoping to know more about this place and hopefully about myself.

"What are you writing over there?" Echo asked.

"Just a diary. It just felt right to do one."

"All keepers seem to like writing a diary. Helps them pass the days and more important, stay sane. I realized I never asked your name, do you have one, keeper? It's fine if you don't remember it, you can always give yourself a new one, after all, being a keeper at the edge of the universe is a new start." Echo saw how the keeper signed the book with a name.

All the writings and drawings are part of my playthrough of The lighthouse at the edge of the universe made by LostWaysClub.