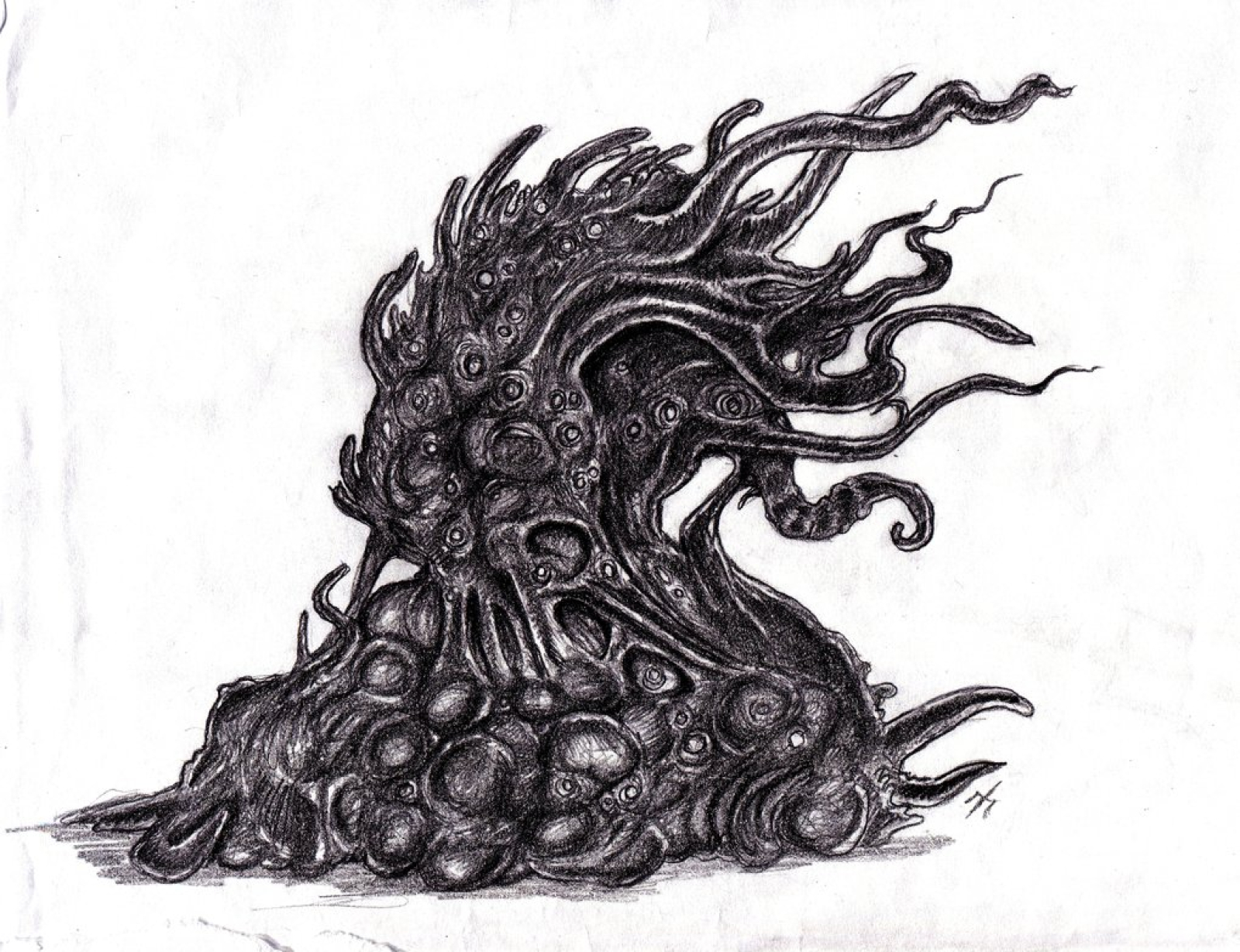 Spoken by its original users, the majority of aberrations, Deep Speech is spoken by manipulating a liquid sac in the throat of the creature and sometimes involves musical fluting from other inner organs. In order to imitate the language, a creature is required to gargle a liquid in certain patterns, which is often uncomfortable. It seems that the language also has a strange reliance on psychic implication, quite often the gurgling and fluting sounds implying the user's intended thoughts to the conversation partner. This makes Deep Speech difficult to learn if you aren't from the Far Realm or have ancestry there. This language is rarely spoken by non-abberations anyway. Very few individuals, apart from warlocks and cultists, would have a reason to learn it.

The rune-like alphabet to Deep Speech is written in such a way that it creates some eldritch psychic symbols that can imply more information to the reader than it is possible to write down. The psychic implications in their texts are common amongst aberrations, quite often because it makes recording their ancient histories and strange magics a far easier task.

Common Phrases
*Several notes of extremely deep gargling* I am displeased with this.
*Musical but stressed fluting* I am in distress, assist me.
*High pitched screeching at the same time as siren-like fluting* The high intelligence or leader is in danger.
*Chaotic gargling for two seconds followed by high, laugh-like musical fluting* An angry insult implying the opponent's weakness.
*Notes of a strained, laughing sounds, followed by playful fluting noises* Alerting the conversation partner of your superiority over them.
*Birthing Device imitations, followed by strained "laughing"* Your Birthing Device or Function must have had a defect.
*Cha'runar, followed by high gurgling* It would seem that you need a mental upgrade.
Common Unisex Names
Almost all abberation names are unisex. Quite often they name themselves after their terms for different cosmic bodies. For example, Vh'aru (Jessamine's Star).