Experience the cold embrace of death— without dying for good!

Ever wondered what it would feel like to die? Ever think about what happens after you pass through the veil? Maybe you simply can't sleep? Worry no more! Here, at Beyond Park, all your questions will be answered!*
*We do not guarantee that any post-death experiences are, in fact, reality. Neither Beyond Park nor its staff are responsible for any religious beliefs founded or shattered by your experiences. Please keep your potential newfound zealotry to yourself, to avoid scaring other guests.

Here in Beyond Park— you can never truly die!* We are built atop magical grounds that, once, were the burial site of a forgotten race that we now know as "molemen."** 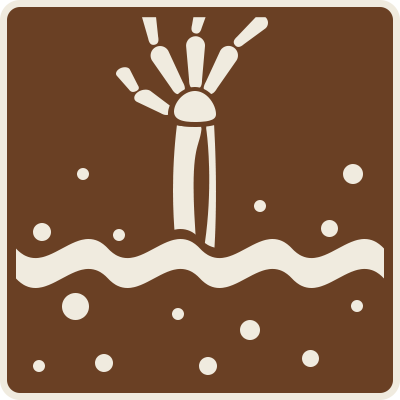 Our guests have a wide variety of experiences in their temporary deaths, some are even life-changing! But don't take it from us, read these absolutely real testimonials from our guests!

"I saw my dead grandmother, and was able to apologize for not being there for her. Definitely did not see mole-god!"
"When I died it was like falling into the ocean, but peacefully. I could see everyone I had ever known— it was beautiful, unlike the mole-god I absolutely did not see."
"It was so sudden— one moment I was standing in front of a comically large cannon, and the next— I was in a field where each blade of grass was a memory. None of these memories had mole-god in them."

Just woke up to find "molemenarenotreal.exe" on my desktop alongside a photo of my husband taken from outside the window. Anyway, I'm thinking about coding a molemen game for the gift shop now.
— Ekaj Folks, APRA Technical Lead


You'll find your death north of Reading, England! Make sure to keep an eye out for Plaguey Rd.     Death never sleeps, and neither do we!   Open from:   Sun-Sat: 12AM-11:59PM   Even in the event of a major storm, earthquake, or other disaster— we remain open, as guests cannot permanently die on the premises! 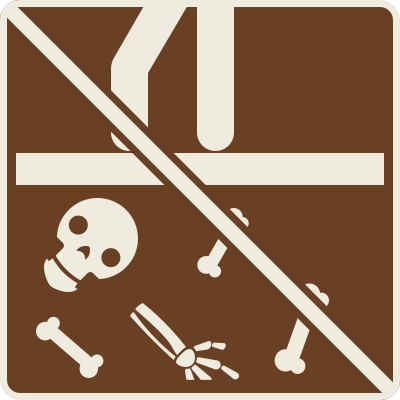 A Million Ways to Die

Any injuries sustained during your stay will magically disappear upon your consciousness' return, allowing us to offer guests a wide variety of ways to experience death! Come visit our Combustion Cave— filled with various explosives, firearms, and fire! Didn't make the cut for a new job? Take a load off at the Hive of Knives! Here you can become a cut above the rest, with a wide variety of knives, swords, spinning blades, and other sharp objects to choose from! 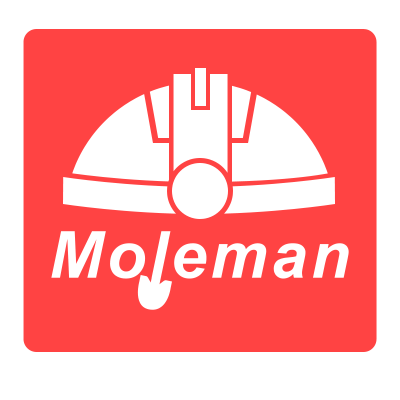 Perhaps you'd like a more traditional way out? We've got you covered, in Suicide Central! Here you can find all the classics, bathtubs and toasters, a mock office building with easy-shatter windows, private rooms with nooses and letter-writing implements (Your secrets are safe with us, we burn the letters after you pass!), and an entire buffet of pills to choose from! For some extra fun, check out our popular Death Games! Run from a crazed murderer in our Murder Maze! Compete against your friends in a real-life gunfight! Try to complete our obstacle course built over a spike pit! At Beyond Park, your death is your choice!
Looking for supplies before your venture into the beyond?
Moleman Co. has a wide variety of camping and survival gear to aid your journey, including unique Beyond Park branded backpacks, boots, and knives!

Please make sure to keep identifying information or objects on your person, and that they don't fall out or get destroyed during your death. We provide our guests with small steel boxes for this purpose, otherwise you may find yourself waking up in the wrong body. If you meet a kindly old man beyond the pale, and he asks to shake hands— do not accept— he will steal your body, and we will have to kill him again to get you back in. He has learned from guests over the years about how society operates today so we ask all guests upon returning to life a series of questions only they would know— these questions and their answers must be filled out upon entry, for your safety.

Our many cameras will take a candid photo of your final moment, which you can purchase alongside a selection of frames sold in our gift shop!*   *All photos are watermarked so that they cannot be used to fake your death.

Number of Incidents: 16 (Technically a very large bodycount beyond that.)
Threat Level: Rust
It's insane that I need to distinguish between temporary and permanent deaths for incidents, but here we are. The permanent bodycount seems to grow every few months here, and there has been little to no improvement seen in these numbers. Beyond that, it seems increasingly obvious that the molemen— sorry, the non-mole-folk at Moleman Co., are only sponsoring this venture which is completely detached from any of their actual products as a means through which to spread the teachings of their mole-god. Considering the nature of mole-god we are sitting on a ticking time bomb as more and more guests witness and hear their teachings. Please see the logs below for further context.   Incident & Experiment Logs for A-43
Experiment #43-1
Date: 04/02/2015
Head researcher: Bryans, Jamie
Subject: Jim? Joe? Forgot his name.
Description: Subject was given a knife and told to cut their carotid artery, after an hour of reassuring them of their safety, they did so— falling dead shortly thereafter.
Result: Subject came to an hour later, and the wound quickly sealed itself shut. Blood samples taken seemed to dissipate. Subject begged to go back in, that they had to ███ ███ ███ ██ ███████ ████, ██ ███ ████ ████████.
Notes: Perhaps focus on less spiritually-inclined subjects going forward.
Experiment #43-5
Date: 05/28/2015
Head researcher: Bryans, Jamie
Subject: Subject A: a mother, Subject B: her daughter
Description: Subjects A and B were found to hold deep-seated hatred for one another, and were offered a way to settle their long-standing feud. Each was given a simple firearm, and told to fire at will.
Result: After missing their first few shots, both were dead within 10 minutes, with various injuries including ruptured lungs and shattered skulls. After an hour they woke, and their wounds miraculously healed within seconds. Before personnel could enter the room they shot one another again. This repeated 5 times before they finally ran out of ammo.
Notes: No mention of the mole-god, both subjects were more concerned with their feud.
Experiment #43-16
Date: 07/05/2015
Head researcher: Bryans, Jamie
Subject: A world-renowned atheist author, speaker, and political activist
Description: Subject was told to leap from the mock-office window. After being shown another subject's miraculous survival, subject stated that they'd "find your trick" and leaped without hesitation. Subject's body was then locked in a lead-lined box for three days.
Result: Upon opening the box, the Subject came back to life, their injuries healed, and began ranting about "the deepest one." Subject immediately began yelling for dirt, and ran outside to begin digging a hole furiously with their hands. Subject never returned home, running into the woods to prepare ███ ██ ███████.
Notes: Prolonged exposure to whatever being lies on the other side seems to break even the strongest of skeptics, is this safe?
Incident #43-10
Date: 01/12/2019
Location: Hive of Knives
Anomaly involved: Spirit continuously attempting to steal bodies, referred to as A-43-1
Civilians involved: Man 1 and family
Video log
-Man 1 is seen entering the Hive of Knives with his family, all are excited.   -He spends a significant amount of time making his selection before juggling a total of 15 knives.   -One finally catches his throat, killing him.   -His family proceed to the nearest resurrection point and wait for him eagerly.   -Upon return, he seems normal, and answers the provided questions correctly except for one, but passes the test considering its unimportant nature.   -He seems almost too eager to leave, but this is not seen as abnormal, and the group leave without issue.   —End Log—   Note: The park was called a month later by his family, stating that Man 1 had run away, having completely changed as soon as they returned home. Personnel continue to search for the man, it is believed that A-43-1 stole Man 1's body and ran before we could catch on. Multiple guests have reported seeing Man 1 while dead since the incident, further lending credence to this theory.     Incident #43-16
Date: 03/12/2020
Location: Suicide Central
Civilians involved: Woman 1
Woman 1 jumped from the office building at Suicide Central, as normal. After an hour passed, nothing happened. She never returned.   Note: Her family has been adequately compensated but the media backlash has continued since.

It is in my opinion that this attraction be shut down by the end of the year. Profit has diminished over the years and the number of incidents only continues to accumulate. Not to mention, the potential large-scale threat that mole-god could present if allowed to spread their teachings further.
— Bwanbale ███, Viability Reviewer

Unique concept. The continuous joke of the Mole-god is a nice touch of humor to what is a very intriguing, yet terrifying, addition to your world. The CSS and art style is equally as stunning with all of the different boxes that you use, along with the map, to create a very inventive style.

Thank you! Be careful what you say though, mole-god is watching.

I just LOVE this. The CSS style of a "generic Park" look and feel has this emotional tone that is just .. delightfully creepy! It conveys this chipper message with a quiet minor chord of music in the background. Like watching Wednesday Addams smile at the audience in an Addams Family movie or tv show.

Thanks! That exactly the style I was trying to go for with the CSS so I'm glad it works!

I think you've found gold with this setting.

Thank you! It's a lot of fun to even just come up with ideas for, I'm hoping the other articles on the list will be as enjoyable as the 4 so far have been!

once again, you managed to create an awesome setting. love the css and layout here. Im also loving the careful balance of humor with the horrific. This is a deeply disturbing concept and i fidn myself laughing alot. Excellent choice approaching it like a tour guide or informational page, even posting the testimonials, which I found hilarious. Excellent work. A question, how did you do that amazing map? was it your own or did you use a particular set of tools for it? its amazing work.

Thank you for the kind words, yet again!   I made the map myself in Photoshop, looked at a bunch of different maps for real parks to get a feel for it , took some of those design elements and leaned on the simpler side to save time and my hands.

well, a job well done! You handled it well. no problem at all! till next time!