Characterized by their lithe bodies, feathered crests, and large wings, Caddocs are seen as the embodiment of grace and agility, while their long hooked claws, rippling muscles, and massive canines speak of their strength and tenacity. Cunning and powerful, even small ones can be deadly if provoked, earning them the spot of Klaos' coat of arms.   The larger subspecies can mostly be found in the taiga regions and savannas, and couple reside in the larger tropical rainforest; the smaller subspecies tending to be more wide spread and varied, at least one subspecies can be found in most regions of Asira. Some subspecies are endangered or threatened, and a few of the larger ones are believed to be extinct as there have been no confirmed sightings of them in decades. Caddocs are a protected species of Asira, it's illegal to hunt and/or kill Caddocs, and the breeding of them is highly restricted requiring a license and approval of all mating pairs before broods are allowed to be produced.   Despite Asira's best efforts poaching of threatened and endangered subspecies remains a dangerous threat to wild populations of Caddocs, and illegal breeding programs continue to crop up. Producing 'exotic' or 'rare' subspecies that are sold for astronomical prices on the black market.

Whether large or small all Caddocs share the same basic anatomy, with their long agile feline bodies, large feathered wings, and crests that adorn their heads and tails. They have long hooked talons on each paw, and sharp canines to accompany an impressive bite strength; it's a well known fact that a Caddoc doesn't let go once they've bitten down.   A flight bladder located right behind their diaphragm is filled with gases that are produced by their stomach during digestion to help increase buoyancy. Along with hollow bones and extra large lunges to reduce weight and aid flight, Caddocs also possess wind type cores that allow them to generate lift under their wings and manipulate wind currents.

Caddocs are a semi-social nocturnal species and will often be found nesting and traveling in large flocks, and hunting in small groups or alone. They spend the hottest parts of the day lounging in groups, napping and grooming themselves and each other. They spend the majority of their day asleep, conserving energy for hunting during the night. Some Caddocs prefer a solitary life, only enjoying the company of others when they set out to find a mate.   A variety of subspecies migrate during the winter months, traveling as far as the southern coasts of the Westervelt kingdom where they enjoy the longer days and warm weather. It is here that they find their mates before heading north in the spring to make their nests and raise their young. Caddocs are also natural swimmers, using their long tails and wings to help them float and maneuver through the water. Getting them into the water is another thing altogether, most subspecies avoiding getting wet unless absolutely necessary.

As obligate carnivores who can only consume meat and the presence of their flight bladder they have a much shorter digestive track which inables them to digest plant matter. They eat small meals throughout the day consisting of fish, birds, herd animals, and small mammals, consuming too much at once can weigh them down making it harder to fly.

Considered to be one of the most intelligent non-sapient species on Asira, they are capable of understanding complex commands and speech patterns. Capable of recognizing syntax and using deductive reasoning has made them a popular option as both a working animal and a companion. They also exhibit vast amounts of loyalty, listening only to those they see as their owner and being extremely selective as to who they allow to ride them. Caddocs will defend their owners with their lives, lashing out at any perceived threats or dangers.

Domesticated Caddocs require just as much space to roam and exercise as their wild counterparts, open access to the skies and the freedom to come and go as they please as well as the companionship of other Caddocs is integral to their health. Many owners opt to house them in their local nesting towers, tall structures usually found at the highest point in a town or city and filled with large interconnected rooms built around a center staircase and open to the outside. Large platforms are often attached to the outside of each room to make landing easier, many of them doubling as doors that can be closed during inclement weather.
Large or small the Caddoc is a versatile creature, their high intelligence and keen senses making them suitable for a variety of jobs such as tracking and hunting, and guarding valuables and property. Big Caddocs pose a major threat and obstacle to any trespasser on guarded land or in large rooms, while smaller Caddocs have great maneuverability in areas like hallways and cramped storage spaces. While the bigger subspecies can be used as mounts, the smaller ones have been used as messengers and some have even been trained to deliver small packages. However, big or small, the most common reason for owning a Caddoc these days is purely for companionship.

There are many debates among owners of smaller Caddocs as to whether or not it is ethical to have their companions declawed and/or their wings clipped. Those who live in urban areas have been known to declaw and clip their Caddocs in an effort to prevent them from tearing up furniture and flying through their homes and knocking things over and breaking them. Those against it cite studies that show declawing a Caddoc can lead to various health problems such as chronic pain do to nerve damage, and back and paw pain caused by their paws resting on the ground differently, infections, tissue death, lameness, and an increase in biting. Clipping their wings has been shown to lead to a higher occurrence of obesity in Caddocs and even personality changes, behavioral problems rising due to the stress of being unable to fly.
These procedures are becoming more unpopular as time progresses, many cities and kingdoms outright banning them and groups forming to promote alternatives such as regular trimmings and claw caps, and training Caddocs to stay grounded while indoors or certain rooms, and allowing them ample time outside to fly and release their excess energy.

Mention Caddocs and the first thing that comes to many minds is the Royal Flight, the largest and most well known group of Caddocs owned by a single group and the pride of the Klaos royal family. Having served them for generations the large animals are well trained as guards and soldiers by the Cadas'nehr, an elite guard responsible for maintaining them in exchange for using them as mounts. The matriarch of the flight is an ancient Caddoc nearing five hundred standard years old, she remains the largest and strongest of them despite having retired from active duty over a hundred years ago and is one of the oldest known Caddocs alive.

Caddocs enter their breeding season during the fall and early winter, it's during this time that the older juveniles of a handful of subspecies will set out to find a lifelong mate, some will find theirs early on while others will not mate until much later in life. The majority of species will mate for only one season, choosing their mate based off speed, size, strength, and agility. Females will engage potential mates in an acrobatic game of chase, challenging them to catch them while preforming complex maneuvers and taking them through hard to navigate areas.
Those rearing young are known to build nests higher up then the rest of their flock making them more easily defended, therefor Caddocs that are being bred are moved to the highest floors of their nesting towers. Their gestational period lasts about four months and early to mid spring is when the mother gives birth to a brood of one to six nestlings. During this time the male brings food to the mother, supplying them with ample amounts of meat. Once the nestlings are weaned after three to four months the mother starts to switch with the father, leaving them to watch the brood while they hunt.
During the mating season the male can be extremely aggressive and attempting to approach his mate or his brood while he is nearby is highly unrecommended. After rearing multiple litters some males calm down enough to let their owners near their young and a few will even let them handle them, however this is dangerous as even the smallest transgression can end in serious wounds and even death.
The females tend to be less aggressive then the males after their first successful mating season, the majority of them letting their owners and even a trusted few near their broods. The male leaves the mother to care for the juveniles on her own after the first two or three years, the nestlings staying with their mother until they reach five years of age. In the wild this is when they become independent and sometimes leave their parent flock for a new one, this is the earliest recommended time for separating domesticated broods and selling them or moving them to a separate nest in their tower. 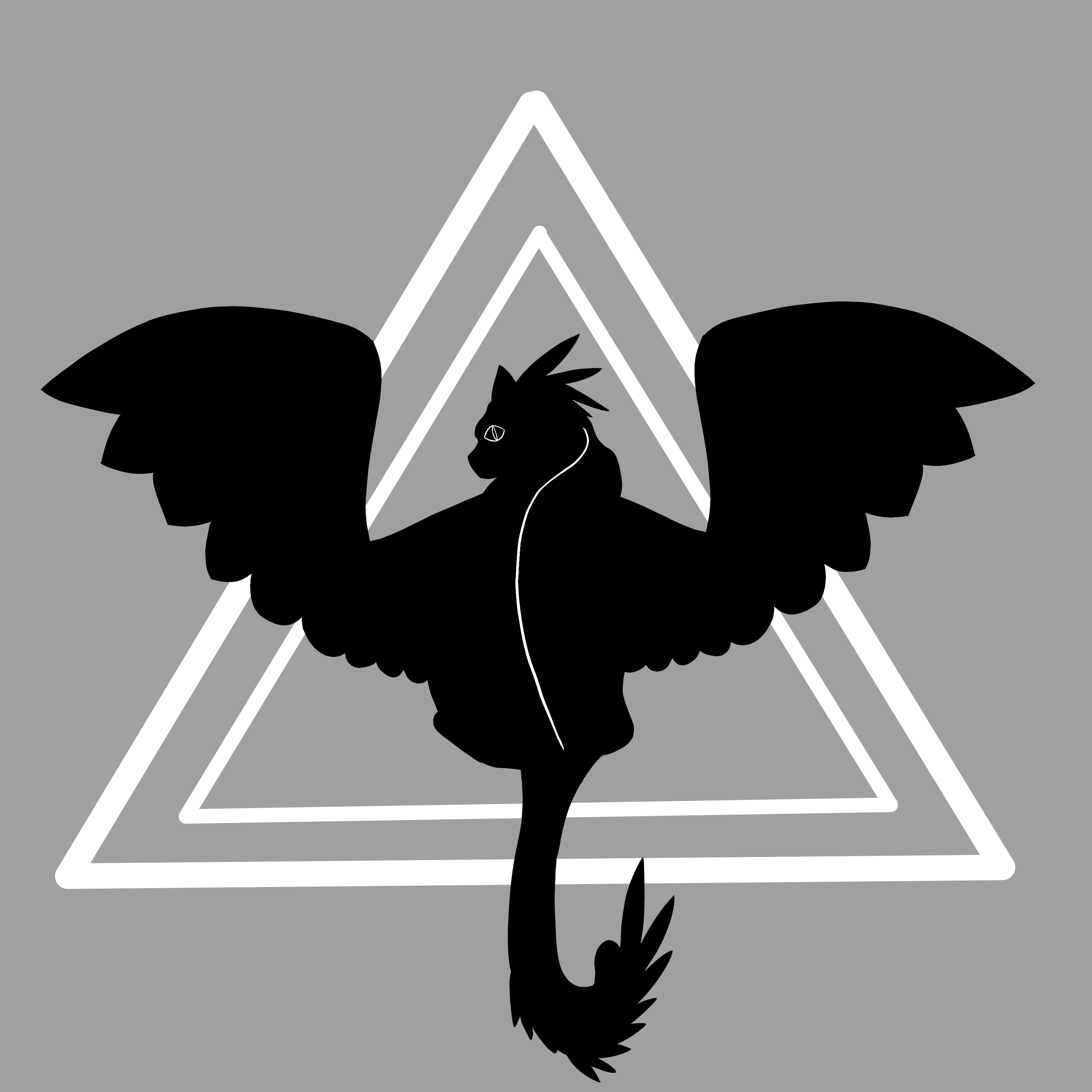