Yaldin is the god of water, air, and the sea in the Pantheon of the Twelve-Gods. He met with Rondra in 9866 b. BF and assisted him on his monster hunt adventures. He was added to the pantheon in 8815 b. BF by King Pritor.

Yaldin usually is depicted as an elder male human. He often is underwater on pictures and wields his trident. It is said, that Yaldin probably was larger than an average human and measured up to 2 meters. Sometimes tritons claim Yaldin to be a Triton as well and in most of their water temples, Yaldin is depicted with fin-like feet. His most common character traits are power, wisdom, and balance.

The exact date of Yaldin's birth is unknown. However, it is said, that he was much older than Rondra when the two of them met. Before he met with Rondra, Yaldin dedicated himself to extensive studies about the sea and the sky. He settled in the Mitractulum because he thought that these islands would be the perfect place to combine his two fields of study. In 9866 b. BF, he met Rondra at the end of the latter's journeys for power. Yaldin joined Rondra and together they sailed to the chaotic lands of Ephea. For the next 17 years, both of them hunted monsters all over Alendia, helping and protecting innocent creatures from them. Despite his warnings, Rondra got hurt in 9849 b. BF and needed to recover. Yaldin returned to the Mitractulum and continued his study, staying in contact with Rondra via letters and messages. After his recovery, Rondra continued his hunts without him and instead chose a close friend of Yaldin, namely Aedan Cáel as his companion. In 9826 b. BF, Aedan died on the last monster hunt and the contact between Yaldin and Rondra therefore almost ended. When Rondra created the humans in 9819 b. BF, Yaldin distanced further and further from him.
In 9807 b. BF, a legendary monster, the Mitractulum-Kraken attacked the coasts of the Mitractulum. Yaldin and other warriors fought the beast for many years until he eventually called Rondra for help. Rondra answered and arrived in the Mitractulum in 9805 b. BF with a big number of humans to fight the Kraken and eventually killed it. However, Yaldin did not want to approve of the humans, fearing their potential power and aggression. Yaldin remained in the Mitractulum for the rest of his life, trying to find a way to control the sea and the sky.

Yaldin is a so-called Temple God, which means there is no church dedicated to him but his worshippers often gather around temples for prayers. Yaldin's temples are generally inspired by the underwater temples of the tritons, worshipping multiple different gods of the sea, are often found near the coast or on islands, and serve as a place for adventurers, travelers, fishermen, and seafarers to pray and serve the sea and air patron. Compared to the other Twelve-Gods, Yaldin has a strong influence among tritons, which usually maintain his underwater temples. 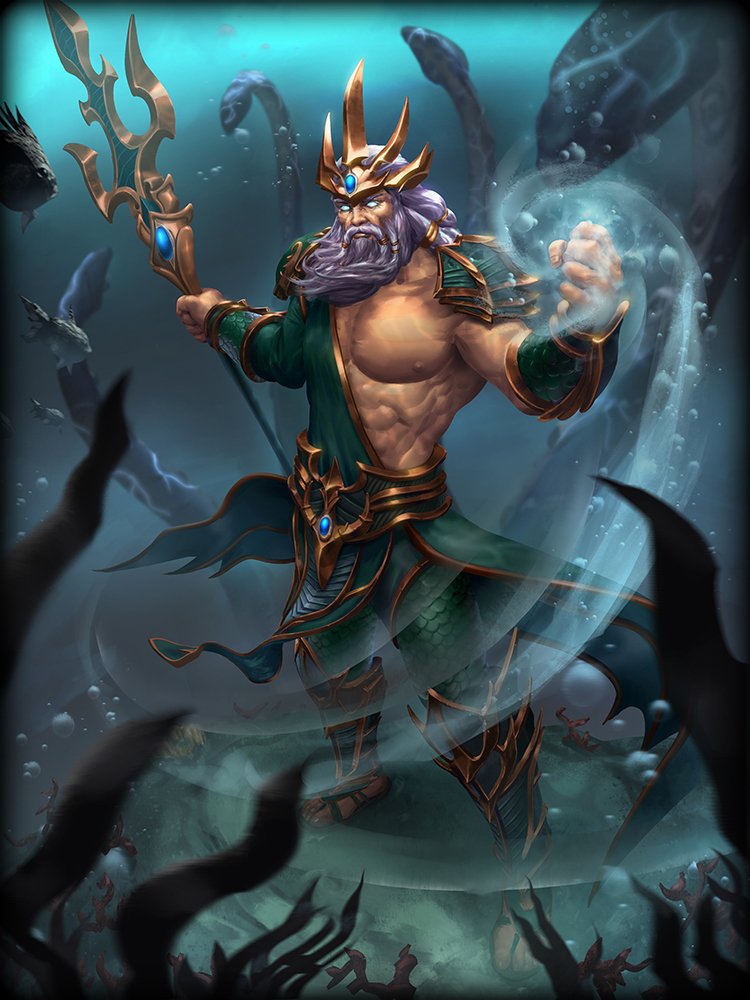