Trace seasonings, often called trace spices, metallic seasonings, and sometimes known as metallic salts or trace salts, are used in culinary cooking to change and amplify the taste qualities of metal in vabuian cuisine as well as add other trace elements to a meal. These kind of seasonings would be considered toxic and dangerous to anyone not from Vabu, as the physiology of creatures on Vabu support the higher metal intake and are heartier overall.   These seasonings are produced in a variety of ways, but the bulk of the production is a result of the metal byproducts of the metallurgy, forging, and pharmaceutical industries. The more high-quality forms of these seasons are made or refined in dedicated facilities of ranging standards and production methods. Often the most common kind of traces are ash, aluminum, iron, mercury, and gold.

The invention of trace seasoning starts with the gift of knowledge of cooking from Thoth. When the universe was made, Thoth gave knowledge to the vabuian people of cooking, as well as the power of salt. However lacking in this knowledge was the experience of salt, the taste, and it's effect on dishes the vabuians would make. When salt was isolated and experimented with and eventually utilized in more than just the simple act of preserving, early ster botanists and culinary scholars sought out other potential ingredients.   It wasn't until the age of the Purester Reformation when people began to discover the trace metals in their favorite main ingredients. It was an accident of Layra Manaweaver when she spilled golden stew on her workstation, and discovered it had similar magical conductive properties as gold itself. From this, a theory was purposed that some of the magical properties could give insight into the physical elemental properties of complex items such as food.   This knowledge came to a chef and culinary scientist named Eva Orangaian, who used this theory to explain the mysterious trace taste effect in cuisine, where certain foods seemed to correspond in preference and perceived quality depending on the color of hair and eyes of those eating them. The color in hairs and eyes must be derived from these chemical elements in the food, which drives their desire to maintain their color. Eva used this insight to start experimenting with and eventually selling seasonings mixed with these trace amounts of chemical elements to the delight of people all around the world.   It wasn't long until the actual metals and other elements were separated from the pre-made seasonings and sold in it's purest form. From there the practice of making and using these trace seasonings in dishes the world over for thousands of years.

The invention of these kinds of seasonings have had a profound impact on vabuian cuisine, evolving from what would be standard earth-like food and practices into a whole other kind of cooking. Dishes now can cater to specific taste needs of different colors and even to the overall ability to taste and distinguish metal and other inorganic compounds in a diet. The consequence of this is that those who have a sensitivity or an allergy to varying kinds of trace seasonings are hard pressed to find dishes they can eat and places willing to cater to their dietary needs. In fact, it wasn't until the arrival of offworlders such as Romana Lofton that change began to spur to have these needs met. 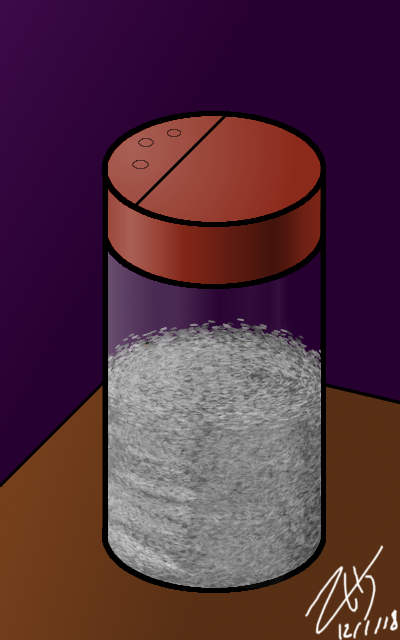 Manufacturing Process
Unwanted metal made from manufacturing, forging, and refining processes (mostly in the form of filings), can be sold to be used in low-grade trace spices. This includes processes such as sharpening and lathing.   Often, metal either from recycling centers or from other secondary markets come into factories designated to break down, shred, and sort metal magnetically and otherwise. This is done with specialized vabuianite tools alloyed with corium to make them virtually indestructible, withstand the process, and stop any metal from the tool getting into the spice. It is then sold as is in a container or combined with other organic and inorganic flavors to make a combined, premade flavor.
Food

I love it! Unique, absolutely fascinating and highly creative. The art adds a nice touch, as well :D And I love the little bit of trivia at the bottom. It really is a great way to get a peek behind the scenes at the creative process and what inspires elements of your world. Keep up the good work !!! 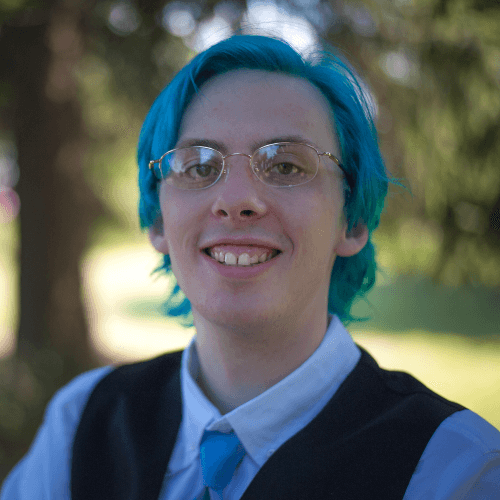 Thank you! I'm absolutely honored you liked my article this much! It started out as just a silly little idea and I've really loved what it has become. I hope I can include more trivia in articles in the future, I am really happy that people like it so much. It's lovely comments like yours that help keep me wanting to further develop this world and keep worldbuilding. <3

I'm glad I could be a driving inspiration <3

This is such an amazing idea! I love it, and I definitely need to keep up with your world if there's more ideas like this.   It's also very well-written and highly entertaining. Really a great article!

Thank you! :D I really appreciate your comment and I am glad my humor is coming across to others, writing with only the same few people in your life to read your work can be really isolating, and made me start to doubt if anything was actually working. I hope I do not disappoint with future articles. ^_^