At only seventeen years old, Syndri is young but wise. Refusing to fight unless absolutely necessary and refraining from hunting at all, Havardir's youngest son is seen by many as weak. Because of this, Syndri is highly disappointed in himself for not becoming what his father desired of him to be-- though he tries, he is unable to change. The lad enjoys cooking and studying plant and animal life. He also likes gardening and music. He is known to be scared and timid, but he will quickly inform you that he is only "overly cautious".

Syndri enjoyed quiet activities and collecting strange and unusual rocks and plants. When his brother Magnar and his father Havardir would traverse on hunting expeditions, Syndri would always stay back at home because he didn’t like the idea of killing anything. While his brother had a short temper, Syndri would rather not cause a scene. He preferred walking away than dueling. He was more quiet and shy. He would speak up when he felt like it, and he would usually be saying something very wise. Syndri would usually only sneak and do something when he felt in his heart it was the right thing to do. Syndri often saw himself as soft and looked up to his brother. He one day wanted to be more strong and powerful like that, but he knew deep down that it wasn’t his destiny. He wasn’t at all jealous of Magnar, but he was really dependant on him. He felt a deep connection to him and liked to follow him around. He didn’t really want to go anywhere without him.

Since they were young, they were very different from each other, but they loved each other nevertheless. Their varying traits inadvertently influenced and partially shaped the personalities of the other, although this sometimes went unsaid. Magnar's bravery and boldness rubbed off on Syndri a little, and Syndri's kindness and compassion rubbed off on Magnar a little.

The two most often refer to each other as brother or bub. Magnar and many others call Syndri "Lad" or "The Lad" almost as if it is his title. 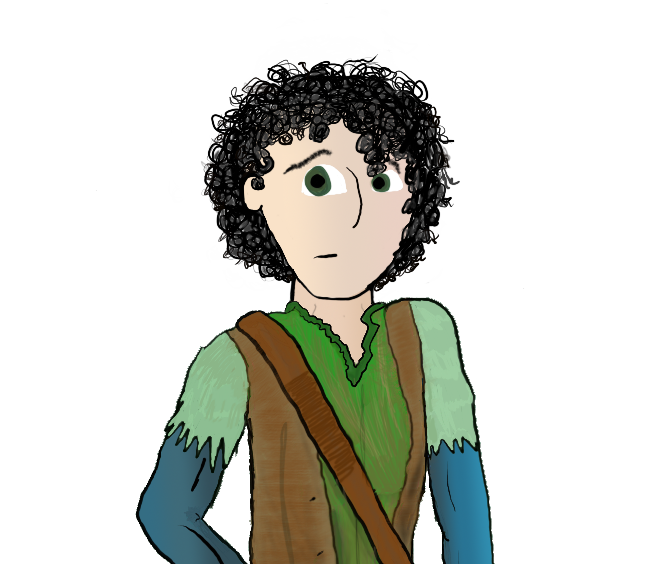