Silfr are a carnivorous fay species that reside primarily in deep, broadleaf forests in places they call glades. They have only one biological sex and look strikingly similar to vindral females, aside from some physical differences. A silfr has pale, green skin and their eyes and hair are the color of autumn leaves. Their teeth are sharp and their canines are fangs with which to tear into flesh, like wolves or other predators.

"Silfr" is an Ósleiðr derivation of a word from the fay language, Atlága Vekja, and can be roughly translated as "dryad", "sylph" or "forest spirit".

The silfr are one of the most known species of fay among the Kykr, as the silfr are a predatory, carnivorous species that prey upon other species with their primary food source being the kykr. They have become successful in hunting kykr as they can appear to look like the vindral and with the help of their magic they can hide any telltale signs of their fay origins as well as further hex their prey to ignore any suspicion they may have. Warnings and alarming children's tales only get you so far. Once under the allure of the silfr's snare, your reasoning is all but lost.

Silfr hunt kykr through any means necessary, including outright violence, but will often try to lure the victim into the forest first through a combination of either female allure or childlike innocence. They possess a natural beauty, amplified by fay magic, allowing them to snare even victims who are only after traditionally male mates. Silfr are well versed in acting in a way that will lure a Kykr into the forest, be it by pretending to be an attractive partner, a lost child or sometimes even a relative. With the help of their magic they can tune their appearance and behaviour to appeal to any prey.

Strangely, considering their ravenous nature, silfr are the one species most responsible for the fay-blooded among the kykr population. It happens, on occasion, that a hunting silfr will feel a strong affection or attraction to their prey and spare their life. Perhaps due to the silfr experiencing the same kind of estrous cycle as the vindral, making them go into "heat" a couple of times a year.

Most often this ends with the Kykr being slain regardless, even if they reciprocate the silfr's affection. However, It's not uncommon for for the attraction to be mutual, given the silfr's objective attractiveness in the eyes of other species. A silfr in heat is much like a vindral in heat. Their predatory nature is suppressed by a more warm and friendly attitude, further making them more attractive and less terrifying. The offspring from this union will most often be another silfr thanks to their dominant genes, but in rare cases, a kykr hybrid is born.

With the fay not being part of the same bond that bound the sifir species to not produce mixed offspring, the children of such a union will inevitably become a silfr-kykr hybrid, usually taking on significant traits from both parents, including the ability to wield fay magic, better known as witchcraft. The silfr hybrids are the most common form of fay-blooded in the world. While the vast majority of hybrids are indistinguishable from pure silfr and are regarded as silfr alone, the are cases where the kykr traits shine through and a true fay-blood is born.

Sometimes the romantic meeting between the silfr and Kykr does not lead to a lasting relationship, and the silfr returns to her own. Any hybrid displaying strong kykr traits born among the silfr is thrown out as a potential enemy, usually left to die at the edge of the forest. A mother who shares a strong bond with the child may take it to a nearby kykr village and leave it there to hopefully be raised by its peers, rather than leaving it to die in the forest.

In the very rare case that a silfr falls in a mutual love with a kykr, she will leave her coven to come live with the father of the child, and allow the child to grow up together with its parents. These families are often found in secluded farms near forests and as most children born will be born with telltale silfr-like traits, such as green eyes, pale green skin and green hair. These children are closely protected by the family. The mother herself usually uses a combination of magic and makeup to pass herself off as a vindral, in order to not face persecution. She must also learn the customs of the area in order to pass as a kykr.

Any family discovered to house fay-bloods or a pureblood fay risk severe persecution by their peers. Some lords protect these families through law, but most of them will be lynched or burned by the other villagers, regardless of law and quite often, the law will turn a blind eye to this. The fay are the ancestral enemies of the kykr and this animosity is not easily forgotten.

Scholars have long wondered how a species with only a single sex, incapable of reproduction, could possible evolve and survive. What the kykr scholars fail to take into considation is that the fay are governed by entirely different laws than the kykr. The fay are magical and of nature.

There's a myth that states that in the beginning, the silfr had males and females, but because of their ravenous nature, they upset the delicate balance in nature and were cursed by Ayla to never again bear male offspring and thus having to rely on another species for procreation. She said that for the silfr's murderous nature, they would be forced to see their species slowly wittle away, watering down their genes until they were no more.

But the silfr were inventive and powerful. Through complex rituals of fay magic they made their genes strongly dominant so that even if they bred with other species, the majority of children would still be silfr. Unfortunately, they could not find a way to undo Ayla's curse entirely, so every child born was feminine. Over the course of a half a century, all the males died out and the silfr effectively turned into a monosex species who now had to rely on other, usually unwilling, species to procreate and survive.

The silfr have spread across most of Arjin, but are quite picky about their habitats. They can be found anywhere where there are deep, temperate broadleaf forests. There are phenotype variations among the silfr and some of them prefer colder, darker forests like the coniferous forests of the north. These silfr are often darker in color to better blend with the dark forests.

Being forest dwellers, they dislike large, open spaces. They make their homes in temperate leaf forests and commonly live in groups of 10-30 individuals. Silfr enjoy crafting and can make beautiful figurines out of stone and wood, and they also commonly make fairy stone circles near their habitat. These stone circles are usually made in semi-open areas of the forest, giving rise to the glades of the fay that kykr tell tales of.

The silfr are keen to put these villages near strong ley lines and nexuses in order to ensure that their magic is as strong as it can be. 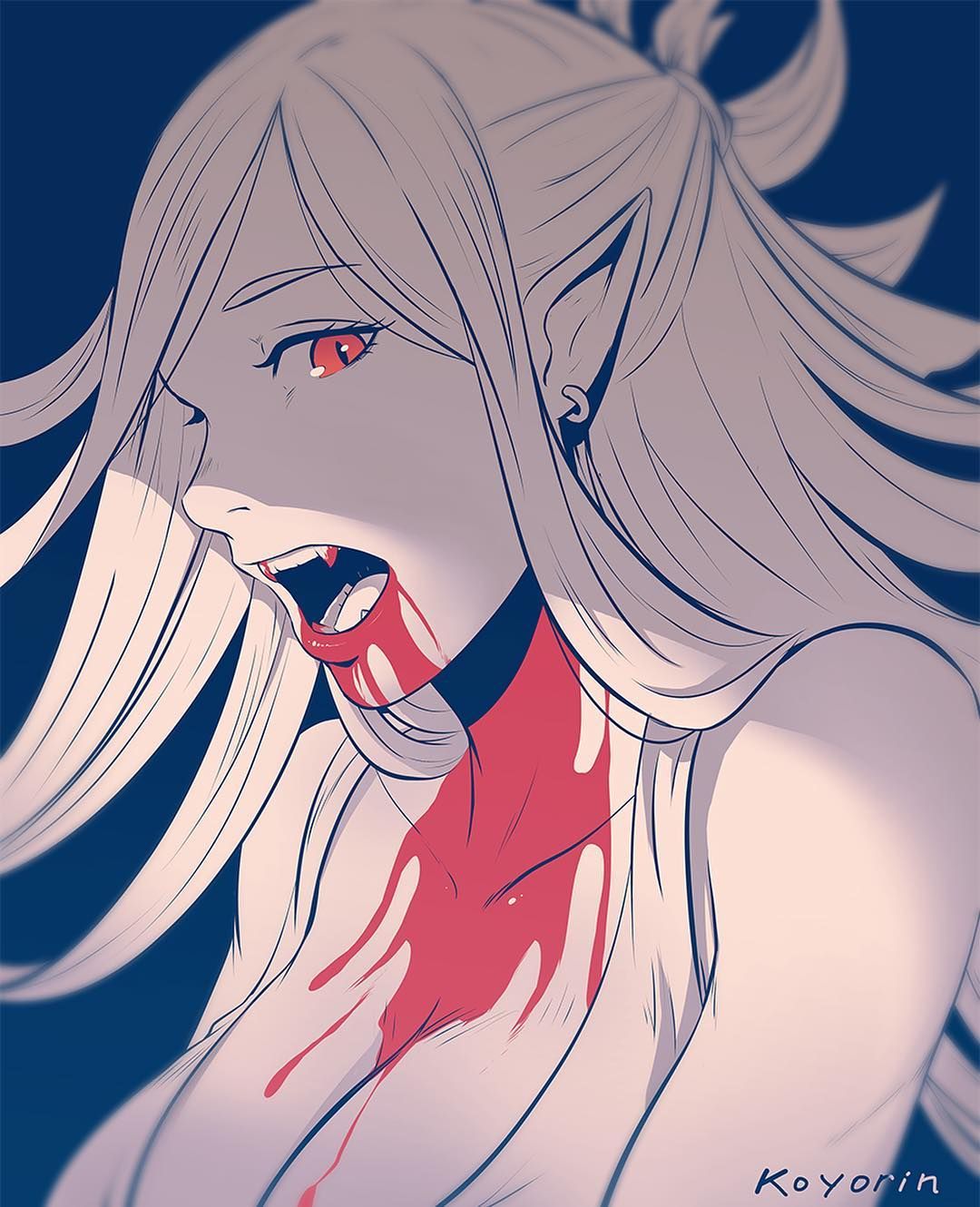 The fay are creatures who live in the wild and are opposed to the kykr races. Magically adept, cunning and very dangerous.

Those who are the unfortunate offspring of the fay.

The "kykr" are the dominant civilisation of the world, encompassing three sapient species: The Illim, the Vindral and the Kuna. They rule over the continent of Arjin in a diverse collection of cultures and nations.

The vindral are a minute, fay-like species belonging to the Trifolk Alliance and the Kykr culture. They are most known for their emotional detachment, sharp intellect and great ambition.

I think something weird is going on with your sidebar. Some of the stats and stuff are a bit jumbled! D:   Really fascinating species, especially the fact that they are only female and have to reproduce by some not-so-nice means. It's actually interesting that some fall in love with kykr and leave their coven. Must be hard unlearning the bloodlust.

Yeah the statblocks need an update. Something broke with them a while ago. It's on the todo list. :)

There. Should be better now.